It’s not always easy to spot a biopic or film that’s based on a true story. In fact, some of the most beloved movies of all time either feature storylines or characters inspired by real-life events and people. Often, it’s the strangest, most extravagant tales of larger-than-life characters that have more than a shred of truth in them.

From Chicago to Hustlers, here are 10 box office hits that you didn’t know were based on real stories. 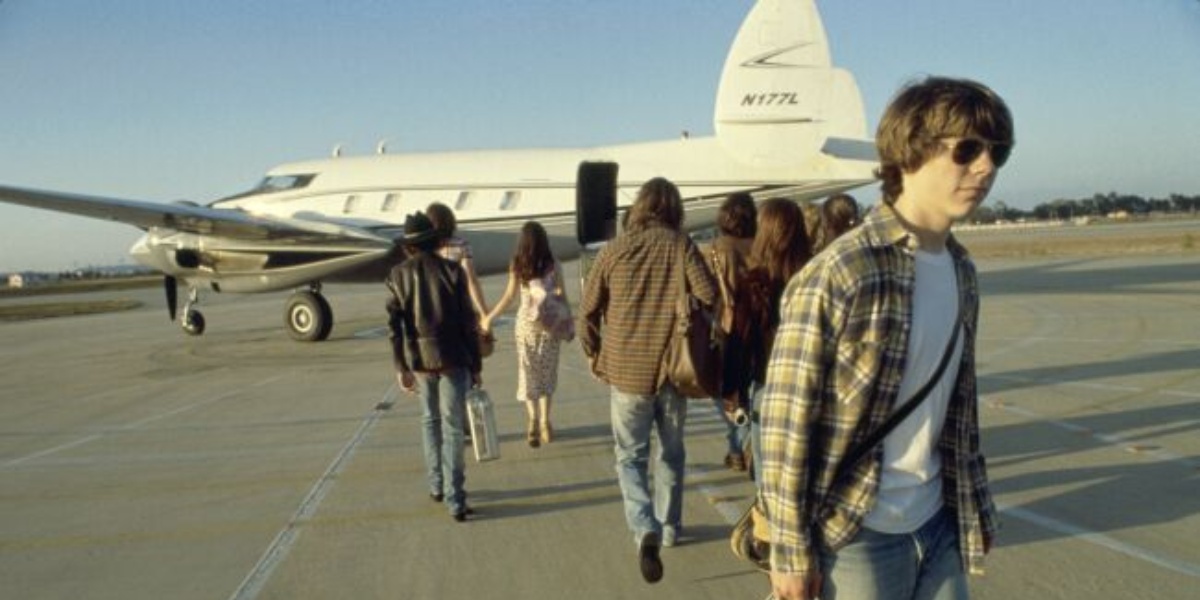 Almost Famous is a semi-autobiographical tale based on screenwriter Cameron Crowe’s years as a teenage rock journalist for Rolling Stone. He even went on the road with the era’s biggest bands, much like William Miller (Patrick Fugit) does in the film. There are way too many nods to 1970s rockers and band-aids to mention here, but the story goes that Russell Hammond (Billy Crudup) was inspired by Gregg Allman of The Allman Brothers Band and Glenn Frey of the Eagles.

Some of Penny Lane’s (Kate Hudson) moments come from the tales of famous groupies like Bebe Buell, but she was also a real person named Pennie Ann Trumbull who created the Flying Garter Girls, a group of women who traveled around the US as promoters for famous rock bands. Also, Frances McDormand and Zooey Deschanel play versions of Crowe’s mother and sister, respectively. 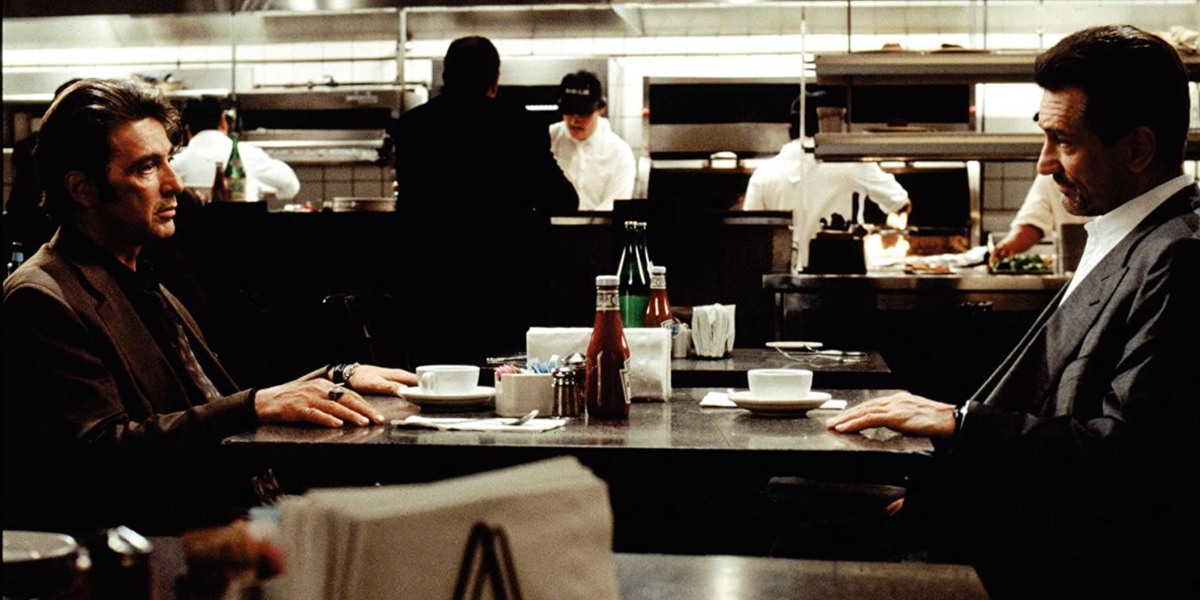 Michael Mann’s Heat is based on the true story of Neil McCauley (played by Robert De Niro), a criminal and ex-Alcatraz inmate who was tracked down by Detective Chuck Adamson, who largely inspired Al Pacino’s character, Lt. Vincent Hanna. In 1961, McCauley was transferred from Alcatraz to the McNeil Island Corrections Center, and upon his 1962 release, he immediately started planning new heists.

Detective Adamson began tracking McCauley around that time, and they even met for coffee once, just like that scene in the film, and their dialogue was based on McCauley and Adamson’s actual conversation. The burglary of the diamond drill bits manufacturer where McCauley and his crew used bolt cutters and drills and the armored car heist were real crimes recreated for the film. Adamson later became a film and TV producer, which is how he met Mann. 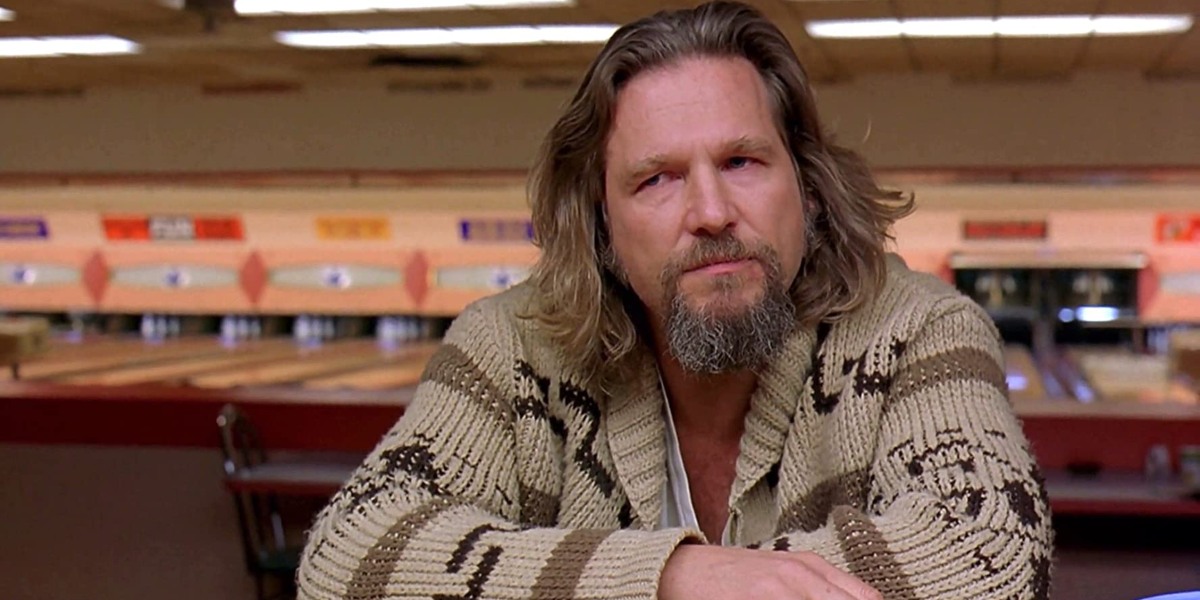 While the hit Coen Brothers film tells a fictional story, its titular character, Jeffrey Lebowski (Jeff Bridges), was inspired by a real person, Jeff Dowd. Joel and Ethan Coen met Dowd when he helped distribute their first film, 1984’s Blood Simple. Much like Lebowski, Dowd was a member of the anti-war group, The Seattle Seven, and referred to himself as “The Dude.”

Julianne Moore’s character, Maude, was based on experimental visual and performance artist Carolee Schneemann, known for her multimedia pieces on the body, sexuality, and gender. A barbecue at the home of screenwriting consultant and film professor Peter Exline — a friend of the Coens — was the source of the Walter Sobchak (John Goodman) quote, “Doesn’t this rug really tie the room together?” Exline also provided them with the tidbit about finding a child’s homework in his car after it had been stolen. 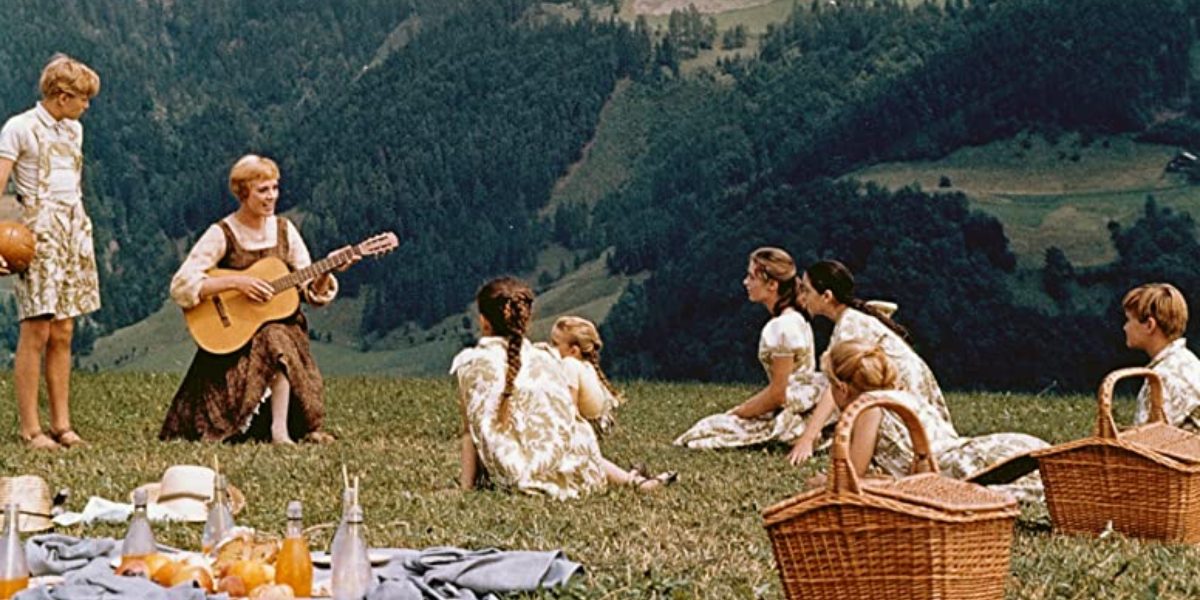 Maria von Trapp (Julie Andrews) was a real woman, although the classic musical film took liberties with her story. In real life, Maria grew up as an orphan before entering the convent as a novitiate on the path to becoming a nun. The abbess of the convent sent Maria to tutor one of Baron Georg von Trapp’s (Christopher Plummer) children, while in the film, she becomes governess to all seven kids. The widower and his children quickly fell in love with Maria, and the Baron’s proposal forced her to choose between her devotion to the church or her affection for this family.

She married the Baron in November 1927. The children didn’t begin their musical education until the 1930s, and after settling in America, the Trapp Family Choir made its debut at a concert in New York City. Unlike their film depictions, Georg was warm with his children and shared their love of music while Maria had a fiery temper. 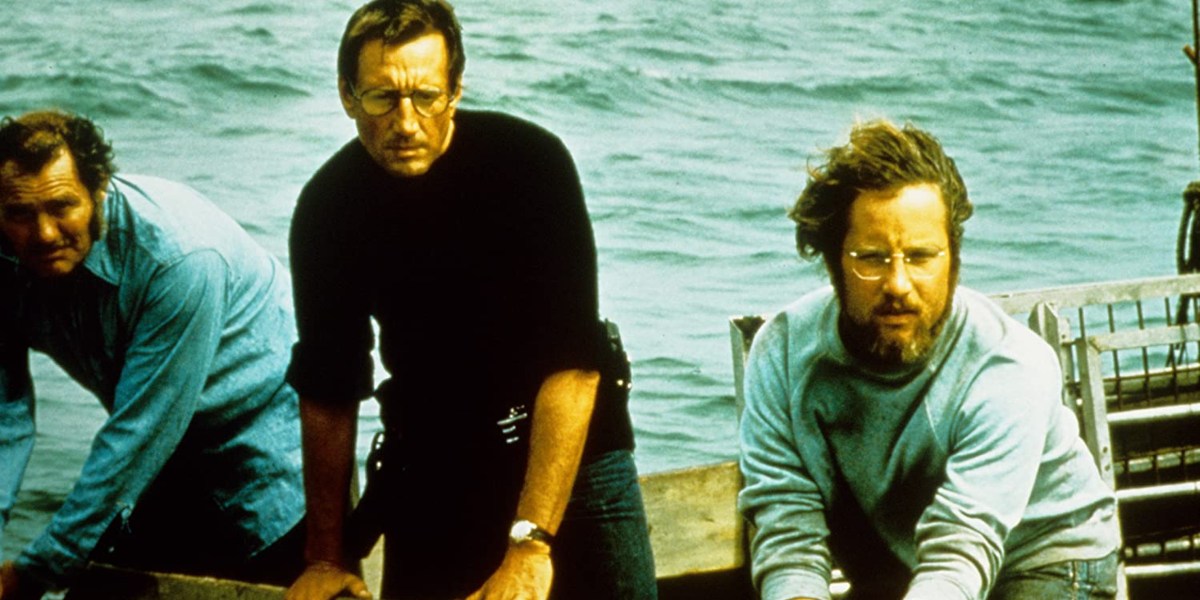 One of summer’s quintessential blockbusters was based on the best-selling novel by Peter Benchley. The tale was inspired by a 1964 newspaper article that Benchley read about a fisherman, Frank Mundus, who harpooned a 4500-pound great white shark off Montauk, Long Island. Benchley pondered what would happen if a similar shark entered the waters of a resort town, and the idea later manifested into the book. Quint (Robert Shaw) was inspired by Mundus, who later became a shark conservationist.

While there have been many claims over the years that Jaws was based on the 1916 Jersey Shore shark attacks, which claimed the lives of four people and injured one teen, Benchley denies that claim. There are some similarities — like the shark entering an estuary and killing someone — the 1916 shark attacks were likely caused by a bull shark and not a great white.

The Greatest Showman isn’t exactly a biopic, but Phineas Taylor Barnum, played by Hugh Jackman, was the real person who created the traveling three-ring circus dubbed “The Greatest Show on Earth.” In the film, business mogul P. T. Barnum comes up with the idea for a circus when he’s laid off.

In real life, Barnum worked in politics, the lottery business, newspapers, housing, and even penned a book before getting into the circus business in his 60s. Other characters based on real people include Barnum’s wife, Charity (Michelle Williams), opera singer Jenny Lind (Rebecca Ferguson), and Barnum’s protege, Phillip Carlyle (Zac Efron). The Bearded Lady, Lettie Lutz (Keala Settle), was based on Annie Jones, who joined the Barnum empire at just one year of age. General Tom Thumb (Sam Humphrey) was the stage name for Charles Sherwood Stratton, who joined Barnum when he was just four. Zendaya’s trapeze artist, Anne Wheeler, is a fictional character created for the film. 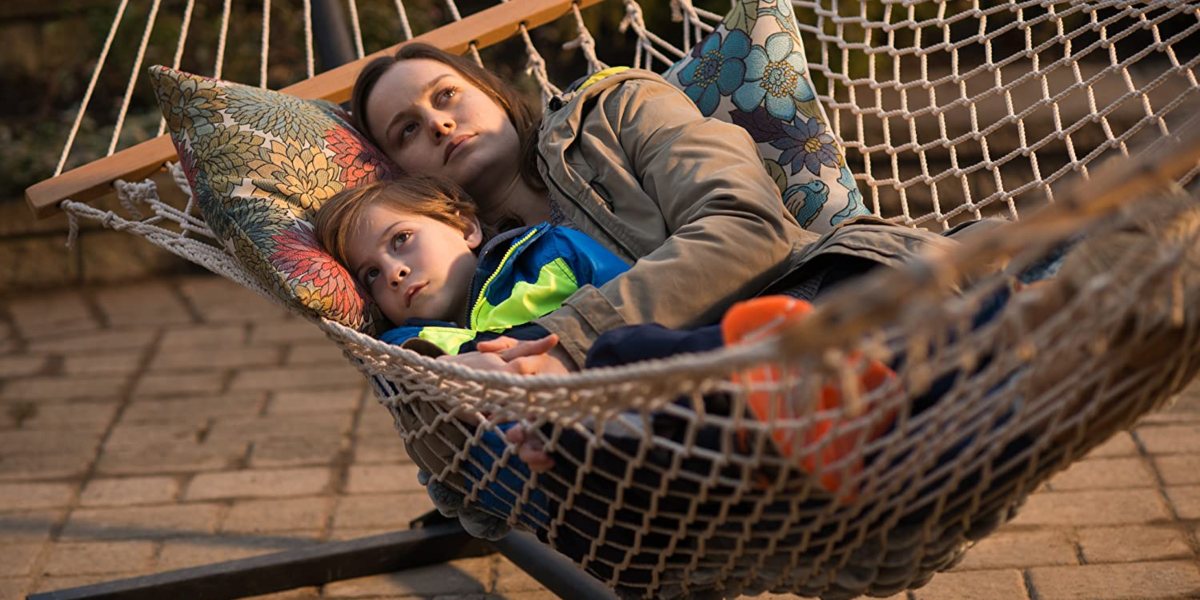 The film that nabbed Brie Larson an Oscar was based on the best-selling novel by Emma Donoghue, but did you know that it was inspired by the true story of Elisabeth Fritzl? Elisabeth was kidnapped by her father when she was 18 and held hostage in the basement of her parents’ home for 24 years.

Sexually, physically and psychologically assaulted by her father, Elisabeth gave birth to seven children while in captivity. Jack (Jacob Tremblay), is based on Felix, Elisabeth’s youngest child, who was five when their story came to light. Much like Jack and Joy, Elisabeth and her kids, known as the “Cellar Children,” had a TV that was their only connection to the outside world. Elisabeth also taught her kids how to read and write, creating a routine while keeping the truth about their situation from them. 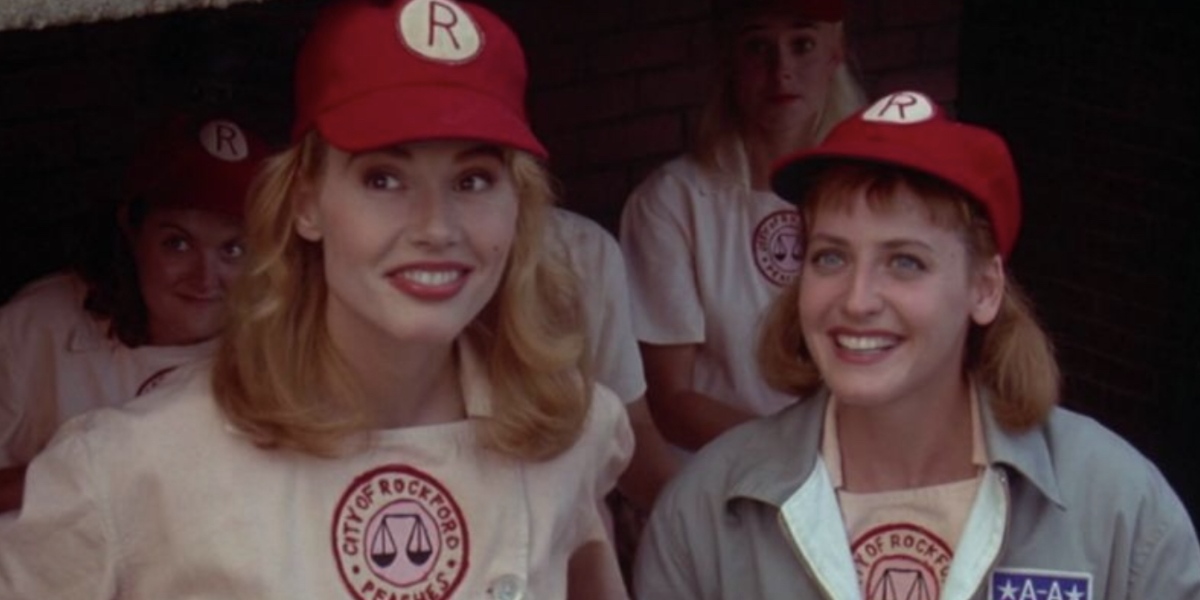 Not only was the All-American Girls Professional Baseball League (AAGPBL) a real thing between 1943 and 1954, the Rockford Peaches were one of the actual teams and was also the most successful during its run with four championships. In the film, Dottie Hinson (Geena Davis) was inspired by the real face of the Rockford Peaches, Dorothy “Kammie” Kamenshek, a left-handed first baseman and outfielder who was the league’s most powerful hitter. Hinson retires after just one season, but Kammie played on the Peaches for ten seasons.

And while the Racine Belles won the first AAGPBL championship, the team they beat was the Kenosha Comets and not the Peaches. Walter Harvey, a fictional version of league founder Wrigley, was played by Garry Marshall, brother of director Penny Marshall. Jimmy Dugan, portrayed by Tom Hanks, was a hybrid of two iconic ballplayers from that era: Jimmie Foxx and Hack Wilson, both of whom drank themselves out of their careers. 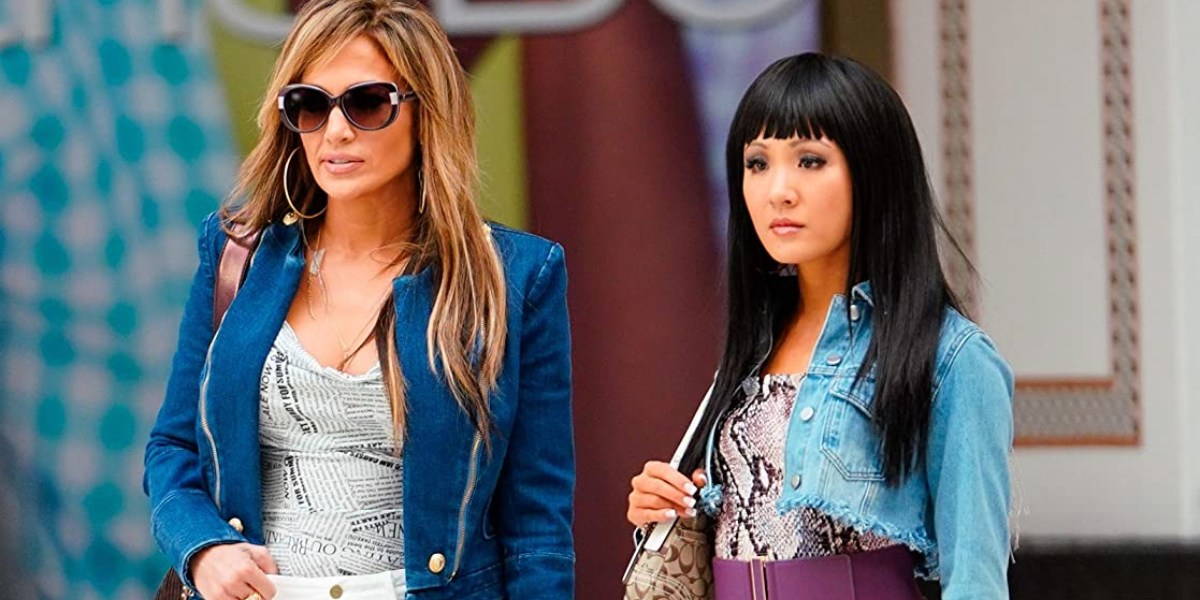 This film about a group of former strip club employees who extorted their Wall Street clients was based on a 2015 New York Magazine article by Jessica Pressler. Roselyn “Rosie” Keo and Samantha Barbash were the best friends turned ringleaders in the scheme to drug men and charge thousands of dollars to their credit cards at clubs across NYC. Barbash and Keo were both charged with two counts of conspiracy, four counts of grand larceny, two counts of assault, and three counts of forgery. They plead guilty and were sentenced to five years’ probation.

In the screen adaptation of the story, Keo became Destiny (Constance Wu) and Ramona (Jennifer Lopez) was inspired by Barbash. Their business partners — Karina Pascucci and Marsi Rosen — became the characters Annabelle (Lili Reinhart) and Mercedes (Keke Palmer). Author Jessica Pressler was also incorporated into the film in the character Elizabeth, played by Julia Stiles. 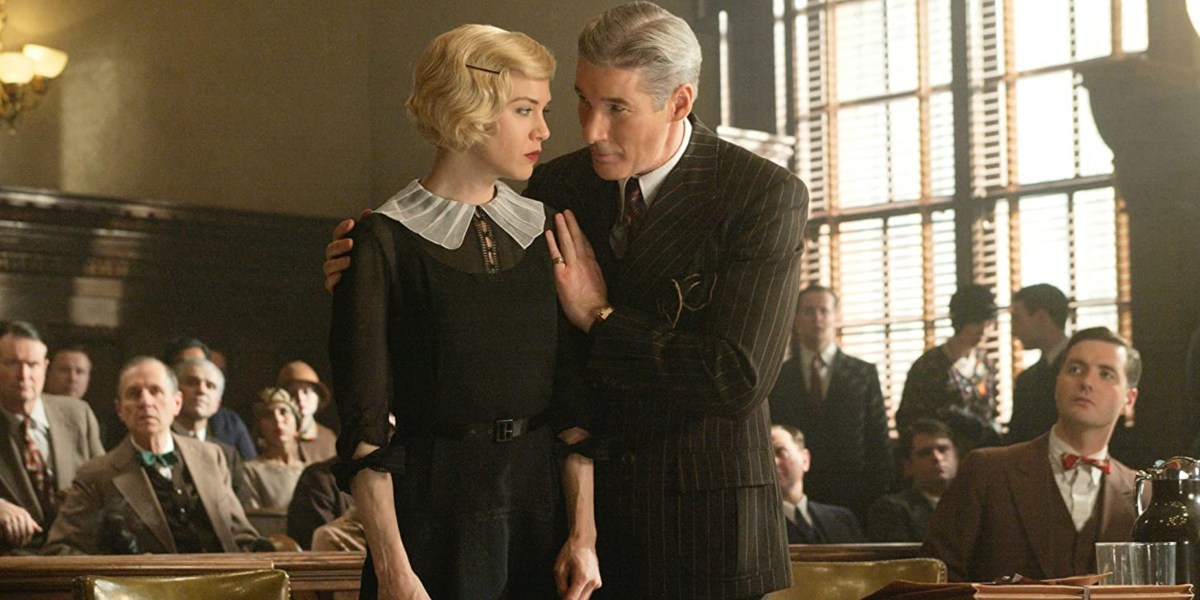 The Oscar-winning musical about two fame-hungry death row inmates in 1920s Chicago is rooted in a couple of true crime tales from the Jazz Age that have been given the stage and screen treatment several times over the past 100 years. Roxie Hart (Renée Zellweger) is based on real-life murder suspect Beulah Annan, known as “Chicago’s Jazz Killer,” a married woman who allegedly shot her boyfriend, Harry Kalstedt, and watched him die as she played a foxtrot record on repeat while drinking cocktails for about four hours.

Beulah’s husband, Albert, stood by her side throughout the trial and made sure she had the best representation, but she dumped him the day after her acquittal. Velma Kelly (Catherine Zeta-Jones) was inspired by Belva Gaertner, a woman who allegedly shot and killed her married lover after a night of drinking at Chicago’s bars and jazz houses. She was also acquitted.

a league of their own, Almost Famous, Chicago, Hustlers, Jaws, The Big Lebowski, The Greatest Showman, The Sound of Music