The long single shot in Hollywood is no longer a novelty item, but somehow with Sam Mendes’ 1917, he makes it feel new again. It’s no longer the “how” of a sustained long shot that follows characters and seemingly impossible action, but rather the “why.” Here, viewers are thrust into the boots of a solder on a singular mission behind enemy lines.

Though comparisons to Dunkirk are most likely, in terms of being transported into a visceral experience, 1917 actually draws a closer parallel to Alfonso Cuaron’s Gravity. Meant to give a first person perspective of a character — in this case, young British soldier Lance Corporal Schofield (George MacKay) — enduring a perilous journey, it shares that same sensory overload. 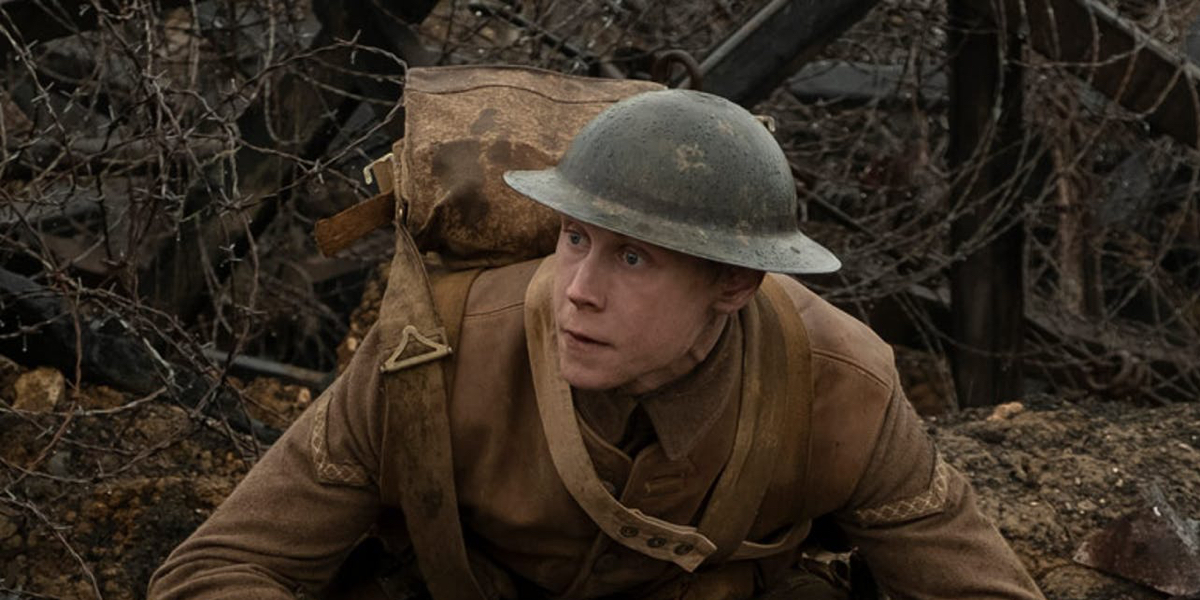 With this, however, 1917 nearly teeters into video game territory. Since plot is limited, and you’re following a single protagonist on a harrowing trek from point A to point B, it feels like a mission out of something like Call of Duty. It even feels complete with side missions and NPCs our protagonist comes across as small refrains from the main mission.

Putting the plotting of 1917 in such simple terms, however, diminishes the decidedly impressive technical work on display. Expect this movie to clean up in the technical awards during the Oscars, including sound mixing, editing, production design, score and cinematography. The latter two, especially, stand out as the very best of the year.

The score from Thomas Newman is both ravishing and gripping, capturing explosive and solemn moments alike. And master cinematographer Roger Deakins is on his way to a second Oscar with his astonishing camerawork, capturing somehow beautiful landscapes across a ravaged battlefield. 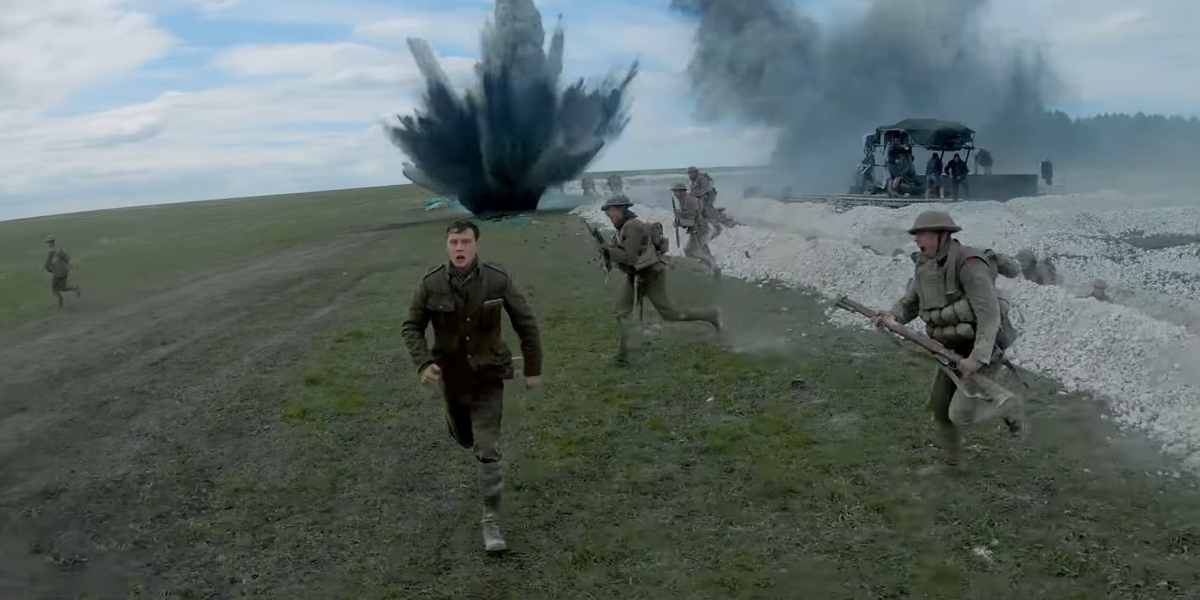 While Christopher Nolan’s Dunkirk made war feel like a blur of non-synchronous time, a never-ending feedback loop of anxiety, suspense and dread, Sam Mendes’ 1917 plays with time in a different way. Here, time marches along linearly and painfully.

There is an urgency of the real-time single shot structure, knowing the two hour runtime is going to be a long haul of forward momentum, with barely a moment to breathe. Although, by the time you get to the end of Lance Corporal Schofield’s mission, a poignant, elliptical structure to the movie fully reveals itself, and it’s nearly overwhelming in its implications.

For a movie with such technical prowess on display, it’s a blessing that characterization isn’t skimped on and is arguably even more fleshed out than in Dunkirk. As Schofield, George MacKay carries the weight of 1917 on his shoulders. A lack of context to what he and his partner on the mission, Lance Corporal Blake (Dean-Charles Chapman), are tasked to do means the audience must glean what they learn from the characters’ emotions and interactions.

MacKay and a cast of supporting actors, including Colin Firth, Benedict Cumberbatch and Richard Madsen all add propulsion to the proceedings. The mission at the center of the story, that of delivering a crucial message in the heart of enemy territory to stop an attack that would save 1,600 lives, feels both extremely personal and high stakes.

One magnificent sequence, among many worth pointing out, is also featured in the trailer, when Schofield runs head-on toward camera avoiding a battlefield flooding with rushing soldiers and unpredictable explosions. It’s a masterwork of visual effects artistry, something Disney thinks it’s constantly pulling off when its not. It’s highlight moments like these scattered throughout 1917 that make it worth seeking out on the largest screen possible.