Movies about nice people proving their niceness are a rare breed. More often than not, there’s some ulterior motive or secret informing their niceness as a performance. And then there’s the story of Fred Rogers and his friend Lloyd Vogel in A Beautiful Day in the Neighborhood.

Tom Hanks and Matthew Rhys bring us the story of Fred Rogers and Lloyd Vogel. When Vogel, an investigative reporter for Esquire Magazine, gets assigned a quick character profile of an American hero, children’s show host Mr. Rogers, he is completely unaware of how drastically his life will change for the better. 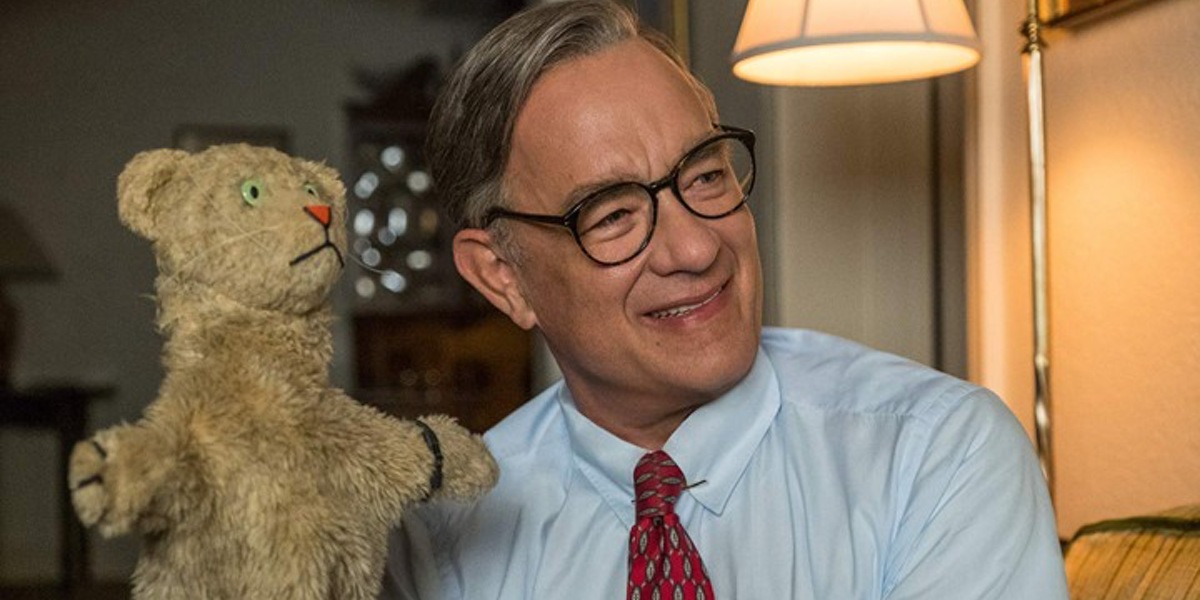 A Beautiful Day in the Neighborhood‘s impact will undoubtedly be dwarfed by Frozen 2 this weekend, but it has enormous value to the people who choose to see what kind of difference one man can make. By truly, wholly caring about one man, Fred Rogers changed an entire family for the better.

This movie, much like the Mr. Rogers’ Neighborhood program, shows the truth for what it is. We don’t see a lot of sugar-coating or waxing poetic in this film. We just see one man, one wonderful, generous, smiley man, doing his part to bring goodness into the world. How Matthew Rhys’ character, Lloyd Vogel, sees this goodness is where things get interesting.

As an investigative reporter, it’s no shock that Vogel can’t believe what he’s seeing. He is set firm in his belief that Mr. Rogers is a character that Fred Rogers puts on every morning when he steps foot in his studio. Vogel is determined to prove that behind this kind-hearted, bumbling hero is a deeply-troubled, perhaps even drug or alcohol addicted lost soul. How else could he possibly endure putting this show on day after day after day? 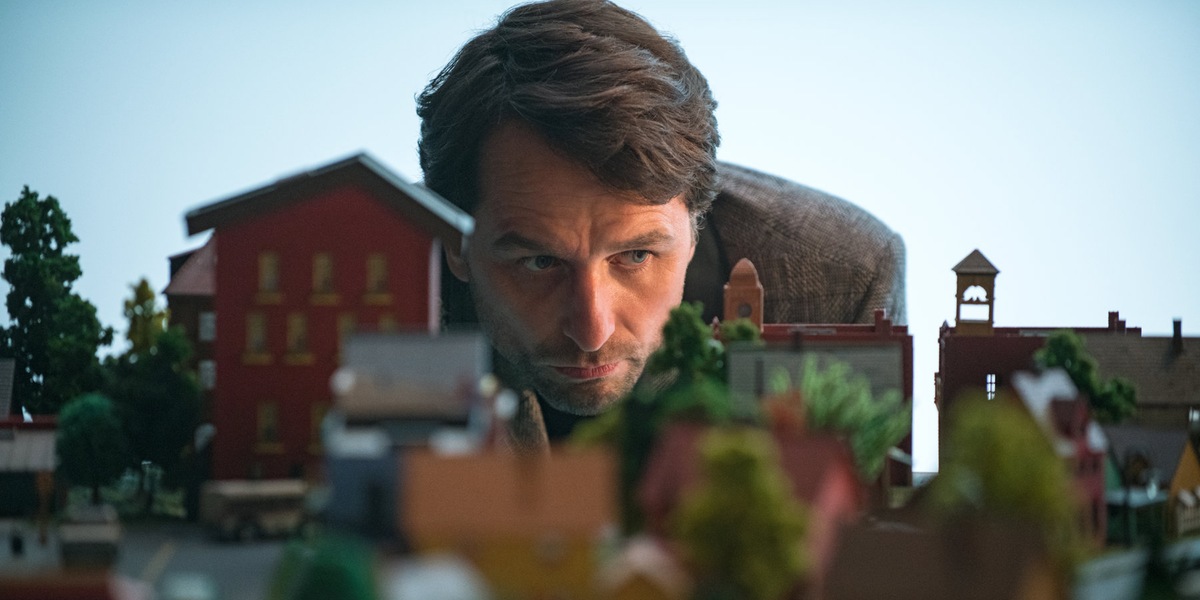 Vogel’s determination to uncover the truth about Rogers drives him to revisit the man again and again, despite being told by his wife and his boss that his attention needs to be at home, on his family, and on the job he has always done. This 400-word assignment was supposed to give Vogel a brief respite from his normal assignments, and perhaps, even, to give readers a chance to see that he can write something more than hard-hitting news pieces, too.

No one expected Fred Rogers to save Lloyd Vogel from making the biggest mistake of his life.

I don’t want to spoil the magic of watching Hanks emote all of Mr. Rogers’ goodness and joy as we watch Vogel’s life change in A Beautiful Day in the Neighborhood. I don’t want to spoil you on how quiet and calm the Mr. Rogers’ Neighborhood set is compared to what we’re used to seeing the film industry portrayed as. The magic in this movie is all about watching the difference one man can make and it’s best to just see for yourself.

I don’t really know what I expected walking into this movie. I think maybe I wanted it to be more of a portrait of a complex man. I wanted to see what Vogel thought he’d see. That the Mr. Rogers on screen and the Fred Rogers off screen were not, in fact, the same person. I think I wanted to see how portraying Mr. Rogers on screen for all those years was a blessing to a different, but wonderful man. What I got was decidedly different from all that. I saw that there was no difference on or off camera for Fred Rogers. He simply was the kind, tender soul he brought to TVs everywhere. 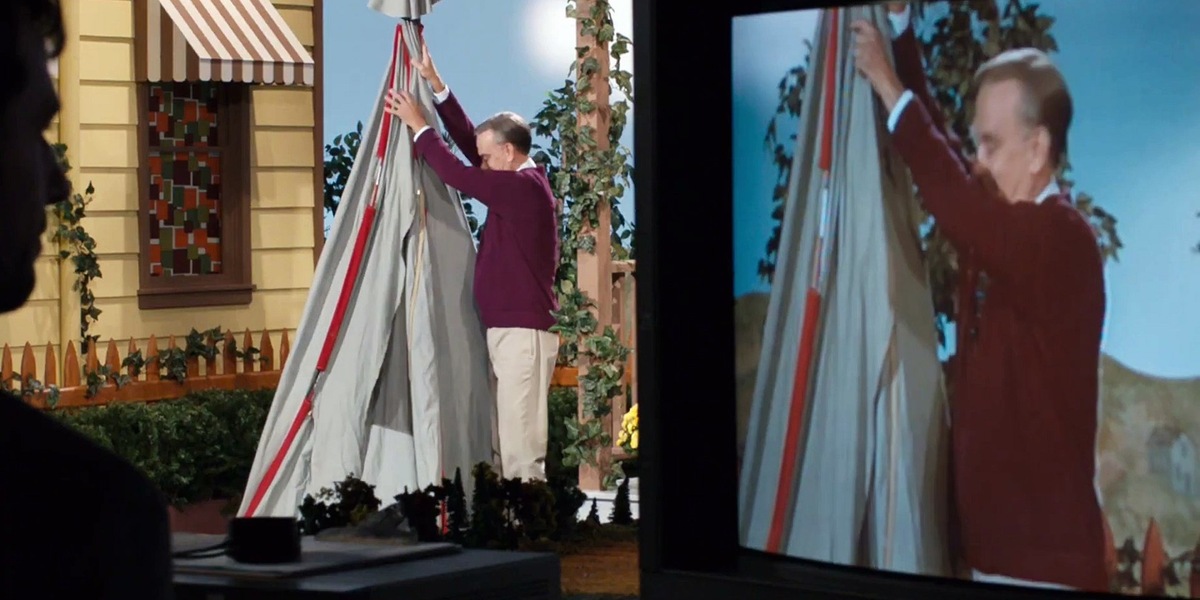 I suggest that if you tuned in as a child to see Mr. Rogers change his sweater and settle in to talk to his audience, if you loved the magic of the trolley taking you to the Neighborhood of Make-Believe where you could check in on Daniel and King Friday the XIII, you should tune in to A Beautiful Day in the Neighborhood as an adult to see how the truest power in Mr. Rogers’ mission was his authenticity and unwavering kindness.

This film is anchored by a couple of stoic and understated performances from Tom Hanks and Matthew Rhys. A Beautiful Day in the Neighborhood truly would not have an ounce of its emotional resonance without the chemistry those two men brought to the screen. From their initial, stilted introductions, to the heart-warming simplicity of their last interaction, Hanks and Rhys brought magic to life in a delightfully complex way.

A Beautiful Day in the Neighborhood is playing now in theaters nationwide.