There is a musical all about Game of Thrones‘ House Tyrell out there, and now you can listen to some of the music!

Here at Hypable, we love to champion stage shows about an under-looked House in a massively popular fantasy franchise. Back in March, the Dixon Place presented a workshop of Tyrell, a musical all about (you guessed it!) House Tyrell, and we went to check it out.

The musical, billed as a parody-prequel, serves to tell the story of House Tyrell’s three most iconic characters on the eve of the events of Game of Thrones. In Highgarden, the characters are free to scheme and to sort out their feelings.

The show is a charming slice of life for some of Westeros’s most sympathetic characters, and when this writer saw it, it was apparent that it was a show that could grow stronger and become something great.

Now, seven songs from the musical have been released on a concept album: a recording of seven highlights (out of the dozen songs in the full-length piece).

The songs on the concept album

The writer of Tyrell, Alex Ratner, has a very good grasp of what feels right for a story set in Westeros. This is apparent from the very first song on the album, “The Maids That Bloom in Spring.”

This song serves to both set the tone for the album and act as a motif throughout the musical. Its haunting melody and macabre ending feel completely at home in Westeros.

The songs are long and luxurious; a chance for the cast of three to really dig deep and tell a story. This is an album where you want to sit down and give it your full attention, to appreciate the clever wordplay, particularly the standout mid-show numbers, “Skin in the Game” and “Rains of Castamere.”

The former is a delightful lesson from Olenna to Margaery about how to play the woman’s game of thrones: though the use of fashion and feminine wiles. The latter lean’s into the rose motif and references the iconic “Rains of Castamere.” 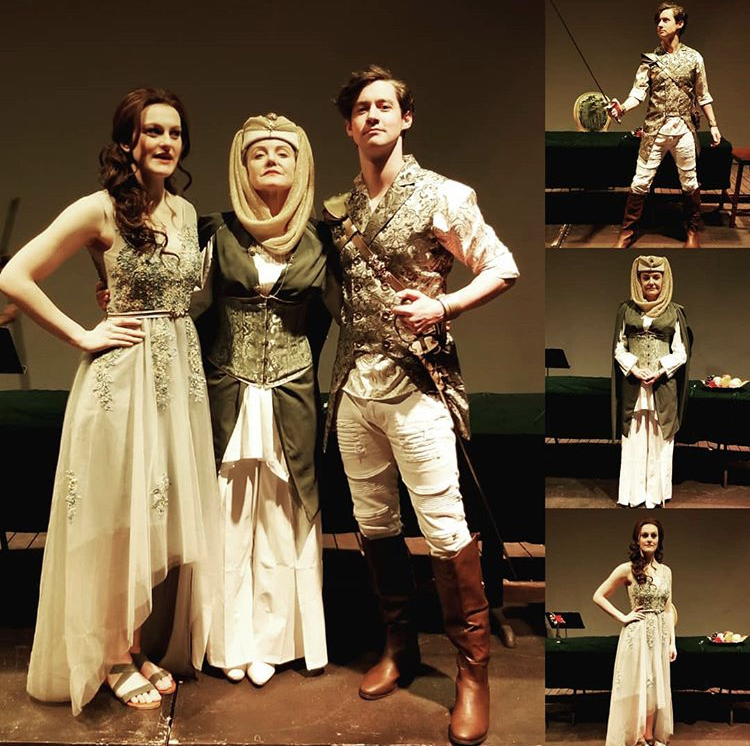 In fact, there’s really only one weak spot in the album: Margaery’s solo, “Appetite.” It fails to elicit sympathy for Margaery, which is what you’d want from the second song in a show.

It also captures the biggest issue with the show as a whole: the prescience of the characters regarding how the whole series shakes out. Everyone seems to be able to perfectly predict the Lannisters’ behavior. And the show argues that Margaery always had her sights set on Joffrey, which doesn’t gel with the whole Renly chapter of her life.

But the concept album does give each of its three stars a powerful solo to showcase their characters. “All a Knight Should Be” makes us fall in love with Loras, as he sings his heart out about his knightly aspirations and his love for Renly.

“Lady in Waiting” is a perfect “I Want Song” from Margaery (somewhat confusingly, placed towards the end of the show), a slow simmer that really soars as it goes along.

And the album ends with a long number for Lady Olenna, at long last showing a vulnerable side to the Queen of Thorns. After spending the whole musical plotting and scheming with Margaery, here she sings about love to Loras, telling him a story from her youth.

It’s a story of how she was engaged to Daeron Targaryen, but she released him to pursue his love and became a Tyrell instead. This story does come from Westeros lore, as Lady Olenna was engaged to a Targaryen, but it’s a very cool further development of a very deep cut of Westeros lore.  The telling of the story in this song is totally in keeping with the spirit of Olenna’s stories.

After listening to the album, we trust that you will be as eager as we are to see the whole piece. We asked Alex Ratner about what the future of Tyrell is. He told us that the hope is to have one more developmental workshop for the show to further improve it, and then to pursue a film adaptation (preferably shooting at a proper castle!). If there is commercial support for the project, the film (about the length of a GoT episode) would be released online. 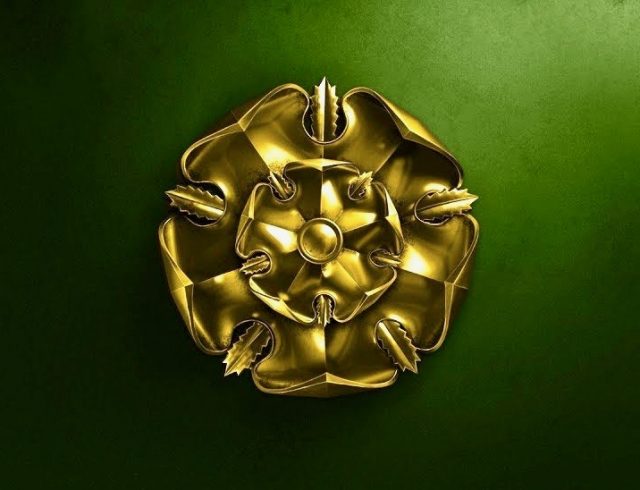 So, if you’d like to hear more from the Tyrells, share this concept album with the wider Game of Thrones fandom — listening to the album is a much more satisfying experience than watching the last season was, so hopefully it can rekindle some affection for the world of Westeros.

Tyrell: The Original Concept Album is available to stream on Spotify or Apple Music, or can be bought on iTunes for $6.