Apple TV+ launches November 1 and boasts the post-apocalyptic See as one of its many new series.

See takes place centuries after the world as we know it has collapsed. A virus wiped out most of humanity, and those who survived went blind. Generations later, the people of Earth have lived on, but without the ability to see.

When a pair of twins are born with the gift of sight, it brings trouble to Baba Voss’ (Jason Momoa) doorstep. Queen Kane searches for the children’s father (Jerlamarel, played by Joshua Henry) and will stop at nothing until she finds him.

I’ll admit that my initial interest in this series began and ended with Jason Momoa. It gave me serious Frontier vibes, and I figured it could fill the void until the show came back.

What I found in See was much more than I ever expected, and after watching the first three episodes, I can definitively say that it’s seriously making me consider an Apple TV+ subscription.

Like most series, the pilot episode of See starts off a little rough. It is a beautiful show, between the sweeping landscapes and the stunning cinematography. The opening moments of the series remind me of Momoa’s work on Frontier, which is nothing short of a compliment.

See relies on some of the same natural sets: that of dense forests and tall mountains. We see Baba Voss fighting side by side with Native American warriors, much as he does in Frontier. Even the battles are just as well-coordinated and gruesome. I expect there will be some crossover between audiences.

But the shows are two very different creatures. We are dropped into the world of See with only a few title cards to explain what we’re about to watch. The premise is easy to understand, but I was curious about the execution. How would the show handle an entire world full of people who can’t see?

Luckily, Apple and the creators of See brought in a consultant and worked with blind and low vision actors. This shaped the story and how it was executed, and as Joe Strechay says below, this series depicts blind people as warriors and lovers, heroes and villains.

Blindness consultant Joe Strechay (@jstrechay) on his involvement in Apple TV's #SEE: "We were hiring persons who were blind or low vision to be actors… We had people in the background who were deaf or hard of hearing, people with prosthetic legs or Cerebral palsy" pic.twitter.com/cljc9KKXsm

The intricacies of how the show displays these measures takes some time, but by episode 3, it’s obvious they’ve thought deeply about how blindness would affect us as a human race. What I found particularly enthralling was the fight choreography, which is not restricted by the characters’ blindness, but enhanced by it.

There is a scene in the third episode that completely blew my mind. One minute, you think Baba Voss is walking into an impossible scenario, and the next, you’re finally shown what he is truly capable of.

This series brushes up against the mystical. While the human race is, for the most part, totally blind, their other senses are enhanced. We see characters who can smell a myriad of scents on the wind. Others can taste the air and tell you what is just out of reach. Some can hear the tiniest of sounds or feel the slightest of vibrations.

Paris (Alfre Woodard) has senses so attuned to the world around her that she is practically clairvoyant. It begs the question whether this is adaptation or mysticism, but the show isn’t worried about giving us all the answers up front. Though it seems clear that the people of this Earth believe in magic, it’s also clear that much of what they are incapable of understanding does in fact come down to science they no longer have knowledge of.

It is a post-apocalyptic world that has slipped back in time, not unlike Into the Badlands or The Shannara Chronicles. I honestly can’t imagine a world in which I wouldn’t enjoy See on multiple levels.

However, an interesting concept only goes so far. You must have excellent writing and incredible actors.

I’m waiting until I see the entire eight-episode run before I speak too highly of the writing. Right now, we’re still getting to know everyone and exploring the world in which these characters exist. Episodes 4 and beyond will, hopefully, delve deeper into the overarching plot of the story. Only then will we be able to judge how cohesive that story really is.

Luckily, it’s already easy to see that everyone involved in this show has brought their A-game. 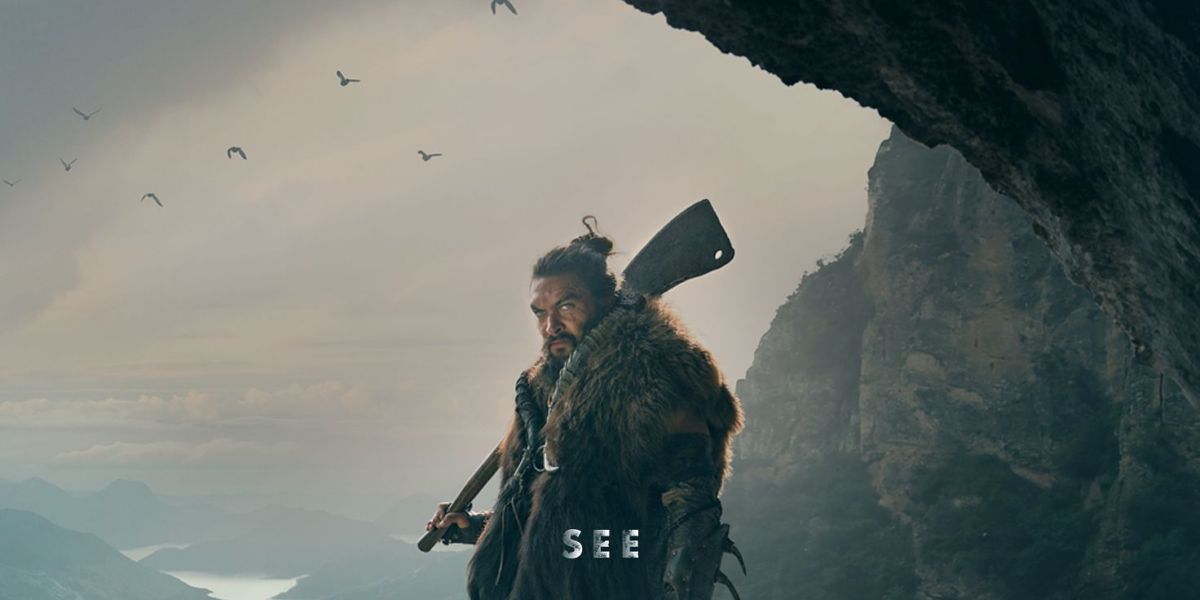 Momoa has made a name for himself as the biggest man in the room, and though there’s the added complication of playing a blind character, this is much of the same for him. Still, he does what he does best, and he’s the best at what he does. You can see the fatherly affection in his voice and his desire to be gentle while combating his nature as a ruthless warrior capable of tearing down men in droves.

The only person who can stand toe-to-toe with Baba Voss is Paris. Alfre Woodard may not be a fighter, but she brings a weight to this role that can quiet even a man like Baba Voss. Every word she speaks is powerful, and I find myself drawn to her whenever she is on screen. It’s clear she knows more than she’s letting on, and I can’t wait to dig into her backstory.

I also can’t wait to learn more about Hera Hilmar’s Maghra. She’s an interesting balance to Baba Voss’ huge persona. She’s smaller and quieter, but equally as strong. She is her family’s rock, and it’s clear she’s been through as many battles as Baba Voss, even if her skin is not as scarred. We don’t know much about her in the beginning, but by the time See episode 3 ends, it’s clear we’re about to find out.

The other major player in this series is Sylvia Hoeks’ Queen Kane. She has a slight figure, a high voice, and a relatively quiet demeanor, and yet she scares me more than anyone else on the show. She’s cunning and intelligent, and she keeps her people in line with a mixture of fear and reverence. She spends dwindling resources on an impossible dream, and yet she convinces her subjects that she does it all for them.

Archie Madekwe as Kofun and Nesta Cooper as Haniwa are twins who clearly have a major role to play moving forward. They are night and day from each other, and yet while Kofun pushes his sister to be careful, Haniwa pushes her brother to dream bigger. They have a lot to learn about a world that fears them, and I can’t wait to see how they continue to navigate through life.

Though we don’t know much about Bow Lion yet, she adds a new dynamic to the show that I hope we can explore further. I can’t give anything else away for fear of spoilers, but I hope she gets more of the spotlight in upcoming episodes.

Though Apple TV+’s See started off on rocky footing, I guarantee you’ll be swept away by the series if you give it a chance. There’s a lot of potential here, and I’m hoping the remaining five episodes deliver on the promises these first three have given us.

See premieres on November 1 with the launch of Apple TV+. The first three episodes are available at launch, and one new episode will be released every Friday for the remainder of the season.