On Arrow season 8, episode 2, the Monitor is angry at Oliver for intervening in the affairs of Earth-2’s residents, and especially for saving Laurel from the anti-matter wave that destroyed her entire world, changing her fate.

Arrow season 8, episode 2 is incredibly intense and quite sad. The montage at the beginning of the episode, showing those Oliver has loved and lost over the years, paired with Laurel’s grief over losing everything and everyone, is quite depressing. But it’s important and shows just how far Oliver has come on his journey since returning from Lian Yu and what’s at stake if “Crisis on Infinite Earths” isn’t stopped. In short, it’s a very emotionally charged episode.

While the stakes were a bit lower in this episode, as is to be expected, the hour still spent a decent amount of time continuing to set up the “Crisis on Infinite Earths” event coming later this year. The Monitor is already becoming Oliver Queen’s antagonist for the season, which is both expected and unexpected.

Though I can’t help but wonder if he’s really the Anti-Monitor. Why would he need a scientist capable of creating a deadly virus? Why would he need dwarf star from Earth-2? How did Oliver and Diggle just so happen to escape Earth-2 before anti-matter wave enveloped them, and why was the Monitor so angry Laurel was saved? Isn’t the point of Oliver helping the Monitor to save lives? What would Laurel’s death have offered? There are so many questions and his motivations, currently, aren’t making sense, so I’m beyond excited to (hopefully) learn something about him during Oliver’s trip to Nanda Parbat on Arrow season 8, episode 3 (directed by the wonderful Katie Cassidy-Rodgers). 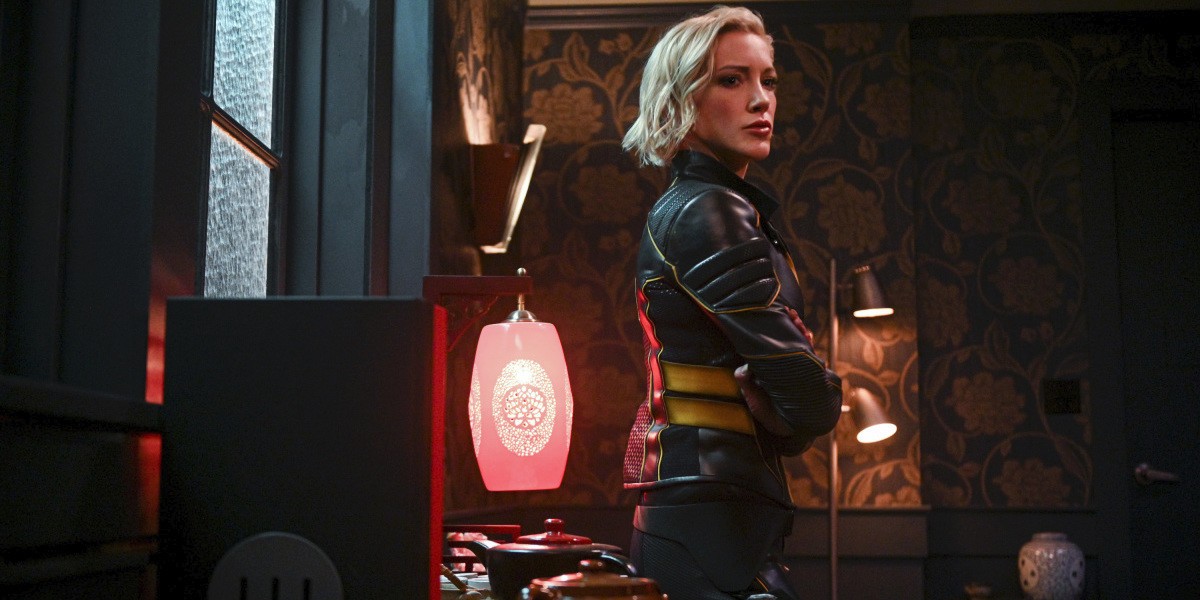 The brutal loss of Earth-2

God, Katie Cassidy-Rodgers killed her performance on this episode as Laurel dealt with the grief and guilt over losing her entire universe. Adrian, her sister, Tommy, Moira, and every other person Laurel grew up with and everything that was familiar to her is now gone. No one can truly understand what she must be feeling after this. It was only natural for Laurel to take her anger out on someone, and Oliver was just, like, standing there, waiting for her to do so. His appearance on Earth-2 coincidentally happened near the same time, so can we blame Laurel for trying to put a face to all of the many emotions she’s feeling?

I’m thankful that, despite only having a limited number of episodes left, the writers took the time to explore Laurel’s feelings, and had her work through them (as best she could) to join Oliver on his mission for the Monitor to stop “Crisis on Infinite Earths” before more worlds are destroyed. The Oliver/Laurel dynamic during this episode and Arrow season 8, episode 1 truly show how far these characters have come, and I’m excited to see their friendship continue to grow as their mission becomes more dangerous.

The new relationship between Laurel and Lyla was also a pleasant surprise. It’s nice to see others outside of Team Arrow accepting Laurel from what she’s done in the past and who she’s trying to be. Female friendships are scarce on this show, as we all know, so it was just great to see two strong women interacting and, surprisingly, not fighting… for once. 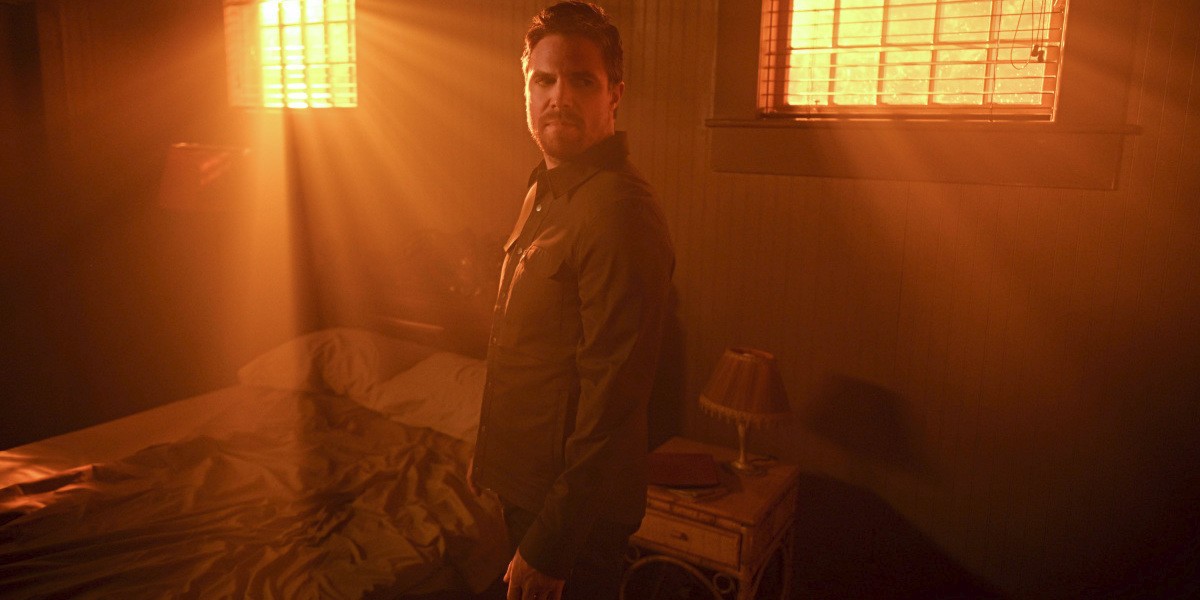 Like the premiere, seeing old, friendly (and not-so-friendly) faces is wonderful, and really puts Oliver’s journey in perspective. It feels like Tatsu was on Oliver’s side so long ago, yet they picked up right where they left off in their friendship. China White, on the other hand, is still a wonderful villain. And, I mean, someone has to eventually stop her for good before Arrow ends, right? 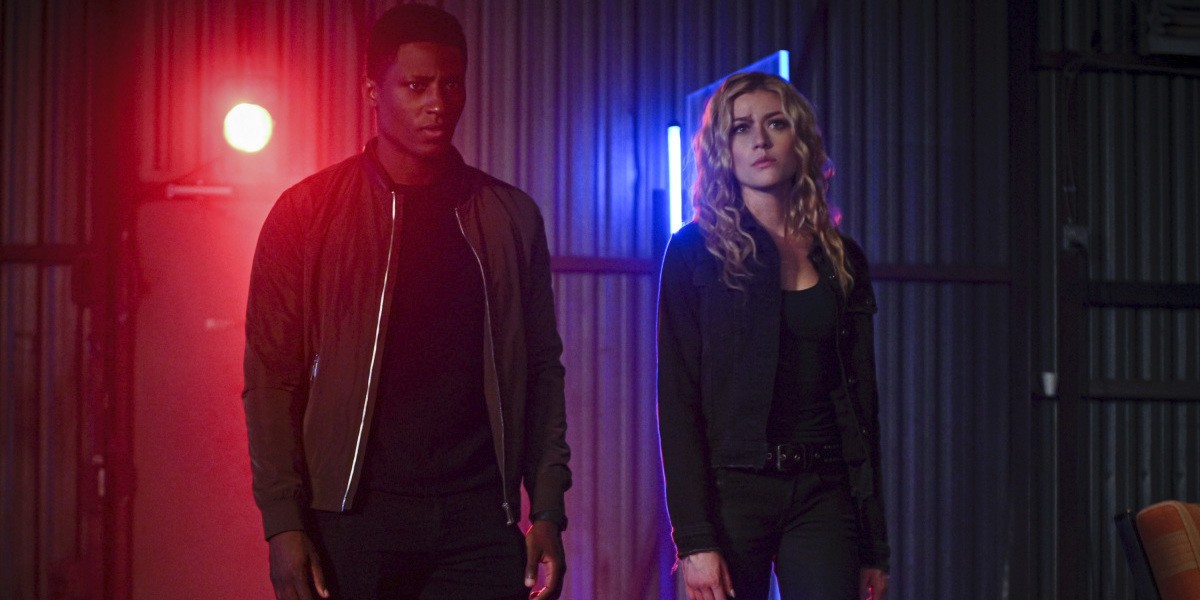 It’s no secret that the flash-forwards are my least favorite part of Arrow season 8. Episode 2 didn’t really do anything to change this, and the talk between JJ and Connor in the future seemed very anti-climatic. I don’t like seeing that John’s son, that we’ve known for years now, is a villain. Of all of the characters they could have made the flash-forward villain, it didn’t have to be JJ. It feels a bit like it’s tarnishing our John Diggle’s legacy.

Mia is, by far, the most interesting of the future group. She’s skillful, insightful, bull-headed (like her father), and we all know that these flash-forwards have been solely to push a spin-off with Mia as one of the starring characters (as we’re seeing with the backdoor pilot, Green Arrow and the Canaries, where Mia, Laurel, and Dinah are the three leads). Because of the focus on Mia in more recent episodes, the other characters have fallen flat; Zoe, William, and Connor aren’t nearly as interesting because their stories are very one-note.

I can’t really invest in or connect with the flash-forwards because they’re taking time away from the present day and the characters we’ve been watching for years. Like, really, where were Dinah and Rene? They should be getting more focus this season, as players on Team Arrow for three years now. Additionally, the characters in the future just aren’t all interesting enough. It’s similar to the feeling I had when watching flashbacks on Arrow‘s early seasons, particularly after season 2. The story is ambitious, but because of the time restraint and all of the new characters we’re supposed to be connected to during these brief glimpses, it doesn’t work. 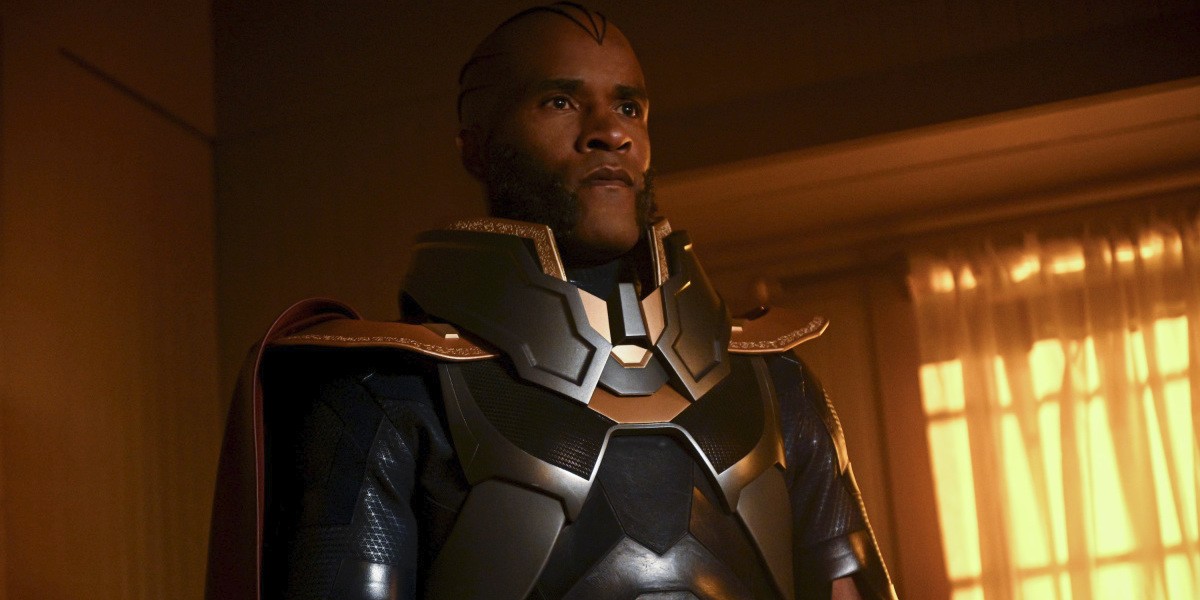 The Monitor and Lyla

Knowing Harbinger would be appearing on “Crisis on Infinite Earths” took a bit out of what a surprise the revelation of Lyla working with the Monitor could have been. I think, given her concern for Diggle, this is the Lyla we’ve known since the beginning times of Arrow, though it will be confirmed on the next episode if that is true or not. If this is the case, and it’s the Lyla we’ve known and grown fond of, does this mean the writers have truly been setting this up since the beginning or did they just get lucky they’ve kept her around for so long?

I’m excited to see more of these interactions, but I’m very worried about how this will impact Diggle and Lyla’s relationship. We know, because of the flash-forwards (even in this episode), Lyla and Diggle raised JJ and Connor together. So, I’m guessing, this reveal won’t have a long-term impact on their relationship, but it could very well change everything Diggle thinks he knows about his wife. So, at this point, I’m not sure whether I’m rooting for this to be our Lyla or one from another Earth.

Arrow season 8, episode 2 is a strong episode, which has me really excited for the next eight episodes of the season. Arrow season 8 is gearing up to change the entire universe, truly creating a long-lasting legacy as the many DC shows continue on for (hopefully) years to come on The CW. I’m very impressed by the journey these writers are taking these characters on, while still hitting the necessary marks to set up and prove “Crisis…” is coming, it’s dangerous, and that it’ll change the entire world.