On Arrow season 8, episode 3, Oliver travels to Nanda Parbat to learn more about the Monitor as he becomes increasingly suspicious of his real intentions, and he runs into a very familiar face to assist him.

Honestly, Arrow season 8, episode 3 was one my favorite episodes of the last three seasons combined. Having Willa Holland and Thea Queen back, even though it was likely just for this one episode (fingers crossed for the series finale), was amazing. Second to the original Laurel Lance, there isn’t a character I’ve missed more on this show than Thea Queen.

I am, however, a bit disappointed that the episode didn’t have Roy Harper in it. After making Colton Haynes a series regular for Arrow season 7, only to write him off again and briefly mention him in passing on Thea’s probable last episode, it just felt a bit disappointing.

Their relationship was such a large part of the first few seasons of Arrow, and it feels a little disrespectful to the characters to not give them one last moment together. (This is all assuming this is Thea’s last episode… and I think we can agree that it seemed like it was.) 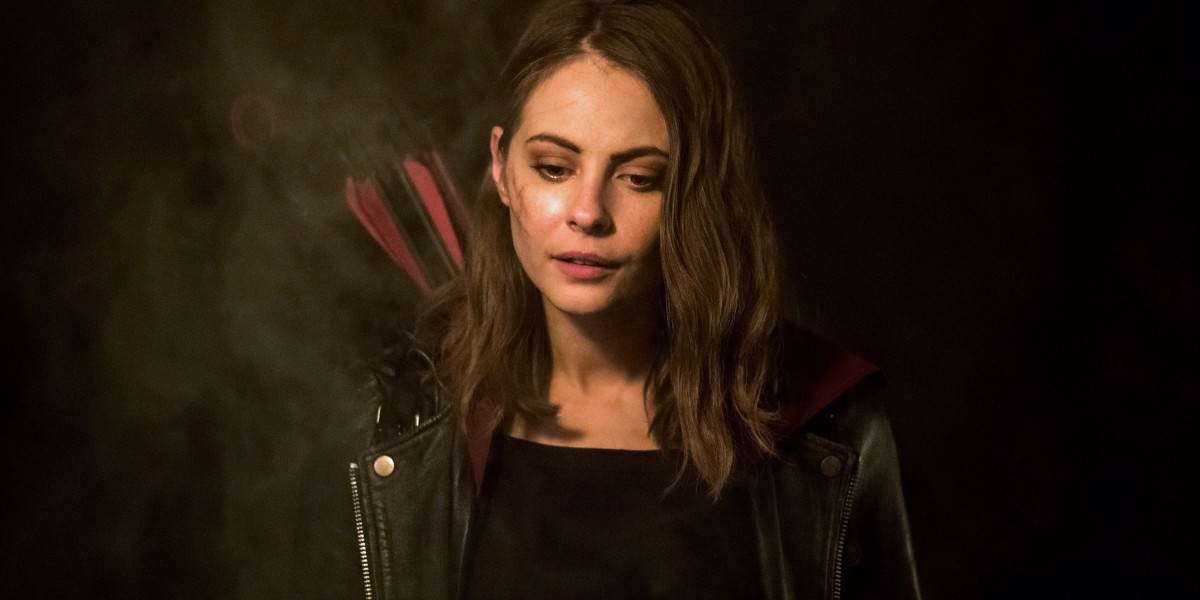 Arrow season 8, episode 3 was such an incredible episode. Though there were other characters I would have liked to see, the plot of the episode was strong, both in the present and flash-forwards, and provided ample room for reflection, particularly on the relationships between Thea and Oliver, and Diggle and Lyla.

Seeing how much they’ve all grown, as the only four characters remaining from Arrow season 1, was bittersweet. It provided a chance to show how this long journey has changed them all, and I’m beyond thankful — and a little disappointed — the show didn’t include a montage of Oliver and Thea over the years as they said goodbye (for probably the last time); otherwise, I wouldn’t have been able to stop myself from crying.

Taking time to pause in the midst of this terrifyingly important final mission of Oliver’s and to let things settle in, was a very smart move on the writers’ behalf, and including Thea prevented this from feeling like a filler episode, though that’s clearly what it was. 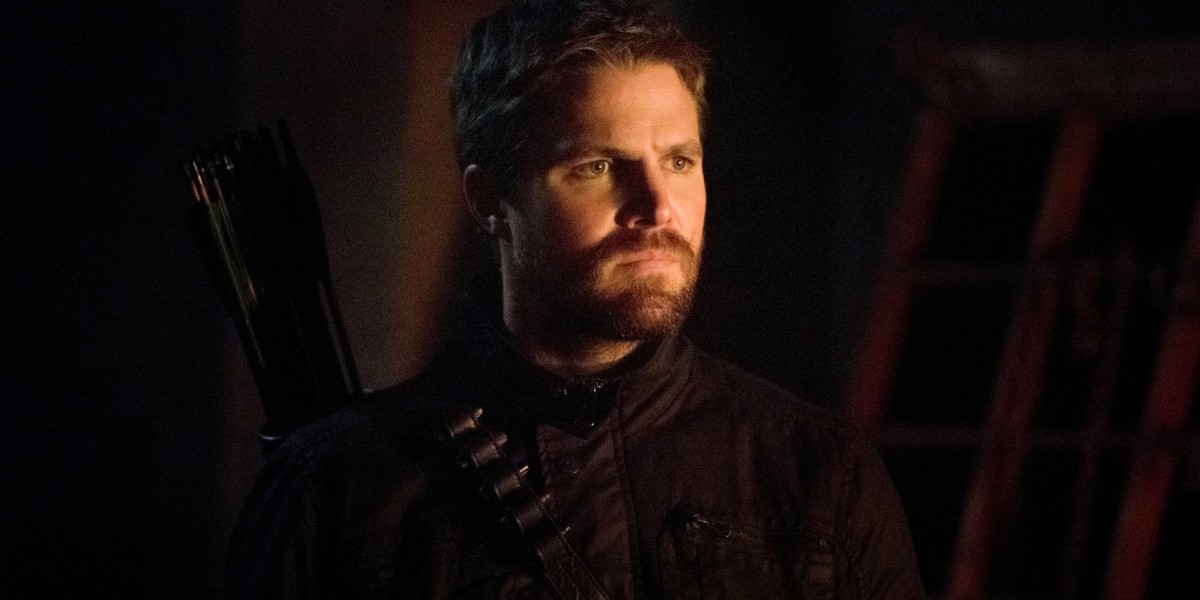 God, what a beautiful bond these two have. It’s something that was never utilized during the series’ run to the fullest extent, and Stephen Amell and Willa Holland sure showed us exactly what we were missing.

Thea and Oliver have the kind of relationship that is unbreakable, which isn’t always the case even for siblings, and Thea has finally come to the point in her life where she can truly begin to understand Oliver. Thea’s learned of the type of sacrifices that have to be made to be a hero, and now she’s on her own mission to find her purpose and make the world a better place.

The many heart-to-heart conversations Oliver and Thea shared broke my heart, particularly the one at the end of the episode. Amell’s acting was beautiful and raw, giving one of his best performances of the series as Oliver said goodbye to his sister, likely for the last time. (Not to underestimate Holland’s performance in the scene either, which was just as upsetting to watch.)

I also appreciated their scene as they climbed the mountain, pausing to discuss their parents. Moira and Robert weren’t perfect, but like Thea said, it was their actions were always to keep Oliver and Thea safe, which inevitably made them heroes… that has to count for something, right?

By episode’s end, Thea’s journey on Arrow seems to have come to a complete ending. She started the series very lost, struggling to find purpose, and losing herself in boys and drugs to numb whatever she was feeling.

Now, Thea knows what she wants/has to do with her life: start the League of Heroes. If this is where we leave Thea, I’m happy. She’s come so far and has grown more than, arguably, any character on the show. And it’s so very clear that Oliver is proud of her, as Moira, Robert, Laurel, and Malcolm would be if they were still around.

If there were anything I could criticize, it would be Thea’s willingness to leave Oliver knowing he was fated to die. I don’t understand how Thea could walk away to start her own life, knowing her brother’s was in mortal danger. (Not that Oliver would have let her come along, but she could have at least tried.) 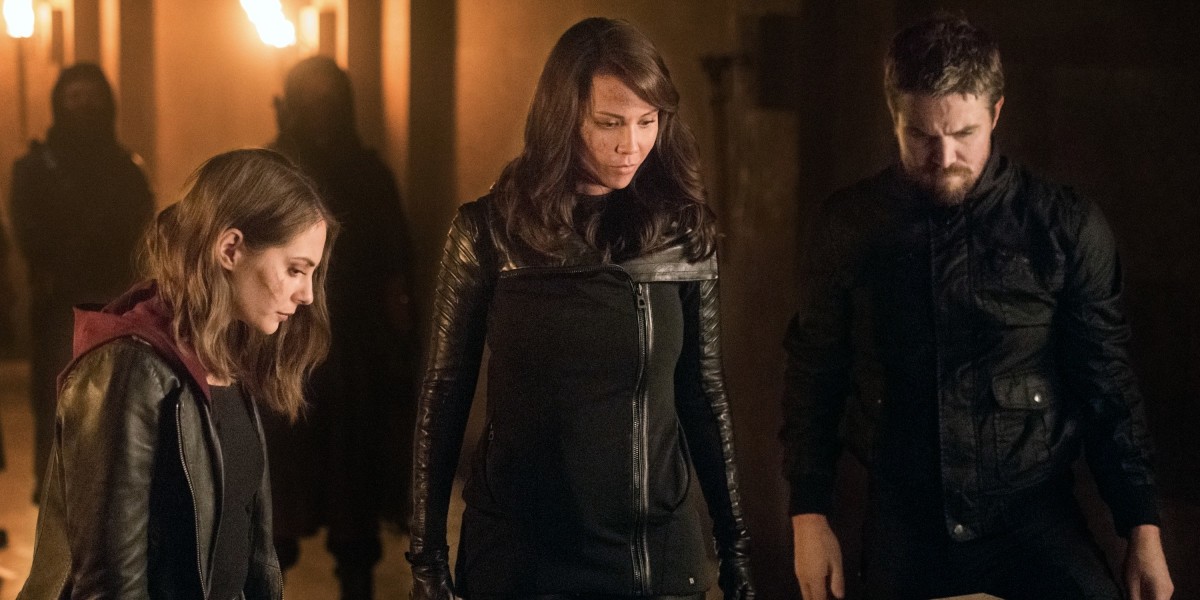 Like Thea and Oliver, Diggle and Lyla’s relationship, although different in clear ways, highlights the contrast between where these two were during Arrow season 1 and where they are now. Their marriage has grown so strong, but after the reveal at the end of Arrow season 8, episode 2, I’m concerned about how this will impact their relationship.

I’m assuming that was a Lyla from another Earth, and Diggle and OG Lyla’s relationship will remain strong. We’ve heard from Connor in the flash-forwards that Lyla and Diggle raised them and focused more on Connor, due to his adoption, which is “why” JJ ended up how he did. So, assuming this means they remain together as a strong, family unit, they should be unaffected.

Diggle and Lyla work so well together, and that was one of the only good parts about Diggle working at ARGUS during Arrow seasons 6 and 7, so it was nice to see that revisited. However, like many fans, I’ve been wondering when Diggle and Lyla would finally adopt Connor… and with only six episodes left (excluding the crossover episode), there’s not much time left to finish this story. 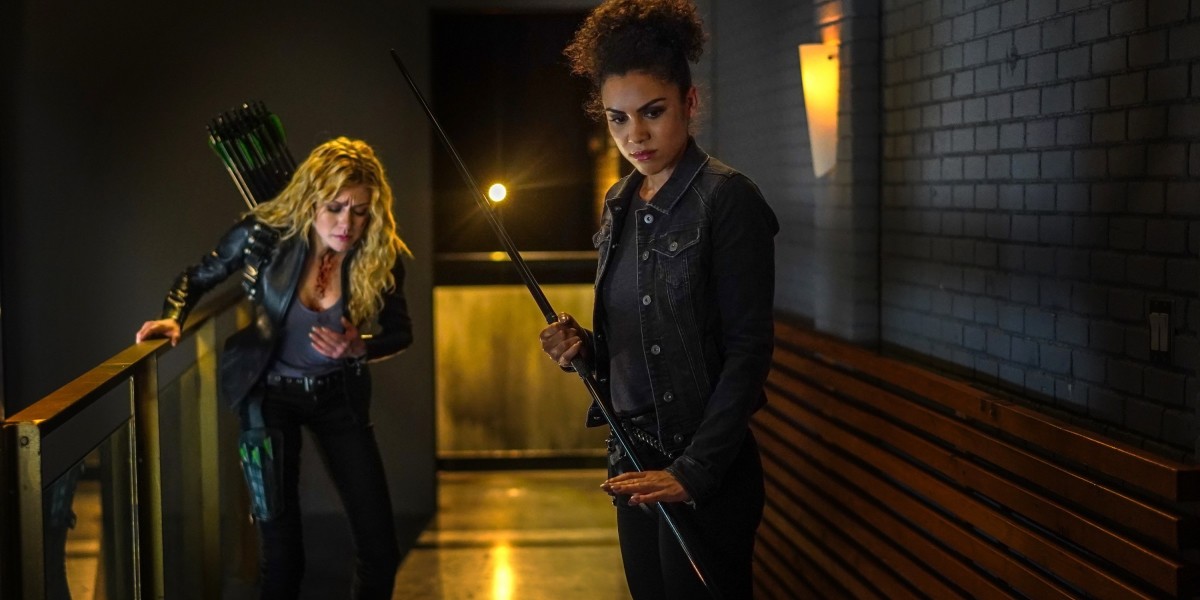 Wish I could say I was shocked about Zoe’s death, but honestly, it was kind of obvious. The show wouldn’t kill William, Mia, or Connor, so Zoe was the only one “unimportant” enough to kill off to have the same impact on Mia. Mia’s bull-headed attitude, especially in the field, is to blame for Zoe’s death, as the rest of future Team Arrow fought from taking on the Deathstrokes in that way.

However, Zoe’s death will likely be used to further develop and mature her (and possibly William and Connor, though probably not) before the spin-off that she’s set to be part of as the Green Arrow. It’s a disappointing end for Zoe, and kind of a brutal way to bring Rene’s story to an end, seeing as he’s fought so hard to keep Star City safe in order to keep Zoe safe. 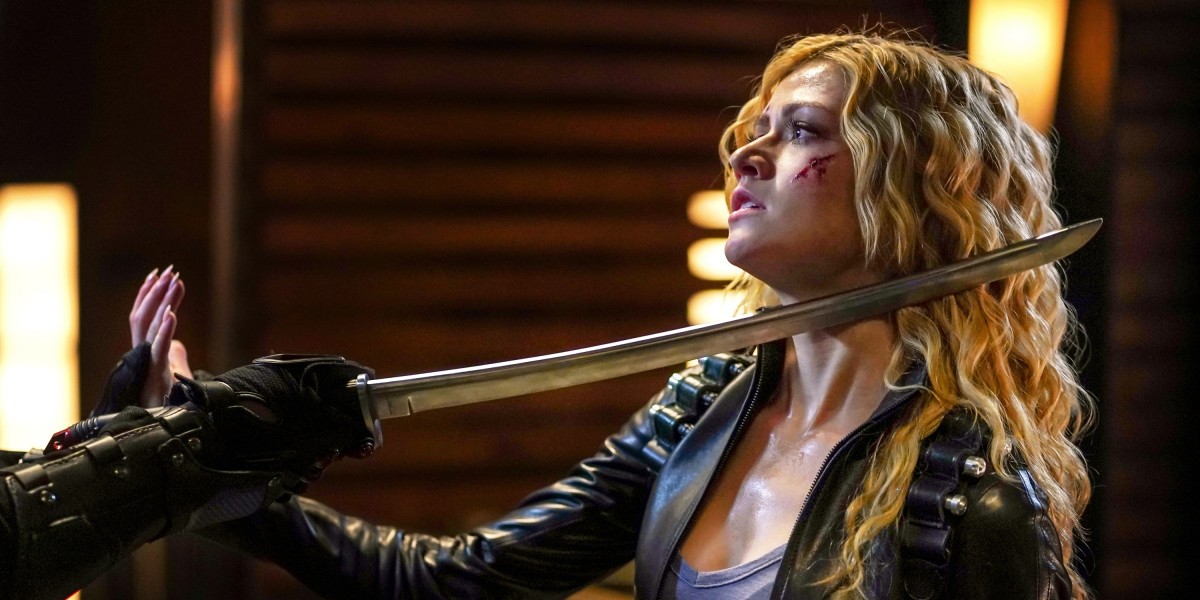 The ending of Arrow season 8, episode 3, where Mia, William, and Connor of the future are taken back to be with Team Arrow, was incredibly shocking in my opinion.

I fully expected (and knew) Mia would come back to help with “Crisis on Infinite Earths” and meet her father, but I did not anticipate it would happen so soon or that anyone else would come back with her. It again (like the ending of Arrow season 8, episode 1), shakes things up completely and changes the entire direction of future episodes.

Seeing as “Crisis on Infinite Earths” is not for another five episodes, this gives so much time for future Team Arrow to be in the past with Oliver, but what does that mean for the flash-forwards? Even if these were to pick back up on the spin-off, there should at least be a rewarding ending for those who aren’t going to continue on with these characters after Arrow ends.

Plus, the reveal about the Monitor is another incredible twist, but what does it mean? We know the Anti-Monitor is responsible for the upcoming crisis, so does that mean the man who wrote the scroll was visited by the Anti-Monitor?

Or is it an interpretation of what the Monitor did during last year’s “Elseworlds” crossover, when he destroyed Earth-90 and was willing to let Earth-1 fall if the heroes could not stop the test he was putting them though? There’s clearly a lot of mythology regarding “Crisis on Infinite Earths” yet to be explored, and I’m so ready to see that.