Following Mia, William, and Connor arriving in the present day, and the Monitor’s temptatious offer to Laurel now on the table, Oliver and a portion of Team Arrow head to Russia on Arrow season 8, episode 5.

Arrow season 8, episode 5, “Prochnost,” wasn’t the most exciting episode of the season, though seeing yet another trip to a familiar location (Russia) was pleasantly surprising, especially since it made Oliver confront his past and his demons, which were holding back his relationship with his children. Meanwhile, two familiar faces returned to lend their hands at helping to stop the Monitor, which came as a great delight.

I wish this episode had felt a little more important to the overarching story of the season, but it did deliver a few surprises, particularly at the end of the episode, that will shake up the rest of the season (again, like every other episode of Arrow season 8). 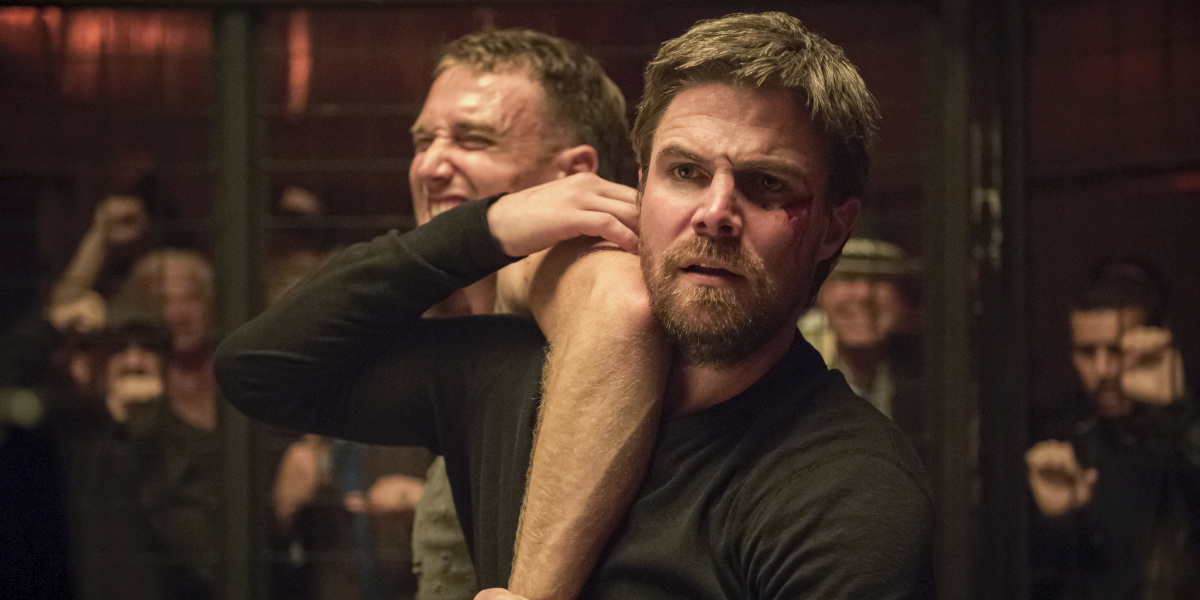 Arrow season 8, episode 5 wasn’t my favorite episode of the season thus far, but I appreciate the growth it offered for many of the main characters, namely Oliver, Laurel, and Roy. I wish it had been a little livelier and dug into Mar Novu a little more, but it was nice to revisit another season, albeit very briefly, and remember Oliver’s time in Russia, which largely influenced his journey toward becoming a vigilante.

It’s so beautifully tragic to see how Oliver’s story is progressing as his life is supposed to come to end in just a few weeks, and he’s finally getting the time with his children that he deserves. It’s really too bad Felicity isn’t around this season to join in on this Queen family fun… 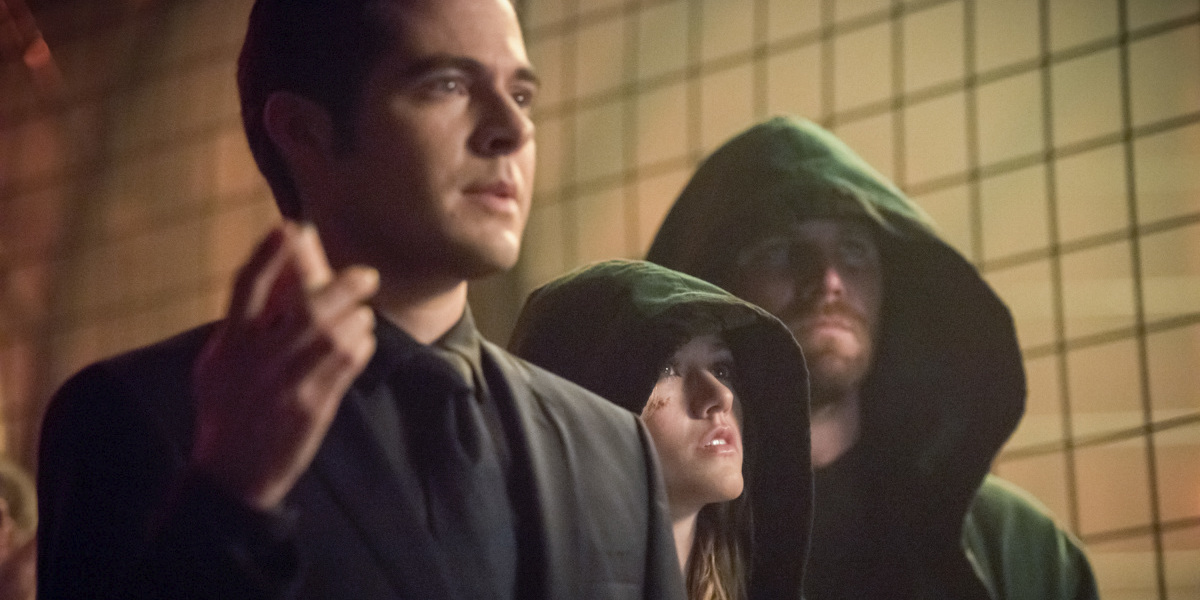 Oliver and his kids

Personally, I love that we’re seeing Oliver’s time divided on both of his children, rather than one (Mia) getting the majority of his focus. Oliver and William’s relationship, while we’ve seen it quite a bit with younger William, provides an interesting viewpoint on how Oliver’s life impacted his child while alive, rather than with Mia where his absence is the cause for her distress.

Watching Oliver interact with his adult children is so heartwarming and depressing at the same time because we know he’ll never get this experience in the future. His life, in one way or another, is going to end after “Crisis on Infinite Earths” and that will be the end of his story on this Earth. Mia and William will, again, be left without their father, though the time they’ll have spent together is clearly going to change them (and their future).

As Kat McNamara said during our interview with her, Mia has a lot to learn from her father if she hopes to be half of the hero he was during his time as Star City’s resident vigilante. Training sessions, mental preparation, it’s all going to be vital for Mia’s growth, and she’s going to be part of the hope for Star City 2040 as the Green Arrow “reincarnated” and stopping the bad guys, which will likely still be the Deathstroke gang.

Mia and Oliver butting heads is exactly what Arrow season 8, episode 5 needed. They’re both so headstrong and often let their emotions get the best of them even though they act like they’re more in control over what they’re feeling than anybody else.

Their father/daughter time is softening both of them, and it’s nice to have William there as a buffer when necessary because of how stubborn they both can be. If there’s anything we’ve learned over the last two episodes, it’s how alike Oliver and Mia are (and how similar William is to Felicity) personality-wise.

Over the course of Arrow, there’s been very few people Oliver has opened up to, and I appreciate that the writers took a moment to focus on that aspect of Oliver’s relationship with his kids. If there’s anyone besides Felicity he should be open with, it’s Mia and William, who can both learn from his story as they attempt to proceed with the vigilante lifestyle in their time. 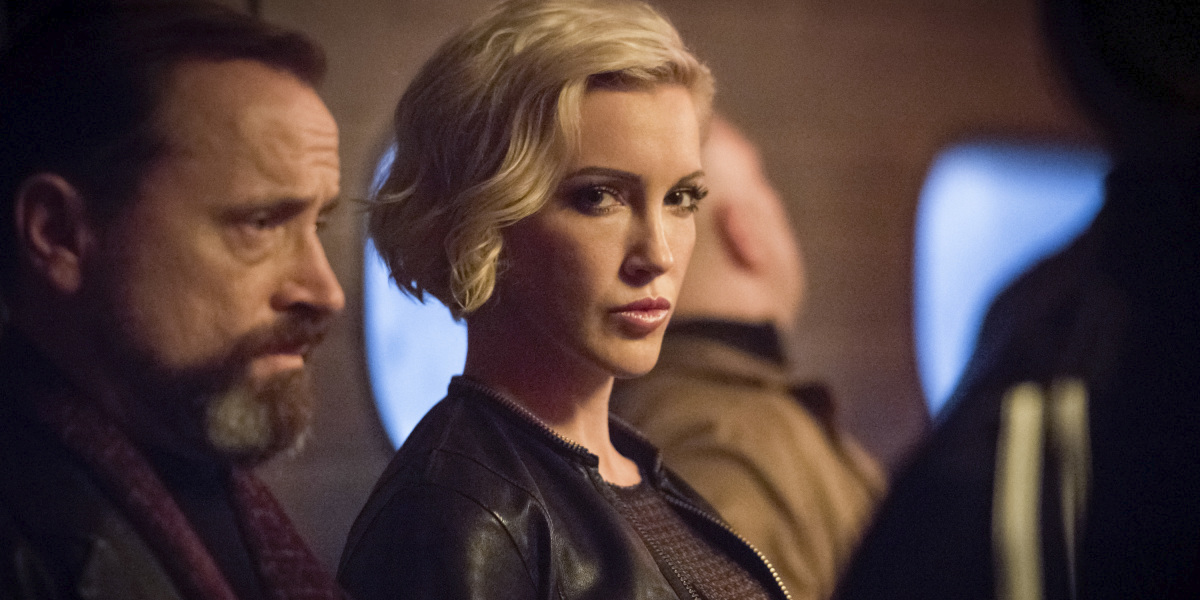 Once and for all, after Arrow season 8, episode 5, Laurel’s redemption should not be in question ever again. She’s decided on the type of person she wants to be, and she’s prepared to make the tough calls when it comes to being the hero that the world needs her to be. With so much at stake, turning on the Monitor because she didn’t want to revert into her old self was the most heroic decision she could have made.

Imagine how tough that call was to make. Laurel gave up her past, her family, and her home because she knew it wasn’t the right thing to do, and this Team Arrow is slowly becoming her family too. Laurel only had to do the one thing she was told: restore her entire world.

But she knew it was the wrong call to make because it potentially put the future of the multi-verse in even more jeopardy than before. She’s come so far from the person she was when she first appeared on Arrow, and it’s so beautiful to see how she’s grown as a hero.

However, as wonderful as Laurel’s story is, it’s disappointing to know that she won’t be appearing on “Crisis on Infinite Earths” since her entire story on Arrow season 8 is setting up the event.

Laurel’s world was lost, she was the first outside character to interact with the Monitor, she was the first to learn of Lyla’s involvement with the Monitor, but she won’t play a part in stopping the very thing that destroyed her world? If anything, she should be on the front lines because she knows exactly what it feels like to lose everything, and she wants to prevent it from happening to anyone else.

As for Lyla, Laurel telling Diggle and Oliver the truth was the best move, so we can finally learn what the hell is going on between them (and it solidified that she’s on their team, no matter what, and they can fully trust her). What’s the connection, and how much of Lyla’s life on Arrow has been a lie?

I was convinced after the previous episode that the Anti-Monitor is the person who approached Laurel and offered this chance to save her world, but I’m not so sure anymore after Lyla was trying to follow up on the offer.

For someone with a connection to Mar Novu, and clearly her relationship with Diggle is in tact in the future, it doesn’t seem likely that she would (willingly) work for the Anti-Monitor. Maybe it’s not Lyla or maybe she doesn’t know if he is pretending to be the Monitor, but with only two episodes left until “Crisis on Infinite Earths,” I’m dying for answers. This crossover is going to kill me. 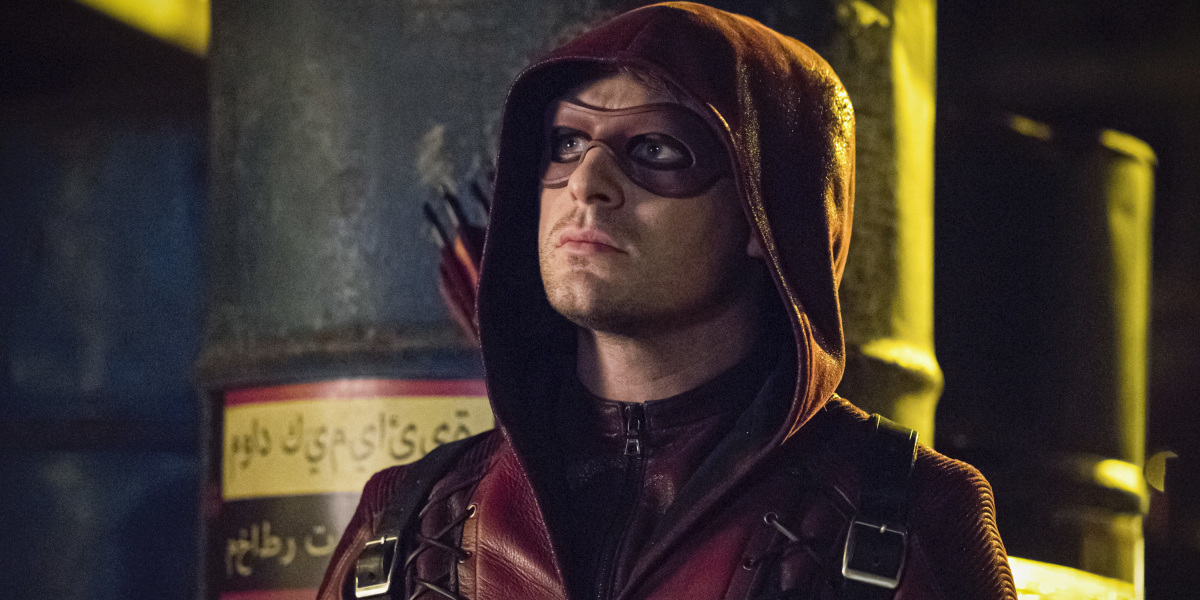 Wow. It feels like it’s been such a long time since we’ve seen these two members of Team Arrow work together. Diggle and Roy, along with Felicity, are the reason Oliver’s mission was successful at all in the beginning, and they spent so much time together fighting crime.

It’s criminal that we haven’t seen the friendship between these two explored more thoroughly throughout the series’ run, but I’m grateful we’re getting a taste of it now.

This plot on Arrow season 8, episode 5 didn’t really matter much, other than to get Roy to stick around Star City. Having him around might make all the difference in keeping the city safe for Mia and William’s generation, though it may not.

His bloodlust seems to be quite severe; a fact that is very confusing, especially since both Sara and Thea were able to get rid of their own. Regardless, one thing is for certain: The future has changed in many deep ways.

Unless “Crisis on Infinite Earths” resets everything, leaving everyone where they were when we caught up to them in 2040, the future is different. Zoe may be alive, William wouldn’t have gone to Lian Yu, and they all know Felicity and Oliver had Mia, so what will change?

Will Felicity return to Star City to raise Mia, surrounded and protected by Team Arrow? Who knows. We’re definitely going to get answers soon, and it’s a little scary to think of everything that might be different in the Arrow-verse after this crossover.

In some ways, Arrow ending shortly after is a relief because we know not too much can change and mess up the seven years of Oliver Queen’s story.