After Laurel revealed the truth about Lyla’s betrayal to Oliver and Diggle, Laurel and Oliver are stuck in an alternate reality with a familiar face on Arrow season 8, episode 6, where they must learn something important.

On Arrow season 8, episode 6, the Monitor has another test for Oliver Queen and Laurel Lance, and he knows exactly who to bring back to have the biggest impact on these heroes: Quentin Lance. Once again, the writers have truly outdone themselves this season, and this may be my favorite episode so far.

As “Crisis on Infinite Earths” inches near, Oliver must learn something vital about himself in order to be the hero that the multi-verse needs him to be when the crisis hits. 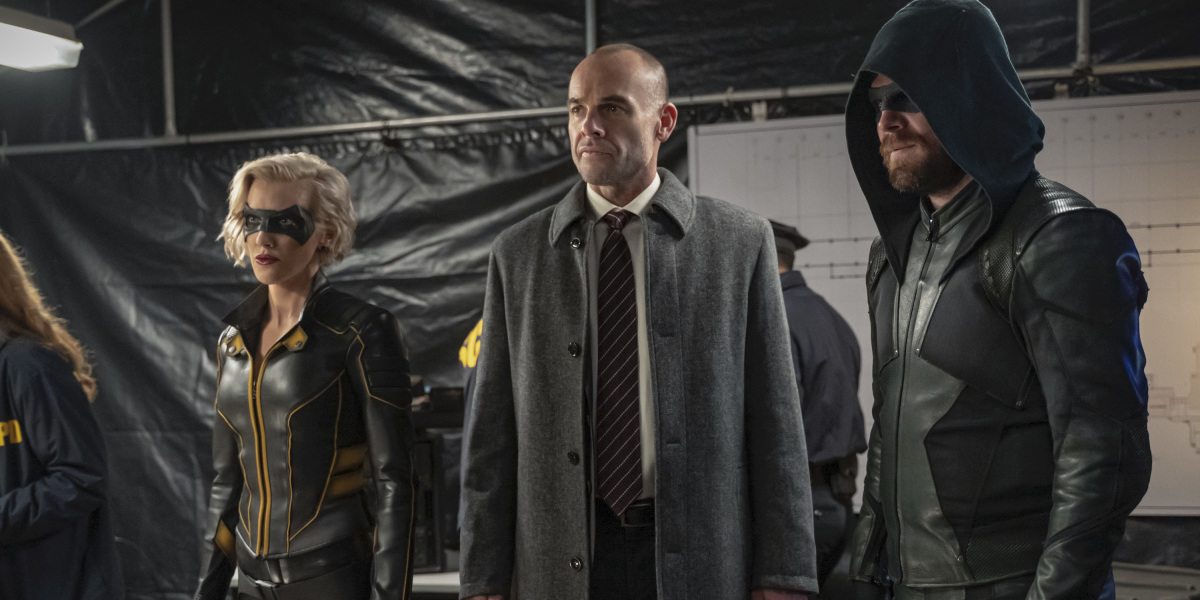 First of all, what a fantastic directorial debut from David Ramsey. He truly played to the strengths of everyone involved, and it was a blessing that such a crucial episode for Oliver be directed by someone who knows him almost as well as Stephen Amell and the Arrow writers.

Arrow season 8, episode 6 may have taken the time to teach Oliver one last thing before his fated death, but having someone in charge who fully understands these characters and his co-stars’ abilities was crucial to pulling this off.

As I stated before, this is probably my favorite episode of the season thus far. It’s heart-wrenching to see and feel some of the emotions being brought up by Quentin’s return, but Amell and Katie Cassidy-Rodgers pulled it off so well, and of course, Paul Blackthorne fit like he never left in the first place. Seeing these three together truly brought me back to the beginning of Arrow; I had forgotten how well all three played off of one another. 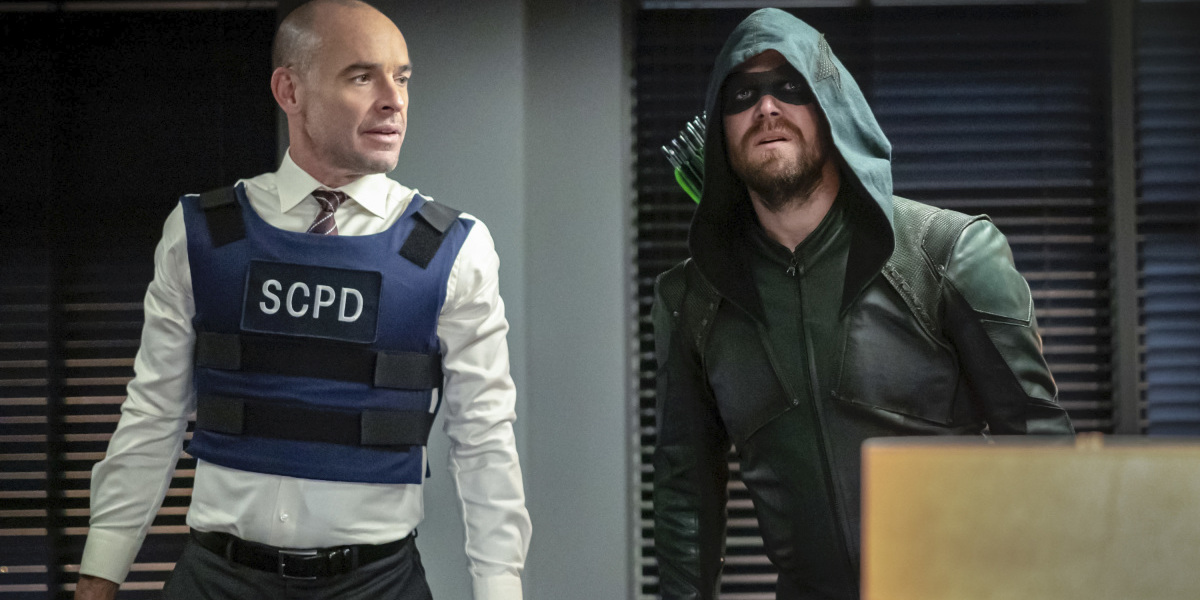 Throughout the episode, I suspected Oliver’s lesson to be centered around fate. Like Barry experienced earlier on this season on The Flash, when he went to see billions of potential futures on Earth-3 during The Flash season 6, episode 2, Oliver hadn’t accepted his death until he escaped from this alternate reality.

Underneath it all, Oliver, like every other situation he’s been in, has been fighting to change the future and survive. It’s what he does. Oliver Queen has been a survivor since the day the Queen’s Gambit went down, and this was solidified when he was stranded on Lian Yu and forced to do unspeakable things to survive.

Not many people could survive everything Oliver has, and because of this, the Monitor needed Oliver to see what Barry had to see: His death is fated and unchangeable .

Amell’s performance as Oliver realized this was heartbreaking. As really only Barry Allen can understand, the crushing weight of knowing your time is limited is a lot to bear, especially when you know your expiration date is fast approaching.

Oliver’s life was taken over by his father’s mission for so many years, and it was only recently that he was able to get back to actually being himself… and now he’s losing that opportunity along with his wife, children, and friends.

Even though I don’t believe Oliver will actually die, it makes sense that he’ll no longer be around in this dimension after “Crisis on Infinite Earths” because of the sacrifices he’s made to make the world a better place.

Love him or hate him, Oliver Queen is a hero, and this episode only cements how much he’s willing to give up in order to save the multi-verse. (And let’s not forget, he’s in this situation because he fought to save Barry and Kara from dying during “Elseworlds” last year.) 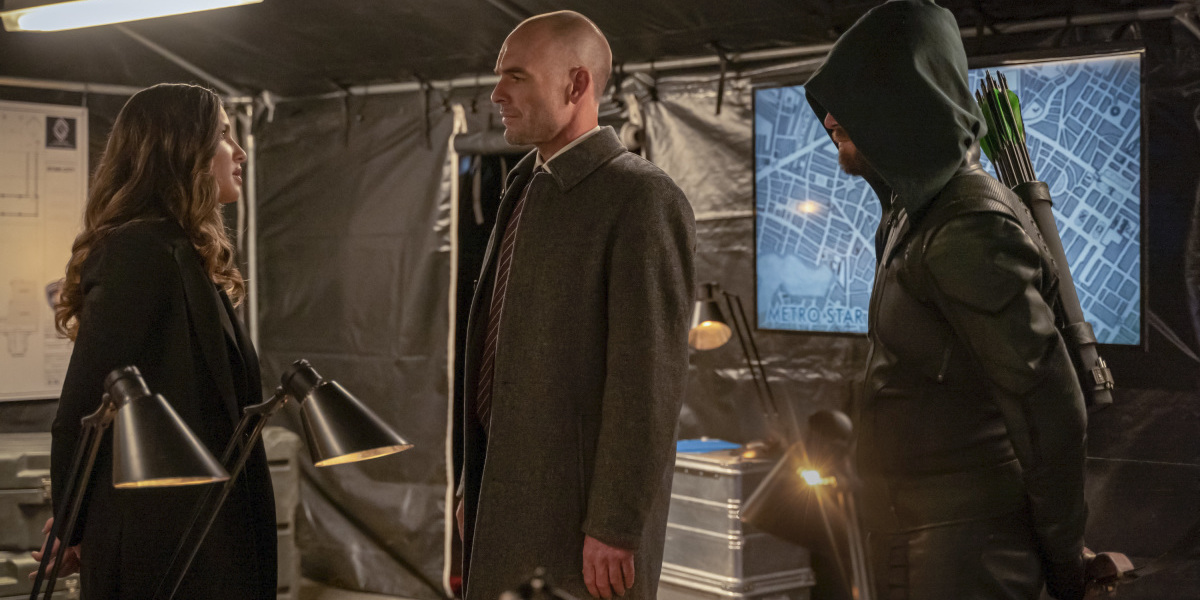 Quentin Lance is one of the many faces that I’ve missed seeing on Arrow every week, and particularly his relationships with Oliver and Laurel, so let’s just say that contributed to my love of this episode.

Quentin and Oliver’s relationship, particularly during his last few seasons alive, felt like that of a father and son. Since Robert was never the father Oliver and Thea needed him to be, it’s heartwarming that Quentin was another figure Oliver could look up to and model himself after as a father. Amell and Blackthorne also play so well with each other, it’s still unbelievable that they ever let him go.

Though I would have loved for Quentin to miraculously have survived, it didn’t fit with the story. He would have never stayed away, but this was a decent return scenario (and the Montior really captured his essence). Seeing him give the advice that so many have relied on him for, kind of like Joe West on The Flash, made it even harder to cope with his death… even though it was so long ago. 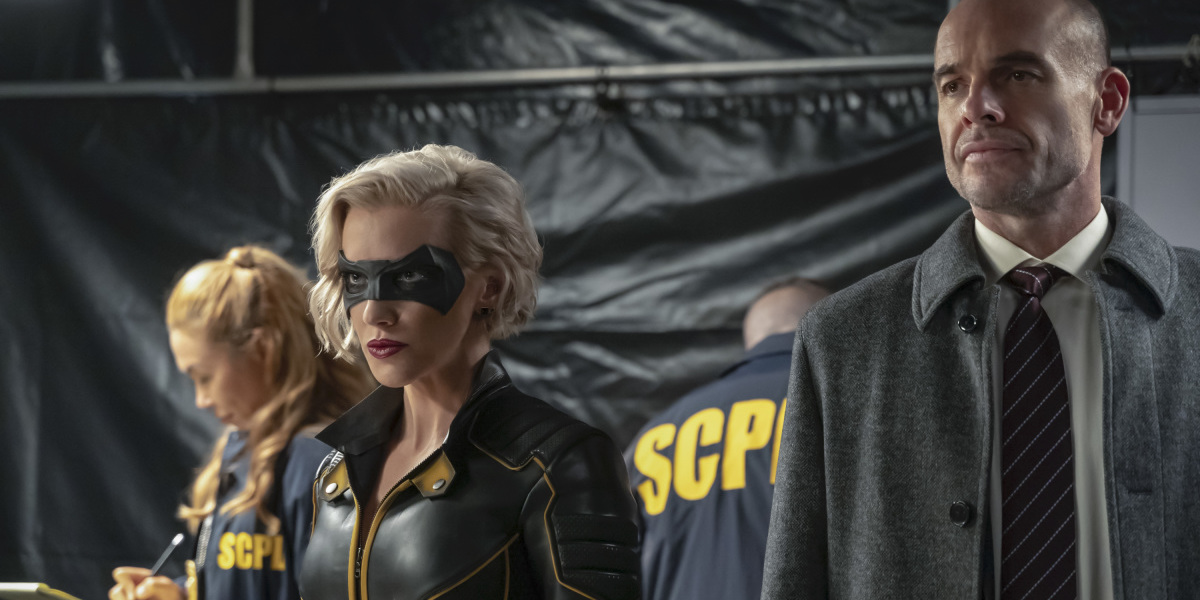 Laurel Lance is a hero

For Laurel, the lesson she needed to learn on Arrow season 8, episode 6 was a bit clearer; she needed reassurance from the one person she ever cared to listen to that she was on the right path. That she was becoming the hero she promised she would be before Quentin died, and that she struggled so much to become during Arrow season 7.

I absolutely love that Laurel finally was able to say goodbye to Quentin, even if it wasn’t really him. (However, I wish Sara was granted the same opportunity since her and Earth-2 Laurel Lance don’t have a sisterly relationship, so she’s still without her family entirely and didn’t have a chance to say goodbye to either of them.)

Quentin, in a way, became Laurel’s father, even though they weren’t from the same Earth. They found something from their late loved ones in each other — not just appearance-wise — and created their own family of a sort. She literally became a hero for him, and is working to honor him, Earth-1 Laurel Lance, and her lost family on Earth-2.

I think the writers did an excellent job of cementing the relationship Laurel and Quentin shared before his death on this episode. They were a father and daughter, even if in the most unsuspecting of ways. He loved her as if he were her own.

His pride over her becoming a hero was beautiful, and this should cement Laurel’s status as a hero for good now. She’s never going to do anything to risk losing Quentin’s pride or losing what he thought of her becoming the Black Canary.

My main issue with Laurel’s story on Arrow season 8, episode 6, like with every other episode this season, is that she’s part of the crucial build-up and set-up to the “Crisis on Infinite Earths” crossover, yet she won’t even be in it, according to Executive Producer Marc Guggenheim.

This doesn’t take away from how much I love seeing Laurel as part of the team and a main player this season because nothing could make me happier, but why is she such an integral part to this story if she’s not even going to be fighting against the Anti-Monitor to save the world when crisis hits? Why did Laurel learn this lesson and why is she basically being groomed (like Oliver) to fight in the crisis? It just doesn’t make any sense! 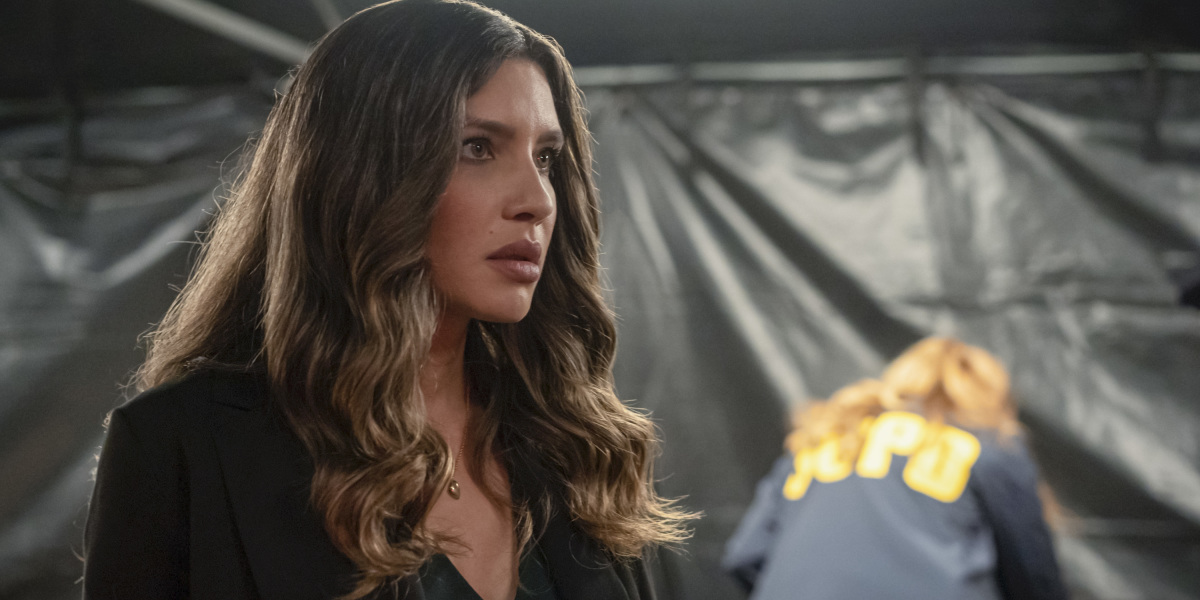 Once again, I absolutely adored Arrow season 8, episode 6. This was such a well done, well written, and beautifully directed episode. Out of the six so far this season, this is at the top by far. Seeing Oliver and Laurel work together as the Green Arrow and Black Canary is something I’ve waited for since the very beginning of the show, and I love that it’s finally come to fruition.

(Though I hate that the only way for this to happen was for Felicity to be written off of the show when it could have been Team Arrow like before, just written better.)

After Oliver and Lyla’s confrontation, I’m so confused on how long she’s been working for Mar Novu. Has it been since the beginning? Since baby Sara turned into John Jr.? Just how much of Oliver’s life has Mar Novu been preparing him for the crisis? I hope the next episode clears this up because I’m worried about Diggle and Lyla’s relationship now.

Finally, it’s kind of off-putting just how much Dinah and Rene are being screwed over this season. Out of the six episodes, they’ve appeared in three (four if you count the final 30 seconds of Arrow season 8, episode 3). Out of those three episodes, two of them including this one, were as different versions of Dinah and Rene.

For characters that have been around since season 5, they’re kind of getting the short end of the stick, aren’t they? I know they’re planning for Dinah to stick around on the Arrow spin-off with Laurel and Mia, but what about Rene?

What’s he doing? They’re obviously not my favorite characters in the world, but I feel like a little more time could be devoted to them too. At the very least, give them a somewhat decent ending before the series finale.

Arrow season 8 continues Tuesdays at 9 p.m. ET on The CW!