After being taken to Lian Yu, Oliver and Team Arrow are tasked with putting together a weapon for Mar Novu… while dealing with a few familiar, deadly faces from Oliver’s past on Arrow season 8, episode 7.

While Arrow season 8, episode 7 wasn’t my favorite of the season thus far, the callbacks to the series’ first season were excellent, and it really took it home that this is the final episode before everything changes not only on Arrow, but within the entire multi-verse.

And what better way to signify this change than to bring Oliver back to where his journey started with those who have helped him become the person he is today, and of course, bring back a few familiar faces to taunt Oliver and remind him of all of the sacrifices he had to make along the way. 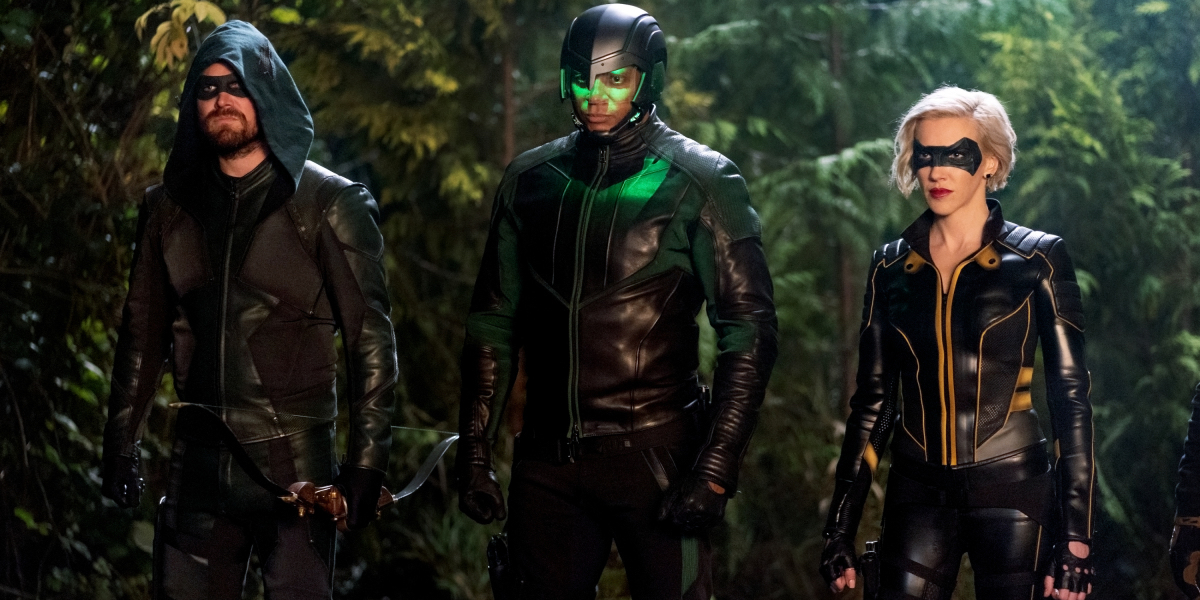 If I’m being completely honest, Arrow season 8, episode 7 left me wanting more. As Oliver Queen’s supposed “last episode” (where he’ll be alive before “Crisis on Infinite Earths”), this was rather forgetful, unfortunately.

There were a few highlights, which I will discuss below, that saved the episode, and it was both heartwarming and heartbreaking to watch as Oliver truly began to make his final goodbyes, particularly those he made to his children.

For a mid-season finale, this wasn’t one of Arrow ’s best. It didn’t really feel like the end of something or even the start of something; rather, it was just another mission for Mar Novu that gave Oliver a chance at peace with his life, his friends, and most importantly, his family. (All of which is quite important, do not mistake that, but it’s just nothing we haven’t already seen this season.)

However, luckily for them (and us), “Crisis on Infinite Earths” taking place as the actual mid-season finale saves all of the Arrow-verse shows, actually. And boy, it’s clear we are not ready at all for what’s to come. 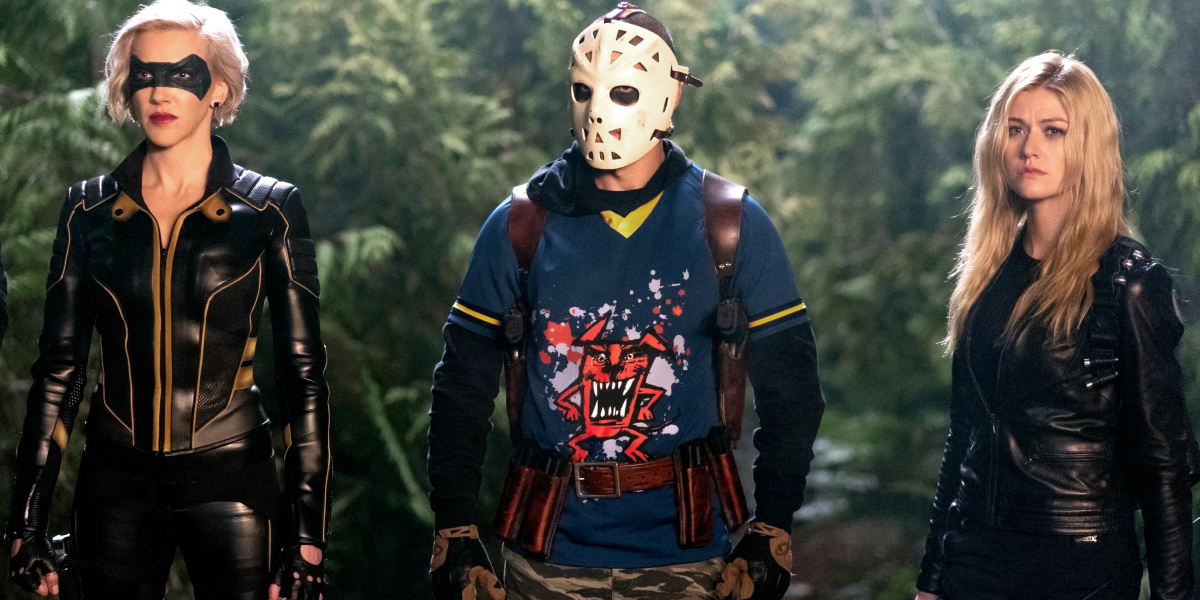 Personally, it’s been quite difficult to grasp Mia’s feelings for her father since we discovered the resentment she holds for him. Knowing Oliver as we do and knowing he would never purposely leave his family behind, it’s been heartbreaking to see him struggle to try to get close to adult Mia since she appeared in the present day because of her lingering resentment and hostility.

It’s upsetting that it took almost until the supposed end of Oliver’s life — the beginning of the crisis — for Oliver and Mia to make progress with their relationship, and for Mia to begin to let the feelings she has toward him resolve as she discovers what type of person he truly is.

After hearing Mia finally address exactly what her feelings were/are and not be overcome with anger before she can manage her way through it, her feelings are completely understandable… I just wish they hadn’t waited so long for such a big moment.

Finally learning their father was going to die during the upcoming crisis, which is what they’ve been helping him and Team Arrow prepare for, was such a brutal moment, and Stephen Amell, Ben Lewis, and Kat McNamara’s performances in that scene were perfect.

I wish we could have just gotten a sweet moment right there between the family without anger getting in the way, but it wouldn’t have made sense considering Mia’s feelings toward Oliver, and we did get a few good ones.

Oliver’s scene with William, William’s scene with Mia, and Mia’s scene with Oliver, each of these were beautiful and emphasized the bond of the Queen-Smoak family. With family as such a prominent theme this season, it’s even more disappointing that Felicity isn’t around, even only half of the time. 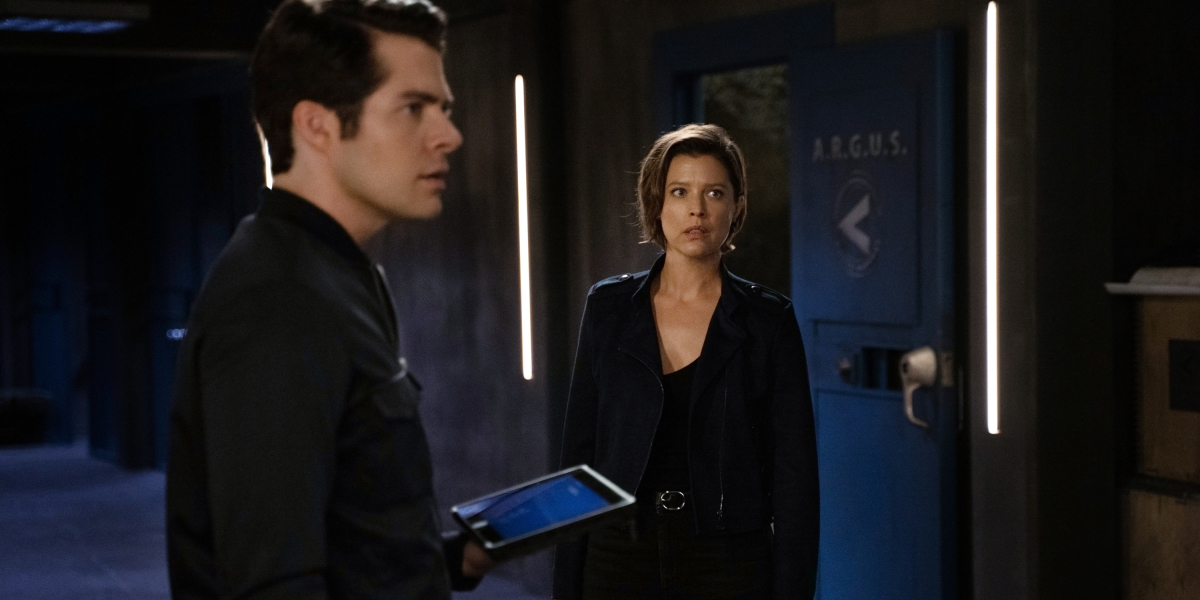 Watching Lyla’s journey this season has been absolutely crazy. Who would have ever thought that the woman who married Diggle and runs a government organization would end up here? I’m thankful that Arrow put their own spin of Lyla’s connection to Mar Novu, instead of basically rewriting everything to make her fit with her comic counterpart. Arrow season 8, episode 7 finally delivered on why Lyla chose to work with him, and it was not at all what I was expecting.

The knowledge that Lyla has been working with Mar Novu since Afghanistan, long before we met her, changes everything. She’s partially been lying to Diggle for all of this time, even if she did it originally to protect her future family after seeing what becomes of the world when the crisis comes.

I love that even though Diggle found out Lyla has been keeping this huge thing from him, it doesn’t feel like their relationship is in trouble, like at all. Diggle and Lyla arguably have one of the strongest and most underrated relationships in the entire Arrow-verse, and it’s so wonderful to see that explored over these episodes. I hope after “Crisis on Infinite Earths” ends, Diggle and Lyla’s relationship and future gets a little more exploration in one of the final two Arrow episodes. 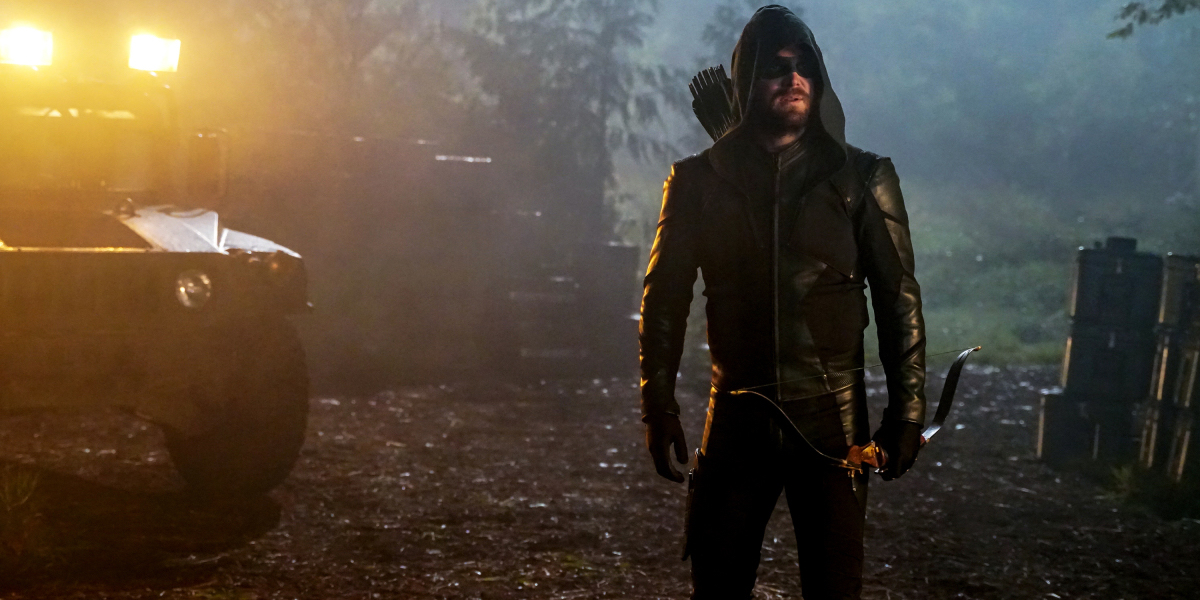 It didn’t really hit me until about halfway through Arrow season 8, episode 7 that everything would be different after this episode. This is the last time we will see this Team Arrow together again and probably the last mission Oliver will ever have (excluding the crisis, of course). Seeing the callbacks to various seasons over these last few episodes and getting a unified Team Arrow for what feels like the first time ever, is just making it harder and harder to accept that it’s coming to an end.

Arrow is the only show this season that has had a successful build-up to “Crisis on Infinite Earths” (in my opinion) because that’s all they had to focus on. There’s no back half of the season to set up anything for, just enough time after the crisis to wrap things up. It’s an unfair comparison to Supergirl and The Flash, both of which have a lot more to worry about. 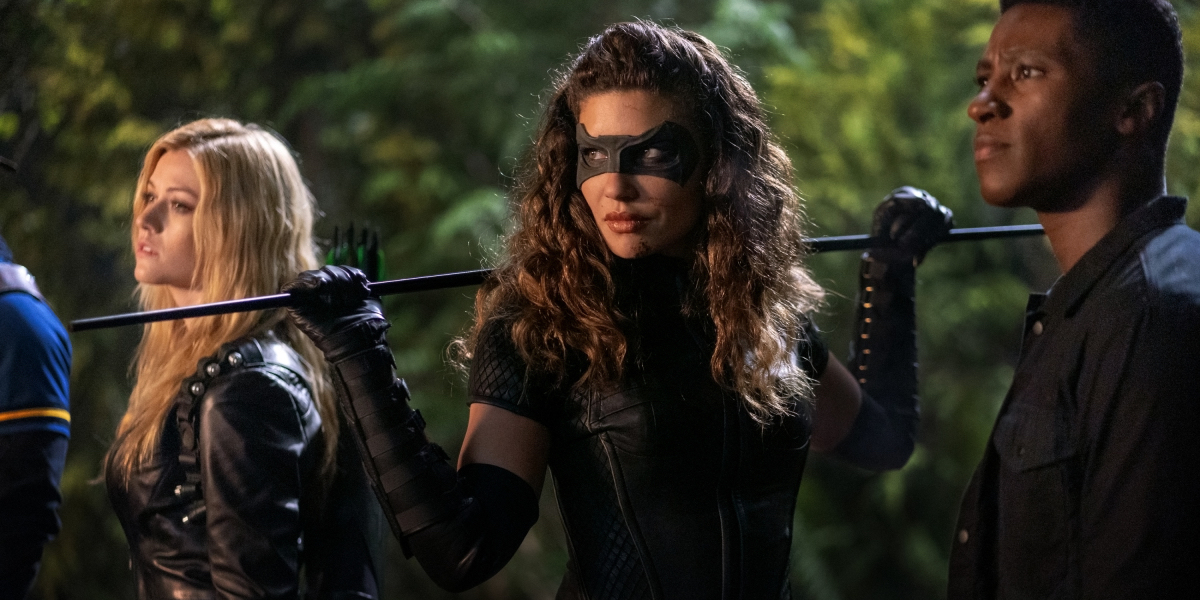 The chat between Oliver and Diggle, two brothers, on Arrow season 8, episode 7 was another heartbreaking realization of everything that we’re losing in the DCTV universe. Oliver and John’s relationship is so lovely to watch, and though Arrow didn’t really explore how Oliver’s loss will really impact Dig (they could have done more, let’s be honest), the moments we’ve had were wonderful.

Seeing Laurel Lance AKA the Black Canary in action, without relying on her cry, a gun, or any other weapon was one of my favorite moments of the episode. She’s come so far as a hero, and it’s clear Katie Cassidy-Rodgers is finally getting to enjoy the show she’s been on for the last several years. Another strong part of this season has been the friendship blossoming between Oliver and Laurel, which I hope will extend to a friendship between Laurel and Mia on the Arrow spin-off.

So much has changed from the future we’ve come to know in the flash-forwards, so I’m beyond excited to see how that is reflected in the Arrow spin-off’s backdoor pilot, which is the first Arrow episode after the crossover. But, to me, the most important change happened on this episode: Oliver asking Diggle to tell Felicity not to keep Mia and William apart. This will change so much between them, and it’s going to be so beautiful to watch.