On the Arrow season 8 premiere, Oliver is tasked with a mission from the Monitor that brings him to Starling (not Star) City. While accomplishing this task, he runs into many familiar faces that challenge him emotionally.

It’s been hell waiting for the Arrow season 8 premiere after the revelation that Oliver had to leave his family to help prepare the world(s) for “Crisis on Infinite Earths,” but the wait is almost over and the countdown begins.

We had a chance to view the Arrow season 8 premiere early, and it’s going to blow your mind. From the very first second, this episode will have you on the edge of your seat and, well, confused as hell.

You’ll have to wait just a little bit longer to see the episode for yourself, but we’ve come up with a few teasers to prepare you for one of, in my opinion, the most incredible Arrow episodes ever! 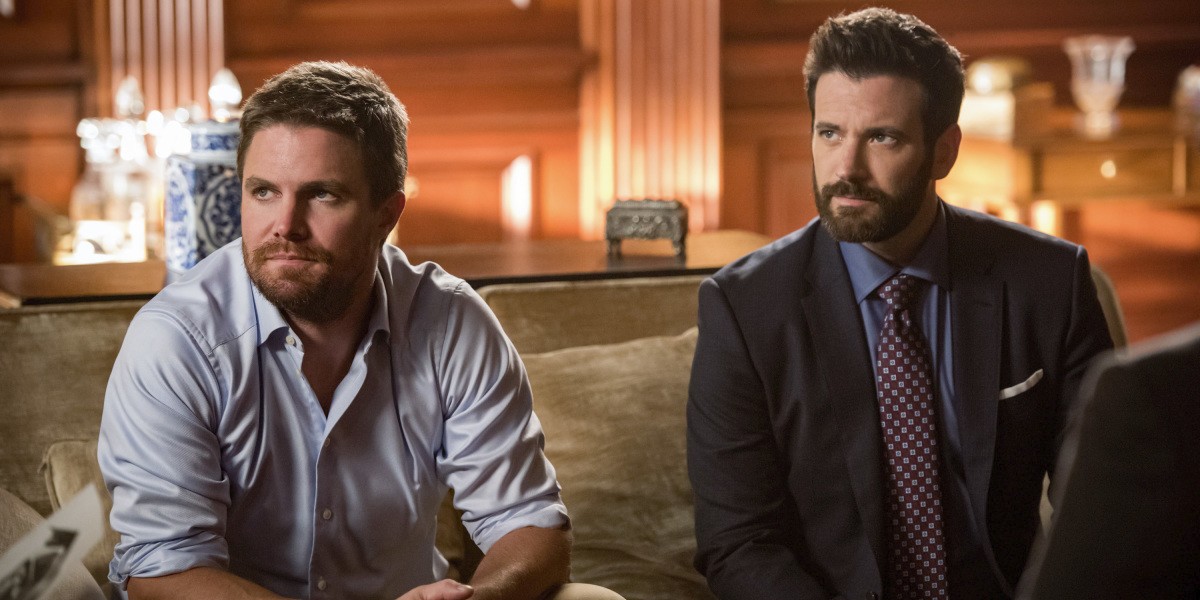 Of the stars in the episode, the most focus falls on Oliver, Diggle, and (Earth-2) Laurel. Though the latter two don’t share many scenes together, the relationships between Oliver and Laurel, and Oliver and Diggle, are further explored and set the precedent for how “Team Arrow” is going to come together as Oliver faces imminent death.

There are a few truly heartwarming scenes between Oliver and Laurel that showcase the growth in their relationship since she first decided to put her life as Black Siren behind her. And, lest we forget, Oliver and Diggle’s brotherhood is partially where the series began, and the premiere highlights their unbreakable bond.

The Hood v. The Hood

Being back in Starling City, and paralleling the pilot, there has to be “The Hood,” which was Oliver’s moniker when he first returned to, and began, his vigil-antics on Arrow season 1. As briefly seen in the trailer below (at 1:59), there is indeed a fight between two people using “The Hood” to hide their identities.

Many Laurel Lance fans have expressed hope, for years now, for a scene between the Green Arrow and the Black Canary where he refers to her as her oft-used nickname in the comics: Pretty Bird. Though it’s a bit unexpected, this nickname is used in reference to Laurel.

And even though Felicity Smoak will not be around this season due to Emily Bett Rickards’ departure, the premiere does not forget about her important role in Oliver, Diggle, and Laurel’s lives. One of the many callbacks is even to Felicity’s first appearance on the series.

As promised (and already told to us), JJ Diggle — revealed to be the leader of the Deathstroke gang in the final episodes of Arrow season 7 — makes an appearance and interrupts a team outing.

The end of the episode is, honestly, one of the most incredible things Arrow has ever done. It sets the tone for the entire season, and it really gives the characters something to think about, and something to prepare for, as they try to save Star City one last time in these final nine episodes.

Nothing will ever be the same in the Arrow-verse after this. 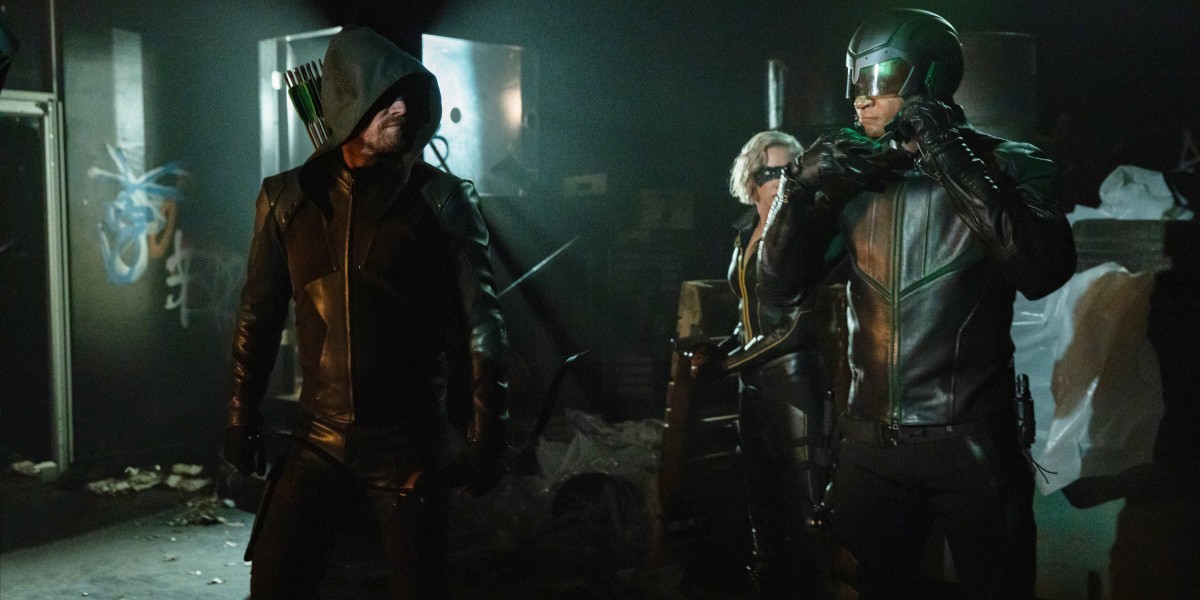 A beautiful tribute to fans

Arrow season 8 is starting off incredibly strong with a premiere that has numerous callbacks to the pilot episode (like, seriously, so many it was impossible to keep track of them all). For the start of the final season, I was (mostly) impressed by this episode and how much of it was to honor the fans while still providing a solid plot and setting up the importance of “Crisis on Infinite Earths.”

So many familiar faces — including Moira, Tommy, and Malcolm — make an appearance in this episode. It’s so wonderful to see them around again as the show has never really been the same without them. And for a season premiere, I was not disappointed at all. This episode truly exceeded my expectations. 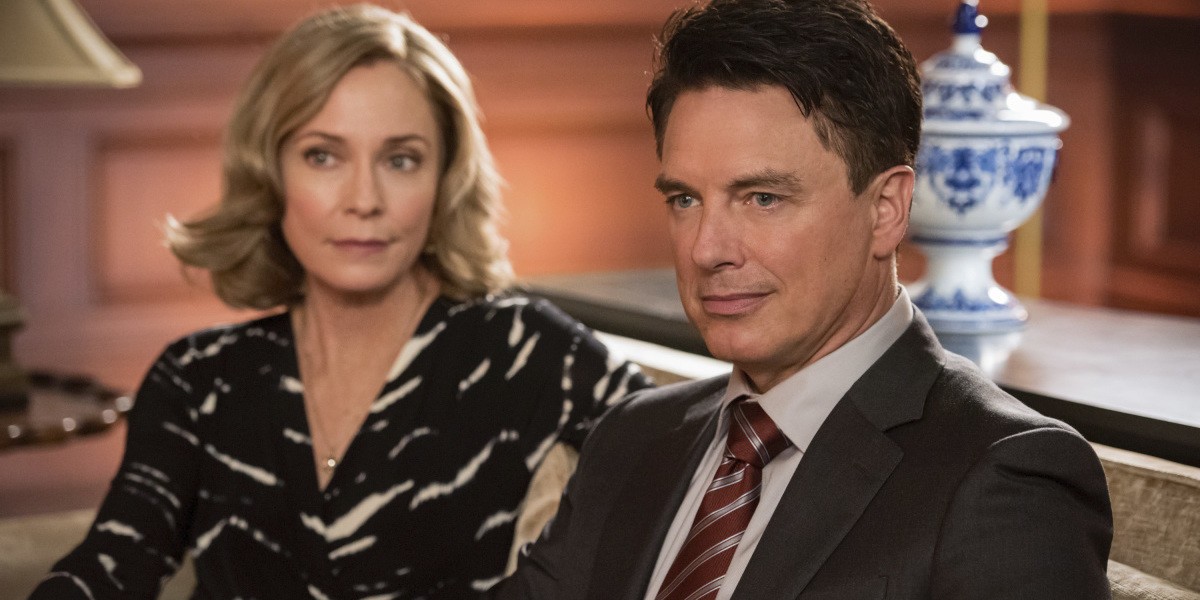 The only really disappointing part of the episode was the future timeline. It takes a little bit to kick up the heat in the present day (which is totally worth it), but honestly, this episode would have been so much better without the 2040 story.

The flash-forwards could have waited an episode and devoted every minute of this episode to honoring the pilot and season 1, but we’re stuck watching the growing pains of the new team in the future after Felicity, Dinah, and Roy appointed them to save Star City, now that the wall has fallen around the Glades. As much as I enjoyed these flash-forwards for most of season 7, it was really disheartening to see the time that was wasted on it when Oliver and co. are no longer going to be with us in just a few months.

Be sure to stick around Hypable for our interview with Katie Cassidy and our full, spoiler-y review of the Arrow season 8 premiere!