An updated take on the 1974 holiday slasher classic, Sophia Takal’s Black Christmas is a messy but well-meaning feminist horror movie, perfect for 2019.

Just like the original Black Christmas, we begin in a sorority house on a college campus. Winter break is about to start, and mostly everyone is clearing out to head back home. A few of the sorority sisters are sticking around to spend the holiday together and throw a friends “orphan” Christmas dinner.

The university they attend is the fictional Hawthorne College, looking like your typical white male-led Ivy League college. Black Christmas opens on a quote from the founder about the inherent nature of men and how all men have a power within them that’s almost supernatural and, if utilized, gives men the will to do anything they set their mind to. It’s spooky stuff, and even worse, speaks to just how awfully ingrained the patriarchy is.

From the get-go, it’s clear writer/director Sophia Takal (“New Year, New You” from Hulu’s Into the Dark series) and her co-writer April Wolfe wanted to take the feminist tinge of the 1974 original and amp it up to 100. They take a bold swing by broadening the mythology, doubling down on important themes and straying from the source material; for the most part, it’s a bold swing that pays off. 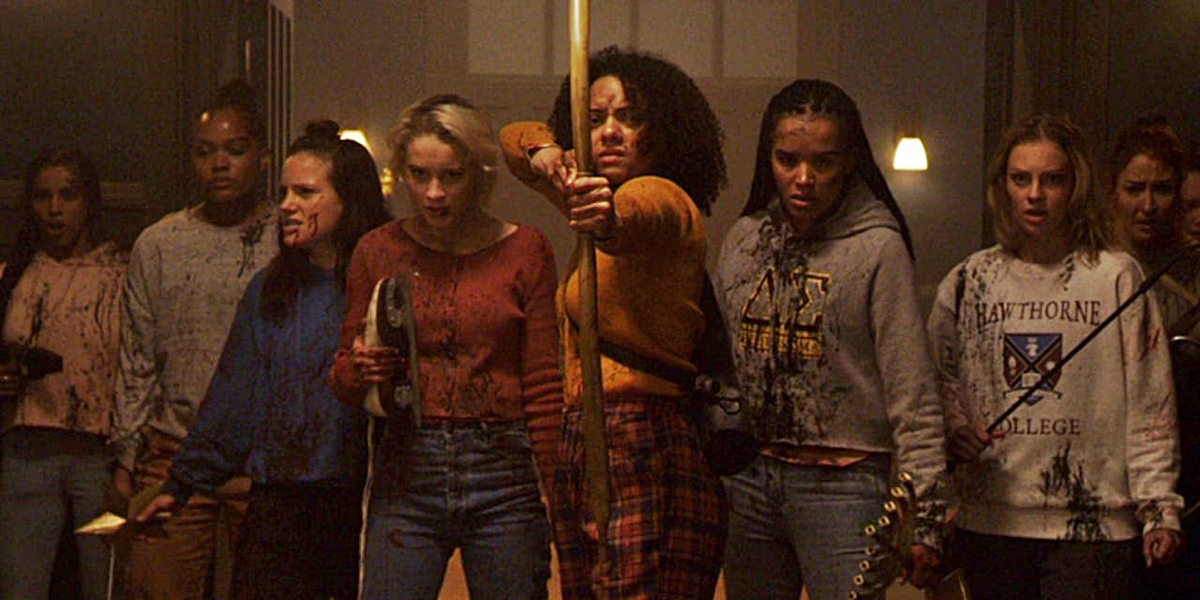 What’s best about this world Takal and Wolfe have built is that the horrors these women face are based on real world horrors faced by women on college campuses and beyond; a world of men not obeying consent and thinking they have all the power and that they deserve all the power.

Even before the mysterious killings at Hawthorne begin, there’s an ominous presence on campus that permeates with the above ideas. A professor is being petitioned for his all white male curriculum, and there’s a fraternity conducting bizarre hazing rituals that seem more like a satanic cult.

Black Christmas is smart in how it turns the oppressive patriarchy into a supernatural force, as the opening quote suggests, about women staying in their place in order for men to rise to power. And while taking the intent of the original and running with it is great, the original conceit of holiday horror begins to take a backseat. 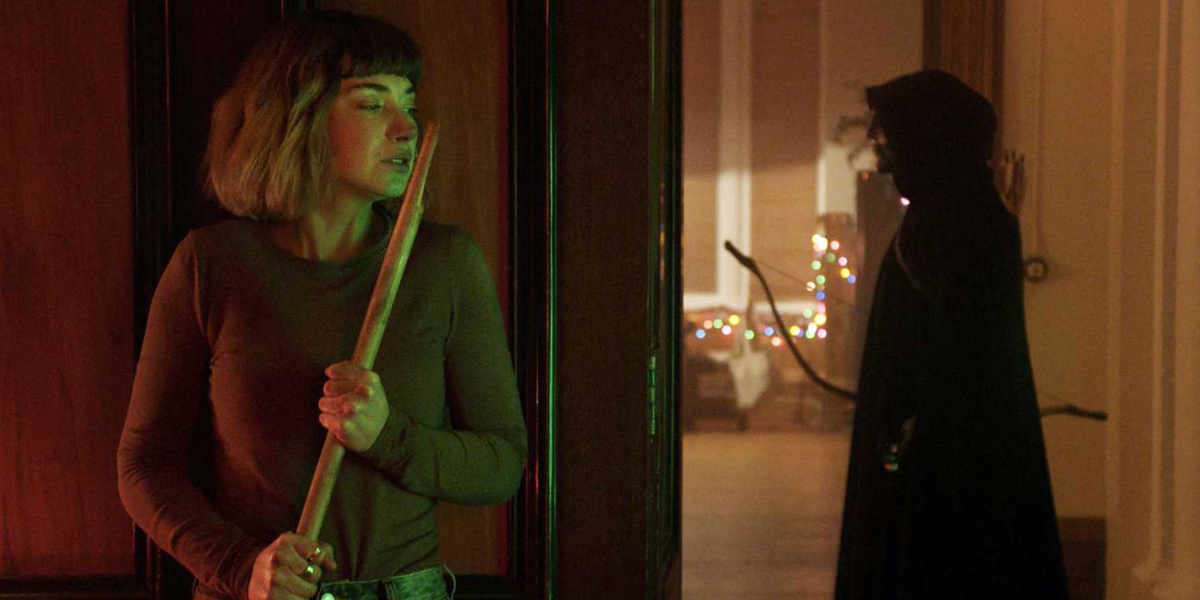 Riley (Imogen Poots), Kris (Aleyse Shannon), Marty (Lily Donoghue), and Jesse (Brittany O’Grady) get an unexpected intruder into their sorority house, donning a shimmering black mask and a hooded cloak, just as they’re about to prepare for their holiday meal together. And this comes after one of their other sorority sisters has already vanished, and campus security is putting in minimal effort for a threat Riley already suspects could be very real.

While the initial kills in Black Christmas are infused with holiday flair — their first friend to go, Lindsay (Lucy Currey), is taken down with an icicle — once the fraternity evils start to get unveiled, that’s when the movie begins its pivot away. While the schlocky and deeply weird 2006 remake of Black Christmas leaned heavily into macabre holiday slaying while completely ignoring the original’s feminist bent, Sophia Takal takes it in the complete opposite direction.

However, it is a bit of a bummer to stray so far away from memorable holiday imagery and kills, with the irony of a grisly murder set to cheery Christmas music and bright, colorful lights. That sense is almost completely lost by the time we get to the back half of this Black Christmas. And it’s even more disappointing when there’s a nod to the original right at the opening with a glass unicorn statue (used as a murder weapon).

Perhaps the most controversial thing in Sophia Takal’s Black Christmas is wherever the decision came from to make the movie rated PG-13 instead of R. Luckily, muting the violence isn’t too much of a detriment as you might think because the implication of each kill is still very much there, though you do miss out on fun horror blood splatters. What is a benefit of the movie being rated PG-13, however, is the idea that high school boys might be drawn out to see it and learn a thing or two about consent and the scourge of the patriarchy.

‘Black Christmas’ is now in theaters