Black Lightning 3×02 “Maryam’s Tasbih” proves that the Markovians are a real threat — but also proves that Odell and the ASA are an equally dangerous one.

Wow, this episode took me on quite a journey.

After spending a good majority of the last episode thinking that Odell was playing the Pierce family, Freeland and all of us watching at home, turns out the only one who was playing me was…me.

As Jefferson said early in this episode, I spent most of last episode thinking that Odell was using the Markovians the same way the Bush administration used weapons of mass destruction as a reason to invade Iraq — a pretext to get the people around him to do whatever they wanted.

However, almost as soon as Black Lightning gave voice to possibility that this could be real, it then went ahead and proved that possibility to be a mere fiction and the Markovian threat to be a clear and present danger.

Yes, we saw the Markovian army wheeling into the Wolfsbane mountain, with a full army of grim faced men riled up by the nationalistic rhetoric of their leader. So, it looks like the threat is real, it’s here and the ASA isn’t driven completely by a fabricated threat. 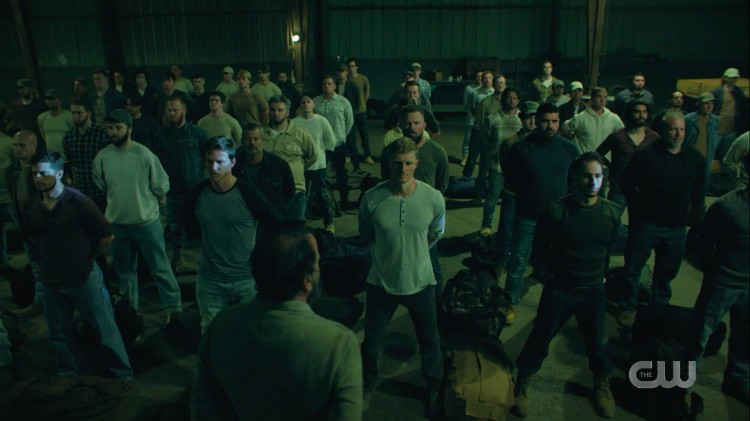 In addition to proving the Markovian threat to be real, this week’s episode likewise turned my world upside down when it briefly made me actually like — ok maybe not like, but at least respect — Agent Odell.

Like I mentioned last week, Salim Akil described Odell as a true American patriot, so I do actually think that he believes he’s doing what’s best for America and its people.

That doesn’t make him a good person — plenty of people do heinous things and indulge in villainy, even as they believe they’re serving their country — but it does make him a really interesting character, and Black Lightning is very good at giving us those.

I also get the impression that Odell does things which he deems necessary — even if they’re cruel — but he doesn’t make cruelty his purpose. His moment this week with Jen really went a long way with warming me to him. Above all things, I think Odell is honest about who he is and honest about what he does — which is why I think he was telling the truth when he gave Jen that phone and told her what’s happening to her and her family isn’t fair.

Of course, like I said, this episode took me on one hell of a journey. Just as I was thinking that Odell wasn’t all that bad, he reveals that he’s rebooted Khalil as Painkiller — a mindless, biologic automaton who’s half Terminator, half Neo in The Matrix — and sends him to go kill his mother.

So while the Markovians are certainly a real and immediate threat, the ASA itself is just as big of a threat — and all the more dangerous because it actually has leverage on the Pierce family. 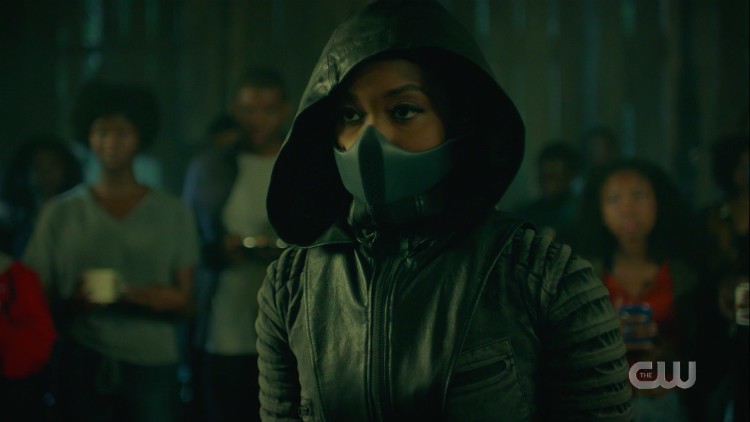 Other than the journey that this episode of Black Lightning took me on with the Markovian threat and Agent Odell, we also had quite a lot of conflict with Jefferson and Anissa.

These are two characters who have always relished being superheroes — Jefferson himself only ever gave up his superheroics on the behalf of people outside himself. While that’s an admirable thing, I’ve always felt like wanting to be a superhero is a little bit like wanting to be the president — the people most likely to want to do it are likely to have both a bit of an ego and a bit of a control problem.

What makes someone a villain (or a bad president) rather than a superhero is when both these things go unchecked.

Neither Jefferson or Anissa, of course, allows both these parts of themselves to go completely unchecked, but this week’s episode of Black Lightning does highlight how quickly those two traits can manifest when heroes find themselves under extreme stress. They don’t, of course, become villains, but do commit acts that aren’t completely laudable, either.

Jefferson’s distrust of the ASA is justified — and we know this even more than he does — but it’s also blinding him to his own flaws when it comes to the pod kids. Lynn is right to call him out on pumping Maryam for information when she’s so obviously sick and so obviously trusts him.

Anissa, too, is right to be frustrated with the Perdi for going back on their word (and also, she’s right to call them out for kind of just sucking after she and Black Lightning kicked the Sanje’s ass for them last season), but her use of extreme force and intimidation isn’t the most heroic route either.

Like I said, this week’s episode of Black Lightning really took me on a journey with both the plot and the characters, and you know what? I can’t wait to see where it takes me next. 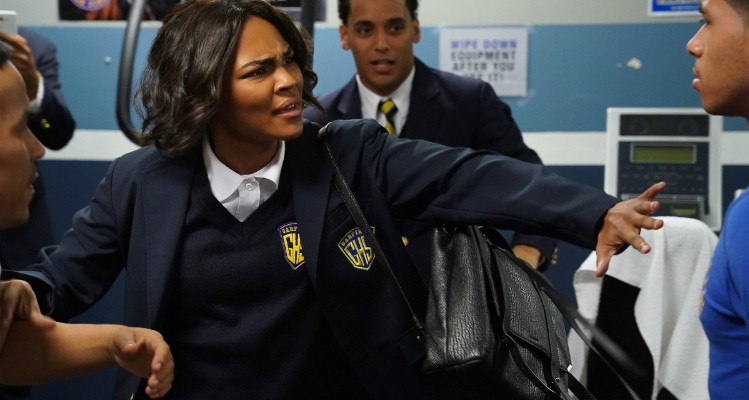