Black Lightning season 3, episode 6 brings Anissa to the brink of death, Jefferson out from under Odell’s thumb, and moves the Markovians into the spotlight.

After five episodes of occupation, Black Lightning officially transitions into resistance mode with chapter one of “The Book of Resistance.”

The last episode finally gave our favorite police chief Henderson a win when he revealed himself as the head of the resistance and brought all the disparate resistance movements together under one umbrella. This week starts out with a major setback, as Truthteller Johnson gets fished out of the local river, but ends on a major upside when it recruits Jamillah Olson — guerilla reporter extraordinaire — as the new voice of the resistance.

Elsewhere, the death of Tavon weighs heavily on our two main heroes, who both blame themselves when they really should be blaming the ASA.

Still, the death of Tavon is not only the spark that ignites the underground resistance to coalesce into something greater than their individual parts, it’s just the push Jefferson needs to shake himself free from the leash that Odell put on him.

This episode also gives us our first extended look at the Markovians, specifically Mosin, who seems rather chummy with Odell. HRM, I say. That’s rather suspicious.

However, something I was wrong to be suspicious about — turns out the Markovians do indeed have a metahuman army, as we’ve been told all along. However, they don’t exactly seem all that interested in adding to it, as we’ve also been told. Could it be that liar mc-liar-son Agent Odell was telling half-truths? 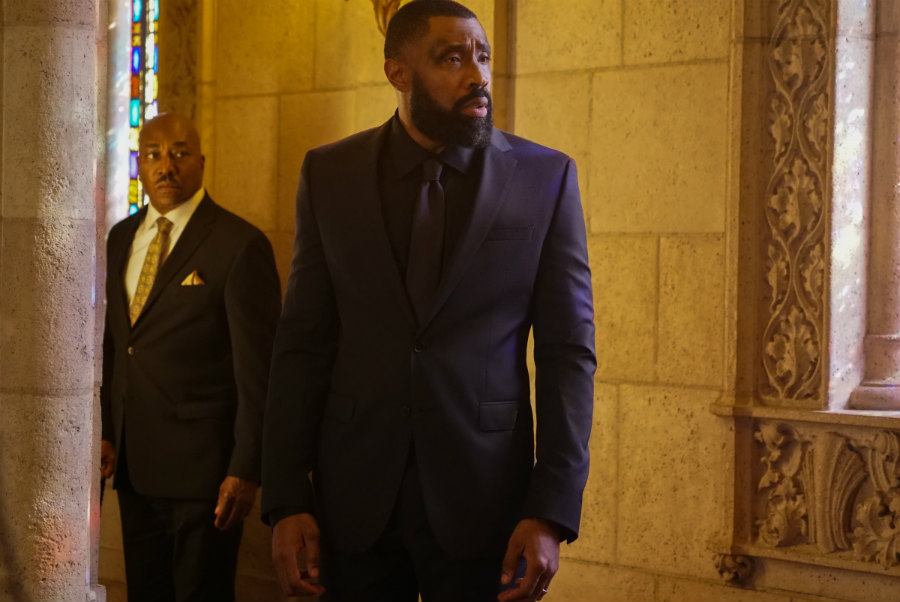 Unfortunately, the answer to that question has just gotten much harder to find the answer to since Odell apparently was killed off last night.

Odell confronted the metahuman Instant and the Markovian Colonel Mocin last night, and though Odell is a consummate professional manipulator and master ASA agent who always seems to be about one step in front of everyone else — and despite the fact that Jefferson came in to help save the day — Odell still ended the episode dead on the ground.

It was an anticlimactic ending that also felt shoehorned in and was choppily edited, which is strange given the general smoothness and high quality of this show.

In fact, it was so choppily inserted and so anticlimactic that I’m refusing to accept it as real until Black Lightning shows me Odell’s body in the ground, buried in the dirt, and we get confirmation from two different medical professional that it is indeed Odell lying in the dirt.

This is a comic book show, after all, and Odell’s death was so rushed after him being such a major power player for an entire season and a half that I refuse to believe they killed him off like that. I’d be willing to take that the ASA swiped some of that Gambi face-swapping tech, or that Odell pulled a Nick Fury and sent either a robot or a clone (I’m not picky) in his place.

Either way, I’m holding out judgment for whether or not Odell is actually dead until I get some real confirmation. After all, it’s not the first time Black Lightning has ‘killed’ someone off just to resurrect them later on. The show has, in fact, done this twice before — once with Gambi and another time with Khalil.

So for now, I’m going to assume that he’s alive and manipulating people like they’re chess pieces somewhere deep in a bunker. 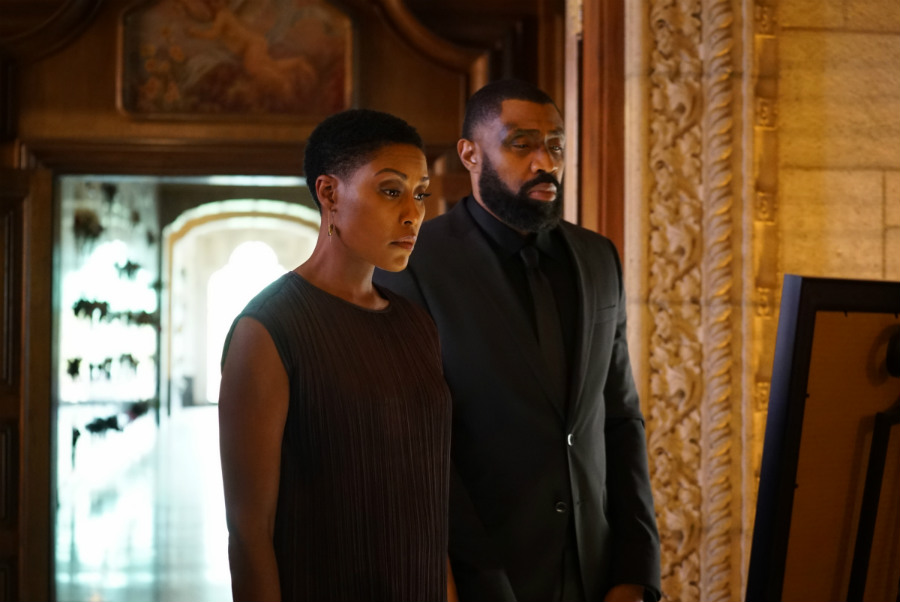 Odell had a pretty good grip on the Pierce family for most of this season, but in this episode that grip started to slip.

First with Jefferson, who could no longer stand idly by and let injustice continue in the wake of Tavon’s death, then with Lynn, who began to get manipulated by Tobias Whale.

If you’ve read my reviews of Black Lightning, you know that I love me a good villain — which is why I’ve spent so much time writing about Odell.

The first few episodes of the season have mostly underutilized Krondon’s Tobias Whale by keeping him old and sickly, but the souped-up, ageless metahuman came back to us in a big way last episode and continues in fine form in this one.

Look, I know that Tobias is a definitely trash and actually evil to boot (unlike Odell, who Black Lightning takes great pains to keep ~ambiguous), but I also find him such a fascinating character and Krondon such a charismatic on-screen presence that I’ll never say no to him getting more of the spotlight.

As we’ve known all along, you can’t keep someone like Tobias down for very long, and he proves that this episode when he successfully coerces Lynn into giving him a list of the metahumans currently on lockdown in the Pit. Krondon Jones and Christine Adams are both fantastic actors (everyone on this show is) and have such dynamic chemistry together that I can’t help but hope we see more scenes of the two of them playing off one another.

In fact, I really wouldn’t mind if Tobias, Lynn and Jefferson had to team up somehow to take down the ASA. I don’t think that Tobias will ever switch sides or go on a full redemption tour, but the possibilities — and the snark! — are too tempting for me to not want it.

As it goes, this episode highlights the fact that Tobias Whale and Lynn Stewart are developing some kind of connection, and that he’s pretty successfully turning her against Odell. Say what you will about Tobias, but at least he’s honest. The type of friend who will stab you in the back, as he says, which is much more preferable to what Odell would do (and is doing!) to Lynn. 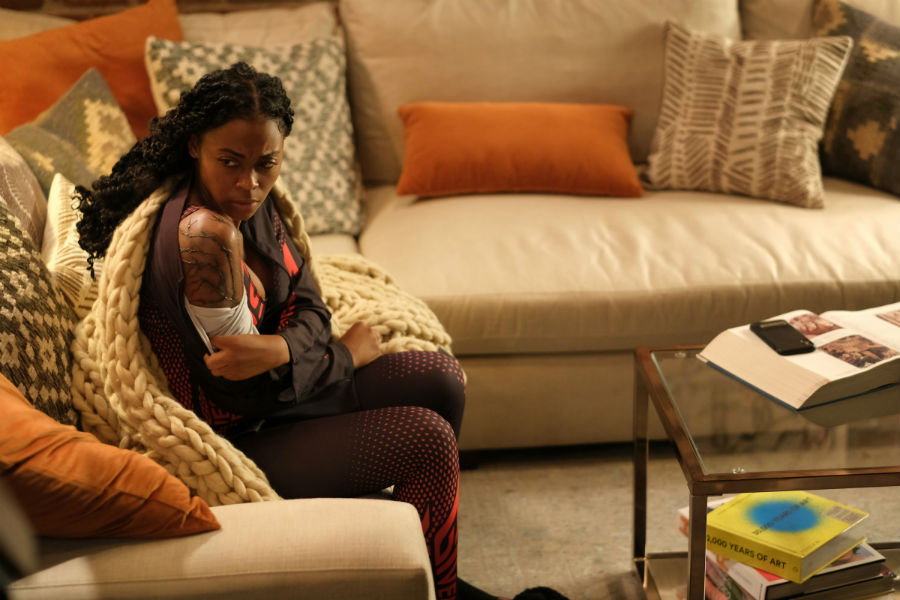 The other major storyline we get in this episode belongs to Anissa, who is really doing her best ‘lone ranger, gotta do it all on my own’ thing, much to her own great detriment.

She begins the episode by filming a goodbye video to her friends and family because she has Painkiller’s venom in her that is slowly breaking down her cells. She decides that it’s a good idea (?????) to NOT tell her family (???!!??) or girlfriend (!!!!!) that she’s dying, just suffers in silence and utter pain.

Part of this Anissa’s ‘I can do it all on my own’ attitude, which I admire (even as it frustrates me), part of it is her feeling of guilt at bring Tavon back into Freeland despite knowing it was a bad idea and having him pay for it with his life, all of it is a bad idea.

Fortunately, though Grace isn’t given much to do here except be lied to by Anissa and find her convulsing on the floor, her quick reaction is enough to get Gambi running over to casa de Anissa to administer the anti-venom he cooked up in that high-tech lab of his.

And in fact, having to make that anti-venom so that his adopted niece doesn’t die leads him to another revelation: Khalil isn’t dead after all.

He confirms this by heading over to Khalil’s grave, only to find it empty.

All the threads are starting to come together now. How long until we get the scene I know is coming our way of Jen being ecstatic at seeing Khalil alive, only for him to not recognize her at all? Oh, my heart is already breaking at the thought of it. 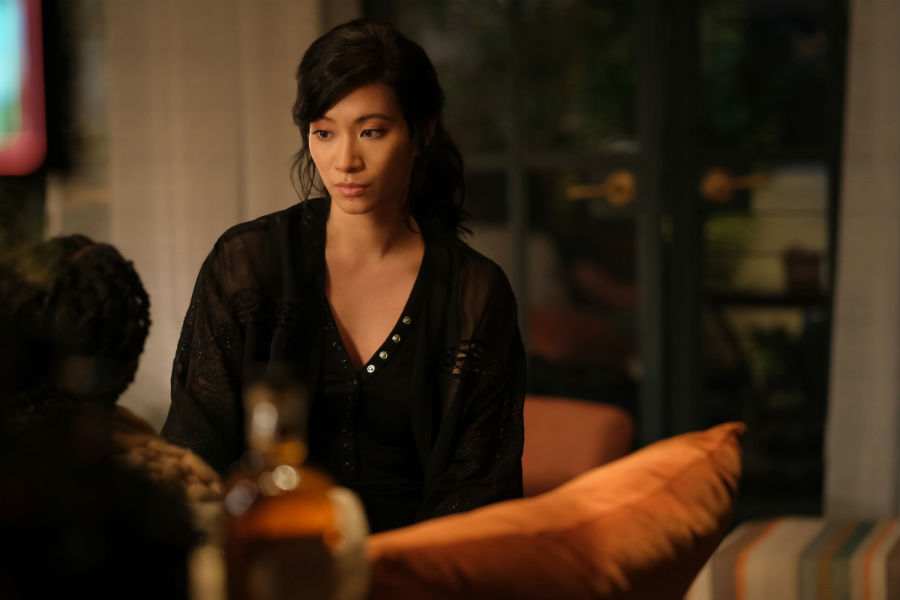 What did you think of ‘Black Lightning’ season 3, episode 6 ‘The Book of Resistance Chapter One?’