Black Lightning season 3, episode 7 debates ends, means, and methods as it checks in on all the major season 3 storylines that have unfolded so far.

Black Lightning season 3 has put a lot of different pieces on the table. The Markovian threat — however real or exaggerated it might be — remains the main push for conflict and prime mover of the plot, but its existence also branches off into a bunch of different, sometimes competing, storylines.

In terms of plot, with the Markovian threat, there’s also the ASA occupation, the pushback from The Resistance, Lynn’s work in The Pit, Tobias’ ongoing villainy, the existence of Khalil as Painkiller, and Jen’s secret work with Odell and the ASA.

In terms of character, we have the development of ThunderGrace, Lynn’s addiction to Greenlight, the conflict between Lynn and Jefferson, and whatever is going on with Brandon and Jen.

Lucky for us, Black Lightning isn’t a lesser show — it is, in fact, the best DCCW superhero show currently airing. Which means it’s managed balance all these different arcs and plotlines well, pushing them to the forefront when needed and checking in on them in the meantime.

The past few episodes of Black Lightning have been moving along rather quickly, pushing the action, story and character arcs forward at a steady clip, with last week’s episode being the first to probably push a little too fast and hard in terms of its storytelling.

And perhaps the show realized that, because this week’s episode plays out like the show attempting to catch its breath a bit. There isn’t too much forward movement on any plot lines or character arcs; rather, this week’s episode makes sure to check in with and give us a brief update on the different moving parts — a well-needed slowdown before we make another frenetic push forward. 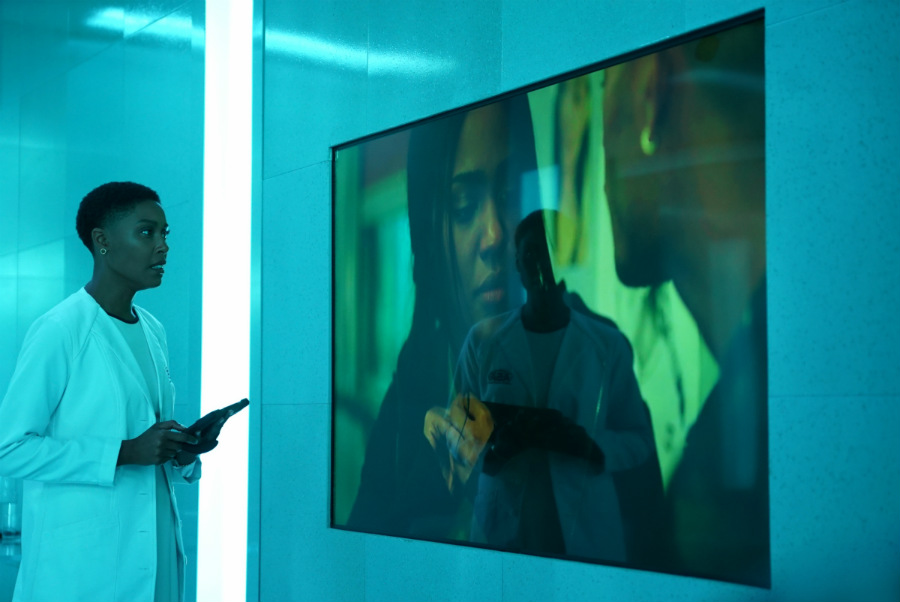 This episode did a good job of not only checking in with all the different storylines, but in consolidating them in ways that made the most sense.

First on the list — Gambi and Lynn finding out about Khalil.

Last week’s episode had Gambi recognizing the poison that was used on Anissa as the souped up version that Khalil once had — leading him to correctly guess that Khalil was not actually dead, but in ASA custody, where they were using him.

His hypothesis turned out to be correct in the worst way possible when he and Lynn discover Khalil — now simply Painkiller — in stasis in the ASA blacksite, The Pit. Gambi — ever pragmatic — says that there’s no part of Khalil that remains within the very finely crafted body of Painkiller, and that the best thing would be to basically decommission (read: kill) him.

This idea is, of course, immediately abhorrent to Lynn, who has spent basically all of her time and used up all of her physical and mental energies saving meta children. She’s unconvinced that there’s nothing left of Khalil and proves it by accessing his hard drive of memories. Turns out his memories weren’t deleted; they’ve just been pushed way down deep.

So, the good news is that Khalil isn’t technically dead or completely erased — we just need to find a way to recover those memories. And given that Gambi can basically do…anything, it seems like, I see that as our path moving forward.

The bad news is that Painkiller has committed some real atrocities for the ASA, including killing his own mother. What kind of psychic break is possible if/when Khalil gets re-uploaded back into the same body that killed his own mother? 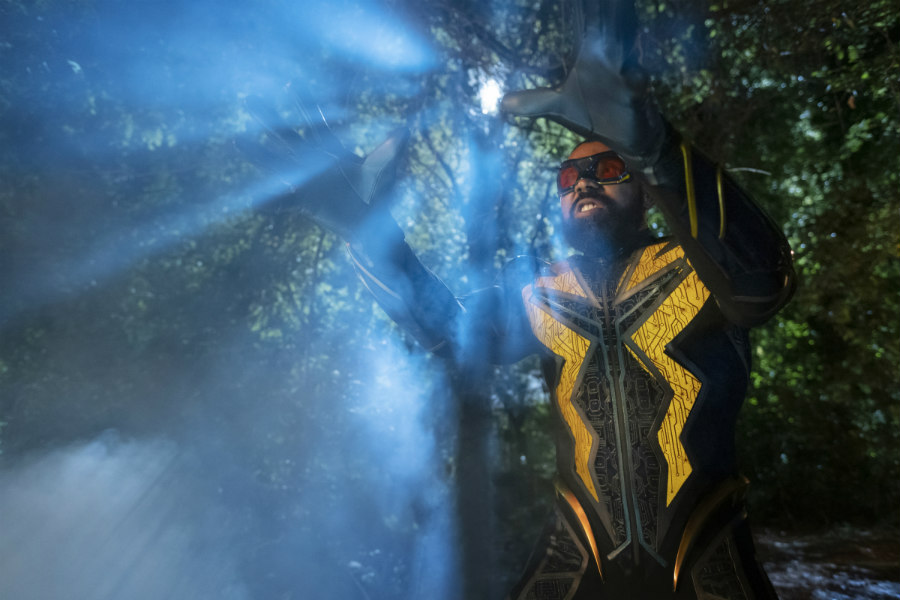 First off, I know he’s terrible, but I found myself incredibly grateful that Odell was said to be, in fact, alive and expected to make a full recovery.

We don’t get to see Odell in this episode, unfortunately, and while his temporary replacement, Major Grey, is a bit more of your straight up mustache-twirling villain, she filled in well as the primary antagonist of this episode.

Black Lightning collapsed all the disparate resistance-related threads into one storyline a few episodes ago, and doing so has really streamlined the show for the better.

The Markovians take a back seat in this episode, and the ASA comes roaring back to the forefront as the main perpetrator of villainy, going door-to-door in the city of Freeland in an attempt to find anyone who might be housing metas. This, coupled with the fact that Painkiller’s venom has done serious work on Anissa’s powers, means the resistance is scrambling for a way to get metas and potential-metas out beyond the city’s fortified border.

Not making their work any easier is Black Lightning, who disarms a bomb meant for distraction and protects ASA soldiers from getting the ass kicking they’re due. The Reverend and Henderson are not about it, and the tension between the two sides makes for some good — if somewhat manufactured — drama.

On the one hand, I understand that Black Lightning values all human life and wants to go about this as non-violently as possible; on the other hand, just last week this man was beating up ASA soldiers and burning his symbol onto the side of a building, so that’s certainly a mixed message if I’ve ever seen one.

Still, when push comes to shove, Black Lightning appears and shows himself to be a true friend of the resistance — despite his ideological differences with them, escorting a group of fleeing metas to safety and kicking some ASA ass while at it. It also provides a nice moment between Grace, Jefferson and Anissa, pushing that emotional and character arc forward in a good way.

Like I said, not too much forward movement as a whole, but lots of little movement in all the different stories and some good work in collapsing the storylines so things run smoother going forward. 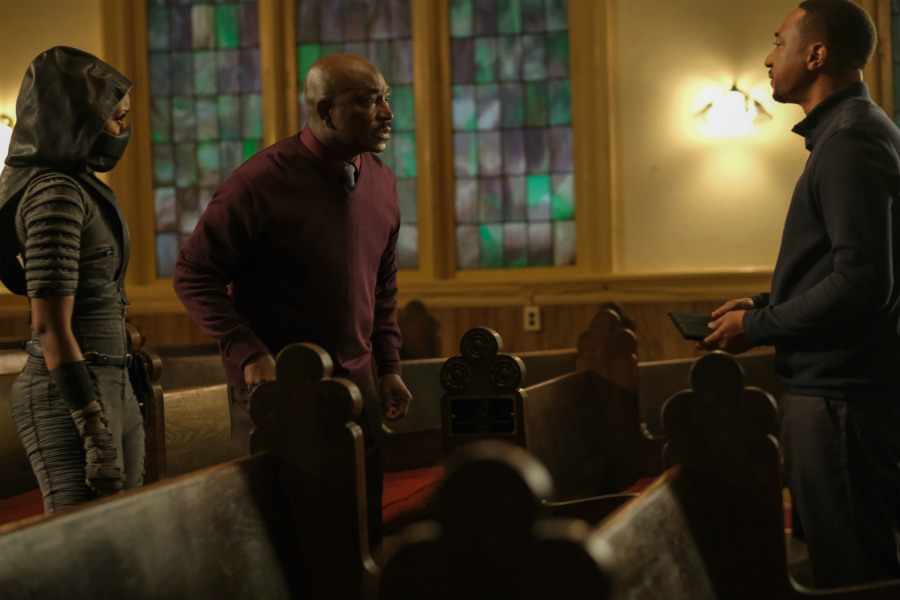 What did you think of ‘Black Lightning’ season 3, episode 7, ‘Henderson’s Opus’?