The rest of the Arrow-verse may be gearing up for the upcoming “Crisis on Infinite Earths” mega-crossover, yet even though this will mark the first time Black Lightning has been included, you wouldn’t be able to tell given the way the show has continued to focus on its own specific storylines.

That’s a great thing, by the way, given the amount of story Black Lightning has been weaving this season and how quickly it’s been pushing them all forward.

Upcoming episodes look like they’re planning to loop in the upcoming reality bending crossover, so I’m glad that for now we to get to focus on what’s going on in the Black Lightning universe irrespective of whatever shenanigans are occurring with “Crisis.”

So what is going on with Black Lightning in this episode, then?

Well, again, a lot of consolidating of the many disparate storylines to improve the overall flow of the narrative.

However, unlike last week’s episode, which consolidated storylines and offered us a mere check-in with most of them, this week’s episode both consolidates and pushes all narratives forward in meaningful ways — meaning that they either change shape moving forward or bring multiple storylines into conflict.

It also puts together two great alliances that I’ve been waiting for the entire season: Jefferson with The Resistance and Tobias and Lynn. These are great character dynamics moving forward and an exciting way to weave all these disparate threads together. 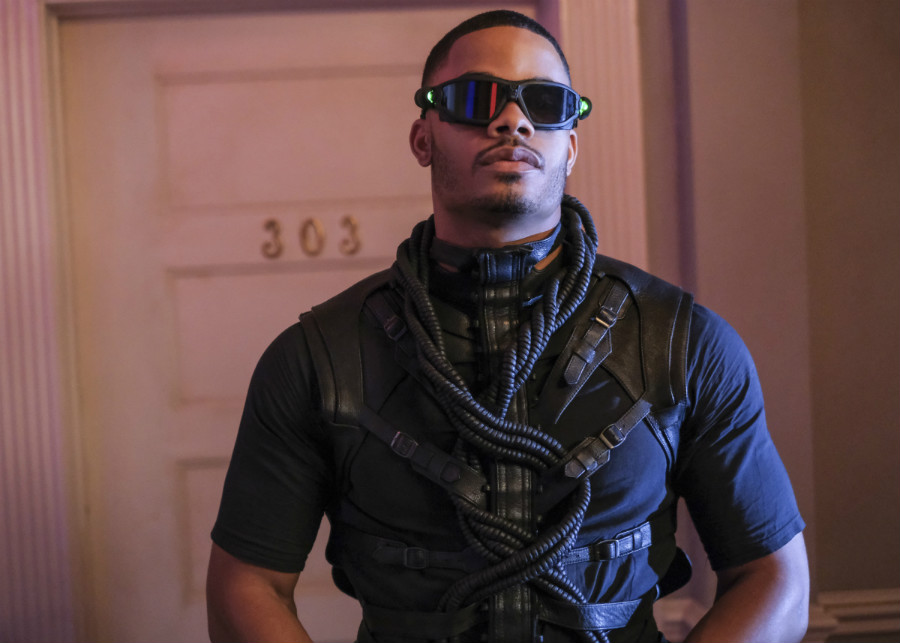 Last week brought together Black Lightning and The Resistance after it manufactured a rift between them that was neither very believable upon second viewing, nor particularly convincing.

This week’s episode makes reference to this rift for about two seconds before Henderson really just brushes by it and tells Jefferson — in no uncertain terms — you’re obviously with us. Which, after helping metahuman refugees escape from the perimeter, he so obviously is.

The episode solidifies this alliance — and simultaneously collapses a few opposing and parallel storylines — when it brings in the character of Jefferson and Henderson’s third grade teacher. Turns out the ASA is attempting to use their third grade teacher’s apartment building as a barracks and their teacher refuses to move.

And who should be the one leading the charge against the ASA? The one and only Painkiller, who is here to be the final nail in the coffin of this pesky resistance.

Or so he thought. Painkiller has spent the entire season easily mowing through regular fighters, but Thunder — back in all her Thunderous glory — will not and cannot be moved. She and Painkiller have a truly fantastic — and fantastically choreographed — confrontation, which ends with Painkiller’s glasses coming off and Anissa finding out what Gambi and Lynn already know: Khalil is alive. 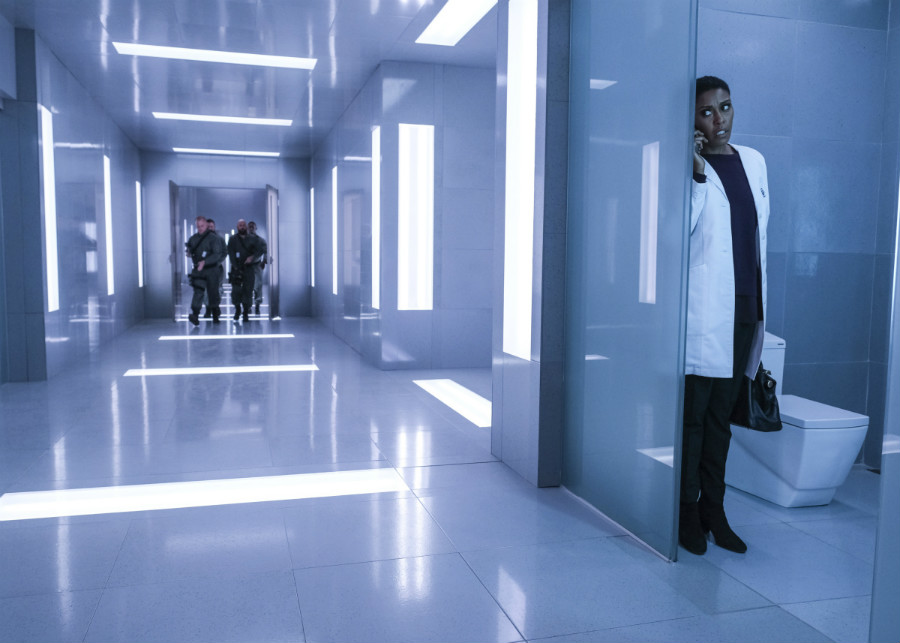 Speaking of Lynn, she’s still addicted to Green Light, still hasn’t come back home to Jefferson, and is still being harangued/hit on by Tobias Whale deep within the bowels of The Pit.

I’ve spoken before about how much I love the dynamic between Tobias and Lynn — and even before the season started, I wrote about how I’d love to see Black Lightning and Tobias be forced to team up out of necessity to oppose the ASA.

We don’t quite get to that second thing, though I almost have to think it’s headed our way given how this episode went.

However, we do have Tobias coming in with all his swagger and menacing charm (me during this review: do I have an ill-advised crush on Tobias? I just might!), and he tells Lynn basically what Jefferson has been telling her all season: the work she’s doing to stabilize these Green Light Babies is only going to make it possible for the ASA to control them and use them as soldiers.

And while she knows that in her head, her heart is apparently telling her that what she’s actually doing is giving these kids a choice and a chance… an idea which Tobias immediately crumples up and tosses to the side when he very clearly tells her in no uncertain terms, that she’s not giving these kids a choice; she’s handing them over to the ASA to be used and abused.

It is basically, literally the same thing that Jefferson has also been telling her, but hearing it from both her husband and the man who hates her husband — plus the fact that she finds the vats of Green Light that the ASA is planning to flood Freeland with — are enough to convince her that the ASA is not worth working with.

She doesn’t know what quite to do with all of this information, but of course Tobias does — he tells her to help him break out by giving him camouflage powers. We don’t know where that all ends up because shit hits the fan in a major way, thanks to Anissa, Gambi and their newfound friend Technocrat. 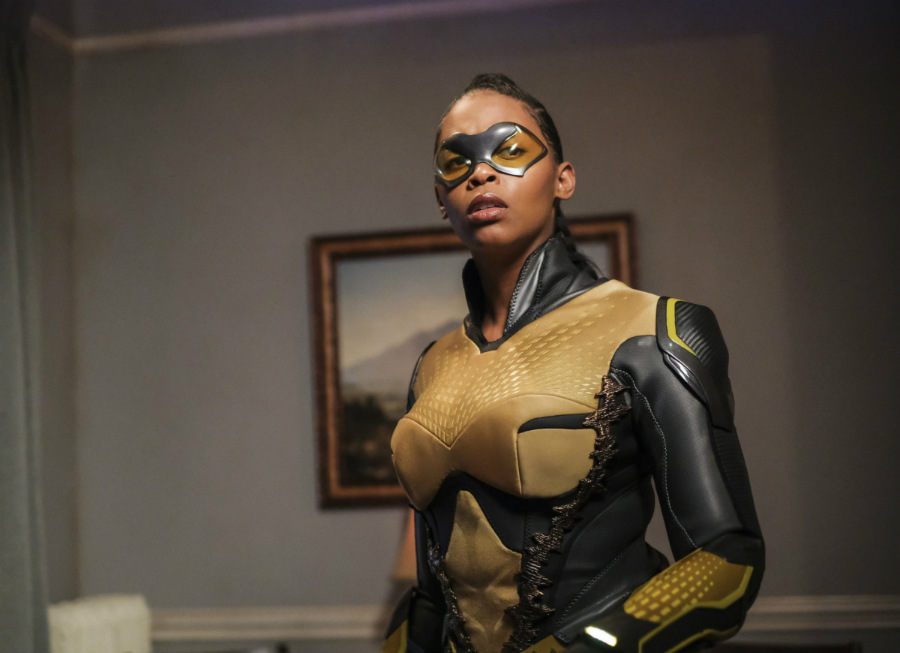 This whole season I have been highly suspicious of the ASA and the validity of the Markovian threat, to the point where at the beginning of the season, I was convinced that there was no Markovian threat at all.

That was quickly dispelled in the second episode, where it was revealed that the Markovians existed and they were incredibly pissed. However, as the season has gone on, it’s been increasingly obvious (to me at least) that the Markovian threat isn’t what’s being advertised.

There’s a threat there, sure, but I’m not so sure it’s against Freeland specifically. In fact, it seems like it might be against the ASA, in which case the Pierce family and the Markovians would have a lot in common.

All that speculation aside, what we do find out in this episode is that the quarantine on Freeland has taken on a different flavor outside of Freeland. Within the city limits, it’s all occupation and the drum beat of war and the impending threat of Markovia, but as Gambi finds out, outside of the city, everyone in the US thinks that Freeland is under quarantine for SARS.

It’s… not my favorite cover, but I let it go because I do remember how crazy people got about it. Either way, it further heightens my suspicions that the Markovian invasion is NOT all it seems, and they might end up being more on our side than the ASA.

Finding out that the ASA has been covering up the reason for their occupation means that Gambi, Anissa and Jamillah need to find a way to disseminate the truth, which they manage to do with a video that has a bunch of Jamillah’s footage of all the heinous crimes the ASA has committed thus far.

We don’t get to see the result — and with the looming “Crisis” event happening, we probably won’t for a while. However, I expect this will have major reverberations for the story moving forward, and I bet this isn’t the last we see of Technocrat either. 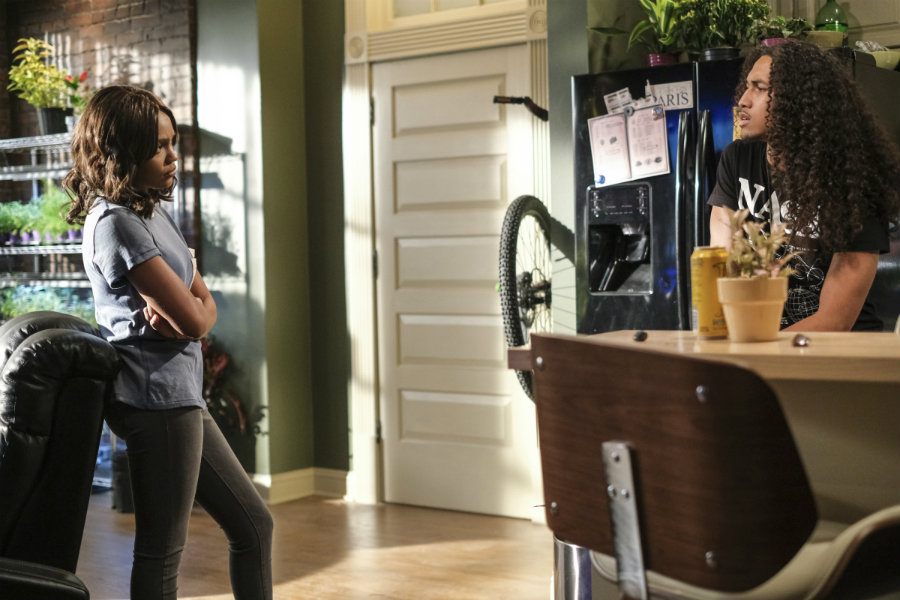 What did you think of ‘Black Lightning’ season 3, episode 8 ‘The Battle of Franklin Terrance’ ?