As book-to-TV adaptations become more popular, it’s time our favorite series are adapted for the small screen within the next decade or so.

Book adaptations are certainly nothing new, but there has been a small resurgence in translating novels to the small screen. Where movie adaptations were once the prime medium to tell our favorite stories in a visual sense, now producers, directors, and screenwriters are looking at television.

Unlike film, television allows creators to tell a more intimate story. You typically have more time (a whole season of about 10 hours rather than a two-hour movie) to adapt a novel. You can stay truer to the source material and, in turn, please fans of the original books.

With the promise of a new decade ahead of us, and plenty of talk regarding book-to-TV adaptations, here are a handful of our favorite novels we’re hoping to see on the small screen. 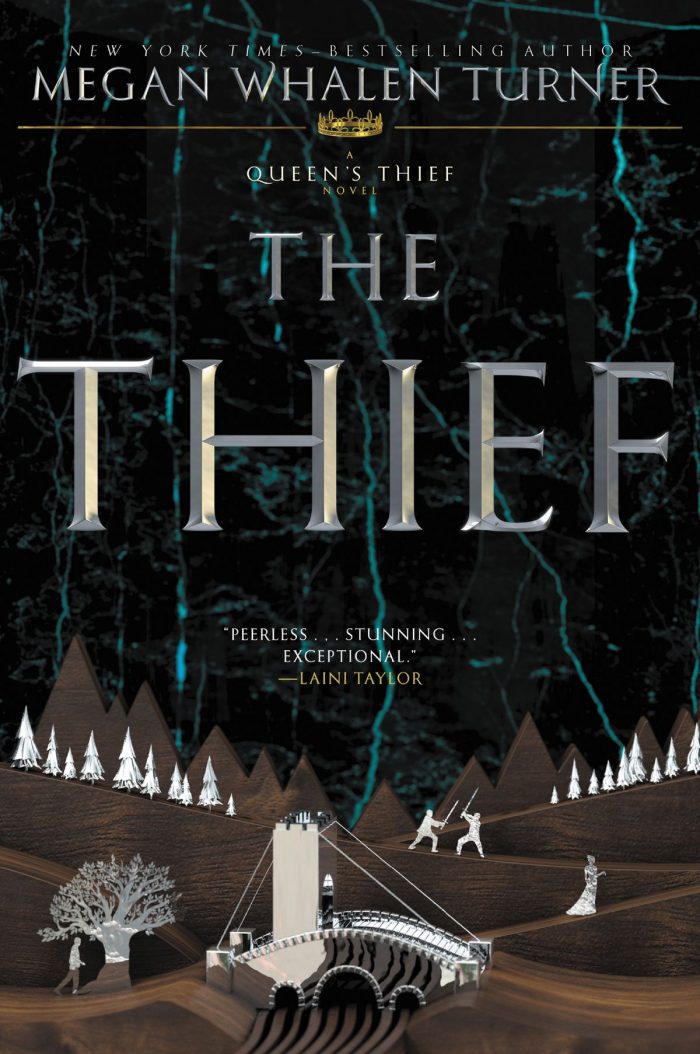 I think The Queen’s Thief series by Megan Whalen Turner would make an amazing book-to-TV adaptation. With the final book in the series due to come out in the fall of 2020, it would be perfectly slated to be transformed from paper to the small screen. Not only does The Queen’s Thief have exquisitely detailed world-building based loosely off Ancient Greece and Byzantium with its lore and mythology, but it’s plotlines are subtle and it’s twists are some of the best I’ve ever read.

This is a YA fantasy series that follows a thief named Gen whose exploits and deceptions land him into situations he’s unable to get out of. He’s also conniving and an unreliable narrator. It would be interesting to be able to watch events unravel outside of the points of view written in the books themselves, though the reveals and twists would need to be handled with care so they have the same impact they do in the books.

The Queen’s Thief has a large cast and could easily span five seasons. I could see it airing on either HBO, Showtime, Netflix, or Disney+; a platform where filler episodes wouldn’t need to exist, and where the budget would be able to pull off sets and costumes as complicated as HBO’s Rome. — Beth Aderhold 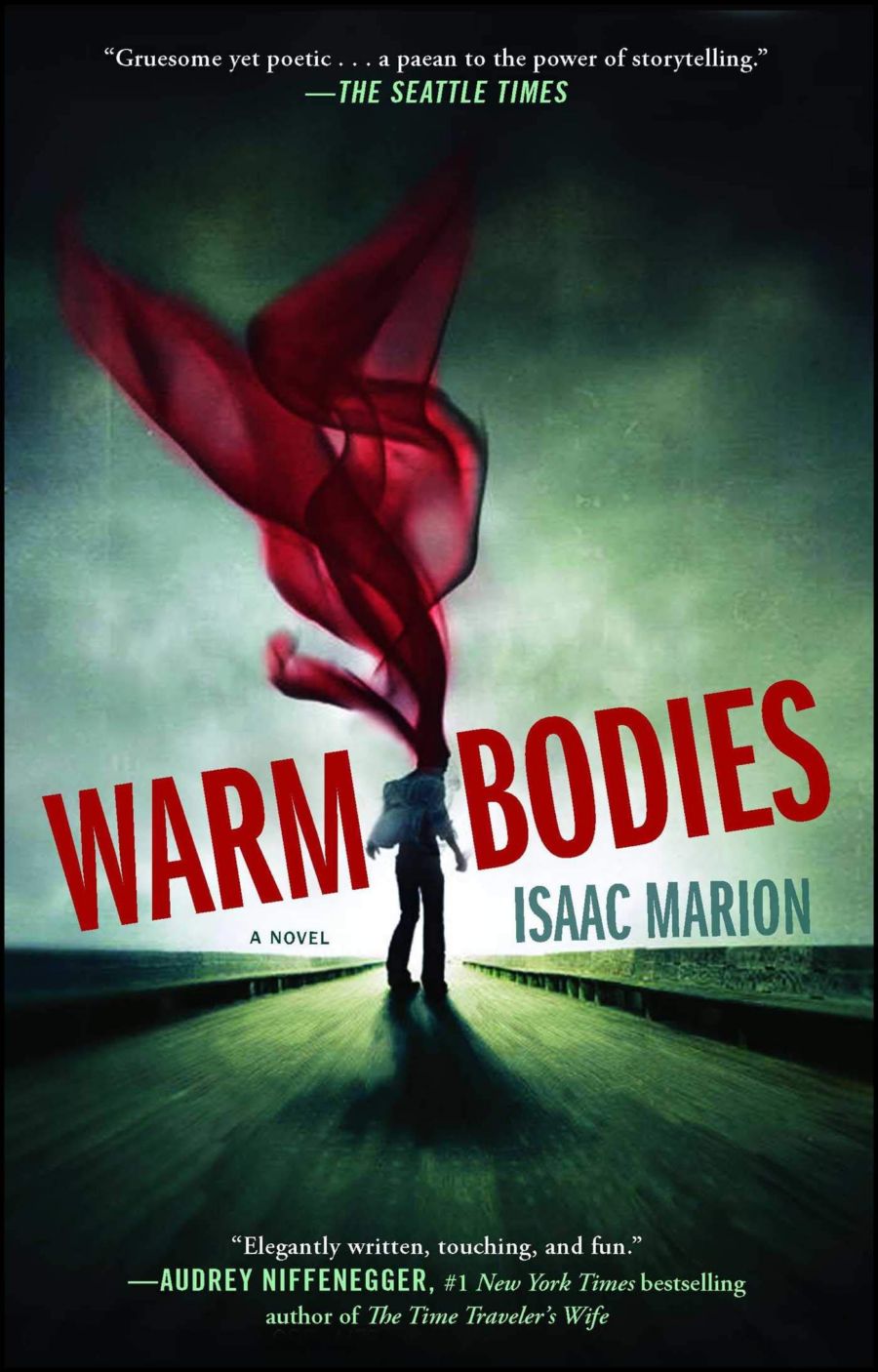 It’s no secret that Isaac Marion’s Warm Bodies series has been in talks for a television series adaptation. In fact, we’ve been really crossing our fingers for one and have anticipated a definitive tweet from Marion over the last few months. Why?

Though the 2013 film portrayed the book as a romcom, it’s so much more than that. And honestly, if you read the series (yes, the series), it’s more a contemplation of what it means to live and exist, as well as a search for identity in a world where things are on fire, figuratively and literally. A world not unlike our own, to be frank. A show based off of this series would not only be incredibly timely, but also very much in the vein of “must-see” TV a la The Handmaid’s Tale. Now is the time for the world to dig into this series, and TV would be the best avenue for that (aside from reading the books, of course). — Danielle Zimmerman 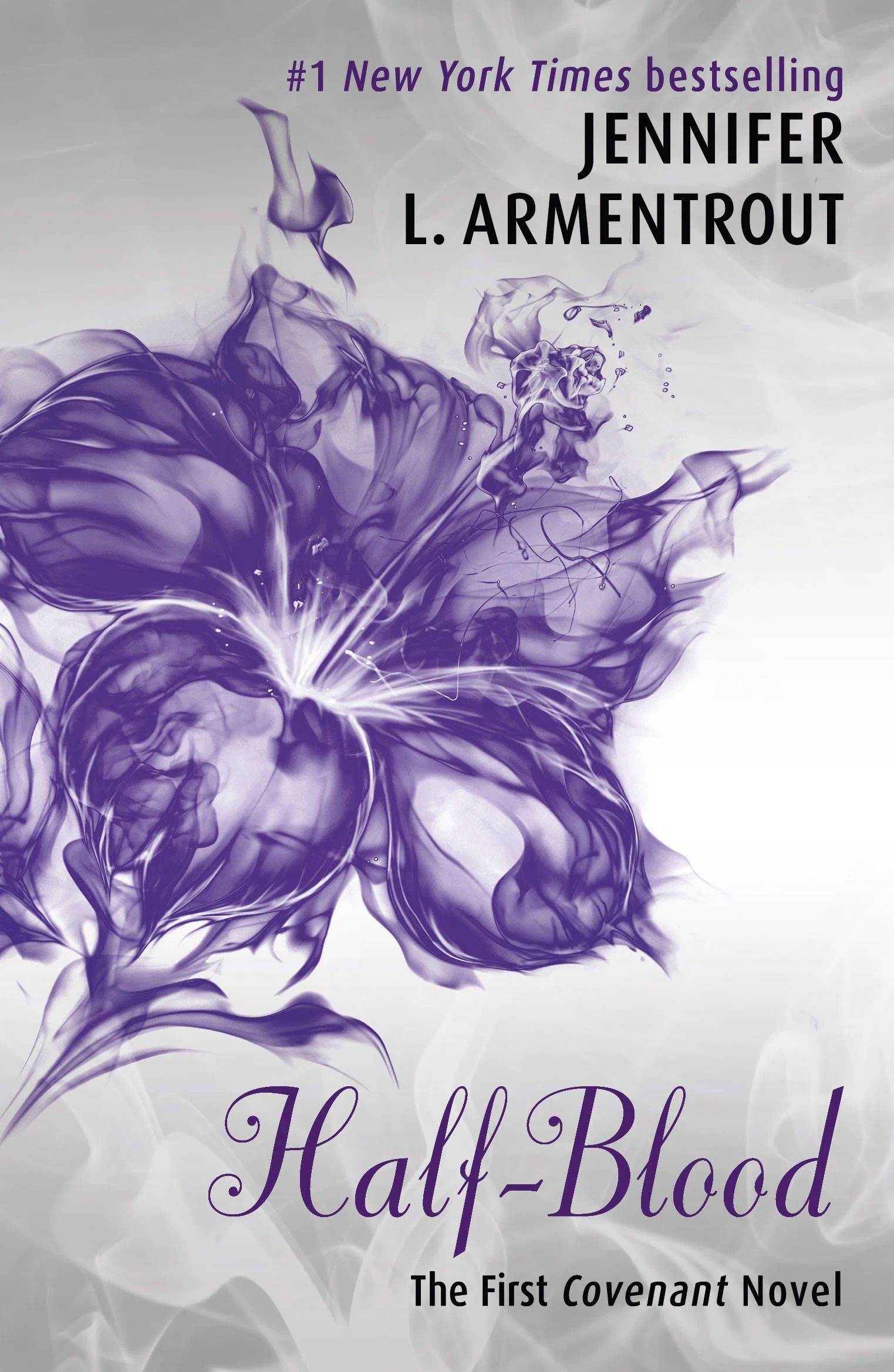 There are a hundred books clamoring around in my brain right now trying to steal the spotlight here, but, if forced to pick just one, I’m going to go with Jennifer L. Armentrout’s Covenant series. You see, while there are a hundred romance series I would love to see become a book-to-TV adaptation, there’s just something about the complicated world of Greek gods and their mixed blood offspring that would make some seriously compelling TV.

Alex, the main character, is the half blood offspring of a pureblood Hematoi and a mortal, which, unfortunately, gives her few options by way of life plans. She has one choice: servant or sentinel. She can either train to become a Sentinel and spend her life hunting and killing daimons, or she can scrub toilets as a servant. I’m pretty sure you can guess which way our spunky spitfire of a heroine would like things to go. But, you see, Alex has a problem with following rules, and there’s one major one that she is tempted to break around almost every corner: Romantic relationships between pureblood and halfbloods are forbidden. And Alex cannot keep her eyes off of Aiden.

So you can see why this would make a kickass TV show, right? Who doesn’t want to watch a story of great action, forbidden love, and incredibly rich history? Set in a contemporary landscape, it’s full of all the fantastic trappings of great fantasy, but would likely be at a fraction of the cost of epics like Game of Thrones. This five book series is perfectly plotted for a 5 season run, and if it does as well as it should, there’s always the Titan spinoff series for those that need more Seth in their lives. (And trust me, once you meet Seth, you’ll want more Seth in your life.) So, if there’s a producer or showrunner out there on the hunt for the next hot property, this is the perfect story for you. — Kristen Kranz 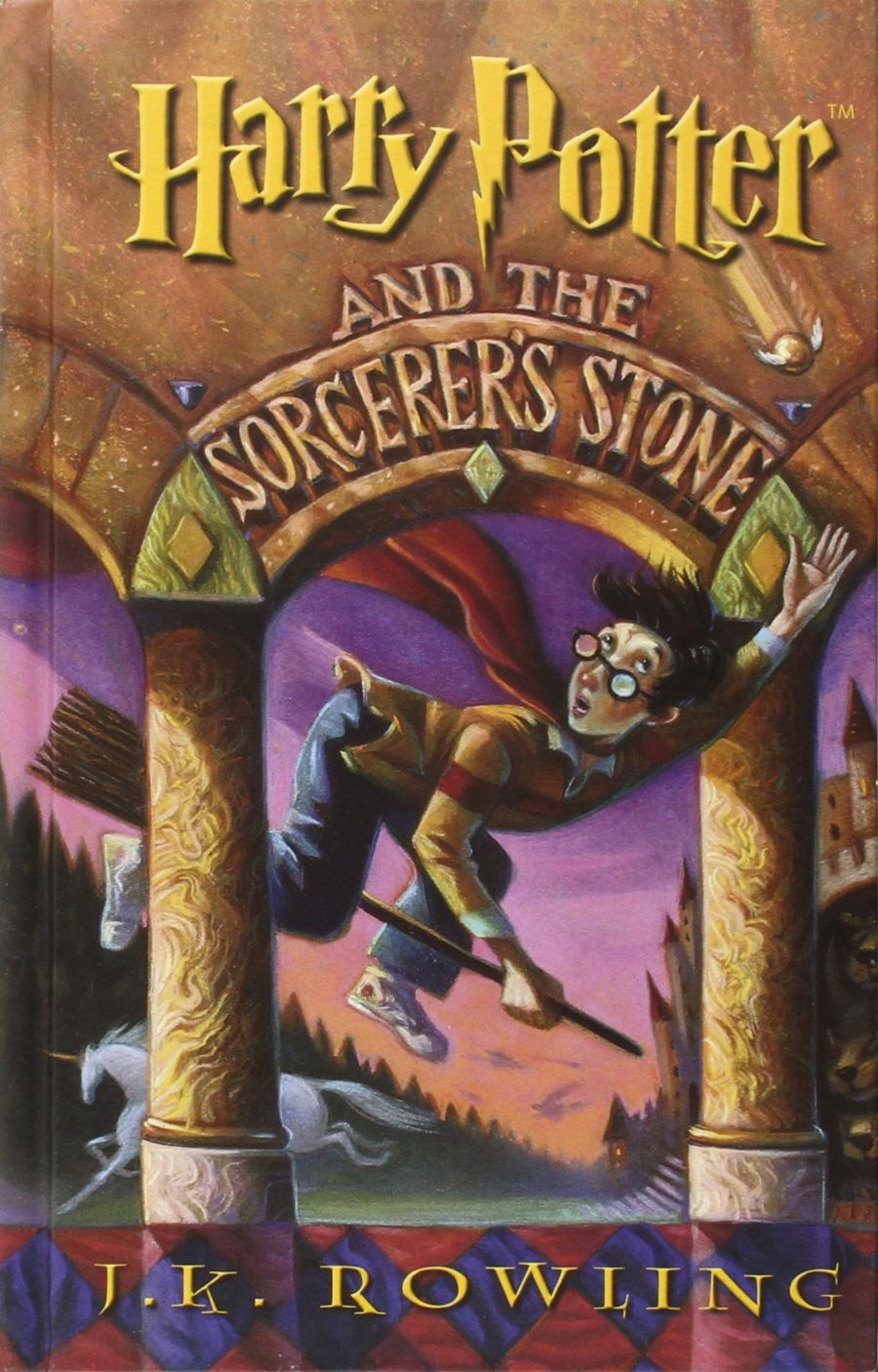 The past few years have seen several major titles and franchises move to television. To name a few: Amazon’s forthcoming The Lord of the Rings prequel, Hulu’s limited Looking For Alaska series, Netflix’s The Witcher adaptation, and the Star Wars live-action series The Mandalorian (obligatory “isn’t Baby Yoda cuuuuuute?!”).

As more and more big names continue to move to the small screen, it has become increasingly urgent for someone to nab the rights to Harry Potter and the Wizarding World.

I know I’m a broken record on this, but it has to happen, and it’s going to happen in the next decade. There’s simply no other way. WarnerMedia’s streaming app HBO Max will launch in 2020, and I’m 99% sure they’re currently standing on J.K. Rowling’s doorstep, begging for permission to do something with Harry Potter. I hope it’ll be a reboot of the original seven books, but it’s also possible it’ll be something entirely new.

Either way, HBO Max will need Harry Potter to compete with Disney+, Amazon, Hulu, and Netflix. A Harry Potter TV series would ignite the fandom and make HBO Max a must-subscribe-to app. The streaming wars are hotter than ever, and there’s a gaping, lightning bolt-shaped hole in the landscape. — Andrew Sims 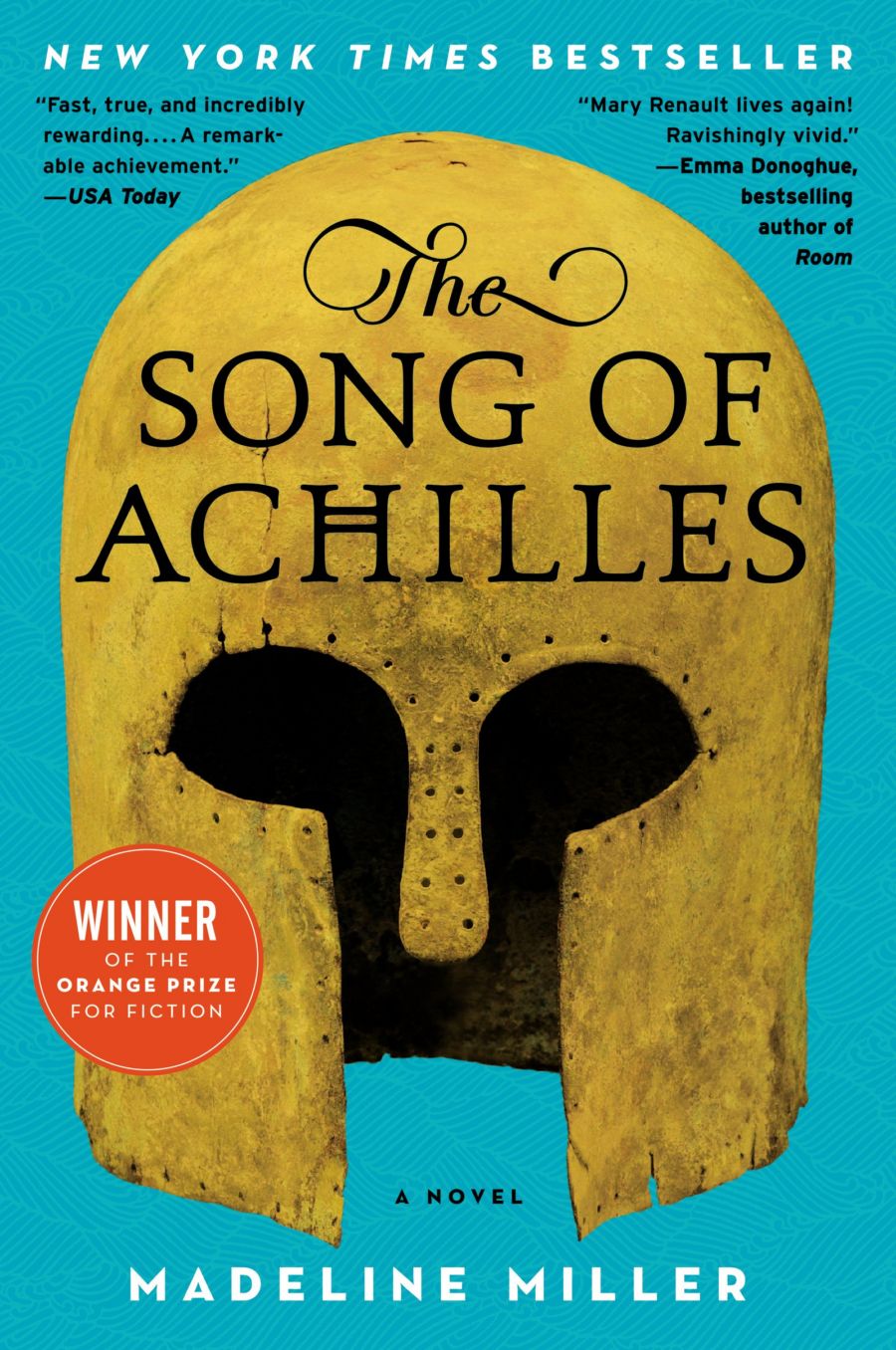 Good Omens, His Dark Materials, Harry Potter. A ton of my cornerstone novels and series of novels were translated from page to screen in the aughts and most of them were quite spectacular. I’m an adaptation skeptic, and with the surge of properties being adapted, I find myself more stressed than excited to see my favorite works of literature hit the big or small screen. But in 2019, Good Omens restored my faith that great adaptations can come if you wait to do things right.

If I could have the cosmos align in the next decade, I would want a true-to-book adaptation of Madeline Miller’s Song of Achilles. The second line of the book’s description will tell you everything that you need to know about how this story plays out: “Patroclus, an awkward young prince, has been exiled to the court of King Peleus and his perfect son Achilles.” It’s the star-crossed lovers story that we need in 2020 and beyond.

I have not been as captivated or haunted by a telling of Achilles and Patroclus in all my years of studying Classics, nor have I ever wanted to power through a book faster and immediately reread even knowing the ending would feel like a dagger was taken to my heart.

As a mini-series, a single season could chronicle the life of Achilles as he comes to know Patroclus, the star of the series. My only caution would be to get this done in one series. The Trojan War is the star event, and while I’m sure that it could dominate a series all its own, we already have a movie for that. The focus is on these two boys who become men and grow their companionship and love affair, which can be unpacked by the right people if given the right time and freedom to see it play out over six or eight episodes.

Miller’s Circe is already signed on for a series and the rights for Song of Achilles have lapsed, but I think it is for the best.

I would also not scuff at Phoebe Waller-Bridge adapting Eleanor Oliphant Is Completely Fine, but we’ll see what Reese Witherspoon does with the rights in the interim. — Brittany Lovely 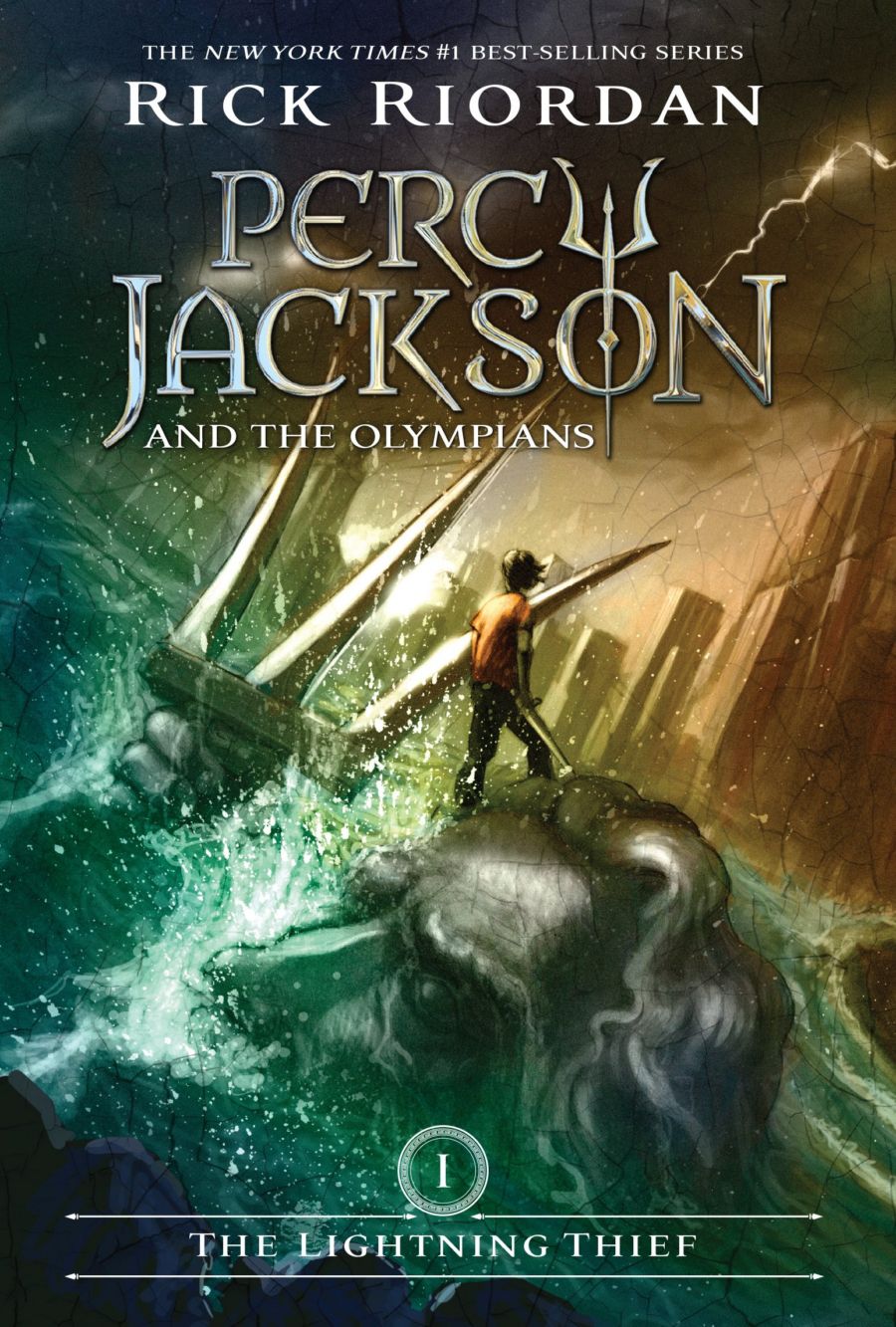 Much like Andrew, I feel like a bit of a broken record. But for good reason: There’s been a lot of talk about Disney adapting Rick Riordan’s Percy Jackson series, and I have been a very loud proponent for doing it as a television series. I feel like we’re this close to getting a Percy Jackson reboot, and the best way to give this series the breathing room it needs for a book-to-TV adaptation.

The Camp Half-Blood Chronicles is made up of various stories across different mediums, but most importantly, it contains three five-part series: Percy Jackson and the Olympians, The Heroes of Olympus, and Trials of Apollo. That’s 15 total books in the main series.

Just adapting Percy Jackson and the Olympians could take you through a solid five seasons, especially when you consider both shows are roughly eight to 10 episodes these days. If this is a success, it would be easy to transition in the Heroes of Olympus series, where Percy and Annabeth are still main characters but the focus has shifted to new demigods.

And that’s not even mentioning the opportunity for any spinoff shows. Both The Kane Chronicles and Magnus Chase and the Gods of Asgard are set in the Percy Jackson universe with minimal crossover, making it easy for them to either stand independently or loosely tie-in with the main series. If the Arrow-verse can pull it off, I’m certain Percy Jackson can. — Karen Rought

What book-to-TV adaptations do you want to see