Apple TV+ is putting their spin on the life of one of the world’s most beloved poets in Dickinson.

We’ve come to trust Apple when it comes to computers and mobile devices, but can we trust them to deliver quality television? Ever since Apple TV+ was announced, people have been wondering how it would measure up to the competition, which is only growing in numbers.

When the platform started announcing and promoting its forthcoming content, Dickinson was always the project that intrigued me the most. I’ve been a huge fan of Hailee Steinfeld’s acting and music career for years, and I was excited to see what she would bring to such a well-known, historical character like poet Emily Dickinson.

The more I learned about the show’s “modern period piece” approach, the more interested I became. When I got the chance to check out the first few episodes of Dickinson, I was eager to see how the ingredients would come together, not really knowing what the final product would look like.

Admittedly, it took a few scenes for me to really wrap my head around the show’s tone. Dickinson is set in the mid-1800s, which is reflected in the setting, costumes, and themes; however, the dialogue is completely modern. 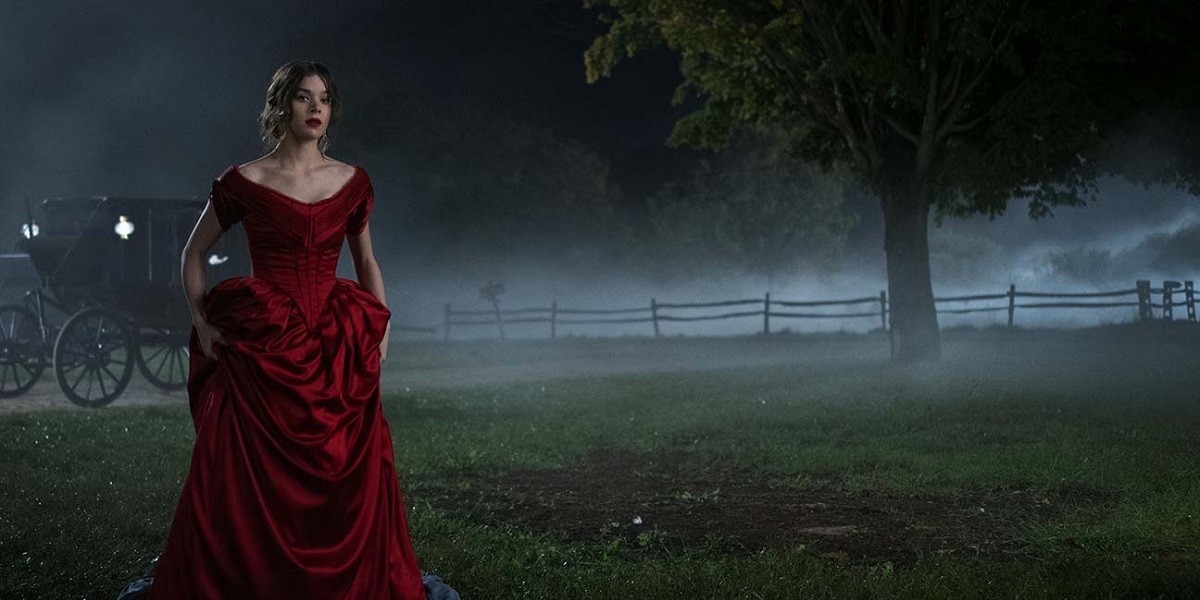 At first, words like “bullshit” set alongside talks of typhus were slightly jarring. However, once I became accustomed to the show’s unique language and stopped expecting to hear “thee” and “shalt” peppered throughout the character’s speech, it felt natural and right.

From Dickinson’s very first scene, it paints its heroine as a young woman possessed with creativity, passion, and ambition. You get the feeling that her ideas and stories are limited only by the time and space she has with which to tell them.

Hailee Steinfeld brings her impossibly relatable charm to the role of Emily Dickinson, making the character both accessible and lovable, on top of being interesting and entertaining. She’s well equipped to carry her character’s youthfulness as well as the show’s heavier themes, which include the systemic oppression of women, the societal pressures of marriage and femininity, and dealing with the expectations of a family who you’re desperate to both please and rebel against.

Although these themes are explored through a nineteenth century lens, the stories are told in a way that’s relatable and exciting for viewers in 2019. Discussions of oppression serve equally as reminders of how far we’ve come and how far we’ve yet to go.

Dickinson seems to be adhering closely to the life of the poet it’s named for, but it’s certainly taking liberties where it must. For example, without giving away any spoilers, the show takes a relationship from Emily Dickinson’s life that was only ever speculated about, and has turned it into a major plot point. 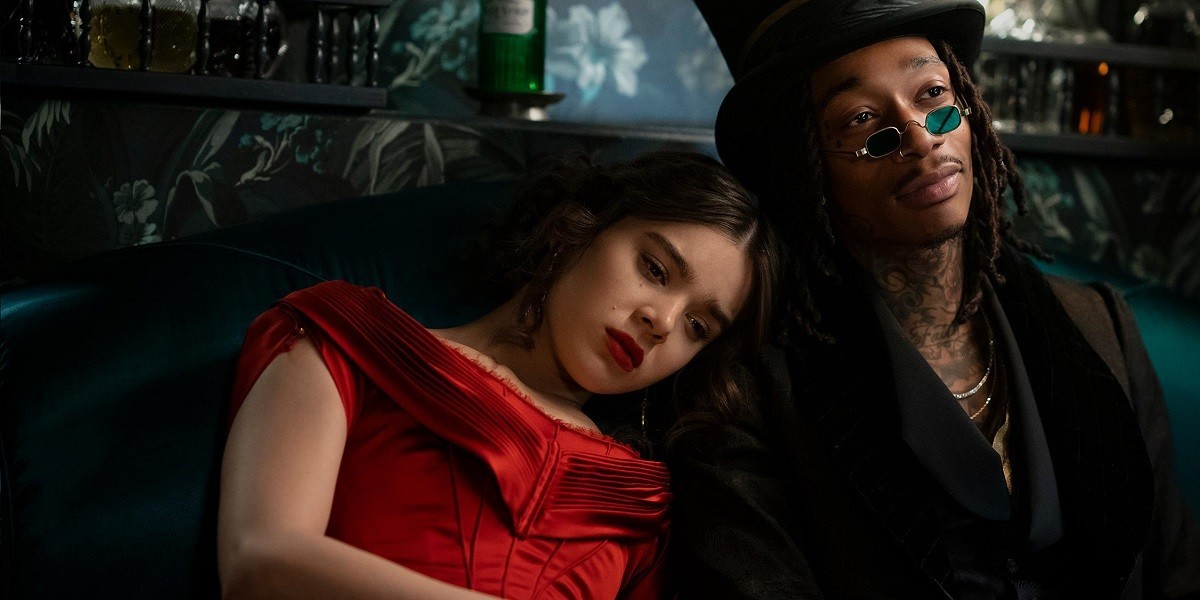 Also, Dickinson seems to be leaning heavily into its heroine’s often disputed “obsession” with death, going so far as to have the character say, “I am in love with death,” in the show’s pilot. Wiz Khalifa plays a cool personification of death, and the show’s opening theme has a very gothic edge to it. Though each episode is titled after one of Emily Dickinson’s poems, the show begins by highlighting one of her most famous works, “Because I Could Not Stop For Death.”

The main character’s declaration of love might invite criticism from some scholars of Dickinson, who interpret the bleak, final stanzas of the poem as being written with a sentiment that couldn’t get much farther from “love.” However, I would urge those viewers to keep in mind that we are merely at the beginning of the story, and hopefully, this character has a long way to go.

Alongside Steinfeld, Dickinson boasts an incredible supporting cast. Jane Krakowski is as lovably shameless as ever in her role of Emily’s mother, and she’s well matched by the hilarious Anna Baryshnikov, who plays her youngest daughter, Lavinia Dickinson.

Other standouts include Adrian Enscoe, as Austin Dickinson, and Ella Hunt, as Sue, Austin’s fiancée and Emily’s best friend. All of these characters are becoming well developed in their own right and are equipped with a light humor that gives the show added color and depth. They also all play fantastically against Steinfeld’s lead, especially Sue, whose relationship with Emily is, at this point, the heart of the show. 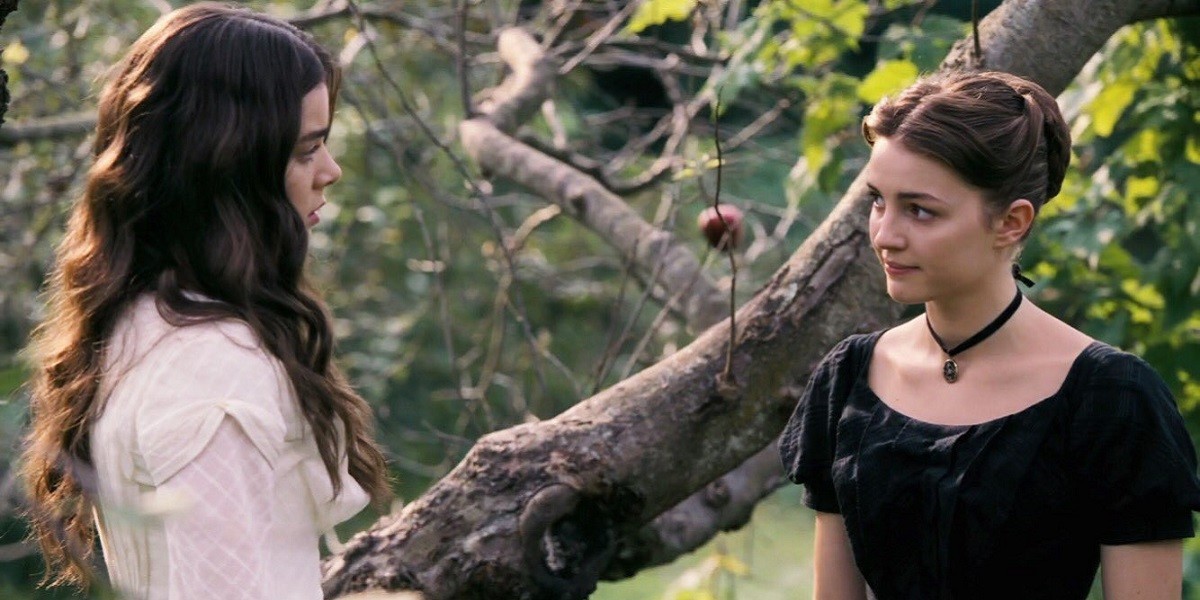 If that didn’t sell you, Dickinson also has a really cool score and soundtrack, which includes tracks from Billie Eilish, Wiz Khalifa, Lizzo, and even Hailee Steinfeld, herself. They take on a whole new life when played as a background track to a day in the life of a woman in the 1800s!

Dickinson may not be a show that appeals to scholars who consider themselves to be purists of the poet, but I believe most people who have enjoyed and studied Emily Dickinson’s work on any level will derive a lot of entertainment and joy out of this show.

Of course, there’s also a lot to be loved by viewers who have never read a word that Miss Dickinson wrote. The deep and insightful verses that are included in the story, simply serve as delightful little nuggets that would be equally impactful for people discovering them for the first time.

I imagine, as time goes on, the show will only continue to diverge from what we know of Emily Dickinson’s life, but for me, it’s already taken on a life of its own. I can’t wait to see where they go next, and how they use the poet’s beautiful words as a supplement to their world and character building. I hope you check it out too!

All episodes of Dickinson season 1 are available November 1.