With the release of Doctor Sleep, Mike Flanagan continues to carve a niche for himself as a filmmaker who’s unafraid to adapt the more difficult of Stephen King’s work.

In 2017, he adapted Gerald’s Game, a novel about a woman handcuffed to a bed with her dead husband on the floor for the entirety of the story, to great effect. Now he has achieved the unimaginable by successfully reconciling the differences between The Shining book and Stanley Kubrick’s movie with his own adaptation of King’s follow up novel from 2013, Doctor Sleep.

Decades have passed since young Danny Torrance and his mother escaped the Overlook Hotel that consumed his father. Now struggling with alcoholism, the ghosts of his past, and the inner pain of his gift to Shine, Dan Torrance (Ewan McGregor) finds himself in a small New Hampshire town and, for the first time in a long time, in a place where he can rebuild his life.

Abra’s gift reveals her presence to a nomadic group of vampire-like creatures called the True Knot. Led by Rose the Hat, the True Knot feast on the essence of those who Shine (in the form of steam that the True Knot extract through violent means). Now, it is up to Dan to take Abra under his wing and protect her from Rose the Hat and her blood thirsty band of monsters. 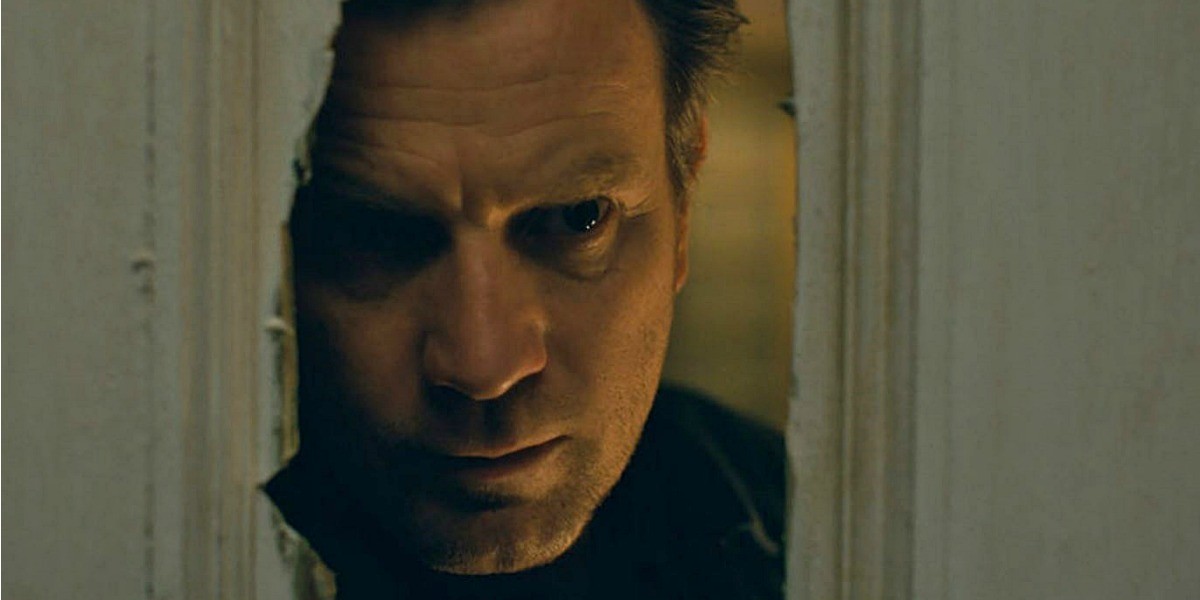 Ewan McGregor taps into the character of Dan Torrance with an unexpected tenderness. Dan is someone who feels alone in the world and nearly broken. When he arrives in New Hampshire, he meets Billy Freeman (Cliff Curtis), who sets him up with a job, a home, and into the arms of Alcoholics Anonymous.

Unfortunately, the movie doesn’t spend enough time really developing the AA side of Dan’s story. Nor does it explore his job in a hospice center too deeply. The AA subplot is mostly a means to get Dan into the hospice center job.

His Shine (along with the center’s cat, Azzie) allows him to comfort patients in their final moments. It’s what gives the Doctor Sleep story its title. However, these parts of Dan’s story are just a tad bit underdeveloped in favor of the homages and recreations of Kubrick’s film.

Pushing the AA plot line somewhat to the wayside is particularly disappointing because one of the things that drove King to write Doctor Sleep (long after he got sober himself) was the question of how Jack Torrance would have fared if he had found AA before the Overlook.

Undercooking a subplot involving something so personal to the story’s writer feels like a slight misstep in what is otherwise one of the best King adaptations in recent memory. 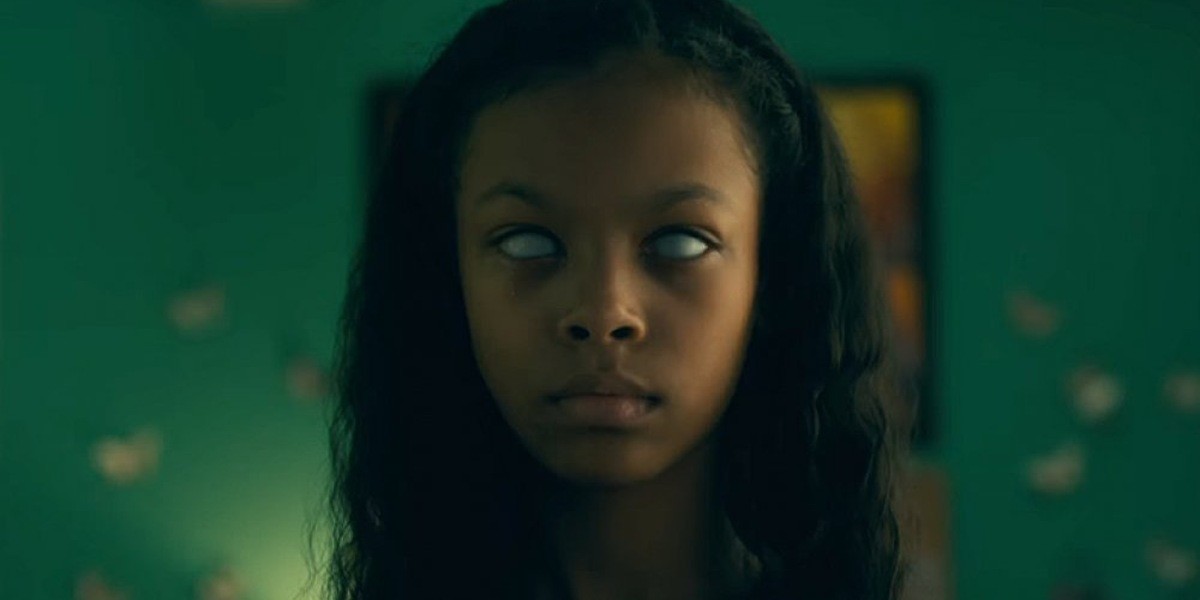 Kyliegh Curran gives a remarkable performance as Abra. There’s a level of delight that Abra exhibits when exploring and developing her Shine. It’s in that delight that Curran becomes strangely eerie when she feels glee for getting one-up on the True Knot. There are also moments where Abra is not herself, and the result is an impressive amount of range from Curran.

When it comes to the True Knot themselves, I found them fascinating in the novel because they are motivated by self-preservation and a hunger for sustenance they can only gain from murdering those who Shine.

As such, I was nervous that the movie might downplay their struggle in favor of a by-the-numbers villain characterization. Fortunately, the movie does the True Knot justice and depicts them as the starving creatures they are meant to be.

Rebecca Ferguson brings a gravitas and formidability to her performance as Rose the Hat. The power and charm she employs makes the True Knot truly terrifying. With just a glare, we can see how powerful and in control Rose the Hat is; which makes the moments of Abra’s Shine overpowering Rose pack a powerful punch.

Of course, Doctor Sleep all leads back to the Overlook for its final showdown. It’s in this revisiting of Kubrick’s classic film that Doctor Sleep really (forgive the pun) shines. The recreation of the truly iconic set from the 1980 film is meticulously detailed. Having watched The Shining upwards of a dozen times in my life, seeing Dan walk through the condemned halls of his childhood trauma felt like coming home to me. 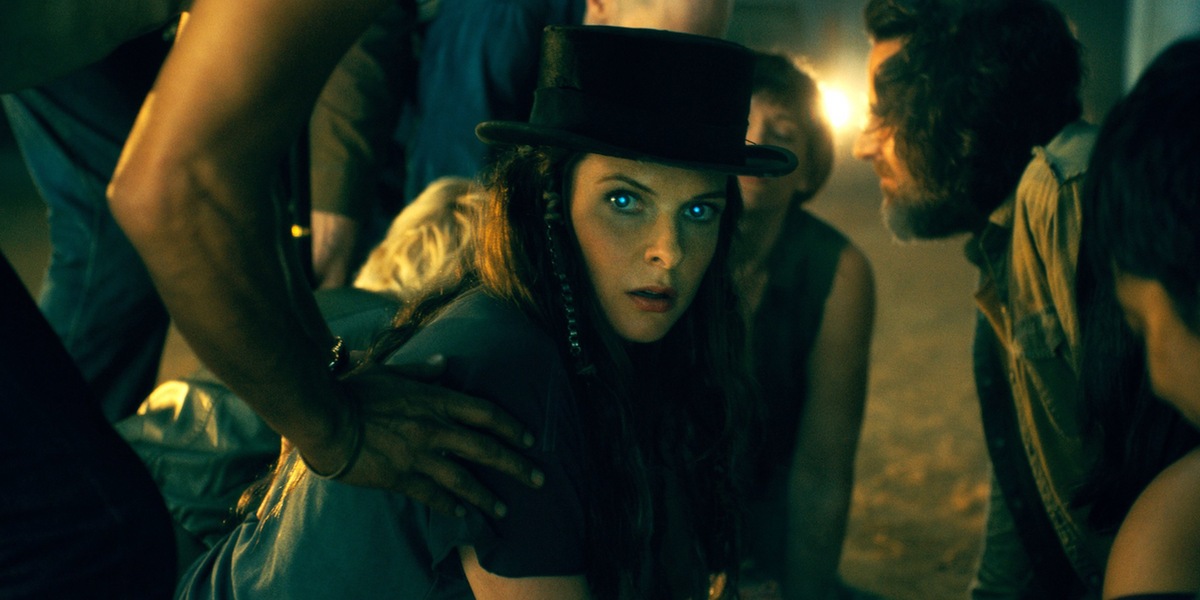 However, it’s not just the set design of the Overlook that makes Doctor Sleep‘s last act so memorable. It’s what Mike Flanagan does once he has the characters in the hotel that makes the film itself nothing short of a magic trick. The way Flanagan utilizes parts of King’s 1977 novel and recontextualizes them into Kubrick’s interpretation is fiendishly clever while still honoring the plot of Doctor Sleep.

It’s been 42 years since Stephen King’s iconic horror novel was first published. And 39 years have passed since Stanley Kubrick’s masterpiece adaptation was released. In those ensuing decades, the story of the Overlook Hotel and the Torrance family has grown into a phenomenon of the genre. Mike Flanagan has now added to that canon with the care and love that the source material deserves. The end result is sure to satisfy any “Constant Reader” watching.

Matt Hurt is a film critic who runs ObsessiveViewer.com. He is the host of The Obsessive Viewer Podcast, a weekly movie and TV review show. He also hosts two spinoff podcasts: Anthology, reviewing The Twilight Zone, and Tower Junkies, celebrating the work of Stephen King. He lives in Indianapolis with his cat, Pizza Roll.