This interview is spoiler-free for The Dragon Prince season 3.

For fans, the wait for The Dragon Prince season 3 may seem interminable. But rest assured, series creators Aaron Ehasz and Justin Richmond are even more eager to share the slowly-unfolding story as fans are to drink it all in.

When the nine-episode third season hits Netflix on Nov. 22, the quiet epic of The Dragon Prince will once again blossom past prior boundaries. The dense current-day plot — an infant dragon returned to his mother by enemies-turned-friends, a boy assuming the mantle of king, a mage who may have made a deal with the devil — is in constant dialogue with a past both ancient and painfully recent.

Hypable recently spoke with Richmond and Ehasz on the careful process of unfolding The Dragon Prince, their plans for exploring future stories from Xadia — and what it’s like to see the internet lose it over your work when the story is just getting started.

How do you guys feel going into ‘The Dragon Prince’ season 3?

Justin Richmond: I’m really excited! This season we spent a lot of time trying to make sure that a lot of the really cool stuff that comes, particularly later in the season, both feels amazing from the writing, but also looks amazing and is [on] another level from what we’ve done before. So I’m really excited for people to see it. Yes, it’s going great!

Aaron, you’ve been posting a lot of teases for season 3 on Twitter —

Richmond: To be fair, he teases stuff at the office too! It’s not just for the public!

Well, it’s been an interesting blend of comedy and tragedy in those hints. Does that tell us anything about the tone of the season?

Aaron Ehasz: I think it will have the usual mix and blend, but it will also be more serious and more intense than the previous seasons. 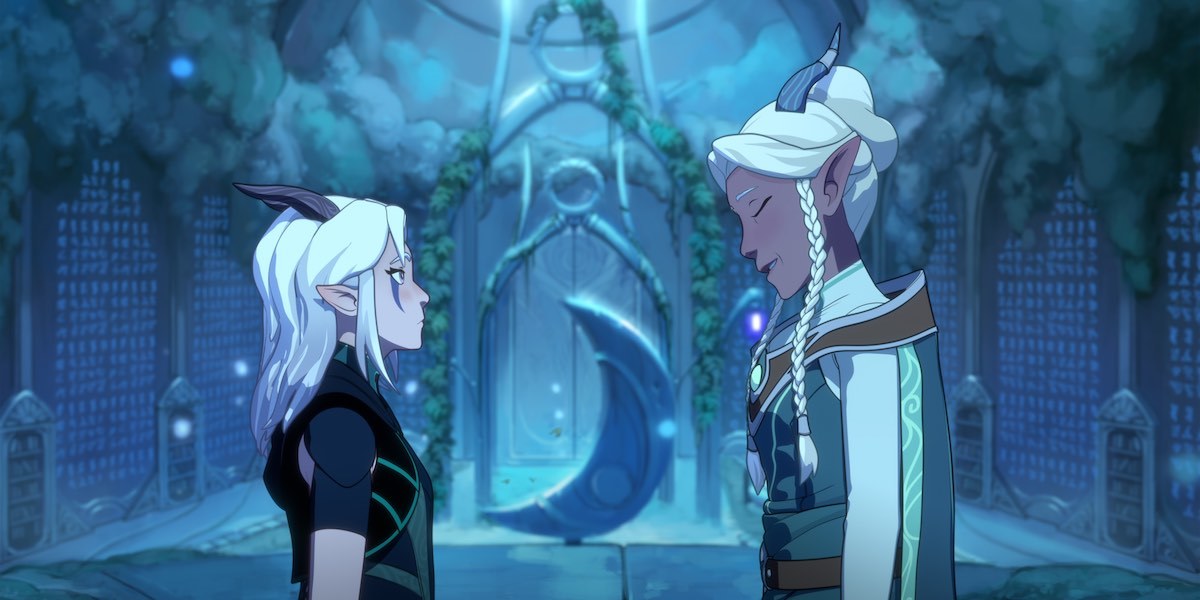 You’ve mentioned that Book 3 acts as a kind of conclusion for the first segment of ‘The Dragon Prince.’

Ehasz: I would clarify that it’s not the end. I would say that it’s the culmination of a set of significant arcs, but there are still a lot of open questions and things that are not resolved, and new things that are bigger questions that start. So, I think there was a misunderstanding that went out when I said that the pieces formed, in some ways, whole parts of the arc, but–

Ehasz: It’s a culmination, not an end.

How did that culmination affect the way you approached writing the season? Should fans prepare for a big cliffhanger?

Ehasz: I think that we wanted to give fans everything, but also the story is going to take us many more seasons to complete. And so we did a lot of really important culminating moments [in season 3] and things that are really important. But there are some things that have been planted as early as the first or second season, way back when, that will take five or seven seasons to resolve.

Let’s talk about Aaravos, a character who became a huge nexus for fan interest last season. Going into ‘The Dragon Prince’ season 3, what should fans expect from ole’ Sparkles?

Richmond: Is even better!

Ehasz: Yeah. The next two are the Mystery of Aaravos, so it gets into some —

I’m interested in the epic historical timeline you’ve laid out for Xadia. Can fans expect to see any specific elements of the past come into play in ‘The Dragon Prince’ season 3?

Richmond: Yes! I think that because what we’re building is a story that’s based on a bunch of historical stuff [that] happened, maybe you don’t have all the context [for] it yet or fully understand, like where some of the things are coming from. But this story is built on a bunch of historical stuff that we know happened, so in that sense, yes, it does directly inform what’s happening in the series.

I think that people will understand this story, no problem, as it is, but there will be lots more context coming. It’s not a vacuum. All those things happened and so it does set stuff up, [but] you may not know about it all at once.

Ehasz: I know I used the word “culmination” in the last answer, so I recognize I’m overusing the word, but we sometimes talk about these seven seasons and this part of the story as a culmination of history. So there are all these important timelines, and parts of the timeline, that form [the] background of everything that’s coming to a head right now. 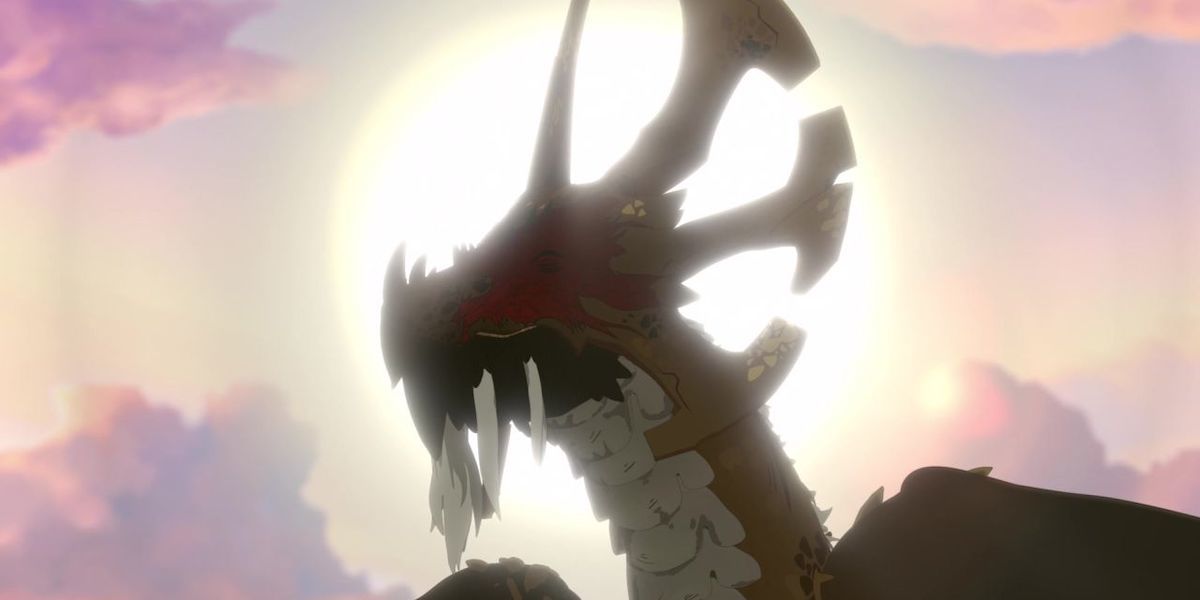 As writers, what’s it like to balance both the distant past and the present of your story?

Ehasz: For starters, it takes two geniuses to pull something off on this scale! Just one genius is not enough! [laughs] It’s a pleasure. We love digging into it and arguing about what might have happened and how it would have worked, and why this doesn’t make sense and that does make sense. Oftentimes, it comes in the form of a realization — oh, this is why this works this way! It’s because during this time period, blah, blah, blah, blah, blah. And so it’s sort of this weird, fun game of discovery in writing.

Richmond: There have always been discussions of what happened in the past — why did things end up like this, and those kinds of things. So, it’s always been a key piece of making this story and this culmination, as Aaron says, work. We always had these talks about what had happened in the past, even from, like, day two of working on the franchise.

‘The Dragon Prince’ has never been afraid to deal with topics that resonate in the real world. Are there any specific segments of our history that you feel like you’re representing in the story?

Ehasz: I mean, [we think about] the whole history of everything. I’m hesitant to call out specific things, but there are so many conflicts that go back hundreds or thousands of years that are sad, and you see people growing up and being indoctrinated into those conflicts. It’s hard to watch.

Related: The Dragon Prince season 2 ending is way more important than it seems

I think we’re not trying to have a lesson about [them] or anything like that, but we are trying to portray a story that reflects those kinds of deep, complicated histories that affect people and prejudice them, and make them mistrust each other because… it sucks!

You’ve also previously talked about other projects set in the world of ‘The Dragon Prince.’ Are there any updates on stories like Sir Phineas the Cursed or The Orphan Queen?

Ehasz: Sir Phineas has actually started to be developed into a fuller pitch that could come to life. It’s not greenlit, but we’re ready to go.

Richmond: We know what that one is, for sure. Orphan Queen is a little bit more [in] conception. We know pieces of it, but we have not worked as much on that as we have on Sir Phineas.

Ehasz: We want Orphan Queen to be a feature-length thing.

Richmond: Live-action, God willing! Sir Phineas, we have concepts and we know what that is.

Cool! And that would be an animated series, too?

Ehasz: It could be a brief one, short.

Ehasz: He had limited adventures.

Richmond: He was cursed! What do you expect? 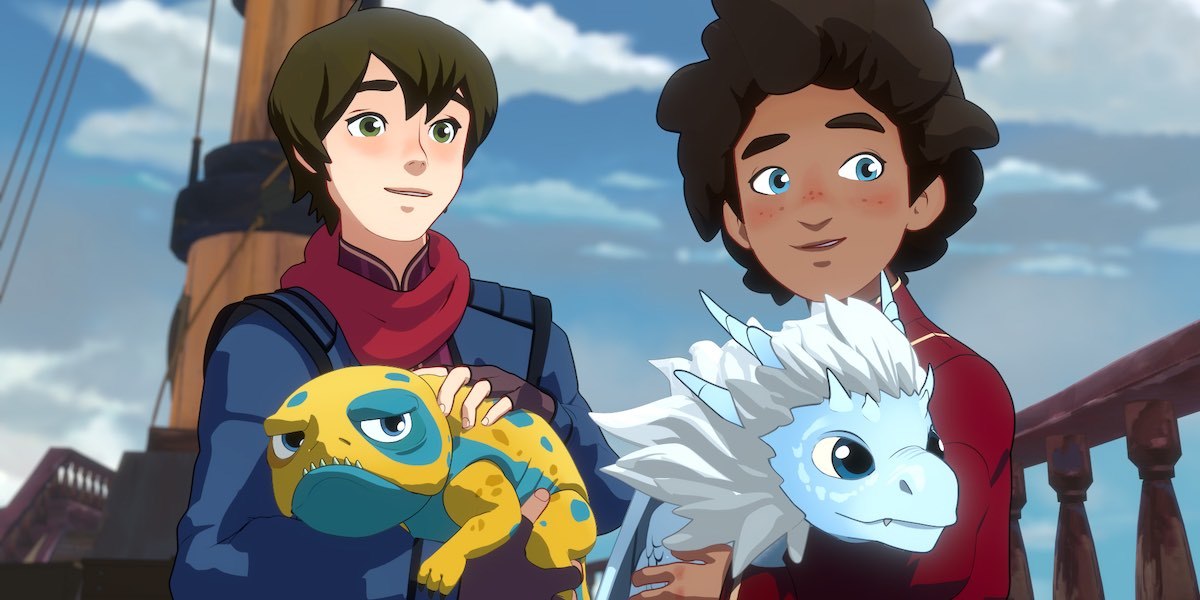 On to the other ‘Dragon Prince’ projects! What can you tell fans about the upcoming books from Scholastic?

Richmond: We’ve had amazing meetings — in the last few weeks, even.

Richmond: The people that are working on it are absolutely amazing. Scholastic’s been off the chain in terms of getting people that love the series and understand what we want to do. It’s been really, really great.

Ehasz: There’s a lot of cool stuff, and more information on Viren, Runaan… who else?

Richmond: It’s gonna be great, and I think people will be really excited about it. 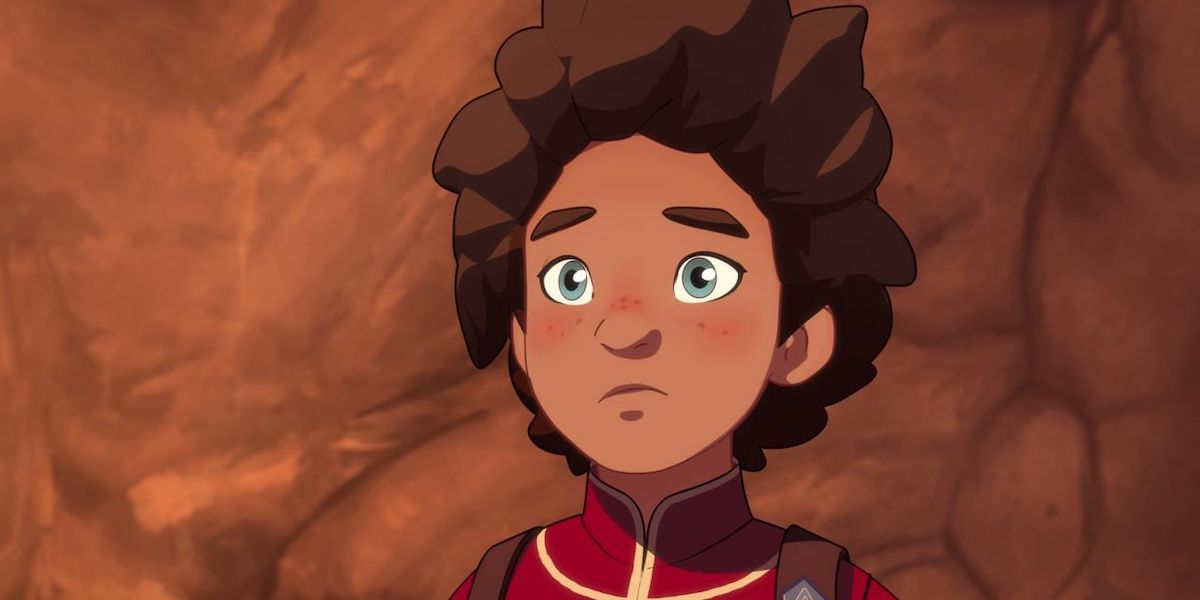 Obviously, you know that fans have been super enthusiastic about ‘The Dragon Prince,’ with the #GiveUsTheSaga campaign and other initiatives. What else can fans do to support the show?

Ehasz: Fans are doing amazing already. We had an interview at NX earlier, and they told us that Dragon Prince was one of the biggest fandoms on NX. I asked them, like, what do you mean? Like scale, or… and they were, like, scale, but [also] passion. They said, “Those people are WILD!”

It was so flattering. They were really raving about the energy and passion of Dragon Prince fans, and that’s huge. So, I think continuing to interact with Netflix. There’s a way to show love and engagement that will motivate Netflix to be like, “Yeah! We gotta make awesome stuff for you guys!” that I think is what #GiveUsTheSaga is about. It’s hopefully a big, positive encouragement to Netflix to keep this ball rolling.

Richmond: And watch the show!

Finally, I wanted to ask: Which character do you think changes the most in season 3?

Richmond: I hope that everybody feels like they made some significant change, whether it’s for the better or not. I think there’s a lot of characters that started off, and maybe ended up with the same convictions they had at the beginning of the series, but they’ve gone through a whole bunch of revelations and they still believe that, or people that have completely changed and changed the way they think about things, just because of the circumstances they’ve been through. I don’t think there’s a single character that I would say has changed more than anybody else–

Ehasz: ‘But Justin, Aaron playfully challenged him!’ Come on, there’s a right answer. For seasons 1 through 3?

Ehasz: You know who it is!

Ehasz: Everyone has a lot of movement, but to me the roundest, most surprising… is that too much of a giveaway?

Richmond: So [REDACTED] has the biggest arc, for sure.

Ehasz: If I had to pick, seasons 1 through 3? Put spoiler brackets, where Aaron thinks it’s not a spoiler, but Justin and Neil [Mukhopadhyay, head writer] think it’s a major spoiler. It’s kind of a giveaway.

Richmond: It is kind of a giveaway.

What are your burning questions for ‘The Dragon Prince’ season 3?