While not a car aficionado in my everyday life, there is just something about a good racing movie that has always appealed to my inner cinephile, and Ford v Ferrari hits that mysterious something on all cylinders.

Let’s be clear from the start that I am not one that cares about the specific timelines or whether or not this movie is 100 percent accurate. For those that are curious, enjoy the movie, then Google the title and about 10 articles will likely pop up giving you a detailed account of what happened moment by moment among Ford, Ferrari, Shelby, Miles, and all the rest.

Truth is important, but so is interest in that truth, so I have no problem with the film getting creative about timelines or making something a little more dramatic. It creates interest for people to want to know the whole story, which is invaluable to learning the history of things someone never would have been interested in otherwise.

Anyway, I digressed a bit there. Let’s bring it back around.

Ford v Ferrari tells the tale of how Ford Motors, an American company we all know very well, came to be in a racing rivalry against the Italian sports car phenom, Ferrari. We learn why Ford was interested in the first place, how things got so heated so quickly, and how Carroll Shelby and Ken Miles factor into the story. But more than that, we get to watch a man find a new way to participate in his life’s passion, how he molded his interests to fit his life. 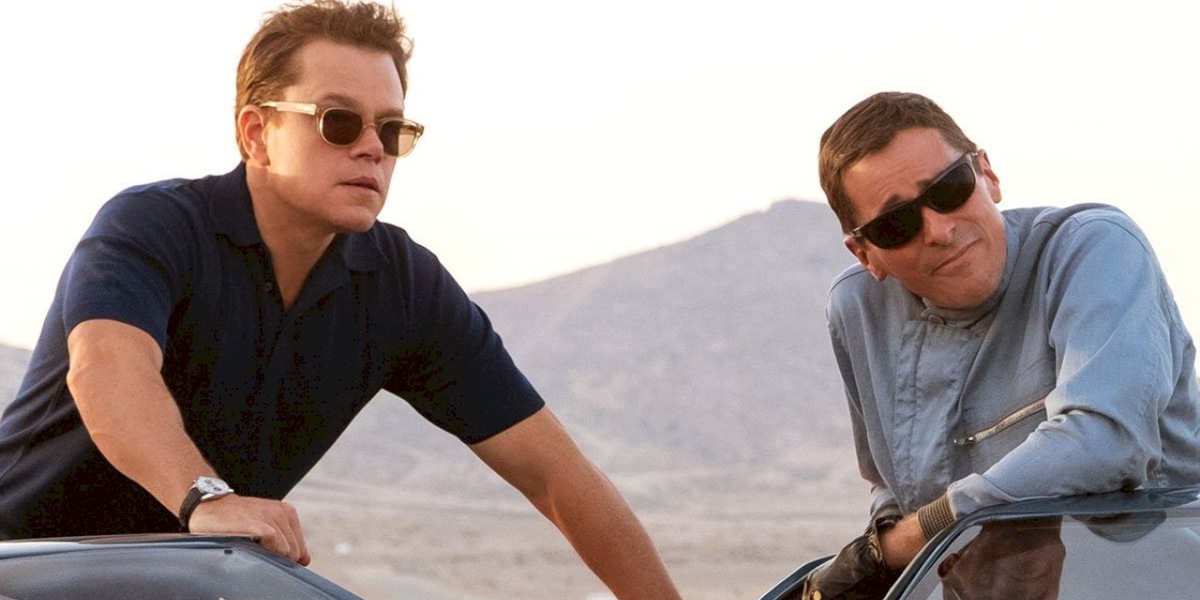 There is so much to love about Ford v. Ferrari. It’s well-cast, well-acted, well-directed, and beautifully crafted from stem to stern. And for a movie that doesn’t necessarily subscribe to providing the typical Hollywood ending, it deserves to be watched, enjoyed, praised and remembered.

I can understand that not everyone enjoys racing films. I can even understand that after the Fast and Furious of it all, some may have just tired of watching the testosterone-fueled drama-fest that any movie with car culture at the heart of it can turn into. But I’m here to tell you that’s not what you’re getting with Ford v. Ferrari.

You are getting to watch a life’s worth of passion and love spill onto the screen, not just from the craftsmen working on the fine art of bringing this movie to life, but from Shelby and Miles’ devotion to both the science and art of crossing the finish line first. And Bale and Damon bring some seriously awesome fire to the screen as Carroll Shelby and Ken Miles.

As polar opposites in many things, Shelby and Miles have a wonderful rat-a-tat and patter to their scenes together in Ford v Ferrari. When one zigs, the other zags, and no matter how contentious the issue at hand, you can depend on these two characters to get to the heart of it no matter what. Matt Damon and Christian Bale, who previously had not shared the screen despite having a number of friends and former colleagues in common, have a beautiful, argumentative symbiosis on screen. 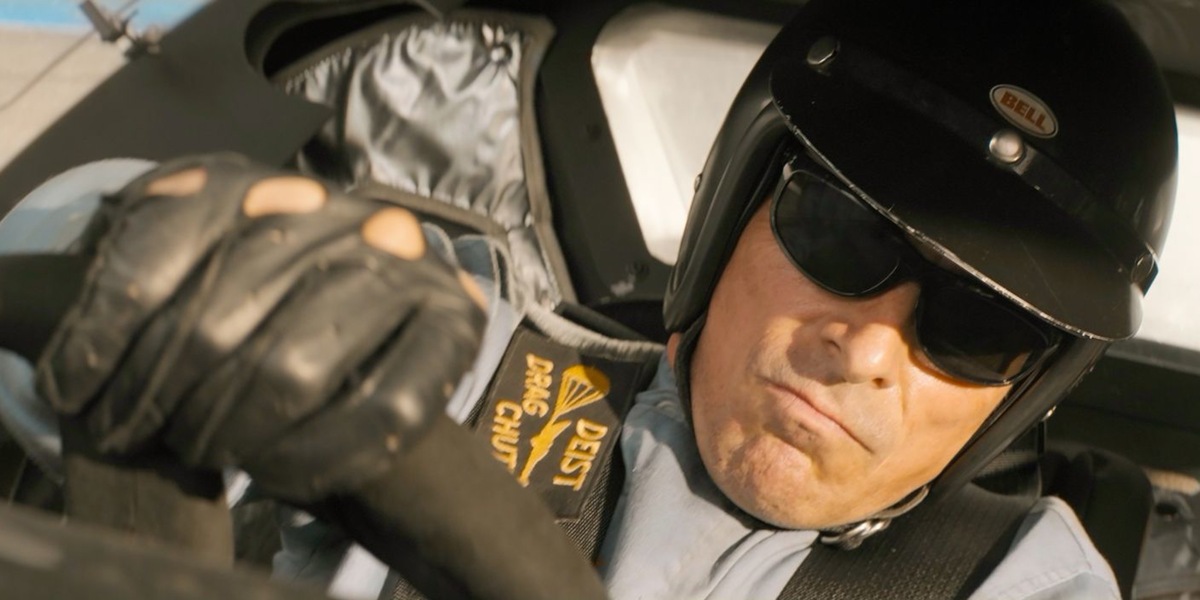 Damon’s put-together Shelby admires the full-throttle energy that Ken Miles projects into the world, especially when it involves an engine or a checkered flag. You can see the respect shine out of his character’s eyes when he talks about the skill and heart that his friend has for the death-defying sport. It’s not always easy to play the man behind the scenes, especially when the character clearly wants so badly to throw on a helmet and join the fray, but Damon brought that barely harnessed energy to Shelby that the role definitely needed. He does a better job of not wearing his heart on his sleeve than Bale’s character, but even so, it’s easy to see when Damon’s Carroll Shelby wants to throw his fair share of wrenches, he’s just sneakier about how he protests life’s more unjust moments.

And then there’s Bale’s Ken Miles. If ever there was a character that the director could simply say, “Leave it all out there. Give us everything you’ve got. Put your emotions at full volume and play this man as if everything is life and death,” Ken Miles is that character. Christian Bale has made a career out of playing intense, spirited characters (Dicky Ward in The Fighter immediately comes to mind), but he definitely brought his skills to new levels with Ken Miles in Ford v Ferrari.

James Mangold, whose career boasts both critical and financial successes, definitely hit gold with Ford v. Ferrari. He found a way to tell this story that will appeal to even the most casual fan of car culture, by putting passion rather than knowledge at center stage. You don’t have to love cars to love this movie, and that accomplishment proves how well-directed this picture was the entire way through. I certainly hope to see his name among the directing nominees for the first time come awards season, because this movie exceeded my every expectation. 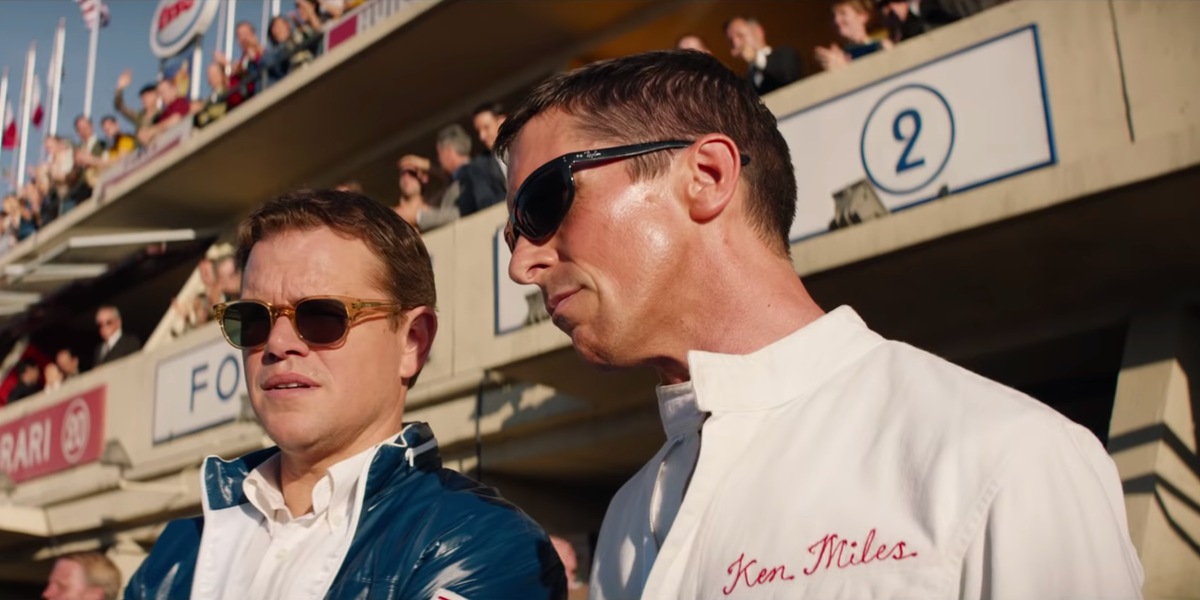 Above all, Ford v Ferrari is just good. Mangold honed his actors’ gifts to perfection, and built a dynamic and rich visual world for them to convey their passions. And those passions shine out of that screen with power and intent to not only tell this story, but to have you holding back loud raucous cheers and groans when Ford v Ferrari‘s twists and turns take you on a ride.