Healthy movie couples are unfortunately rare, even in Disney. But Anna and Kristoff in Frozen 2 offer one of the best examples out there.

The first Frozen movie already showed us that Anna and Elsa’s journey was going to play out a lot differently than other Princess movies. It debunked the myth of love at first sight, and showed how “love” can be weaponized by manipulative people.

It was an effective education for children who have been absorbing superficial views on love through many other fairytale movie couples. And its final message, of course, was that true love can come in many forms: In this case, through the bond of love between sisters.

But while it was all about sisterly love, Frozen still gave us a main pairing! Anna and Kristoff, partners in crime as they sought to save Arendelle — one a naïve, needy yet brave princess, the other a reluctant hero with no human friends but a heart of gold.

This was very cute, and it could very much have stayed that way — cute, predictable and not necessarily all that deep — for Frozen 2. But instead, Disney gave us one of the best depictions of a healthy relationship with Anna and Kristoff’s relationship in the sequel.

Here’s how Frozen 2 ’s Anna and Kristoff do something that few other movie couples have managed to achieve.

Spoilers for Frozen 2 below. 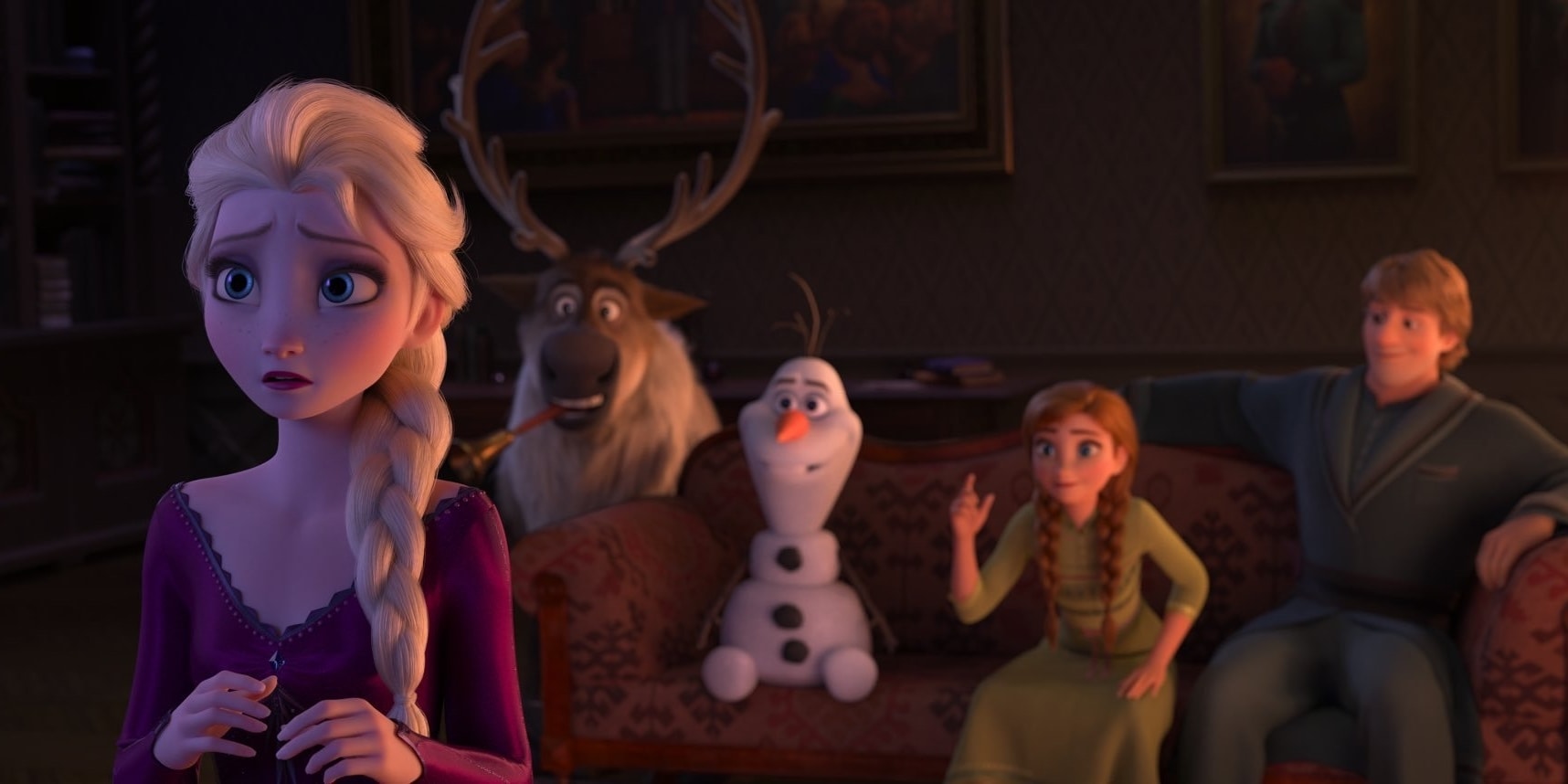 Unfortunately, movie couples often play out their love story in isolation. Especially in Princess movies, the main character’s love story with her Prince generally takes place either completely separate from that of her family — Sleeping Beauty, Mulan — or she is forced to choose between love and family — The Little Mermaid, Aladdin.

But that isn’t the case with Frozen 2. Here, the main focus of the movie is Anna and Elsa’s relationship, and Kristoff’s entire journey is effortlessly entwined with theirs. He has his own friendship with Elsa and Olaf, and everyone in Arendelle. He’s found his place in the palace and in Anna’s life. And he holds his own, whether or not she’s there.

This shows particularly at the end of the movie, when Elsa and Kristoff share a hug that could have easily not been included. Most movies would have kept Kristoff on the sidelines. But that hug shows that Anna’s sister and boyfriend care for each other, and that Kristoff is part of Anna’s family, beyond his romantic relationship with her. 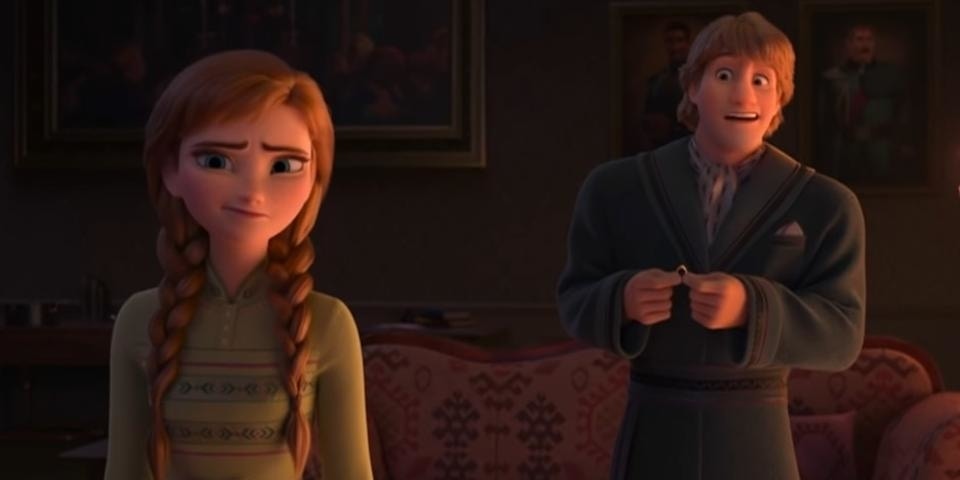 Anna and Kristoff’s relationship isn’t a major part of the story; in fact, most of the time it’s part of the movie’s comedy. But I’m glad that it wasn’t the main plot of the movie. All of us — but children particularly — should become more used to seeing healthy relationships in all kinds of situations, especially when it comes to movie couples. The relationship is extremely profound in its subtlety.

Anna has her own journey as she tries to support Elsa and save Arendelle from destruction. All her mind and strength is focused on freeing the enchanted forest, as it should be. Meanwhile, Kristoff wants to move their relationship to the next level and propose — but doing so falls to the sidelines as Anna’s journey grows more and more dangerous.

Through the events of Frozen 2, Anna grows into her own. She learns to make difficult decisions in Elsa’s absence, and realizes that she can survive even the most terrible grief. More than that, she can lead even during the worst moment of her life. She becomes a Queen, and rightfully so.

Kristoff’s journey, in comparison, may seem small — but it’s truly beautiful. Initially, he fixates on proposing because he really wants to marry Anna, but as events unfold he realizes that things are changing. Anna needs to go on her own mission and that means that he’s sometimes not at the center of her focus. He finally gets his own song (a somewhat self-pitying 80s ballad which is absolutely adorable) and through it, he grows in his own way. 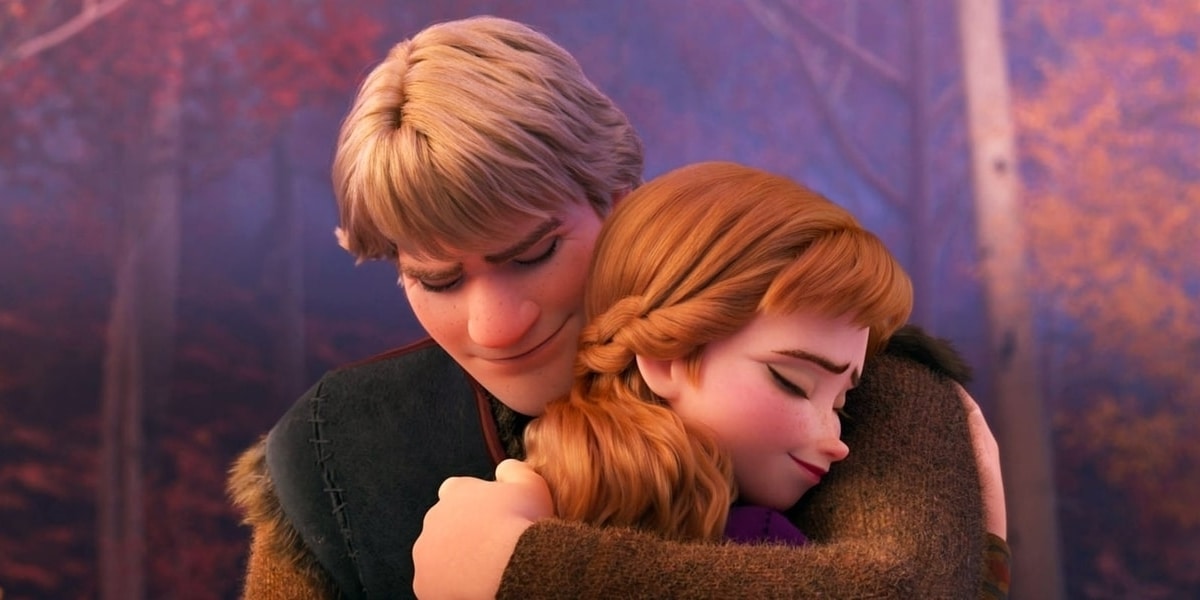 I’ve seen some people complain that Anna’s readiness to assume that Kristoff is insulting her is unhealthy, but I think it really just accentuates how anxious Anna is about everything, how busy she is thinking about a much more major issue — like whether or not they’re all going to die — , and how she and Kristoff are operating on very different wavelengths.

That’s why Disney’s decision to make Kristoff’s song clearly humorous is very important. It shows that Kristoff is just having a moment of weakness where, away from the rest of the team, he reflects on what he wants and grieves for the change taking place. But he knows that it’s not productive; that his fears aren’t the main thing they all need to focus on. Anna is doing what she must do as a Princess and as a sister, and that takes precedence.

And so, the movie never gives us a typical movie couples conversation between Anna and Kristoff where Kristoff confronts Anna for leaving him behind, or wastes her valuable time in the middle of a terrible crisis vomiting feels all over his already-stressed partner. Instead, Anna and Kristoff’s reunion resolves the issue with one simple sentence:

And it’s because of that trust and selflessness that they succeed in saving Elsa and Arendelle. Finally at peace once everything is made right, Kristoff can propose — and of course Anna is overjoyed, and their love is beautifully strengthened, dispelling any fears or doubts Kristoff may have had about their relationship. Their love is not fragile.

What a beautiful illustration of what a supportive relationship is! Kristoff appears when Anna needs him the most, and doesn’t question her or demand her attention. Instead, he trusts her and commits to helping her in any way he can. It’s not a showy, macho demonstration of power — it’s gentle, capable and reassuring. It shows a mature relationship between two adults who love each other and — even better — are an excellent team together.