When it comes to finales, Grey’s Anatomy likes to go all out and leave fans begging to know what will happen next. Thursday’s episode was no exception, and this time it was everyone’s favorite couples that paid the price.

Technically, the show’s main couple was broken up before the episode even began, but we were reminded of it right from the start. As soon as Meredith sees DeLuca, she’s quick to make it known that she’s not happy with the breakup even though he claims it’s not one. With his concerns about whether or not they were equals, he asked Meredith to think abut what she wanted.

It seems like DeLuca is the only one who sees this as good reasoning. He’s advised by others to make it right with Meredith before he makes a mistake. However, Meredith was busy the whole day dealing with a newcomer in the hospital to take over Alex’s old job as head of Pediatrics. Dr. Cormac Hayes seems to have some kind of chip on his shoulder the entire episode, but he is undeniably hot.

It’s not until the end of the episode that it’s revealed he’s the present Cristina sent to Meredith, who she’s dubbed McWidow.

With the way Grey’s Anatomy set up a shot of DeLuca looking at Meredith, while Meredith is looking at McWidow, we’re about to have a new love triangle going on. Although my initial reaction was annoyance, I’m honestly not really sure if this will be a terrible thing. 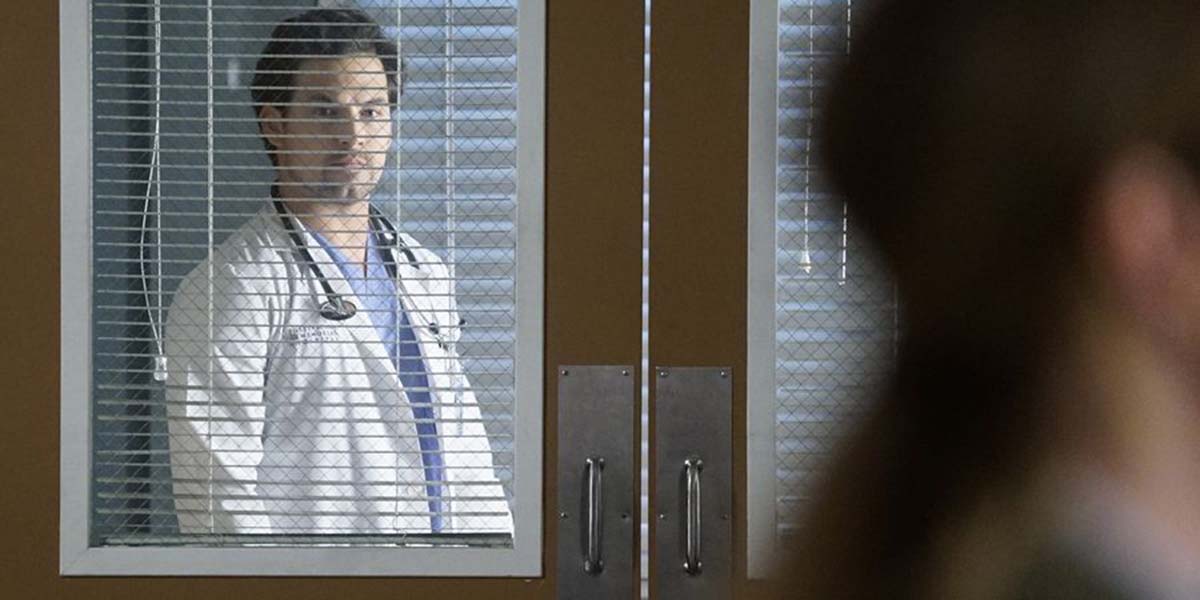 Don’t get me wrong, I love DeLuca and Meredith together. I think they make a great match, but I also can’t shake off what Meredith told her sisters — that she’s not sure he’s the one for her in the long-run. If that’s really true, maybe it is time for them to move on? I think I will have to learn more about McWidow before I can make a decision about how I feel because if he’s truly going to be grumpy all the time, then I know I’ll get tired of him.

I know for sure that I’m over the love triangle between Weber, Catherine (AKA HIS WIFE), and Gemma. At first it seemed like Weber was really shutting down Gemma’s advances toward him, like getting really upset when she kissed him while they had breakfast together. But since his marriage has only had more issues, Weber is quickly getting into dangerous territory.

Maybe in Weber’s mind it’s all innocent, but even people at Pac North mistake Gemma for his wife. Which of course makes it look awful in Catherine’s view when she goes to see him and is told he’s busy with his wife. Now, in Weber’s defense, she’s not behaving rationally, either. Both are refusing to actually sit down and talk to each other, which is ridiculous. Still, I don’t like that Grey’s Anatomy season 16 is continuing to wave the possibility in the air. We’ve been down this road with Weber before and I really don’t want to see it again. 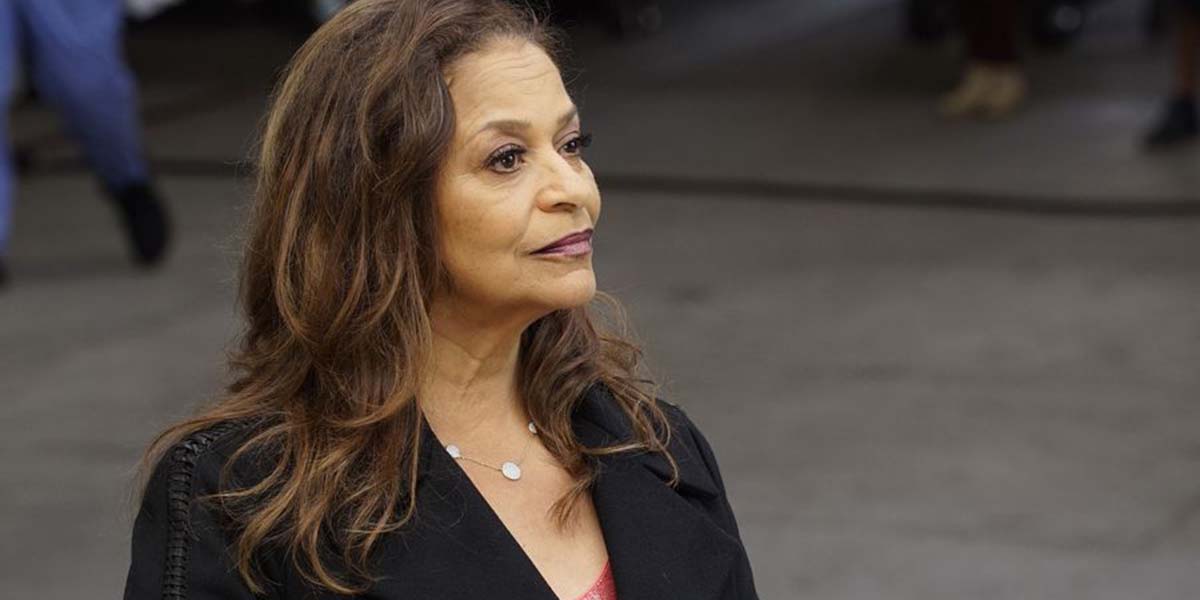 Perhaps the biggest annoyance for me, though, is the discovery that Amelia is further along in her pregnancy than she originally thought. Which seems to imply that Link isn’t actually the father of her unborn child, and more than likely Owen is the father. It’s certainly not a surprise that I’ve had major issues with Owen the past few seasons and how he’s treated his partners — both Amelia and Teddy (and also Cristina, but that’s farther back).

To get the news that Amelia and Owen might be connected to each other in this way is devastating for me. Not only because of how Owen has treated her in the past when it came to children, but also because of how well Link has been treating her. It’s basically been a tease for Amelia to have a nearly perfect partner this far only to get yanked back to someone quite imperfect.

Plus, there’s the added mess of how this affects Teddy. She’s already having to deal with Owen being lackluster in their relationship, and now it’s probably just going to get worse. This is really just a crappy situation for both women on Grey’s Anatomy, and Owen in the middle messing it all up. 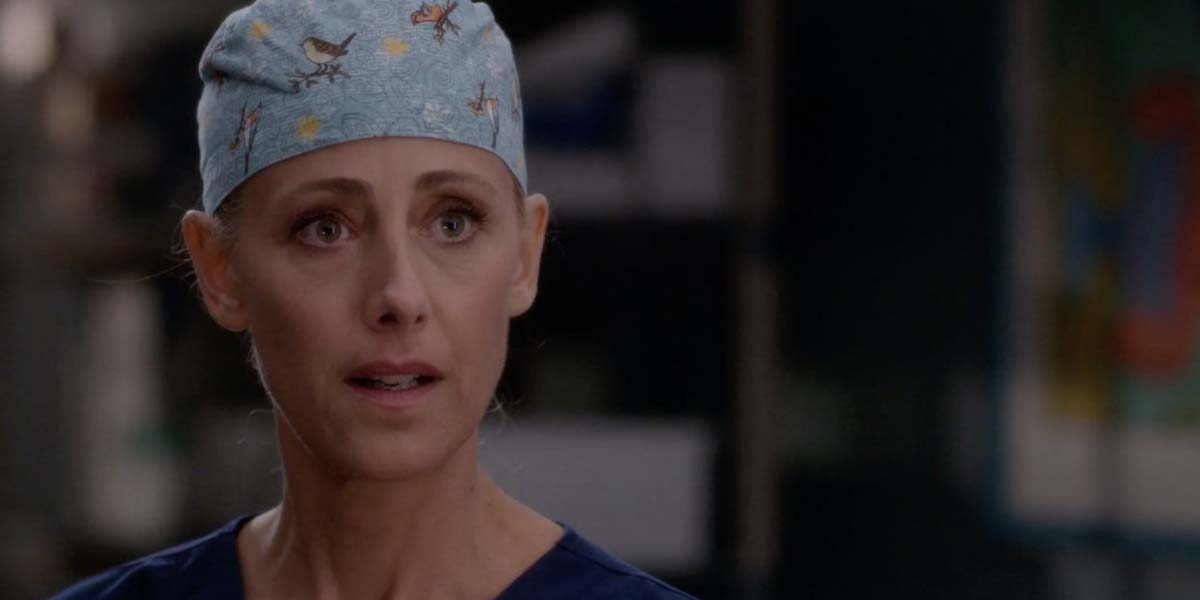 I’m also worried about what might happen between two other couples, Jo/Alex and Bailey/Ben.

While Alex was away, Jo did her first shift as a safe haven volunteer and had to take care of an abandoned baby. Instead of dropping him off with the social worker, she was later seen with him at her place. I’m assuming that means she volunteered to foster him without talking to Alex. This could either go over fine or totally awfully with him — I’m really not sure which.

When it comes to Bailey and Ben, they’ve been through a lot with his career change. It seemed like they were doing extremely well and were both excited for the surprise pregnancy. Now that Bailey has suffered a miscarriage, I’m worried how this will affect them separately and together. It won’t be easy for them to deal with that kind of trauma, and I’m hoping it won’t be something that tears them apart.

All of these things happening together makes it less of an emotional impact and more of an annoyance as a fan. I understand that Grey’s Anatomy is always trying to up the ante and make sure they keep us on the edge of our seats, but come on! When you throw all of these in together at the same time, it feels like the writers are just trying to stir the pot without actually thinking about giving each storyline good character development.

It really makes me nervous what the second half of Grey’s Anatomy season 16 is going to look like. I’m always willing to give the show a chance, but after seeing them ruin so many great relationships just to make worse ones (yes, I’m still salty about April and Jackson), I don’t have a lot of faith in them. I’ll be hoping for the best but expecting the worse.

What did you think of the ‘Grey’s Anatomy’ season 16 mid-season finale?