HTGAWM season 6, episode 3, “Do You Think I’m a Bad Man?” made huge progress on some of the season’s major storylines. Here’s our review of the episode.

How to Get Away With Murder season 6, episode 3, jumped straight into the case of the week. However, it wasn’t Annalise who swaggered to the front of the class to present the charges at hand. It was Michaela who confidently (at least in appearance) took the lead.

It really hit me, in this episode, how much time HTGAWM is spending on its procedural element this season. Since it’s the show’s final season, I would have expected that to be downplayed in favor of developing the arcs of the show’s many central characters. If anything, the weekly cases are taking up more time than ever, or at least since the very early seasons of How to Get Away With Murder.

That being said, I really like how they’re using the cases to give us a glimpse at what Annalise’s chosen circle will be like if, and when, they actually become lawyers. As HTGAWM has progressed, the students have been given more and more responsibility, so it makes sense that, in the final season, they’d be the ones in the driver’s seat. 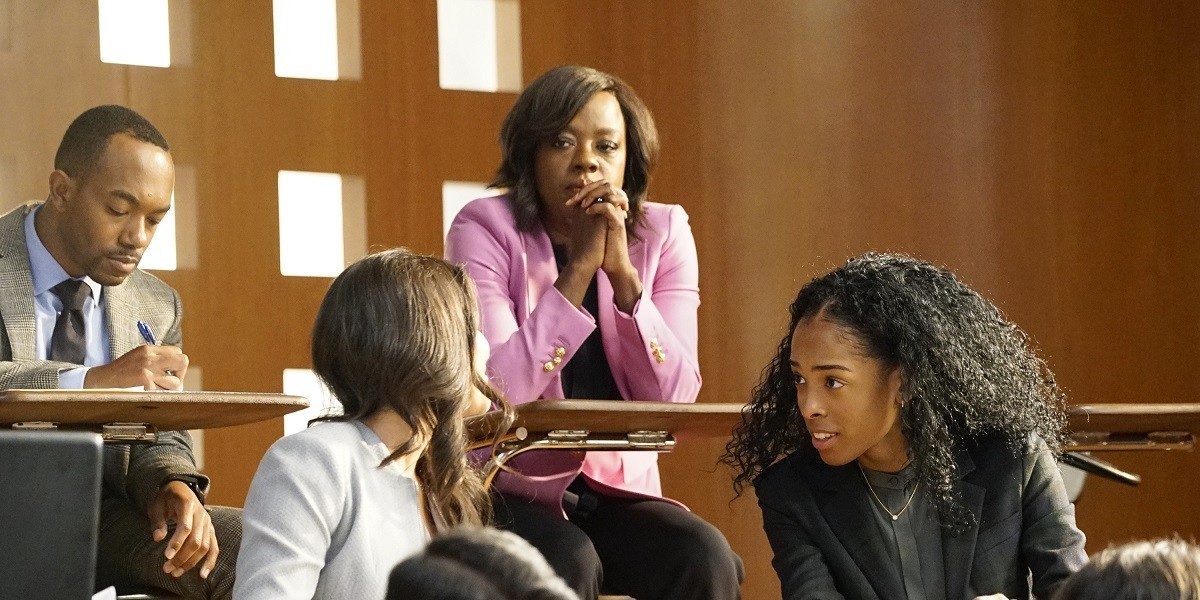 Annalise definitely isn’t absent, but she’s also legitimately letting her students make mistakes. I loved the new dynamic that was illustrated in Michaela’s conversation with Annalise. The students are realizing how much she’s done for them, and the ways in which they need her help more than they could have imagined. They also still admire her, and deeply want her to feel the same about them.

I hope all of the Keating crew’s cases carry over to future episodes, in the way that Connor’s did. So much of being a lawyer is what happens outside of the courtroom, and in HTGAWM season 6, episode 3, Connor both showed that he will follow his heart, and potentially learned why that’s not always such a good idea.

Michaela, Gabriel, and Connor all got chances to shine in the cases that were explored in this episode, and Asher got a chance to…deliver a bunch of one liners. Don’t get me wrong, I loved the banter between Michaela and the boys, but it really highlighted, for me, how sidelined Asher has been.

I’m really looking forward to Asher’s inevitable chance to prove, in the courtroom, that he was always worthy of the clinic, but I’m also hoping for a deeper storyline for his character. It’s the final season, and it feels like everyone else has something really meaty to work with, while Asher remains reluctantly in the background. 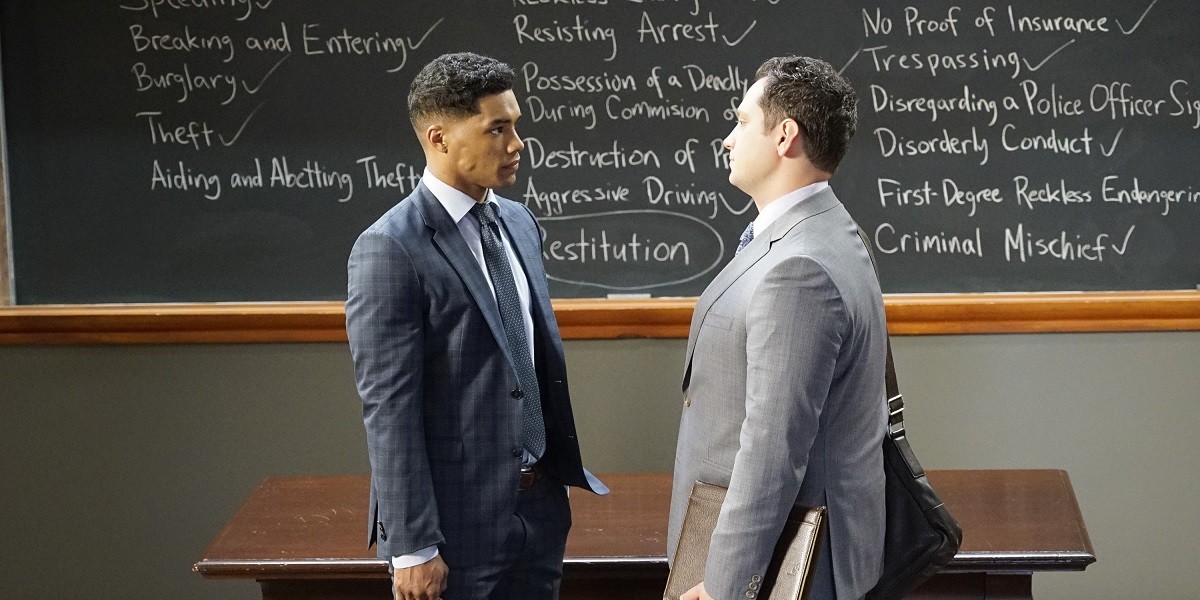 Bonnie really impressed me, in this episode of How to Get Away With Murder. She managed to win Tegan over to get a job, and was also able to fool everyone, including Annalise, about her motives. It looks like Nate’s suspicions about Tegan have only risen, and I’m really happy the show is using Bonnie to explore that, in lieu of Nate’s darker approach.

However, I’m also still desperately hoping that Tegan is innocent. We learned an interesting fact about her marital status in HTGAWM season 6, episode 3, but I’m still not sure what we’re supposed to take from that. What I am sure of, is that I loved the flirtation going on between Tegan and Annalise in this episode, and will take as much of that as they want to give us. As long as Tegan is innocent, that is.

After all of that, we still haven’t even gotten to the biggest moments of the episode! HTGAWM did a great job of hiding some huge reveals under a bunch of procedural drama, but this was actually a really big episode, for the show.

Thanks to Oliver, Frank is closer to finding Laurel than ever. I have to admit, I was skeptical when Frank claimed that the seemingly random brunette on the security footage was Laurel, but I guess he must really be in love with her, because he was right. As of now, we have absolutely no idea if Xavier and Frank simply managed to find Laurel’s safe house at the same time, or if Xavier had been keeping her there, all along, but I can’t wait to see how this unfolds, next week.

In other “Frank’s love life” news, I think my favorite part of HTGAWM season 6, episode 3, was when Bonnie shot Frank down, saying “don’t pretend it’s about me.” It showcased how well those two characters know each other, but also how strong and savvy Bonnie is becoming. Too bad for Frank, though! 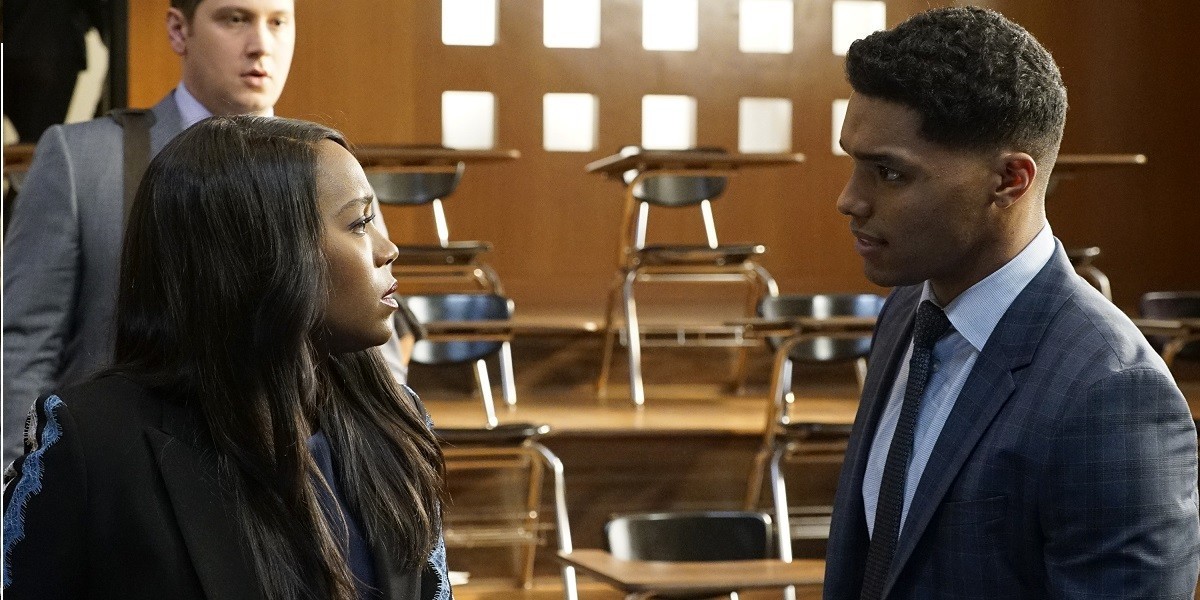 I spent a lot of this episode trying to figure out how to feel about Vivian, but came out firmly on her side. I wasn’t sure if she was going to be an ally, a force to be reckoned with, or simply a liability, but in the end, she cemented her identity. First and foremost, she’s a great mother. Admittedly, I was terrified when they showed her talking to the FBI, but she really turned things around.

Rome Flynn, who portrays Gabriel, blew me away, in this episode. When he broke down and told his mother the truth about what he’d done, it was, without a doubt, a man dropping the veil that he’d used to shield himself for his entire life. It was pure vulnerability, and it was an extremely emotional scene.

Viola Davis also deserves recognition, as per usual, for Annalise’s return to hit therapy. It’s amazing that she’s found something that helps her channel her emotions, and I would be happy if we saw similar breakthroughs, in the final season. It was interesting that the fact that Sam confided in Vivian about their lost child brought her to the brink, but it made it clear how much her late husband and child are still a part of her. I’m eager to see how, or if, this is resolved, in any way, in this season of HTGAWM.

We’ll see if Michaela has a similarly vulnerable reaction to learning the truth about her father, next week. I’m interested to see how this affects her relationship with Annalise, which has already been such a rollercoaster in this season, and in previous seasons. Also, now that we know her dad isn’t dead, there’s still a possibility of her meeting him!

I don’t know about you, but exactly two things went through my head when Connor saw the picture of the crime scene. First, I thought it was Sam. Then, I was terrified that it was Oliver. The obvious conclusion is that it’s Annalise, but I’m still not convinced this is connected to her funeral, and I can’t see her death eliciting that kind of reaction from Connor.

The FBI did mention “dead informant,” so that could also point to Tegan or Vivian. They also mentioned Michaela, which got me excited and nervous about how the flash forward scenes will test the bonds within the Keating crew. I can’t wait to find out more, next week!

how to get away with murder, htgawm, zedited