Hustlers was a great movie from top to bottom, but my favorite part was how it treated the female friendships between every single character.

If you’ve seen Hustlers, then you know it’s about a group of women who try to take advantage of a corrupt system in order to make it work in their favor. Spoilers ahead.

When Hustlers first opens, Destiny (Constance Wu) has just started at a new club. She takes an introductory lap across the stage and we see many of the women we’ll get to know better throughout the film. The one person missing, however, is Ramona (Jennifer Lopez), but it’s not long before she makes her own grand entrance.

The entire audience is mesmerized by Ramona’s performance. Dollar bills cover the stage as they’re flung into the air as gratitude for her skills. Destiny can’t take her eyes off Ramona, much like everyone else in the room. This is the big number Jennifer Lopez spent weeks training for, and every single shot was absolutely perfect.

And as Ramona struts away, you can see a plan hatching in Destiny’s eyes.

Later, Destiny follows Ramona to the rooftop where she asks for a light. Ramona has all the power here — she’s clearly the money maker, the most experienced dancer, the one to beat — but she doesn’t hang it over Destiny’s head to keep her in her place. We’ve been conditioned, in movies and in life, to expect women to size each other up and instantly see one another as competition.

Instead, Ramona lights Destiny’s cigarette and offers her a warm and comfortable spot wrapped up in the edges of her fur coat. This instant camaraderie sets the tone for the rest of the movie, not only for Destiny and Ramona’s friendship, but for all the friendships between the girls. 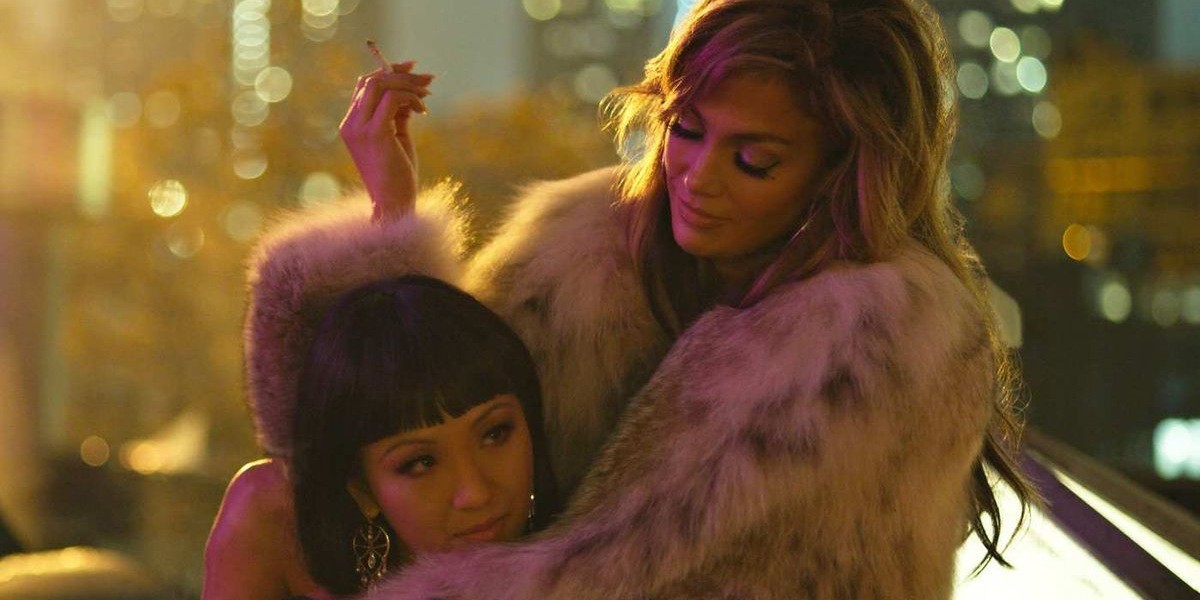 There’s one moment in the beginning when Diamond (Cardi B) tells Destiny to get lost, but it’s only because Destiny crossed a line by trying to take her guy away from her. After this, there’s no bad blood between the two, and Diamond even helps Destiny learn how to give a better lap dance.

Once again, Ramona is leading the charge here, having just taught Destiny some new moves on the pole. The rest of the movie works much in the same way. Ramona was making plenty of money on her own, but she saw something in Destiny that she liked, and together the two of them became a powerful force to be reckoned with.

It was so refreshing to see Ramona take Destiny under her wing like this. She didn’t need to share the spotlight, but Ramona genuinely cared about the other girls at the club. I’m sure they all got into squabbles here and there, but throughout the whole movie, it felt like an us vs. them mentality, with the them being all of the men in their lives.

At the end of the day, these women could only rely on each other, and that’s why they were constantly working to hold each other up. They knew the men around them would never care about them in the same way, and the movie depicts this by never putting more emphasis on a man than any of the female characters.

After the last good night at the club (shout-out to Usher!), things go sideways for the group. The stock market crashes, the club dries up, and Destiny gets pregnant. It’s a couple years before she and Ramona see each other again, but it’s like nothing has changed between them. Ramona still wraps Destiny up in a big hug and the two hatch a plan to make some serious money.

This is when Annabelle (Lili Reinhart) and Mercedes (Keke Palmer) enter the picture. They, along with Ramona, had been going outside the club, getting guys drunk, and bringing them back in order to milk them for all they’re worth. Around the time Destiny shows up, Ramona had developed her little mixture of drugs to speed up the process. 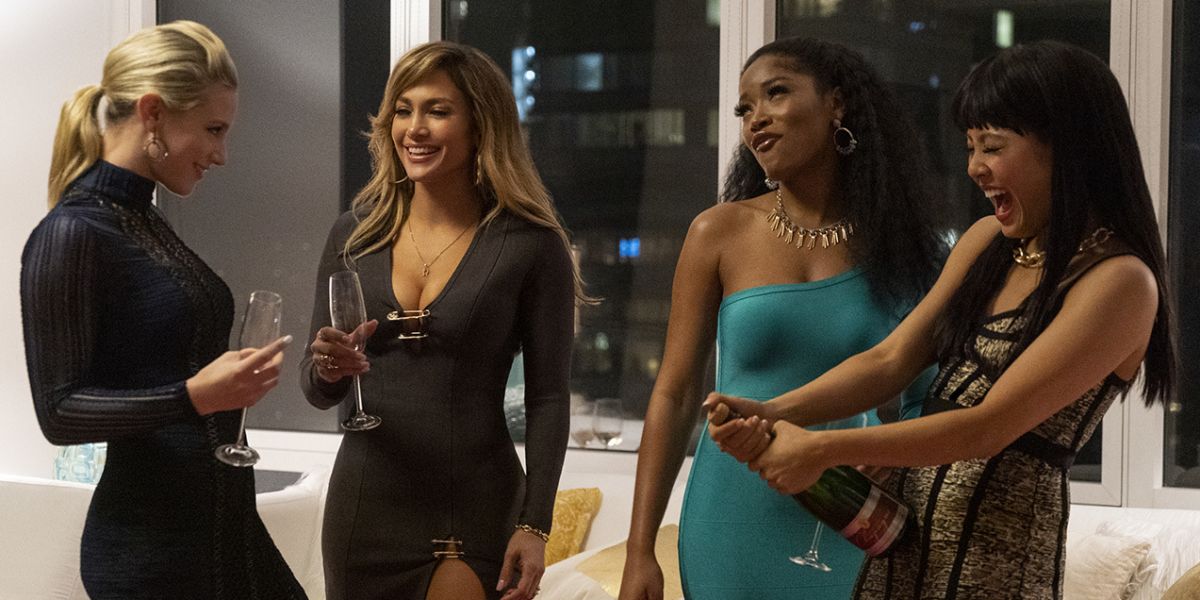 When Destiny is brought into the fold, the dynamic of the group could have been completely upended. Ramona and Destiny have a deep friendship, and there could have been some jealousy that Ramona had found a new best friend in one of the other girls. On the other hand, Annabelle and Mercedes could’ve disliked Destiny on principle, feeling like they didn’t need her to cut into their profits.

But neither of these scenarios played out, and after making an incredible amount of money, all four celebrate together, solidifying their status as sisters. They become a true family, closer to one another than anyone else in their life. It’s beautiful to see this play out, despite realizing fairly early on that this golden age couldn’t last forever.

The group still struggles with the stock market crash limiting their business. They don’t want to double dip too often with their regular customers, and they also realize they could expand their business if they wanted to. This is when everything starts to come crumbling down around them.

The four girls try to find some new hires. Not everyone is a winner, but they have to work with who they’ve got. Unfortunately, it’s clear pretty early on that Dawn (Madeline Brewer) will be their downfall. She’s another stray that Ramona can’t help but take under her wing, except she’s nothing like Destiny. Dawn has some serious addiction issues, and that’s eventually when gets the best of the group.

Even when everything is falling apart, Destiny tries to stick by Ramona’s side. She voices her opinion about Dawn and keeps a careful eye on her, but it’s obvious she wants to trust that Ramona is right about their latest recruit. Unfortunately, she’s not, and it’s too late by the time they realize that Dawn is not good for business.

What I find most interesting about Ramona and Destiny’s relationship in the end is that there is still so much love between them. Destiny is hurt that Ramona didn’t trust her about Dawn, but she understands that this is a part of Ramona’s character. Ramona also feels betrayed that Destiny would take the deal and throw all of them under the bus, but she also understands that Destiny had to think about her daughter’s future. 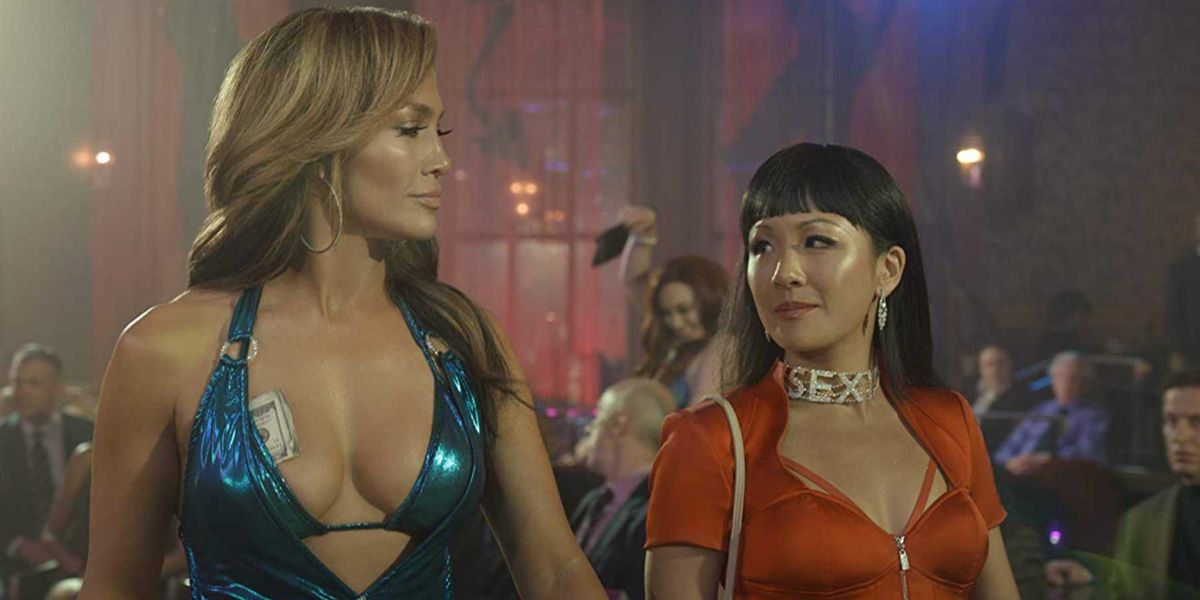 Though they’re still not talking by the end of the movie, the journalist, Elizabeth (Julia Stiles), offers hope that the two of them can rekindle their friendship. They miss each other greatly, even though there are some hurt feelings there. However, those feelings are valid, on both their parts, and not rooted in jealousy, competition, or the idea that one needs to lord their power over the other.

I appreciate any portrayal of female characters that doesn’t pit them against the other, and Hustlers found a way to let these women live in close proximity, through all the ups and downs, without it turning into a story driven or manipulated by men.

What did you think of Destiny and Ramona’s friendship in ‘Hustlers’?