Joker is difficult to watch at times and rather unsettling, but worth it just on the strength of Joaquin Phoenix’s performance alone.

If you’ve read any of my articles here on Hypable, or even taken a quick glance at my Twitter, you’ll know that I am a self-professed diehard DCEU fan.

I’ve seen every DCEU movie in theaters multiple times (yes, even the one which shall not be named), have fought probably too many people online about their quality, and on its third anniversary, wrote an article about how Batman v Superman is still one of the best comic book movies ever made.

I mention this so as to give context to my taste, which runs decidedly pro-DC over Marvel, loves watching different takes on iconic character, and is into a little (or a lot) of darkness in my comic book movies.

By all accounts, then, Joker should’ve been the DC movie I was most excited about it.

However, the truth is that it was far from that. In fact, I was an early detractor of the film, and frequently referred to it in the lead up of its release as ‘the DC film I’m least excited for.’

This had nothing to do with the increasingly frenzied response over whether or not a fictional Joker film would inspire real-life violence (I land firmly in the camp of: No), but because I both didn’t think that the Joker needed an origin story and didn’t know if I wanted to see one.

I still don’t really think we need a Joker origin story, but if we were going to get one, I quite enjoy the fact that this is the one we got.

And, as much as I wasn’t excited for this movie, I spent the last 30 minutes or so on the edge of my seat, captivated by a Joaquin Phoenix performance that had been fantastic all movie but really kicked into high gear in the film’s final act.

I walked into Joker wishing that I didn’t have to review it, but I walked out satisfied and — dare I say — happy that I had seen it opening weekend. 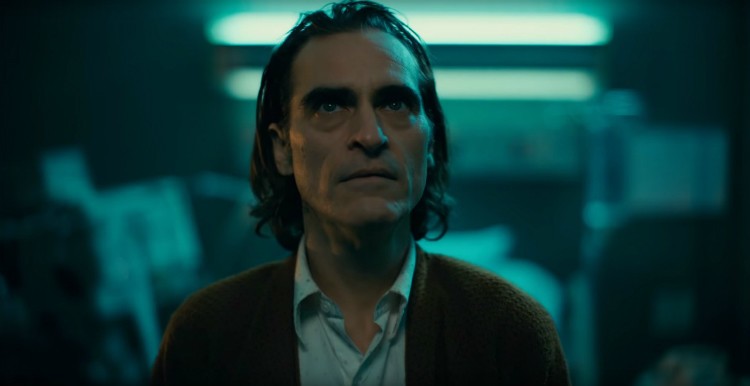 The lead-up to this Joker — before the elevated discourse about what it could or would inspire — was that it wasn’t the type of comic book film you were used to seeing.

In an age when comic book movies end up costing upwards of $100 million to make, Joker was made for a mere $55 million. It didn’t court the big Hollywood premiere, but instead did the film festival route first — going on to become the first comic book movie to win the prestigious Golden Lion award from the Venice Film Festival.

Even its October release — rather than finding a place amidst the rest of the summer blockbusters — made it unique.

Many of the most financially successful ones take the tropes and characteristics of comic books that are most palatable to general audiences — bright colors, easily digestible themes, unimpeachable superheroes — and eschew most of the complexity inherent to the best comic book stories.

Joker, then, doesn’t try to be a comic book movie at all.

What it is instead is a full blown horror movie. 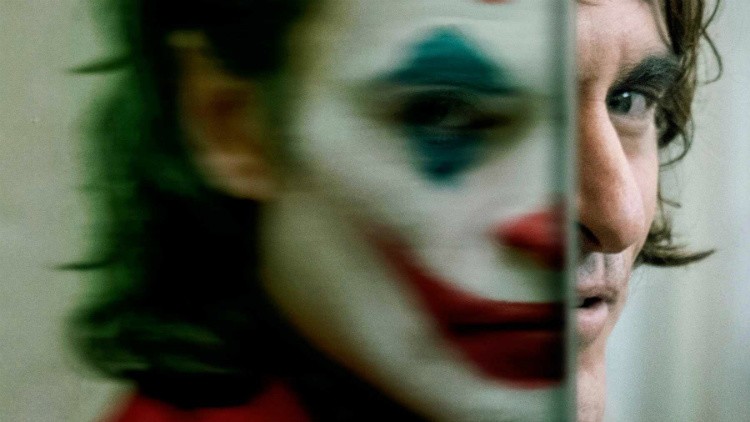 I am not a horror movie fan, which means there were times in Joker where I had to look away from the screen (one in particular is rather gruesome, for those of you who are squeamish), and I spent the vast majority of the movie with a crawling sense of dread in my stomach.

But even as a horror movie, Joker manages to flip the script. Most horror movies are predicated upon some kind of mystery — who’s the killer, what’s in the house, what creeps in the woods — that is then revealed at the climax of the film.

But we know where the Joker is going to end up, even if we’ve never read a comic book in our lives. The name and the face and the laugh are synonymous with the cruelest, most demented villain out there, so rather than waiting for the monster to be revealed and killed, we’re instead waiting for the man to become a monster and be reborn into a villain.

Joker takes one of the most popular lines from Alan Moore’s near definitive Joker tale (inasmuch as we can have one) — “all it takes is one bad day to reduce the sanest man alive to lunacy” — and spins it out as far as it can go.

He gives us Joaquin Phoenix’s Arthur Fleck, who is far from the sanest man alive and whose life seems to simply be a series of bad days, one after another.

The first part of the film focuses on Arthur, a man in physical, emotional and mental pain — so much so that it almost hurts to watch him on screen. His emaciated frame makes you wince, his ill-timed laughter — a neurological condition that is the result of a traumatic brain injury — is a choking sound ripped from his throat, and his life is a dreary slog set amidst the dismal rotting streets of Gotham City.

There is no hope in Arthur’s life, and we know that there will be no redemption in his story, so we watch as he drags himself from one bad situation to another, and that feeling of dread builds in the pit of our stomach. 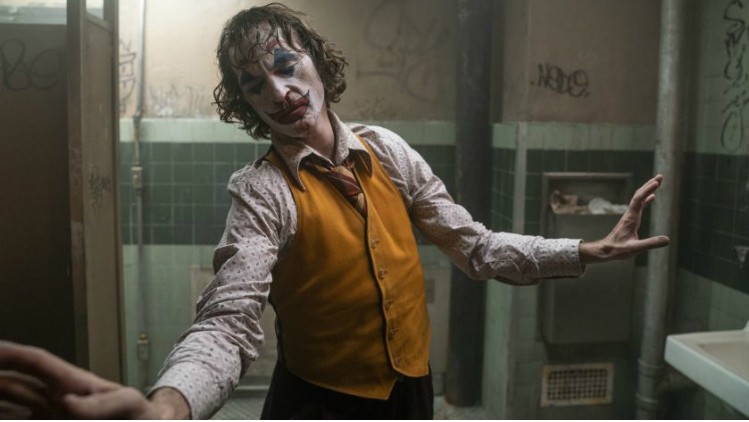 There is a turning point halfway through the film, of course — one that comes from violence and gives birth to violence. And it is in that violence that Arthur Fleck looks alive for the first time in the movie. As the movie goes on, his mannerisms remain the same — the same jerky dancing; the same maniacal laughter; the same too-close stare.

It is the man who possesses them who changes.

It is a fascinating and terrifying transformation, one that curdles that feeling of dread in the pit of our stomach into acrid fear. But even then we can’t look away, as much as we might want to.

We are not watching the killer become unmasked, and we know that this is no story of heroes and villains.

What we are instead witnessing is one man’s descent into madness — a madness that does not shape him into something better, but transforms him into an amalgamation of the worst parts of human nature.

It’s a transformation that would be absolutely impossible without Joaquin Phoenix’s masterful performance. Everything you’ve heard about his performance as Arthur Fleck is true — it really is that good. Nothing at all has been overplayed or overblown, and I wouldn’t be at all surprised if he ended up winning the Oscar for Joker.

The character of Joker is so big and absurd that there can be temptation to overplay him. But Joaquin Phoenix’s performance is subtle without being lifeless, enthralling without being charming.

I knew walking into this movie that Joaquin Phoenix — who has had a string of all-time great performances — would impress me, but I still somehow wasn’t ready for just how much I was going to be impressed by him. His performance engendered sympathy for Arthur Fleck and fascinated horror at the Joker — then just straight up horror — all without showing any of the seams.

There’s no one moment where you see him make the switch from Arthur into Joker; it’s only once you’re there do you realize that it’s happened. 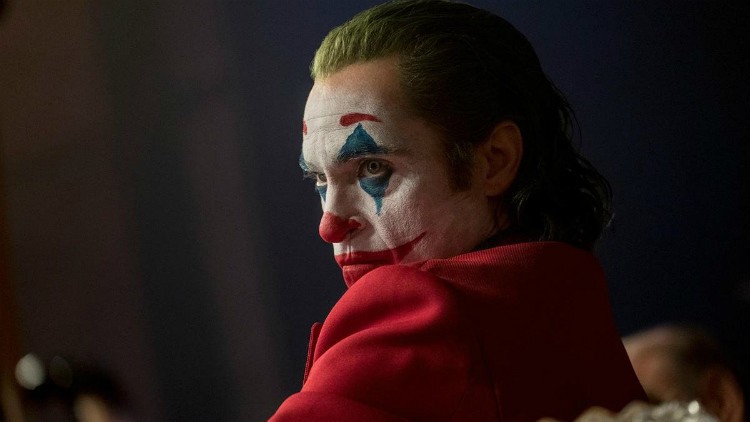 There’s been a lot of heightened discourse around the release of this film, and so much film criticism in general seems to have devolved to extremes. A movie must either the best thing ever, or it’s the absolute worst film in existence.

Now that I’ve seen the movie, I want to say that I don’t think Joker is an incel’s manifesto or should be held responsible for what the worst members of our society might bring to it.

I also don’t think it’s either the worst movie ever or the best — but that’s only because it’s not the type of storytelling I normally pursue. As this is a review, and the expectation for reviews is to give a recommendation, what I’ll say is this:

Joker is the best movie I’ve ever seen that I never want to see again.

I don’t mind darkness in my storytelling, and I don’t think that movies are required to offer us some kind of moral conclusion, but I personally prefer my darkness to have redemptive qualities and I do like movies better if they try to have something to say.

Joker, on the other hand, is a dark, vicious story without any redemption, and it is psychological horror film that attempts to steer clear of moral judgements or subjective conclusions. How much you want (or even require) those things in your storytelling will be the deciding factor as to whether or not this is the film for you.

If you want a random moviegoer’s opinion — I think it’s worth watching in theaters, even if just to see Joaquin Phoenix’s fantastic performance, hear Hildur Guðnadóttir’s transcendent score on the big screen, and form your own opinions based on the actual film itself rather than just what other people are saying about it. 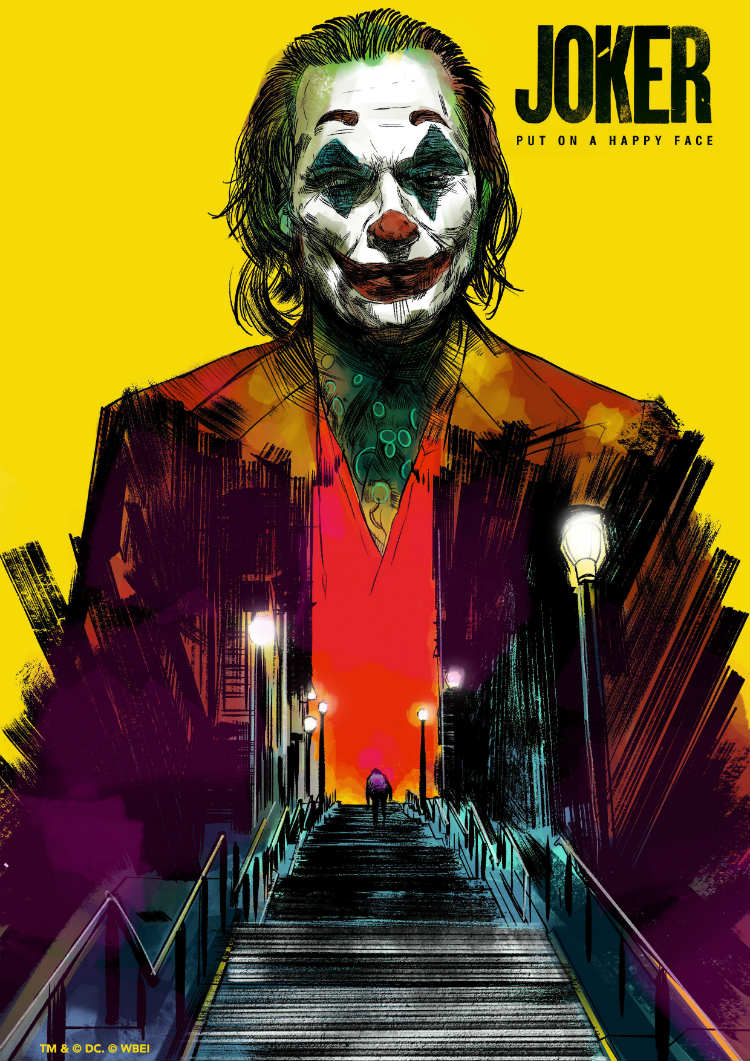