Now that Legacies fans have met Headmaster Vardemus and have seen a glimpse of what he has up his sleeve, how do we feel about the impact this could have on the Salvatore School students, and, more specifically, Josie Saltzman?

I must say, I was initially VERY against Josie Saltzman taking any sort of dark path. It’s so rare on supernatural shows that someone who is inherently good, like in their bones, absolutely gets to stay that way. With Hope’s righteous anger and Lizzie’s brutal honesty already well-demonstrated in Legacies season 1, I sincerely hoped that Josie would be able to just stay pure and wonderful in her goodness.

But I definitely see the value in watching her struggle with using magic for the betterment of the supernatural cause and not for heroics. We’ve already seen Josie use magic in battle, so we know how effective her powers can be when she’s fighting evil. She single-handedly took down the mummy on Main Street after Hope and Lizzie were overcome by his plagues. She has proven to be a valuable ally to have in times of trouble, and a very competent magic practitioner. 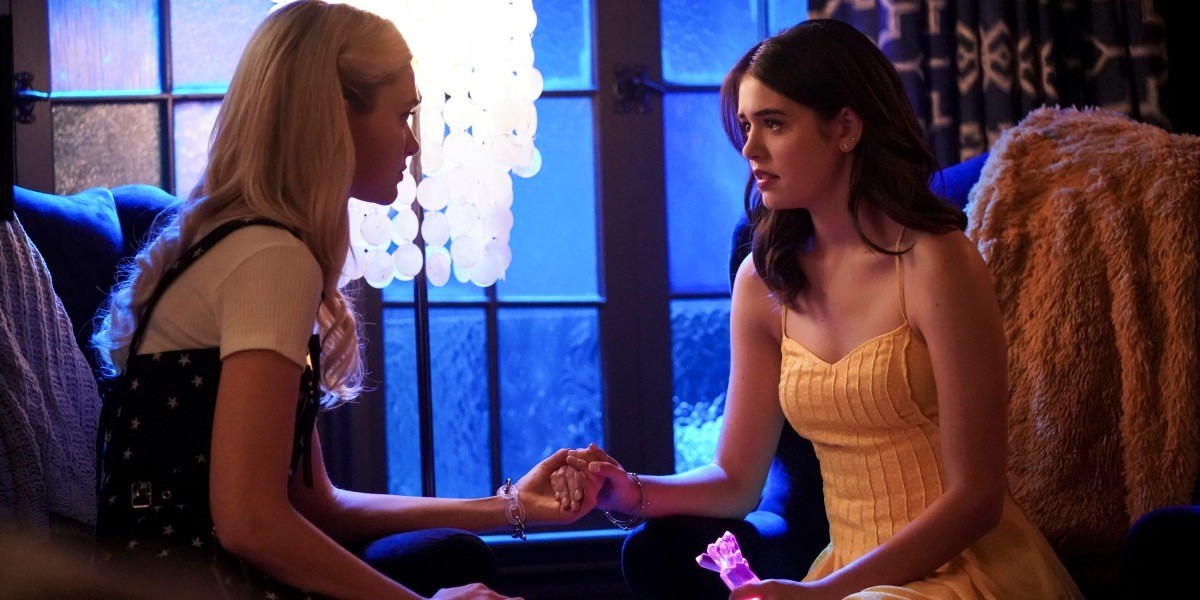 And her uses of magic outside of desperate times puts into question just how inherently good our resident good girl might be. I mean, joining Hope for even the mildest dark magic spell, burning Penelope’s hair off in revenge, using magic to hurt Lizzie in a fit of anger last season, and the nosebleed she gave a girl showing unreciprocated interest in Landon are a handful of hints that Josie Saltzman definitely has a dark streak in her.

Professor Vardemus has chosen the absolutely perfect moment to tempt Josie to join his less-than-wholesome magic club. She’s still a little angry with her father for both betraying the school and lying to her about the Merge, she’s stressed about surviving a duel with her twin even if their 22nd birthday is still a few long years away, she’s feeling the loss of Hope’s presence in her life (even if she’s not completely aware of why she’s feeling that loss), and is fighting hard to hold onto the closeness that she and Landon have developed over the summer.

All that, combined with normal teenage rebelliousness and an earnest interest in learning more about her magic, makes Vardemus’ offer one Josie Saltzman cannot and will not turn down. 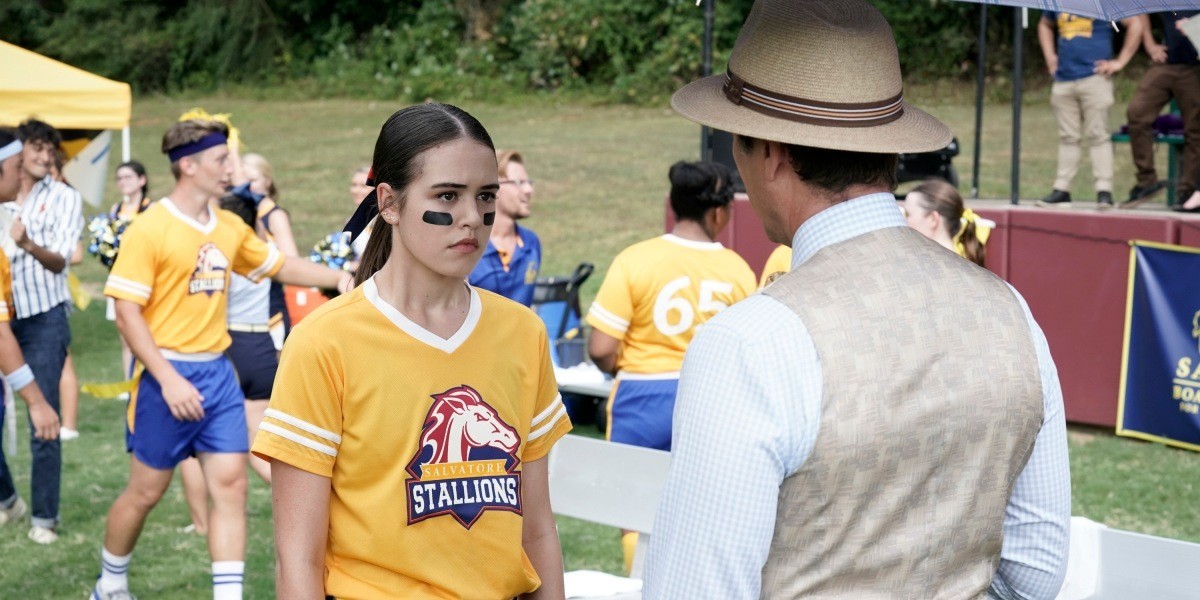 So, I think I might actually be ready to see Legacies resident good girl get a taste of what kind of power lies just past the line Alaric has always enforced in regards to using magic. We watched Bonnie Bennett cross that line time and time again on TVD, and those experiences definitely made her a better witch in the long run.

And I believe that Josie’s relationships with Lizzie, Landon, Alaric, and even Raf would be enough to pull her back from the brink if she ever took things too far. They each love and respect her for who she is, and no matter how far Vardemus may pull the good-hearted twin toward his nefarious ways, I just know one of these four could help pull her back from the brink if necessary.

Josie is just frustrated enough with the status quo to be lured into less wholesome ways of viewing magic. Especially by her new headmaster who just so happens to see the role of supernatural creatures in this world differently from Alaric.

I think Josie is looking for someone’s permission to dig deeper and further into the power she’s only begun to play with. Vardemus is the perfect person to open the gateway to other kinds of magic for Josie Saltzman, I just hope Emma, or some other magical influence, will help Josie learn to balance power with doing what’s right. 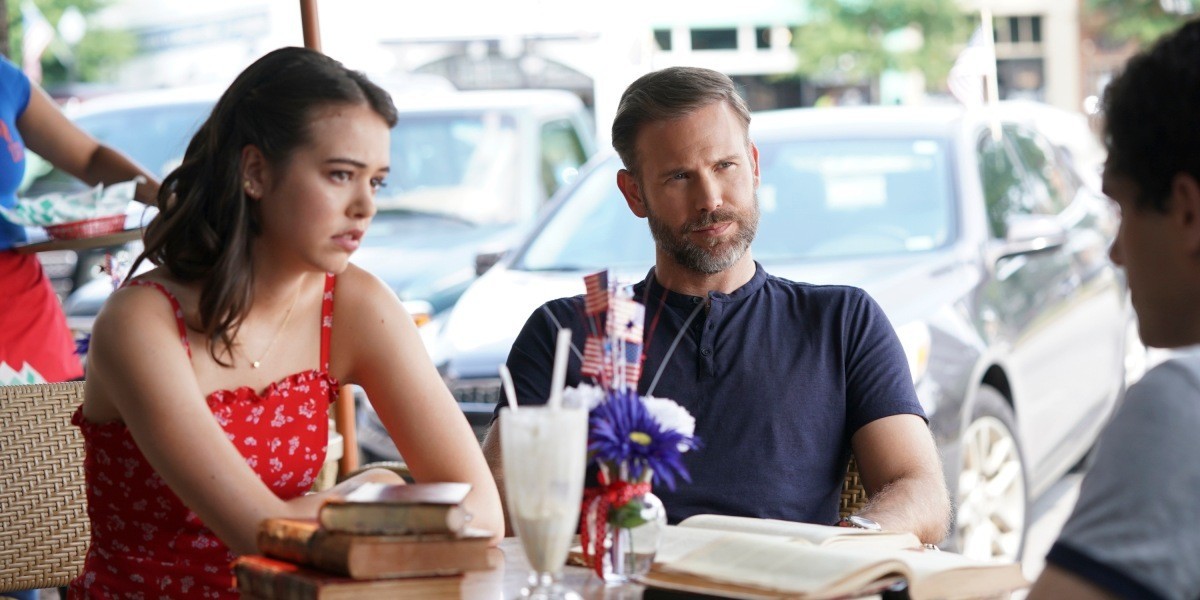 Side note: I hope that watching Josie be lured to darker sources of magic leads us to an epic Alaric/Vardemus battle where our non-supernatural fave is armed with some sort of temporary magic, probably thanks to Hope or Freya or someone equally as knowledgeable.

The Legacies writers and powers-that-be are quite literally setting up Vardemus to be the devil on Josie’s left shoulder, whose negative influence can only be negated by the achingly authentic goodness of Alaric Saltzman, AKA the angel on her right. Watching them do battle with Josie Saltzman’s soul weighing in the balance is one fight I definitely want to see in Legacies season 2.

What do you think?