Lady and the Tramp is the latest Disney movie to get the live-action treatment for Disney+. Here’s our review of the movie.

Lady and the Tramp may not have been the Disney live-action remake that I’ve been the most excited for in recent years, but it still ended up being one of my favorites.

Although 1955’s Lady and the Tramp is recognized and appreciated by most Disney fans, it’s certainly not as revered as some of the other titles that have gotten the live-action treatment. However, I would argue that this fact makes it the perfect choice for a remake. While the source material is known, it’s not necessarily held as sacred.

The plot of the live-action Lady and the Tramp follows that of the original quite closely. This honestly surprised me, as I don’t remember the 1955 movie being overly plot-driven. I assumed the story would take some big departures and liberties, but that really wasn’t the case. The setting remained in the 1950s and the story beats stayed fairly true to its source.

In my opinion, where the remake did diverge, it was consistently for the better. The pacing issues of the cartoon were remedied, which actually made the plot feel more significant and helped make Lady and the Tramp an overall more entertaining movie. The characters, both human and canine, were more vocal and better developed. 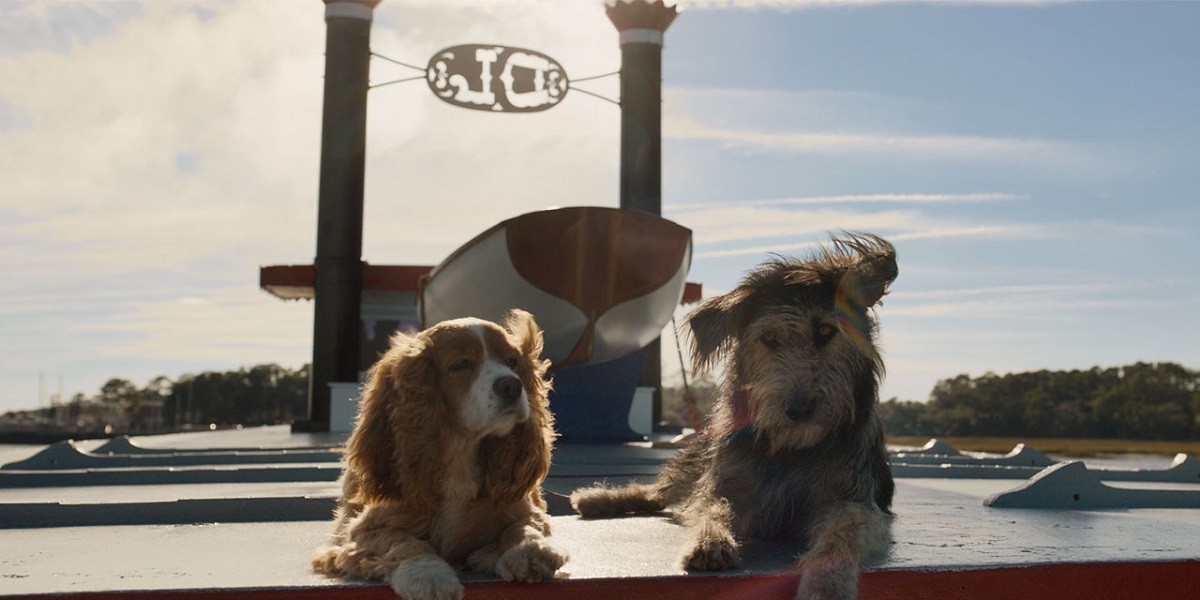 Even the love story, which is the movie’s core, is handled more adeptly. This is largely because the characters of Lady and Tramp (we’ll call him Tramp even though he’s a dog of many identities) are enhanced in the live-action remake. Lady, who’s voiced by Tessa Thompson, is spunkier and takes increased ownership of her decisions. Tramp, whose demeanor is carried by Justin Theroux, is given more heart and substance.

Don’t get me wrong, Lady and the Tramp definitely hasn’t become a deep character study or a great romance. Honestly, the characters and plot remain relatively thin. However, I believe this works for the movie’s subject matter, considering the story is about dogs. The canine characters reach the level of complexity and intellect that you’d expect from any talking dog movie. It’s the perfect level to give them some agency while retaining their innocence and cuteness.

One of my biggest complaints about the recent live-action remake of The Lion King was that it took an animated movie that had dynamic, emotional characters and flattened them for the sake of realism. Luckily, Lady and the Tramp did not suffer from this!

I believe that can be accredited to the fact that most humans are used to reading the visual cues of dogs, and the dogs in both the cartoon and the live-action Lady and the Tramp really act like dogs, other than the whole talking thing. The animals in the cartoon version of The Lion King behave a lot more like people, which meant their beastification took a lot of nuance from them.

Visually, the live-action Lady and the Tramp does a good job of making the characters look and behave like dogs, but I was rarely, if ever, fooled into thinking I was watching actual dogs in action. In terms of other visuals in the movie, it nails the 1950s aesthetic and maintains the feeling of the original. 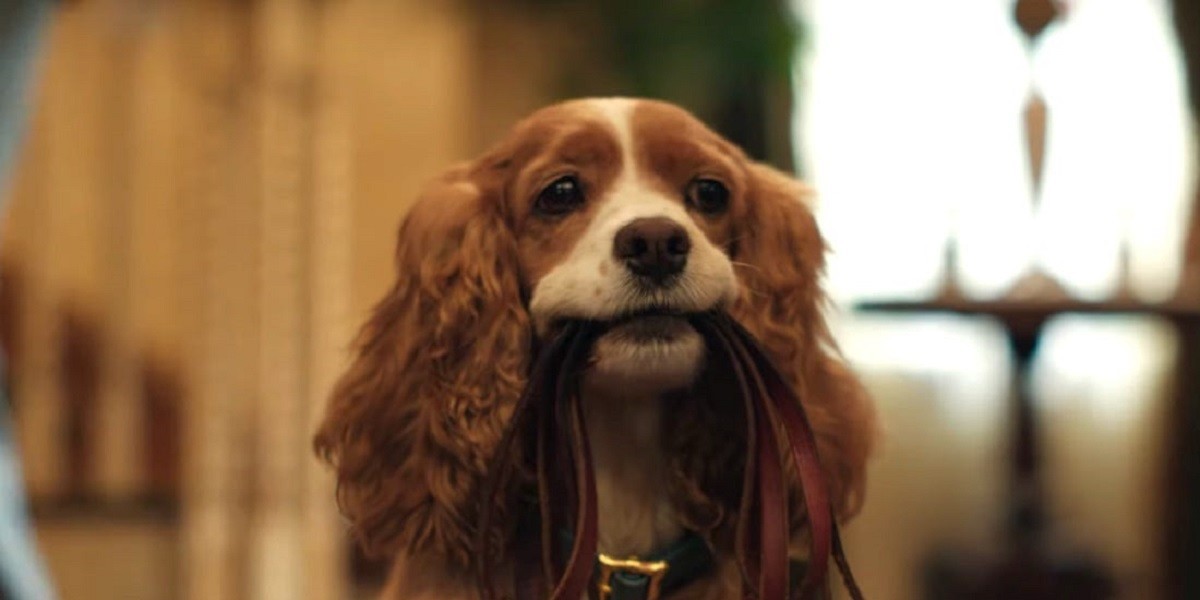 One of my favorite things about Lady and the Tramp was that they kept the same music from the original movie. This definitely wasn’t necessary since music wasn’t a huge part of the film, but it was such a nice atmospheric touch. The songs have all been remixed, and some are even sung by the movie’s characters, but they are the same songs with one notable exception.

There wasn’t a lot about Lady and the Tramp that needed to be updated for 2019, but the Siamese cat song definitely needed an overhaul. Luckily, Disney made the necessary changes while still including a really fun song and scene in the live-action remake. Other 2019-driven changes include the removal of Tramp’s derogatory nicknames and a bigger focus on encouraging people to adopt pets from their local shelters!

The human characters are a delight in the live-action Lady and the Tramp in a whole new way. Yvette Nicole Brown is perfectly and hilariously infuriating as Aunt Sarah; Adrian Martinez makes a fun and compelling villain out of the dog catcher; and Kiersey Clemons and Thomas Mann both capture and enhance the sweetness of Jim Dear and Darling.

On the canine side, the iconic friendship between Trusty and Jacques (who is Jacqueline in the live-action Lady and the Tramp) is even deeper, cuter, and funnier in the remake. Also, if you loved Jacques’s Christmas sweater in the cartoon, just wait until you catch a glimpse of his live-action outfits!

Overall, the live-action remake of Lady and the Tramp was successful in capturing the movie’s themes of love, family, and seeing the perspectives and values of those who aren’t like you. It’s a cute and fun movie that will definitely cement the story of Lady and the Tramp in the hearts of a new, dog-loving generation.