It’s time for someone to remember Hope. Not learn her truth or see glimpses of her, but full on REMEMBER her. Oh, and there’s an Oni to fight, because Malivore, and this is Legacies season 2, episode 4 after all.

There is so much to love about tonight’s episode. We’ve made progress when it comes to Hope getting settled back into a somewhat normal life; Josie got a chance to shine thanks to her useful Japanese language skills; Landon is one step closer to remembering his first love; and well, then there’s Lizzie. Let’s get started on breaking all of these pieces down:

Alaric and the Sheriff

We learned quite a bit about how principal/sheriff relations have been going since Alaric took up his new post at Mystic Falls High. Not only is she delivering him temporary restraining orders by day, but she’s reviewing our favorite guardian’s police record. Which is apparently spotless, by the way.

I wonder how much sanitizing Sheriff Forbes did before she passed because Alaric should probably have a couple of reports in that file by now. Just another reason to be thankful for Liz Forbes. **cries**

Unfortunately, there are going to be a few roadblocks for them to break through before we see them canoodling by fireside or anything, and pretty much all of those have been built by Alaric.

Apparently, in his quest to prove his dedication to all students, Dr. Saltzman is going to deny himself any kind of life outside of his students. Hopefully Hope, Josie, and Lizzie talk some sense into him because he’s allowed to have a life too.

While we’re talking about Alaric, I have to mention my predictions as far as this restraining order goes. I believe Alaric is going to respect it and keep clear of the Salvatore School grounds for the time being, but I imagine that by mid-season finale time, Alaric is going to be standing in the front yard, ready to do battle to protect someone from Vardemus. And I mean, it’s probably going to be to steal Josie back from however far the new headmaster temps her to cross the black magic line.

This Vardemus guy really wants black magic to seem like the easiest solution to all magical problems, doesn’t he? Josie has truly stolen his particular attention, so I hope she has some really strong resolve when it comes to resisting the temptations he is undoubtedly going to keep piling in front of her.

Also, after witnessing just how incredibly not-what-he-seems this guy is at the end of Legacies season 2, episode 3, I am incredibly curious as to what that weird hourglass thing can actually do. Surely he plans to siphon the magical energy that Josie channeled into it, right? Magical consequences are never that easy to banish, so there must be a twist going on here. I’m banking on Vardemus being able to harness or use all that dark power for his evil purposes.

Lizzie’s not crazy and I can prove it, “Show me the vamp!” 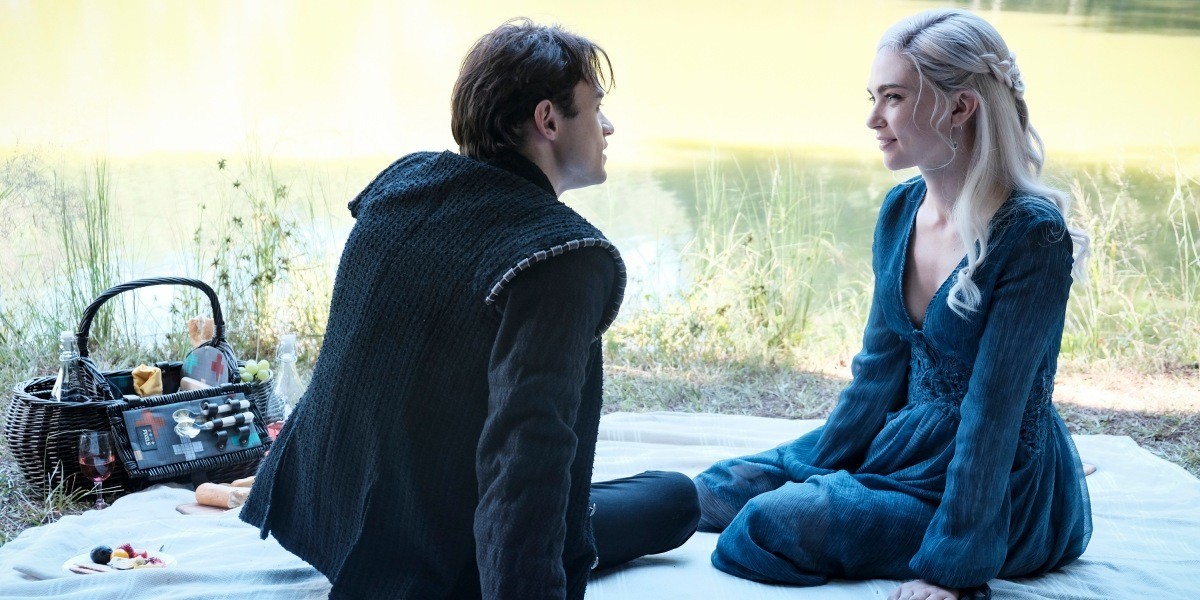 It’s impossible not to feel for Lizzie in Legacies season 2, episode 4. Just when she thinks she’s on the road to recovery and mental wellness, a well intentioned M.G. derails her not-at-all-crazy train. I loved seeing the fairer Saltzman twin confident and happy, so watching her self-destruct in this episode broke my Lizzie-loving heart. I mean, okay, I definitely giggled a little at her ice cream binging, but only because there’s nothing better for the blues than a good old ice cream sundae.

But we all know that Lizzie is as mentally well as she could possibly be right now. It isn’t until M.G. can suddenly see, hear, and touch Sebastian that someone in the Legacies universe knows just how soundly and in her right mind Lizzie is.

And I think we got a major hint as to how Sebastian is existing as an apparition when he asks Lizzie if she has access to large amounts of human blood. I see a Silas-esque rising coming on, and I just hope someone figures out a way to raise this undead guy in a less destructive way. Maybe a trip to a nearby blood bank for supplies?

The adventures of Bonsai-head and the wolf

Post-wolf-form Raf is short on words, unless it has something to do with Hope Mikaelson of course. I find it incredibly interesting that Landon can, for the most part, deny his attractions toward Hope, but Raf finds himself drawn to her without having any sort of idea what she used to mean to him. I imagine that this will be of particular interest to all those Hafael shippers out there. When all memories of Hope have been restored, how will Landon handle his feelings for both Josie and Hope?

Japanese, the Oni, and the warrior 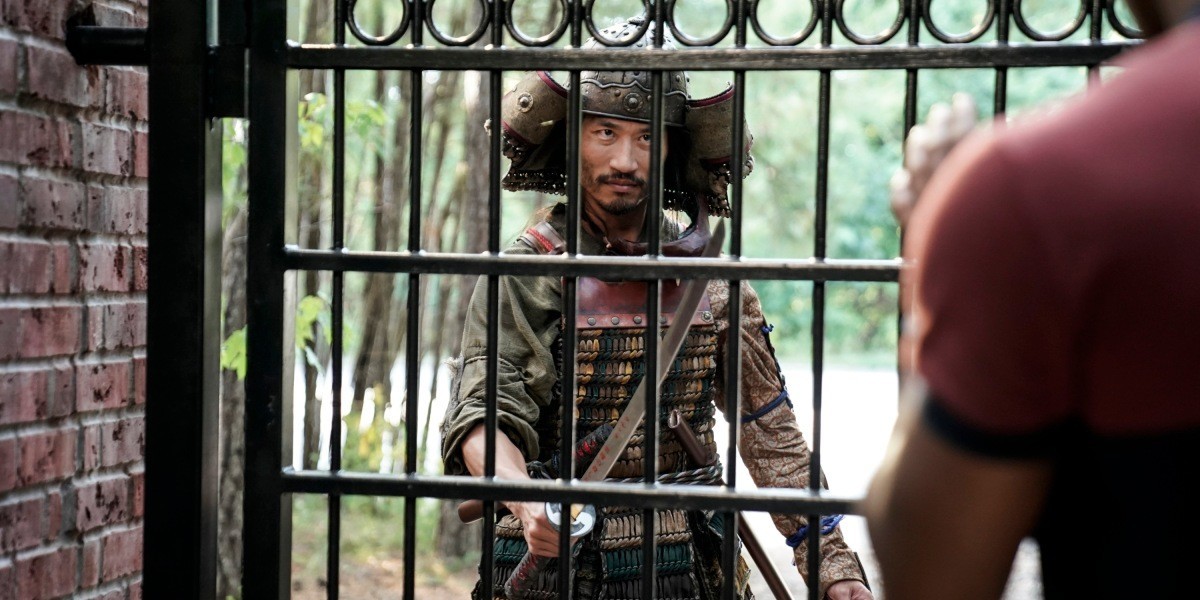 While I wasn’t super impressed (or depressed) by the monster, I loved watching Josie get a chance to shine for skills outside of what she can do with magic. She’s a well-rounded character and I love seeing different skills and parts of her personality shine, even as I’m simultaneously upset that she’s bringing the hostility toward Hope right now. At least it’s justified jealous energy.

I love when a series can build in opportunities to use an actor’s full skill set. How many teen shows give young actors a chance to showcase their command of foreign languages like Legacies season 2, episode 4 did?

Also, I loved that the sword was spelled with a lot of black magic. I do think there are instances in which it may be necessary to use more powerful spells that don’t fit within the natural boundaries, that there needs to be a balance between Vardemus’ and Alaric’s wishes for how witches should use darker magic sources, and this weapon was the perfect example.

I know that gemini twins have a very close bond, and we saw that black magic has unintended consequences for the uninvolved twin last season when Josie did black magic with Hope and Lizzie was forced to sympathy hurl.

I didn’t realize how intense the effects could be though. That rash thing looked worse on Lizzie than Josie. Is it because Lizzie is actually the less powerful twin? If Lizzie started using black magic, would it affect Josie exponentially worse like it is Lizzie? So many questions after Legacies season 2, episode 4.

I feel like this is especially relevant given the new headmaster’s affinity for all things black magic. He’s going to have Josie using on the regular eventually, and I am not down for Lizzie having to suffer at the hands of a dark-driven twin.

The scene in the locker room was a really beautiful moment for Hope and Rafael. While I don’t particularly ship them romantically, I think they have the potential to have a really meaningful and intense friendship. I crave it as much as any shipper craves a kiss at this point. So, watching them have a moment in the midst of all the Oni craziness was an absolute highlight for me.

I also really loved the moment between Hope and Landon. Knowing that his subconscious has such staunch ties to Hope really encourages my little shipper heart. I know that Handon isn’t everybody’s jam, but knowing that someone Hope loves isn’t finding it easy to forget her is good news on the getting-everyone-else-to-remember-her front. 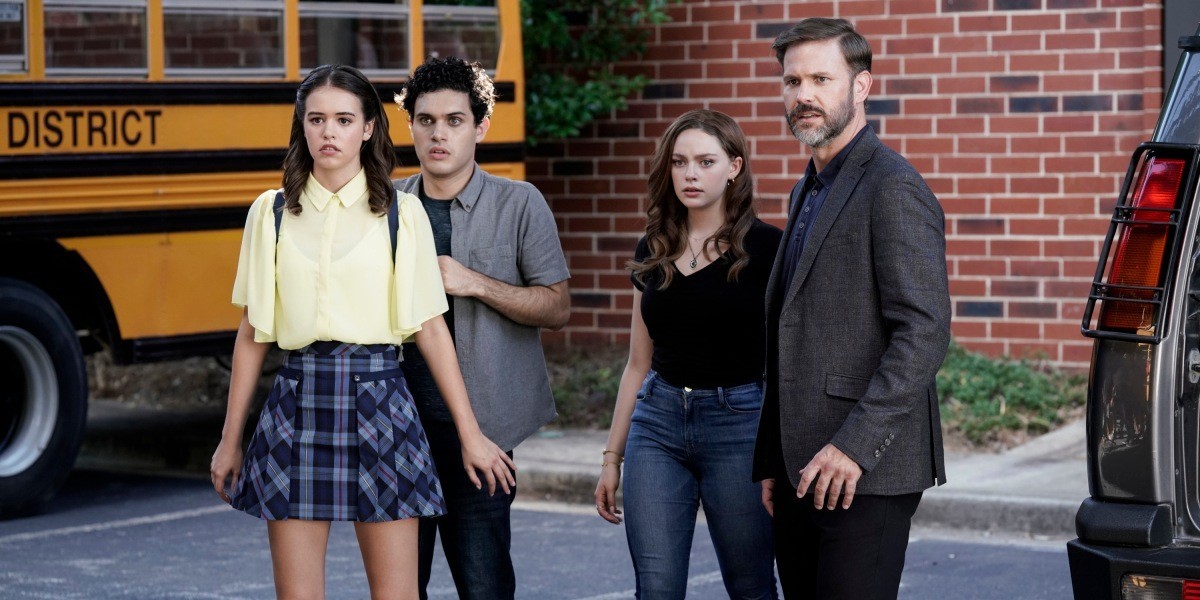 I know M.G. meant well. I really do. But, I also get Lizzie’s anger here. I mean, she’s done the work to get better, and she really believed she met someone new and awesome that she can be herself with. So, I also think that there is a not-so-distant future in which she will forgive M.G. for his mistake.

Friendships can grow through disagreements and fights, so I hope eventually M.G. is able to communicate his regrets for not handling this situation in the best manner, which probably won’t be until Sebastian is a real boy instead of the apparition he currently is.

Why does Lizzie remember Hope?!?!

Is it because she was stronger than the Oni? Did doing battle with the Oni, and ultimately winning, strengthen her mind against the block that Malivore put up? Was she connected to Malivore at some point during the whole black magic powered Oni eviction ceremony? So many questions that will have to wait until next week.

Is someone going to rope off that Malivore puddle or something?

I mean, it’s kind of dangerous just to leave it hanging out in the town square like that, right? Unless the mysterious red robed guys made it disappear, but I really don’t believe they have that kind of power. Could a few drops of Hope’s blood dry it up maybe? I think this is another mystery that will have to keep til next week. I can’t wait for answers after Legacies season 2, episode 4!

Remember to check out all of our other Legacies coverage, and stay up to date on the latest episode info!

What did you think of Legacies season 2, episode 4, ‘Since When Do You Speak Japanese?’?