Looking for Alaska is finally streaming on Hulu! Which episode 1 adaptation changes were a good choice?

The eight-episode adaptation of Looking for Alaska is finally available for streaming on Hulu, and now we can all enjoy John Green’s beautiful novel come to life in probably the best way it ever could have.

Because of the carefully-thought-out way in which this novel was adapted, every change made for the screen is worth studying. In many cases, each brings the message of the book across in ways that strictly following the novel may not have achieved. And isn’t that what we all want from an adaptation?

Over the next few weeks, I’ll be taking you through every single Looking for Alaska episode and unpacking the differences between the novel and the miniseries, so we can see exactly which of the adaptation choices were excellent — and which moments were better in the book.

Every episode of Looking for Alaska is named after someone’s last words, except for the first. Episode 1 is titled “Famous Last Words.” 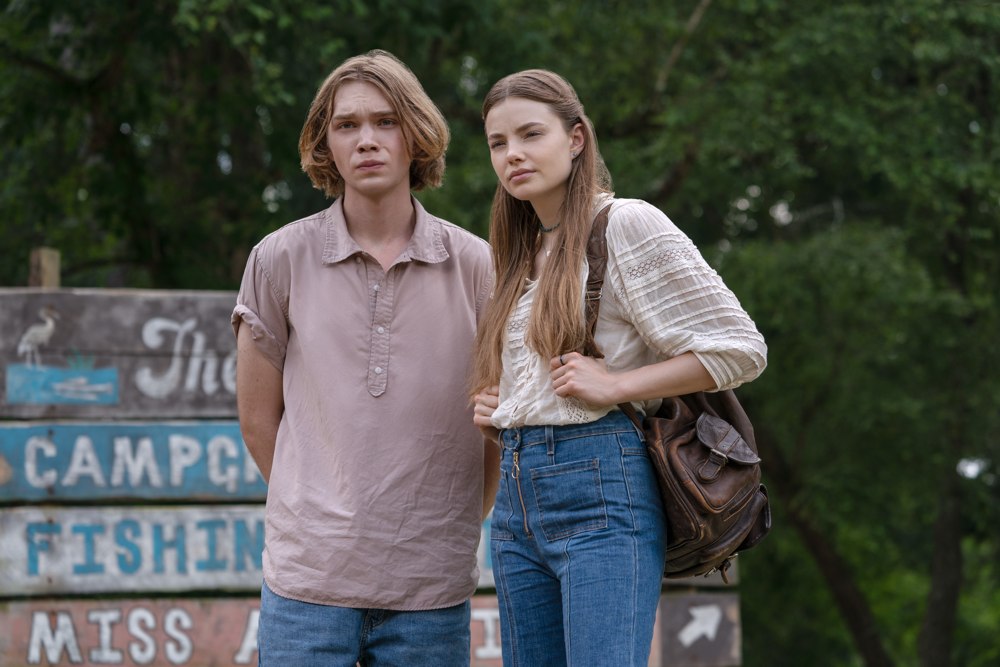 We start Looking for Alaska episode 1 at the very end of the story, with a montage of the car crash and Miles’ narration over it, as he explains his fascination with last words and the role “a Great Perhaps” had on his decisions. While we don’t really come back to this montage later on, it sets a tone… and every episode of the series ends with a very ominous “[number of days] before.”

It’s an interesting choice to acknowledge the crash at the very start of the show. Readers of the novel, of course, already know what will happen, and we might tear up appropriately, and non-readers will be intrigued by how the crash connects to the rest of the story.

I think this was an excellent choice when adapting the book, with its clearly defined “before” and “after” into a miniseries where the reader might forget that’s a thing. I kind of wish Miles’ voice was a little more suited for narration… but I guess it’s hard to make narration about somber things sound captivating.

From the very start, we know that Miles likes last words and that he’s seeking a Great Perhaps. We then learn that he’s from Orlando, and that no one has come to his birthday party. The miniseries cuts out Marie and Will and their extremely awkward conversation, and understandably so — they never show up again in the story, and we get to speed up the “Is this why you want to leave?” from Miles’ mother. The conversation that follows is basically the novel word-for-word (although we do get an added awkward conversation about STDs from Miles’ parents).

Still, I was kind of attached to that most awkward of birthday parties, because it’s such an iconic, terrible time. But it was a good choice. 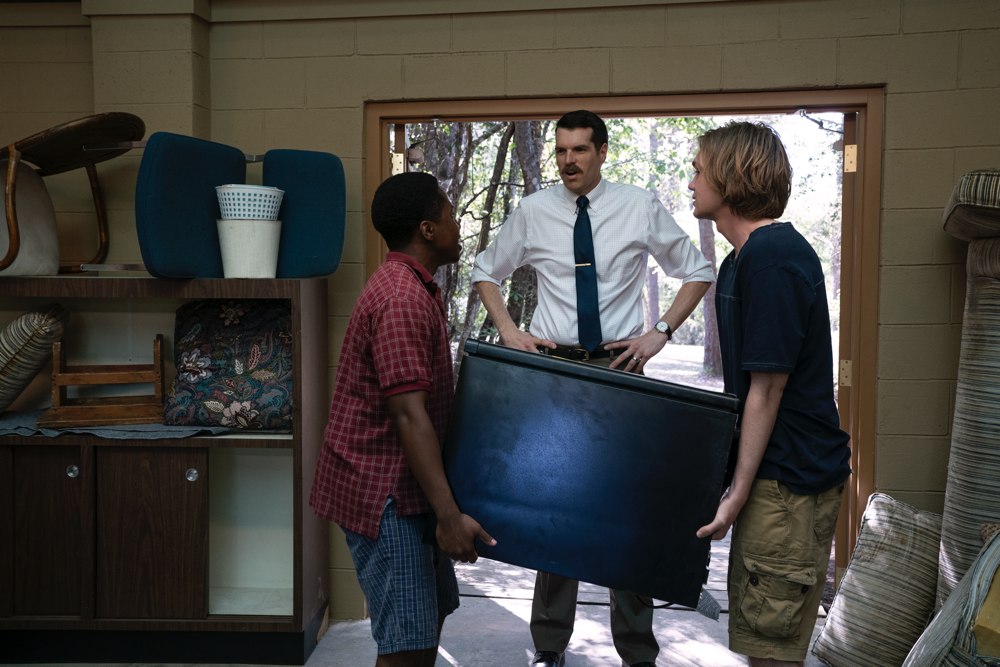 On-screen Miles is much like book Miles but without the narration in his point of view that we had in the book, we see him much as Alaska sees him. He’s quiet, lanky, and awkward. He’s nice, but doesn’t quite captivate the room in the way the Colonel or even Takumi do. It’s harder to see this in the book, where we’re hampered by our insight into Miles’ inner life.

In my Looking for Alaska review, I spoke about how this show tends to prefer wide shots to close-ups, especially in the first episodes. This choice mystifies me. I think they would have benefited greatly from following Miles’ POV, focusing on his expressions and seeing other characters from his point of view.

Instead, it often feels like the audience is a third member of the group standing just a little too far from the characters for it to feel normal.

An example of this is the moment in which Miles meets the Eagle for the first time. We see the Eagle from the side, as he looks down at Miles, or in a wide shot — as Miles and the Colonel struggle with their fridge — but never head-on, the way Miles himself sees the Eagle.

As a result, we miss out on feeling intimidated by the Eagle, or comprehending the weight of authority he has over the kids. Instead, we giggle about the fridge, and he ends up looking more socially awkward than anything.

(And also, the colors of the set and the characters’ clothes are so unbelievably dull! But it’s realistic, I guess, and this isn’t Riverdale, so I can live with it.)

Because of these choices, the show needs to fill in the gaps caused by Miles’ occasional dullness with other people’s point of views. Which brings us to: 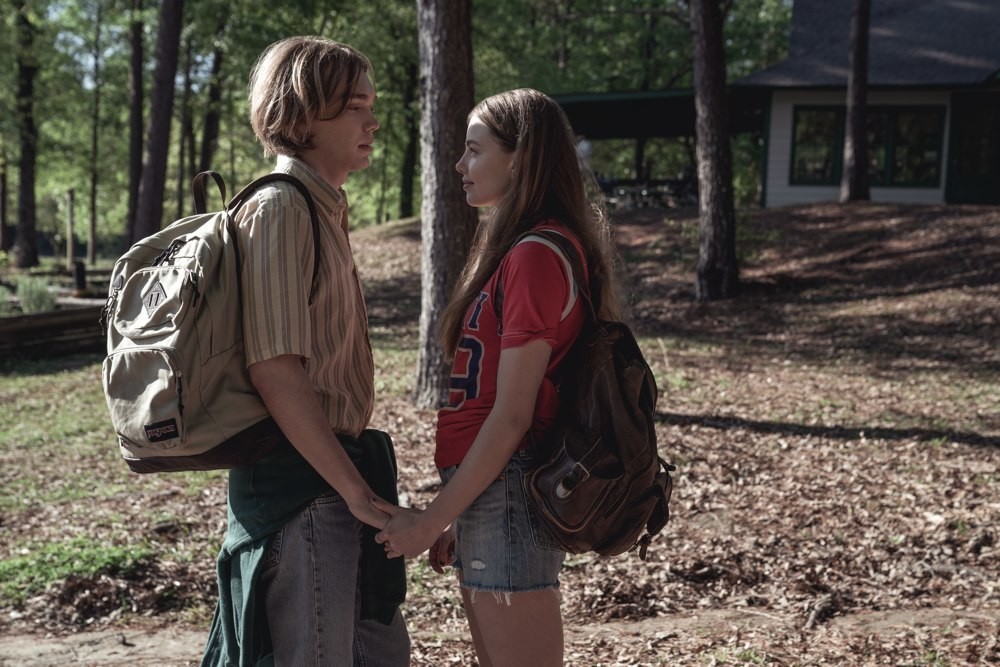 We meet Alaska long before Miles does, and learn a lot about her immediately that we only discover slowly over the course of the novel. Alaska has a bad family situation, she drinks a lot, she’s constantly up to no good, and she has a motherly streak… but also dangerous one.

This Alaska isn’t so much mysterious as she is sad. She’s less of a manic pixie dream girl and more of a case study. At first, this upset me, because it’s a decidedly different take — but do we really need more manic pixie dream girls? Maybe Alaska deserves to be depicted complexly, with all her strengths and her flaws, without Miles’ rose-colored glasses getting in the way.

Back when casting announcements happened, there was a lot of discussion among fans about whether Kristine Froseth really looks like book!Alaska. She’s more willowy and model-like than “curvy” (as the novel described) and some people took issue with that. But I didn’t even think about that while watching — especially once she had on the electric blue nail polish (over which John Green himself adorably lost it in a recent video!).

She is Alaska. Or at least, she is the facet of Alaska that the miniseries chooses to focus on.

Through Alaska, we meet Paul and Marya, and learn of their plans to have sex together. We see Alaska get caught by the Eagle, and then we see the couple get caught doing the Trifecta. While we don’t really get how both things connect to each other, this becomes a major part of the story in a way it never was in the book.

In the novel, the Trifecta happens the year before Miles arrives, and he only hears about it from Takumi and the Colonel. But here, Miles witnesses the fallout first-hand, which dramatically raises the stakes — and puts Alaska in a very interesting position.

Alaska loses a lot of the mystery that surrounds her in the book, but that doesn’t make her any less interesting. This Looking for Alaska finds its own angle on her, and commits to it. For example, while in the book’s “When you’re walking at night, do you ever get creeped out?” scene, Alaska drags Miles along with her as they run, while in the show, she runs away without him, leaving him behind.

This version feels like much more of a statement about who Alaska is. 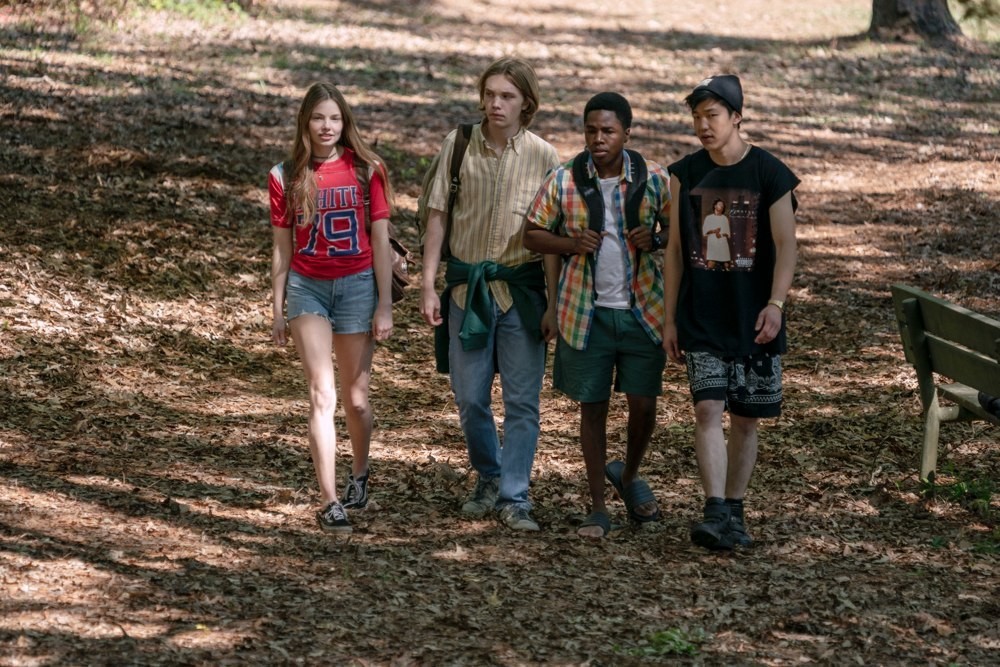 These are impossible to structure thematically, so here they are, as a numerical list in no particular order:

This first episode ends much like a movie might, with a montage and emotional music — although at this point it’s kind of hard to understand why Miles’ sometimes overdramatic friend group constitutes his “Great Perhaps.” But considering that he’s never had friends before, maybe that makes a little more sense. And the ominous “before” right before the credits roll makes sure that you’ll keep watching.

Looking for Alaska is off to a great start, and I can’t wait to get to the rest of it!