In Hulu’s Looking for Alaska episode 3, Alaska’s truth is revealed and Lara is an absolute boss (who goes deeply unappreciated).

Episode 1 and episode 2 of Looking for Alaska served mostly to set things up for the audience. In episode 3, everyone confronts some uncomfortable truths that will deeply alter the course of the story.

For the most part, this episode is very loyal to the book, with a few additions to flesh things out, and they are great additions! The order of events, however, is somewhat jumbled to fit the miniseries’ arc… because of course, every episode needs and end and a beginning. 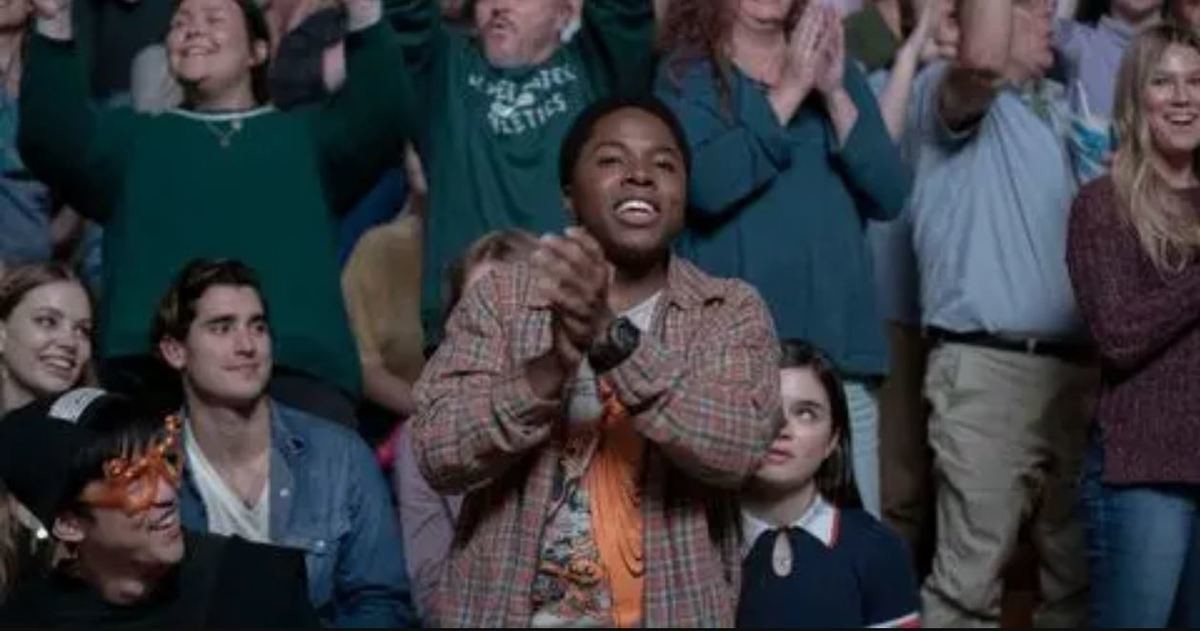 Lara, Miles and the Concussion

And now, one of the funniest parts of Looking for Alaska episode 3: the sports. The Colonel leads the crowd in increasingly more disruptive chants, throwing in some cartwheels for the heck of it, and it’s only made funnier when you realize that the Eagle is 100% in on it.

But besides the fun, Takumi gets more information from a source. And now that he knows the truth, he can’t un-know it.

All Miles is concerned with is Alaska’s fixation on getting him together with Lara. After all, that was their deal, right? But Miles is too obsessed with Alaska to think of anything else: he lets Alaska practically drag him to ask Lara out, and looks like he doesn’t want to do it. He then spends his pre-date “makeover” half-naked in Alaska’s room. And at the date itself, he acts aloof — sitting with Alaska instead of Lara, following Alaska’s bad judgement.

Alaska knows exactly what she’s doing. It would be impossible not to. She’s with Jake (who we see much more of in the miniseries than in the novel!), and wants Miles to be with Lara, but she spends an inordinate amount of time staring deeply into Miles’ eyes and stroking his chest as she goes to iron his shirt. Something is going on.

But Miles doesn’t have time to figure it out. Between Jake and the Beast hitting him on the head with the ball, he’s got plenty on his plate already. Charlie Plummer has his best moment yet during the concussion, repeating “I am concussed” over and over again.

All Miles’ friends just leave him behind, concussed, and Lara — although she barely even knows Miles, and this is supposed to be their first date! — is left in charge of taking him to the hospital. At least in the books, Takumi stays with them!

But thankfully for Miles, Lara is A BOSS in Looking for Alaska episode 3 and she has A LIMO and she’s THE ACTUAL BEST. The show really puts effort into making her a well-rounded character, as Miles finally asks her questions about herself. We learn a lot more about her immigration story, her family, and her strengths. And you realize that Lara is really a genuinely awesome person. This really helps the Lara of the miniseries feel more than a means for Miles to get experience: instead, she’s a character in her own right, even if she’s a bit secondary to everyone else. 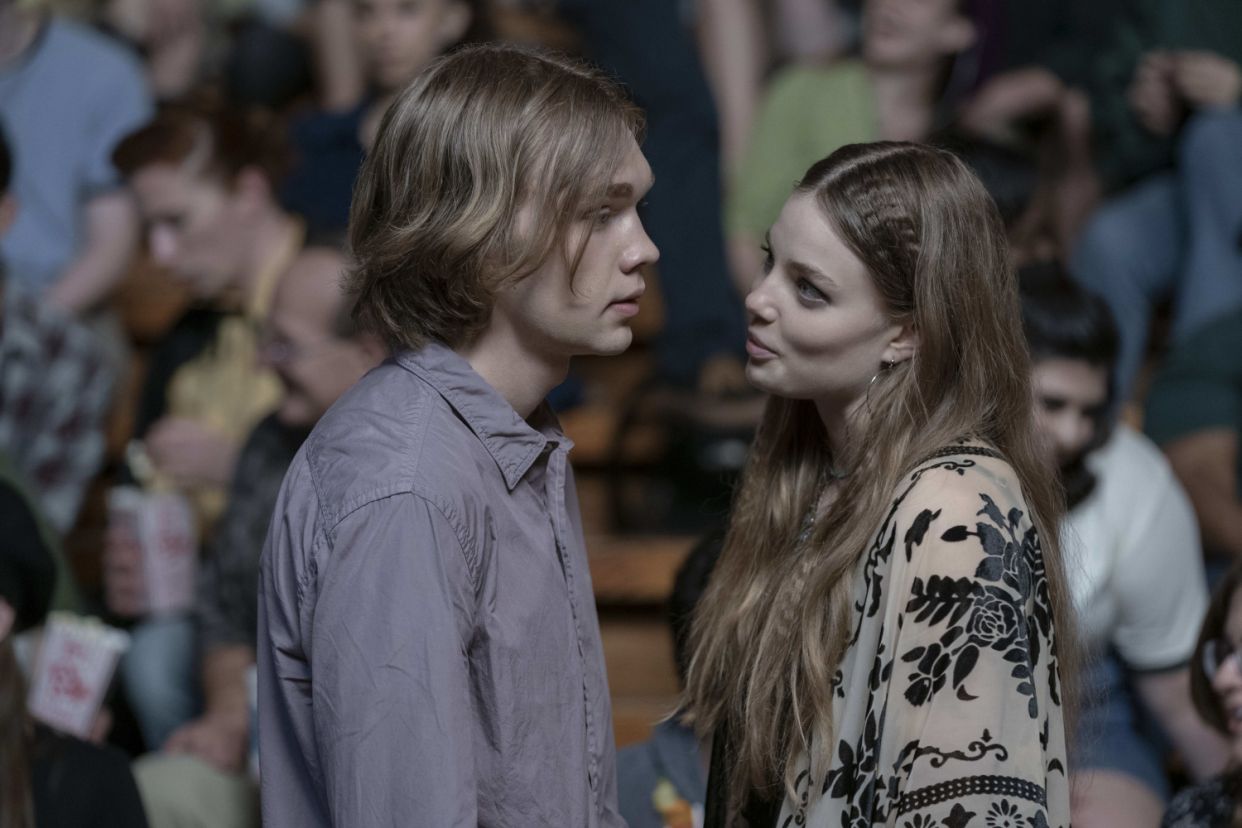 Alaska is a rat

In the meantime, Alaska runs to talk to Marya — and gets accused of being a rat in front of everyone. For a first-time Looking for Alaska viewer, this might be the moment when all of it comes together: Alaska hiding the alcohol in the forest, Alaska overcompensating by calling out to Marya so loudly, the Colonel insisting that it wasn’t him…

While Miles goes to the hospital for his concussion, the Colonel storms off and Alaska flees the scene with Jake. Getting to know Jake a little more really makes Alaska seem annoying, even when he isn’t annoyed by her, because there’s nothing a college student wants less than to be involved in high school drama. This is yet another way in which the miniseries breaks the illusion of Alaska’s perfection early on.

It also helps that in this version of events, the Colonel and Sara’s breakup doesn’t happen out of some stupid accusation that Alaska and the Colonel hooked up: it’s based on Sara’s very accurate perception that the Colonel (in many ways just like Miles) idolizes Alaska and refuses to see her as a real human being with flaws. While Sara’s take on this is “you never pick me,” she’s ultimately right — which makes the breakup hurt a lot more than it did in the book. 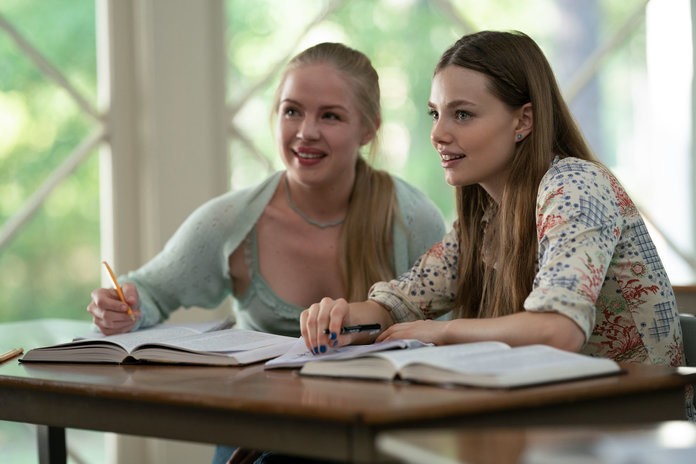 On the way home from the hospital, Lara proposes that Miles sleep in her bed that night… so she can “look after him.” Lara is clearly a feminist icon.

Miles, meanwhile, asks “But where would you sleep?” and then tries to pretend it was a joke. Oh, sweetie.

Miles blunders considerably more here than in the book, not because on-screen Miles is any stupider, but because the show gives him a greater variety of opportunities to showcase his bad judgement when it comes to Lara. When they find Alaska on the way back, right after promising to sleep together, Miles’ brain short-circuits in a way that has nothing to do with his concussion.

Does Miles ask Lara if he can invite Alaska in? No, he basically yells at her to stop the car. Does he talk to Alaska from the window, like a normal boy? No, he runs out. Alaska does the Alaska thing to do and gets in the car. Lara is clearly not too happy about this, especially when they’re almost forced to lie to the Eagle on Alaska’s behalf, but she’s too nice to say anything.

Does Miles let Alaska go with the Eagle and himself get to some good R&R in Lara’s bed? No. Instead, he obsesses about Alaska out loud, and runs off to… help her… somehow? Leaving Lara behind. AFTER EVERYTHING SHE’S DONE FOR HIM.

I’m not saying that Miles owes Lara a romantic relationship just because she helped him, but from Lara’s point of view, he pursued her. At the very least, Miles should have spoken to her like she matters… not run off rambling about some other girl. 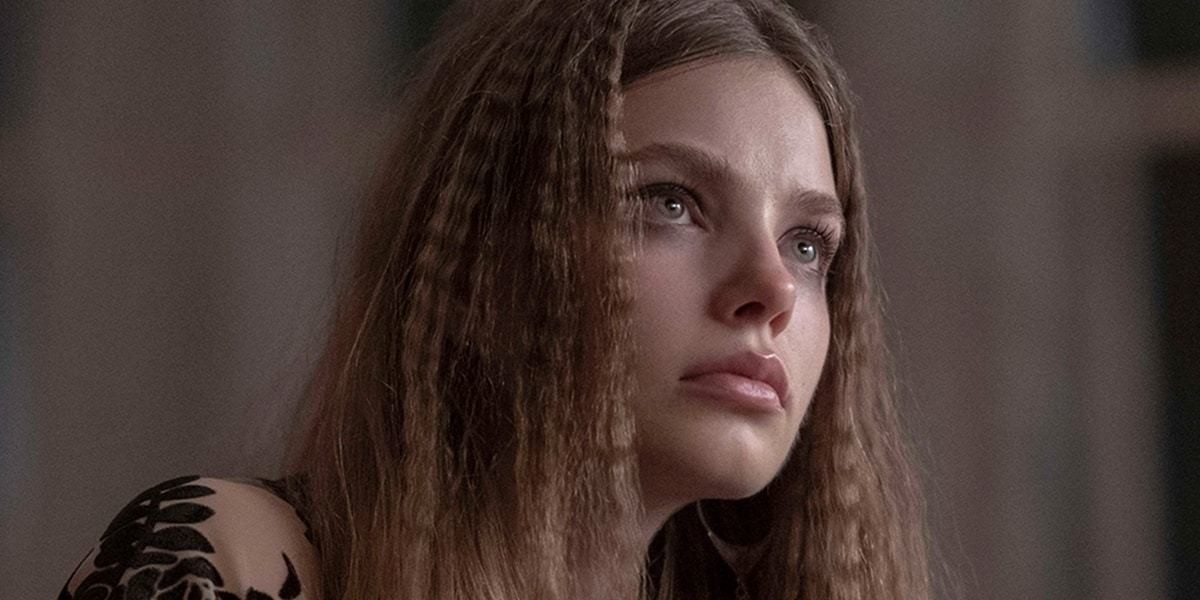 One of the most unique scenes of the miniseries is when Alaska goes to the Eagle’s house to speak to him. In the book, we don’t get to see Alaska at her most vulnerable like this, especially not with someone older and wiser. Here, we see Alaska on the verge of tears, begging the Eagle to somehow get her out of the situation, referencing her father — giving us a glimpse at things that Miles only learns closer to the end of the book, when it’s all already “after.”

The Eagle gives her tough love, and he’s right to do so. He confronts Alaska with the choices she’s made. “I suggest you learn to live here,” he says. “There are worse things in life than being called a rat.”

He’s right, but of course Alaska doesn’t see it like that. Especially not when she sees that someone has spray-painted “RAT” on her door. It would probably only further break her heart to learn it was the Colonel. 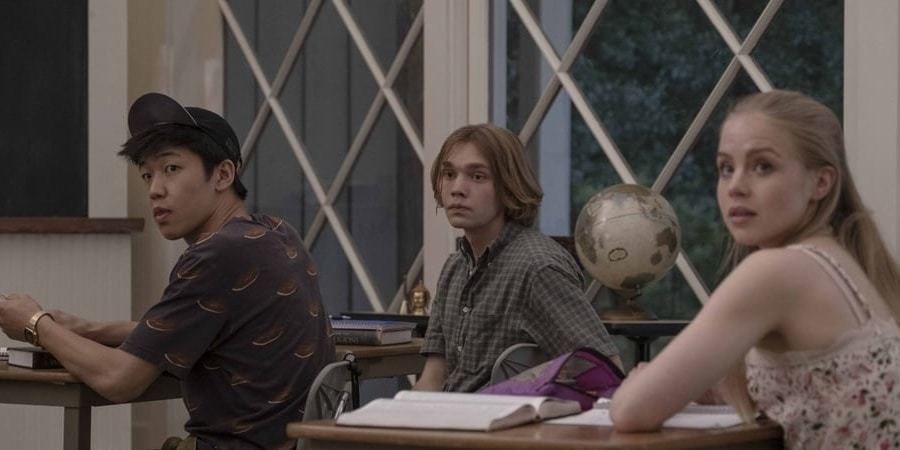 Looking for Alaska episode 3 hit me hard. We’ve reached one of the many emotional climaxes of the show, with Alaska’s betrayal finally exposed to everyone, the Colonel’s relationship over, and Miles’ terrible lack of emotional wisdom.

In the next episodes, we deal with the fallout — but for now, maybe take a break and go appreciate someone you love, instead of leaving them standing next to a limo in the dark.