On paper, Maleficent: Mistress of Evil is everything I wanted in a sequel to the 2014 film. On screen, it’s mostly what I wanted, but it left me wondering what might have been.

There are certain givens when you have a movie starring Angelina Jolie and Michelle Pfeiffer: great performances, plenty of joyful scenery-chewing, face-offs, and emotional twists you didn’t see coming. Maleficent: Mistress of Evil delivered on those counts. 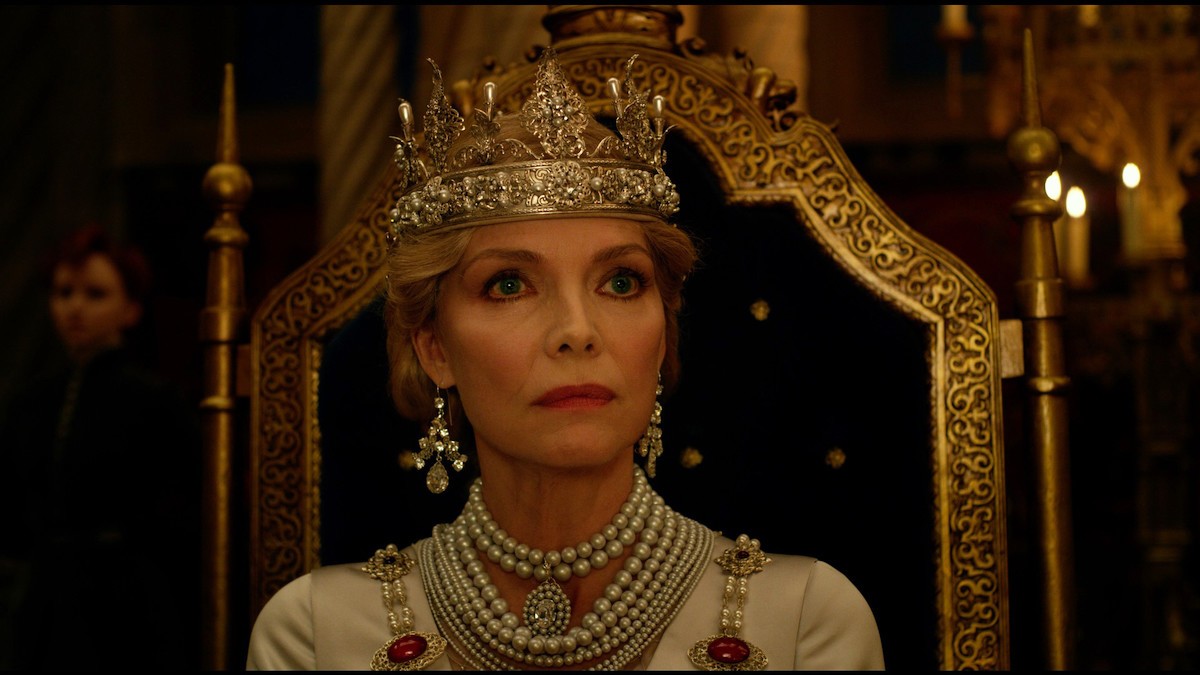 The scenes between Jolie and Pfeiffer are glorious to watch. They drip with power struggles and unspoken contempt until they explode, and then each actress levels up to really bring her A-game. There’s a dinner scene where the two of them are so delicious, you basically forget anyone else is at the table.

As Queen Ingrith, Pfeiffer is head-to-toe regal evil cloaked in a smile. I’m just going to tell you now: You’ll get that sense that something’s hinky, and you’re right. Lucky for us, Pfeiffer’s allowed to play a wicked stepmother-to-be to the hilt.

Jolie gets the chance to dive even deeper into the more emotional and fae side of Maleficent, while also expanding on her more imperious and HBIC energy. We also get to see more of her relationship with Aurora and explore the dynamic between them in more depth. 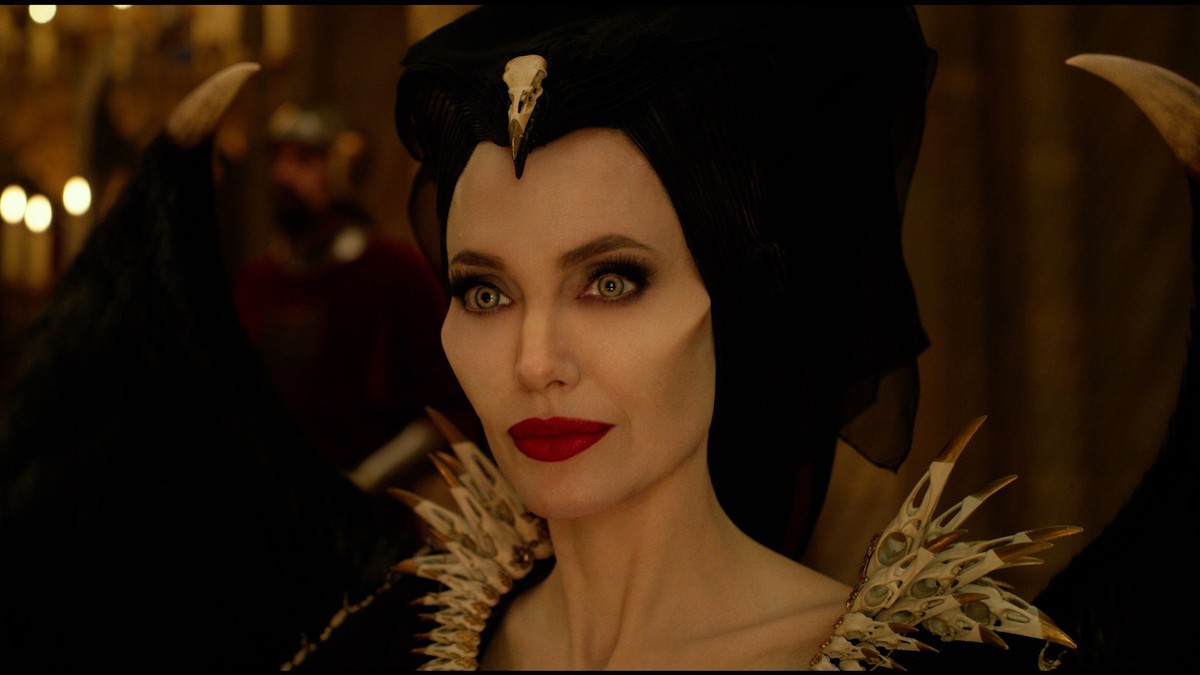 The performances are what make this film work all the way around. Sam Riley is back as Maleficent’s human/raven servant Diaval, with more to do this time around. Chiwetel Ejiofor feels criminally underused as Dark Fae Connall, but I’ll admit to being someone who’s convinced more Chiwetel Ejiofor is never a bad thing.

Ed Skrein turned out to be a surprise for me as Dark Fae Borra — let’s just say there’s a nice growly sexy undercurrent going on here. The most interesting character for my money was Ingrith’s personal servant Gerda, played by Jenn Murray (Fantastic Beasts, Brooklyn). She doesn’t say much, but she’s really interesting to watch, so keep an eye out.

I’d like to say that I thought Elle Fanning was great, but I found her mostly okay. I think it has less to do with Fanning herself, and more to do with a story that continually places Aurora at the effect of other people’s actions and decisions. Aurora’s a smart girl, but it takes her forever to figure out what’s going on.

Likewise, Harris Dickenson’s Prince Phillip is fine but neither one really gets to pop. If I’m being honest, the film could have removed both of them and been fine, so I imagine that’s telling.

Where the film stumbled for me is the story. Maleficent: Mistress of Evil can’t decide if it wants to be a hero story, a lore story, a fantasy story, or a war story. 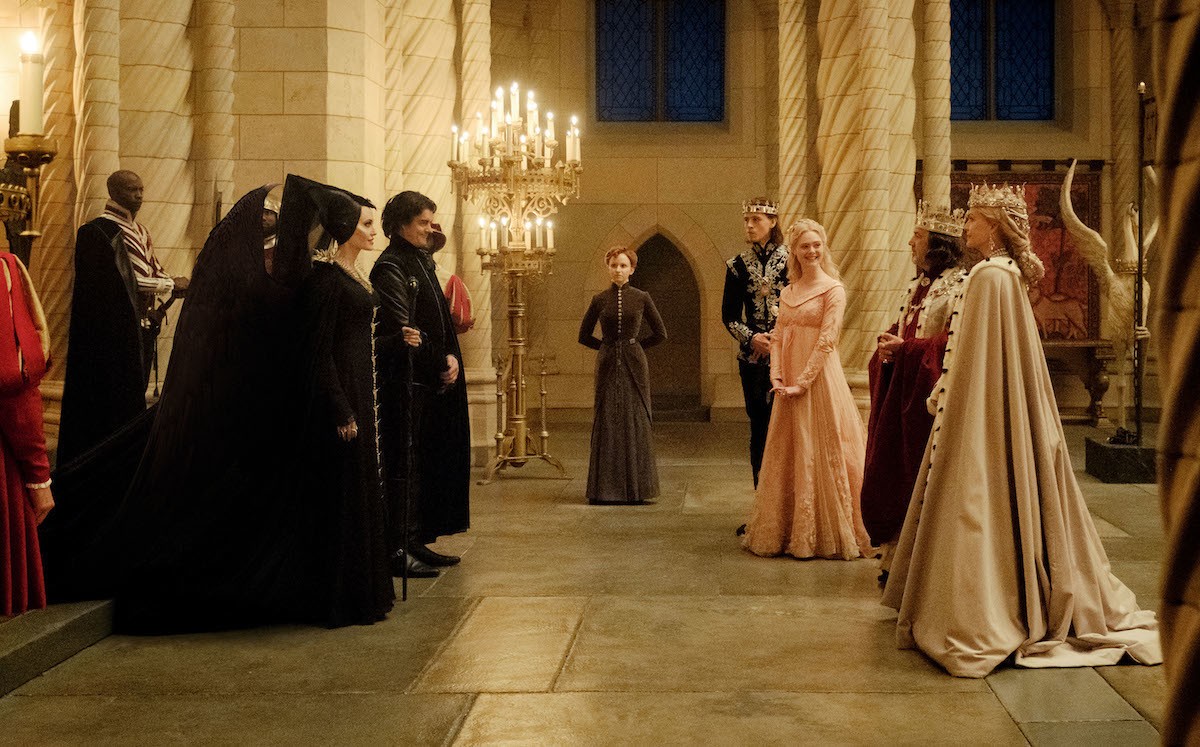 There’s a clear battle between Ingrith and Maleficent for the heart of Aurora. There’s a bigger fight between good and evil. There’s a great big battle. Then, in the middle of this, there’s a side story in which Maleficent discovers more about the Dark Fae and her own past.

It’s this detour that feels both the most intriguing and the most ignored. Maleficent: Mistress of Evil created something really interesting in the Fae story (none of which I can really discuss without spoiling it, so I’m dancing around it), and then truncated it for the sake of time because it had to make room for a battle sequence that, frankly, feels like it went on and on.

Don’t get me wrong. I love a good battle, but this fight is basically a lot of action and explosions and special effects coupled with a rescue mission, and it felt LONG. Good battles are a delight to watch. This one…didn’t delight me.

The film is stunning to look at. There are scenes in which Angelina Jolie is shot in such a way as to look positively radiant. Breathtaking isn’t a hyperbole here. The costumes are incredible, especially Michelle Pfeiffer’s. The Moors and the faeries that inhabit them are a delightful riot of color and cuteness. There’s also a hedgehog that you’ll fall in love with (and who’s crafted in a way that made me hope the Sonic folks take notes).

The best way to watch Maleficent: Mistress of Evil is with no expectations. Enjoy the look of it. Relish the delicious evil. Get swept up in the emotion, don’t think too hard, and you’ll be fine. Enjoy Ed Skrein shirtless, marvel at Angelina’s beauty, and it’s all good.

Just don’t ask the movie to be more than it is and avoid wondering what it might have been. That’s the one sticking point. I’m fairly sure most people can easily do that — I’m just that girl who saw a world she wanted to know more about and wishes Maleficent: Mistress of Evil had decided to explore the Dark Fae in more detail. That feels like a missed opportunity.