Marriage Story, the great new film from Noah Baumbach, starts with a pair of letters read over montages of what the letters describe.

In the first, Charlie (played with penetrating frankness by Adam Driver) details, “What I love about Nicole,” and in the next, Nicole (Scarlett Johannson) details what she loves about Charlie. They are lovely montages that distill the best moments of their marriage into a brief few minutes.

Then, there is a turn: in the first of many unexpected reversals and surprises of the film, the audience learns that Charlie and Nicole are in a meeting with a mediator and the letters were an exercise he assigns new clients at the beginning of the process so that they might start from a place remembering why they were married in the first place. Nicole feels stupid about hers, though, so she refuses to read it aloud, and she leaves the meeting.

There is a sort of melodic rhythm to the narrative of Marriage Story and the opening pair of montages followed by its twist function in the same way as an opening number of a musical. The movie works best when it leans into its musicality, whether through underscoring, letting a character monologue, or with a literal musical number. There are moments of pure emotion followed often by a cold slap in the face of reality.

The way scenes build and progress strikingly resemble the way numbers function in musicals. Early in Marriage Story, Nicole and their son, Henry, are staying in Los Angeles while she films a television pilot; Charlie comes to visit, and before he arrives, Nicole explains to her sister Cassie (a perfectly cast Merritt Wever) how to serve the divorce papers to him.

When Charlie arrives, the serving of the papers obviously goes awry in a hilarious sequence—but it’s not just good writing, it is writing that has a specific symphonic quality, there is a rise and fall to the scene that feels uniquely and specifically musical.

The end of this sequence provides another reversal, wherein Nicole asks Charlie where he’s staying that night, after tucking Henry into bed, after Charlie has spent the whole day at Nicole’s mother’s house. Driver’s expression clearly shows that he had assumed he would stay there. So had I. It is a dull pain, a slight miscommunication, and a reminder that while the two might be on collegial terms right now, they are still in the midst of a divorce.

Another moment that strikes me as particularly musical is the first time Nicole meets with her cutthroat lawyer, Nora Fanshaw (Laura Dern in a glorious supporting role). After they have a standard first meeting, Nora asks Nicole to tell her about her marriage, and Nicole monologues at length about her experience with Charlie. It is a moving and quietly sad speech, a woman expressing her innermost feelings in a profoundly vulnerable way, just like the way the lead in a musical would sing a ballad to express emotions that words would not do justice.

And then, of course, there are the actual musical numbers. Toward the end of Marriage Story there are back to back songs from Stephen Sondheim’s classic musical Company. First, Nicole sings “You Could Drive a Person Crazy” with her mom and sister at a party. Immediately after, Charlie sings the show’s closing number “Being Alive” at a piano bar—a tour deforce emotional and vocal performance from Driver. The songs don’t push the story forward but allows the audience to take a moment and live in the same emotional state as the characters for a beat, in the way that only music can do.

Nicole essentially drove the divorce throughout the film and as such, Charlie was always a step behind, always playing catch up to how she was playing the game. This, as the song says, drove Nicole crazy. Most of the conflict of the narrative comes out of Charlie’s misunderstanding of where Nicole is coming from and where her motives are, forcing her to explain herself with intense frustration.

By singing “You Could Drive a Person Crazy,” an upbeat and playful song, Nicole is able to express where she’s been the entirety of the film but in a tone that releases her from the emotion. It’s the satyr play that follows the tragedy, repeating the themes with the ability to laugh at them.

Charlie’s rendition of “Being Alive” similarly puts the events of the film behind him and lets him have a new beginning—the song is about putting aside who you have been so you can make room to become the person you want to be, which is really where both Charlie and Nicole are by the end of the film. It’s incredibly moving to watch Charlie start the song as a joke, a ham trying to make the room laugh, and slowly realize how personal the lyrics are to his current moment. He sings the climax with all his heart. And just like Bobby in Company, he is ready for a new adventure. 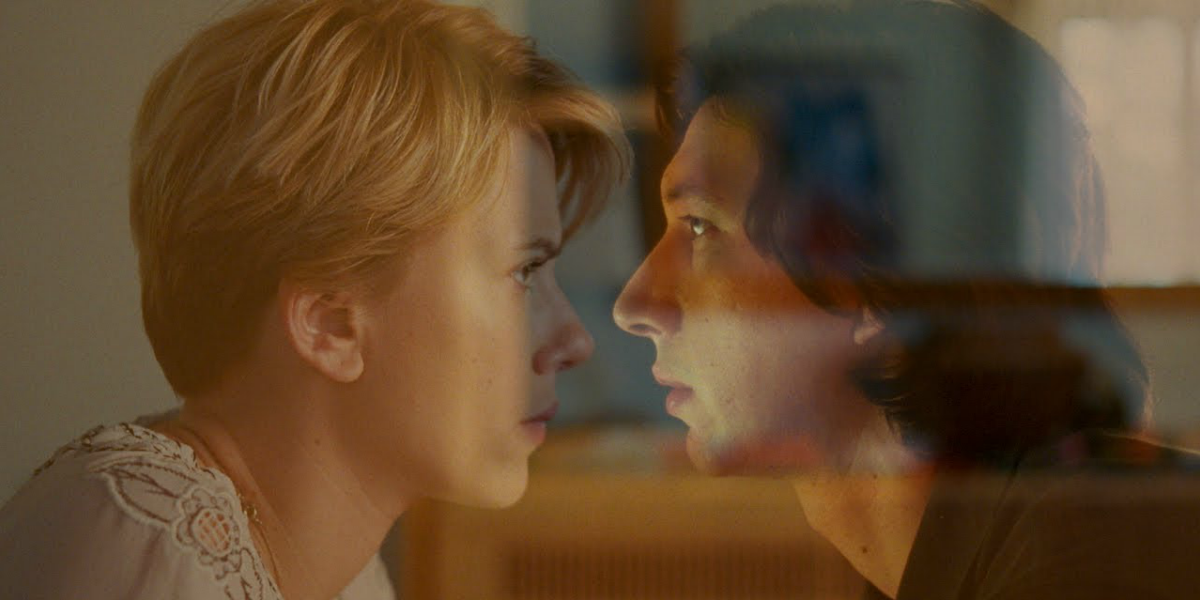 Marriage Story ends with a reprise, another musical trope: Charlie walks in on Henry reading Nicole’s opening “what I love about Charlie” letter. Henry asks Charlie to finish reading the letter to him because it’s too hard (he has just learned to read). We watch as Charlie reads this letter that we have already heard but he has not.

It’s the most powerful moment in the film, to watch Charlie, past the anger and frustration of divorce, able to read this letter and remember what he and Nicole shared together. Nicole overhears them and stops to listen as well, a bittersweet and poignant depiction of how this family will function going forward.

Like so many other moments of the film, it is an emotion exists in a specifically musical way, hearing the same “lyrics” (i.e. the words of the letter) in a new, nostalgic tone. The musical quality of Marriage Story touches a nerve that less rhythmic writing could never, and, frankly, that makes the film sing.