Millennials get blamed left and right for killing one thing or another. But there’s one thing we’ll never be framed for: Killing fandom and pop culture cookbooks.

While cooking and food science have always been relatively popular, it seems like they’re more at the forefront of conversation than ever before.

Perhaps it’s because we’re more health-conscious or thoughtful about what we put in our bodies. Or maybe it’s because we have more refined tastes than our parents. It could also be due to the fact that we like the feeling of accomplishment after cooking for ourselves.

Whatever the reason, our generation seems to be more into cooking, both the action as well as the science and stories behind it, than those that have come before us. Either that, or we now just have the means and technology to diversify the way we think about and interact with our food.

We can listen to podcasts about it, binge watch shows about the process and love of cooking, browse delicious recipes on Pinterest, and enroll in cooking classes (both in person and online).

When we Millennials love something, we try to engage with it in as many ways as we can.

Starting with *that* unofficial Harry Potter cookbook, fandom-related cookbooks have been coming hard and fast. Everything from iZombie to Pokémon to The Walking Dead has gotten its own cookbook full of delicious recipes that remind us all of our favorite movies, TV shows, and books.

But why pop culture cookbooks? Why do we keep coming back to these cookbooks when there’s an internet full of free/ad-supported recipes out there?

Because of what I said before: When we love something, we try to engage with it in as many ways as we can. We’ve exhausted so many avenues of celebrating fandoms, we love that it was only natural for us to turn to food next. After all, fandom and pop culture already nourish our souls, so why not our bodies as well?

There’s a reason the “Take my money!” meme is so popular; we’re more than happy to throw money at and buy things that make us happy and support the things we love.

So, if you’re looking to nourish your body as well as your soul, pick up a pop culture cookbook. Written with love (and perhaps a bit of obsession), they’re sure to satisfy.

And if we Millennials keep the economy going with pop culture cookbook sales alone? Then so be it. 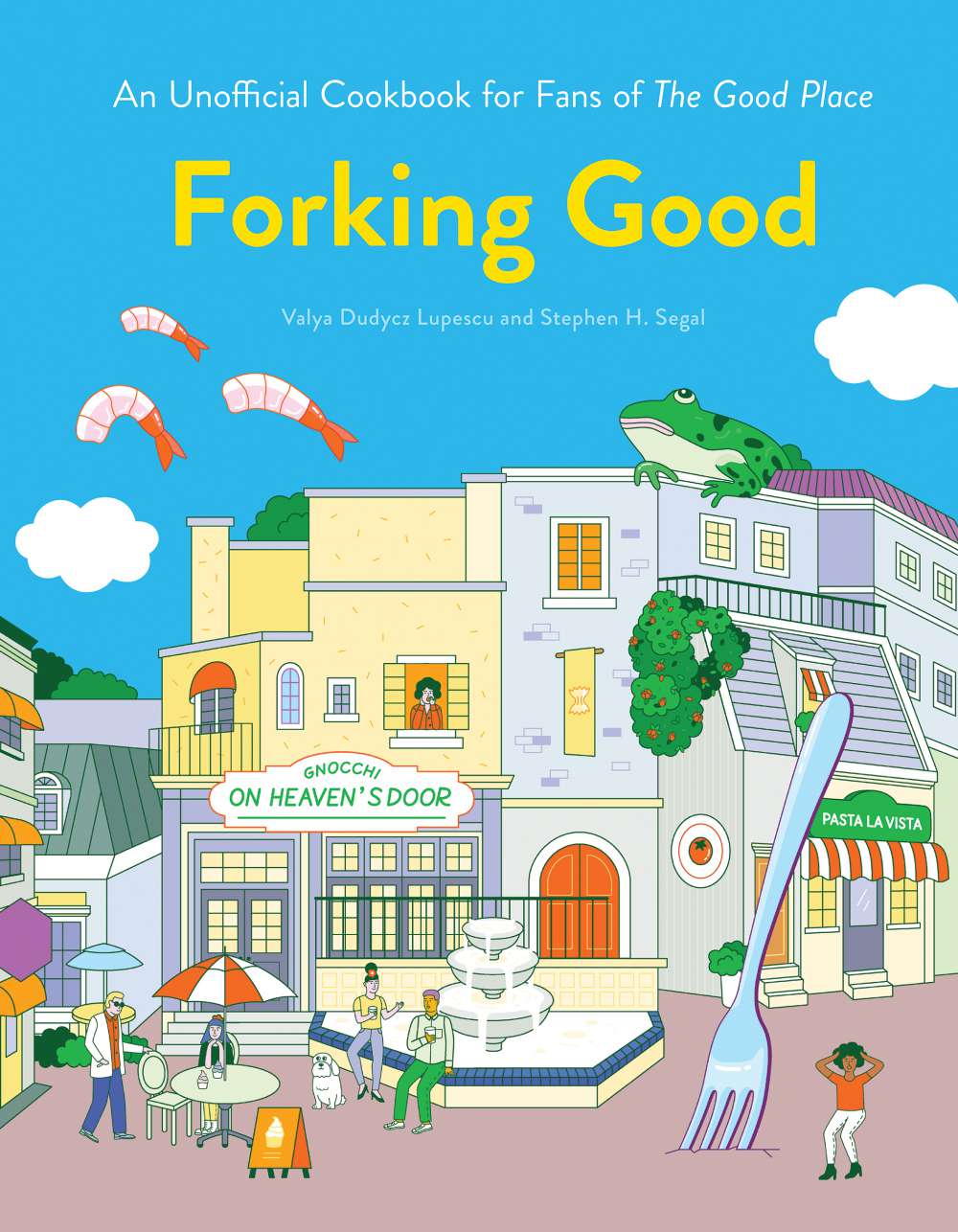 Forking Good is unlike any cookbook you’ve encountered previously. While the book features fun recipes such as “I Kant Believe It’s Not Buttermilk Pancakes” and “I Think Therefore I Clam (Chowder),” the thing that makes it different from other pop culture cookbooks is the way in which it engages with its source material.

Sure, it references fun scenes and moments from The Good Place and every recipe kicks off with a funny, memorable quote from the show, but the book goes beyond the show to discuss and analyze the philosophies that drive the story as well as the characters’ yearnings to better themselves. It’s educational and thoughtful while not feeling like you’re reading a textbook.

And the resulting recipes? Well, they’re absolutely delicious. (Seriously. Try the Dante’s Nine Layers of Torture Bars and tell me they’re not one of the most delicious things that have ever passed your lips.) Fans of The Good Place will absolutely love this cookbook.

‘Supernatural: The Official Cookbook: Burgers, Pies, and Other Bites from the Road’ by Julie Tremaine 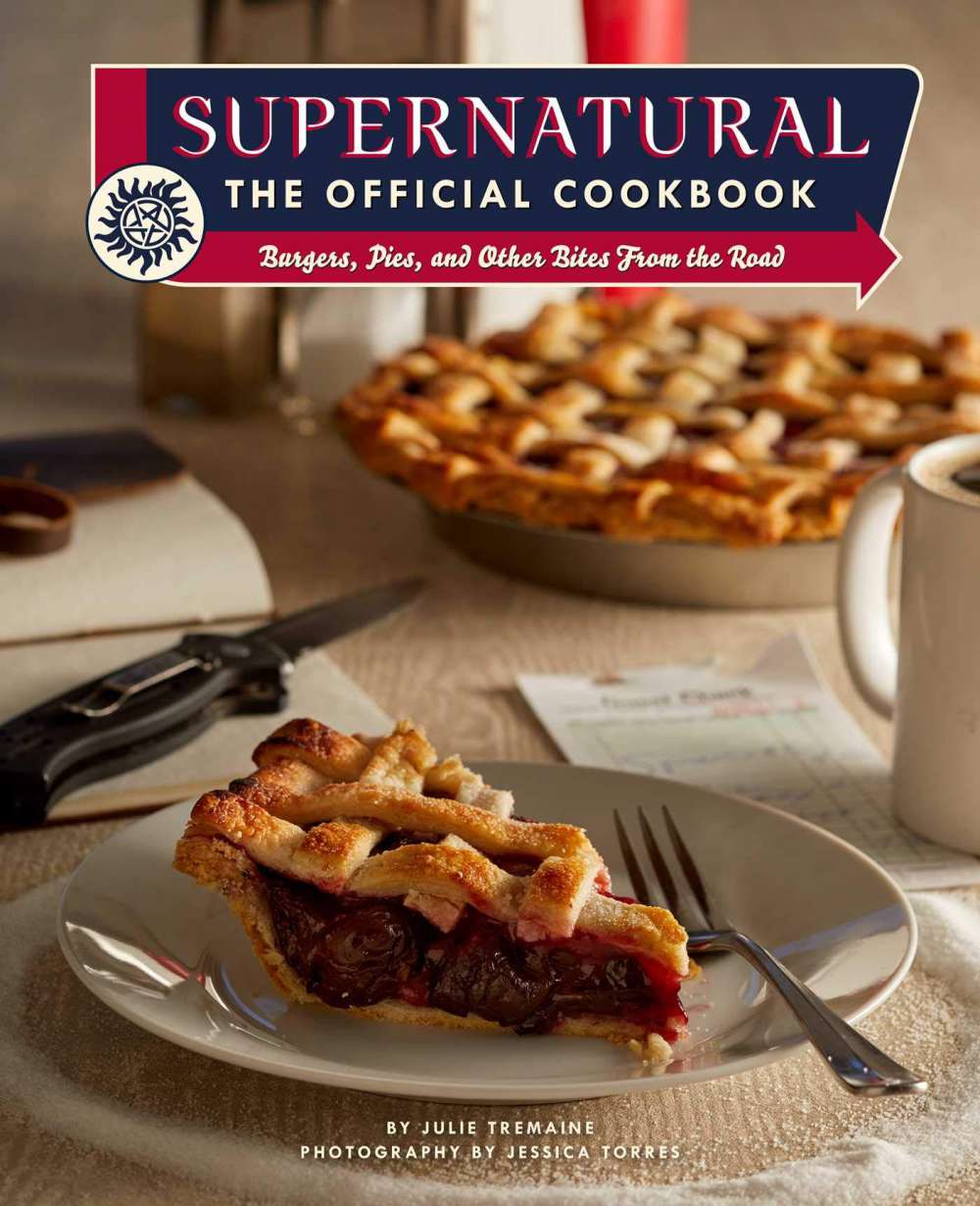 With all of the food that has ever shown up on Supernatural or fallen out of Dean Winchester’s mouth, it was only a matter of time before someone put together a cookbook based on the show. This pop culture cookbook combines everything you love about the show (the humor, the character relationships, and the original Americana road trip premise) with all of the food you could ever think to associate with the Winchesters and their friends (or enemies). The book features more than 50 recipes, ranging from simple dishes to recipes for the more accomplished baker or cook, which means that there’s a little something in there for everyone.

Related: Supernatural: The Official Cookbook review: A feast for fans in more ways than one 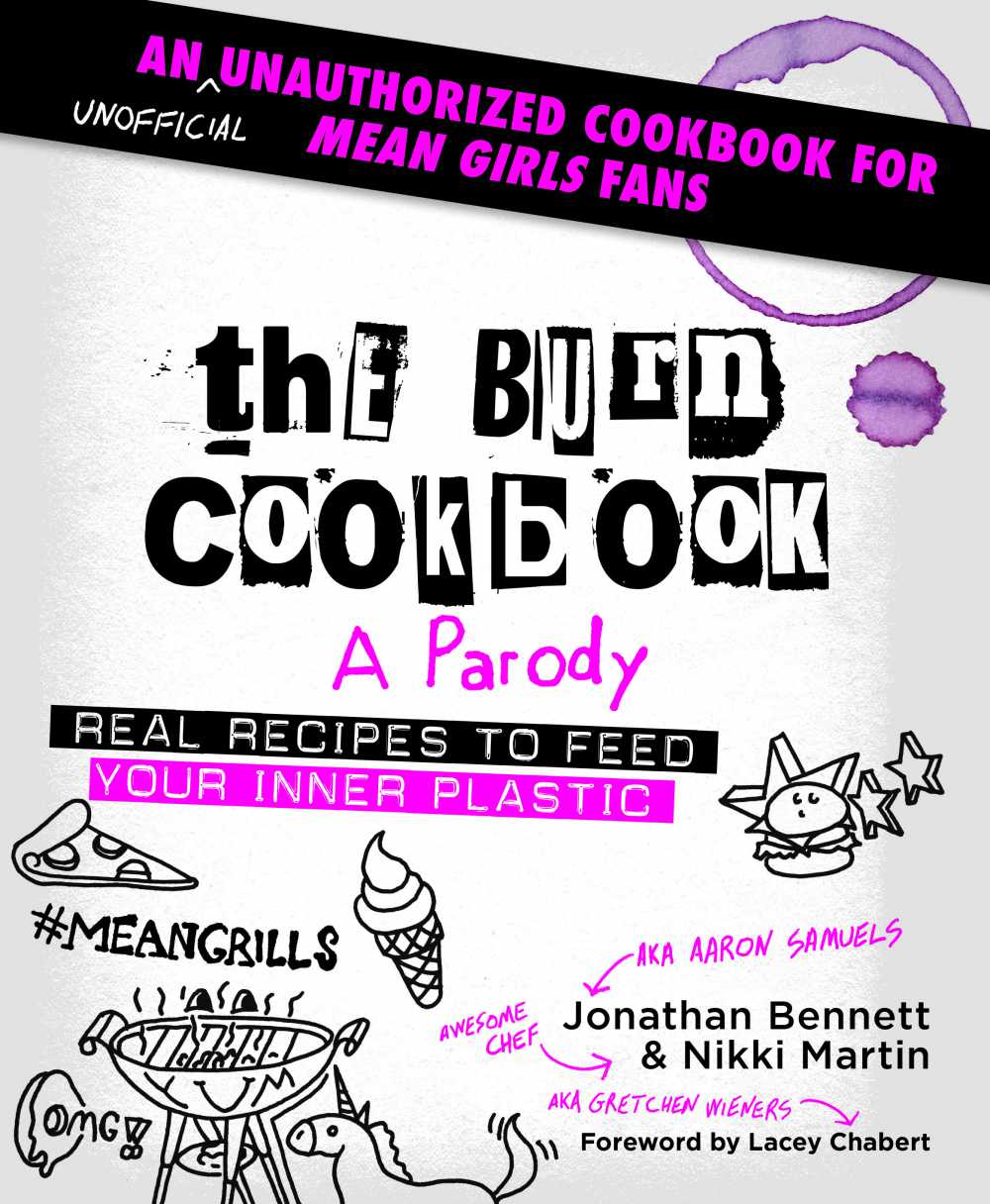 When Aaron Samuels writes a cookbook for Mean Girls fans, you know it’s legit. After all, how many pop culture cookbooks are written by someone actually involved in the gem the fandom was created around? Sure, it may be unauthorized, but with recipes like “Fetch-uccine Alfredo” and “Just Stab Caesar Salad,” it doesn’t even matter. This book is so fetch that it has a little something for everyone, whether you’re looking for a great cocktail or a healthy meal.

‘The Adventurous Eaters Club: Mastering the Art of Family Mealtime’ by Misha Collins 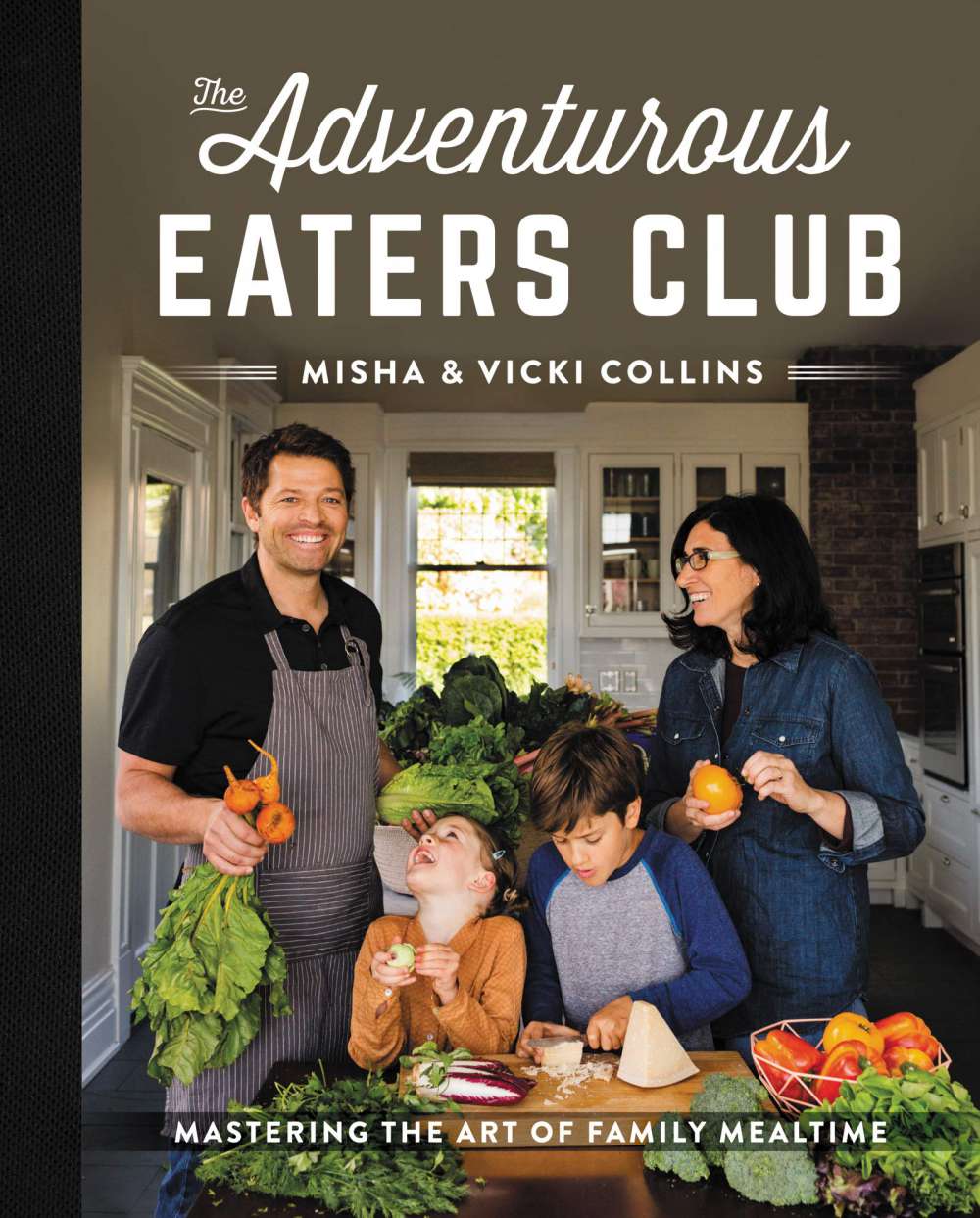 All right, so this is one of those pop culture cookbooks that’s really only fandom-adjacent. But if there’s one fandom that has earned the right to claim all of the fandom-adjacent stuff, it’s Supernatural. Written with love, The Adventurous Eaters Club explores how mealtimes can be playful while also being nutritious. It’s full of funny stories of meals gone wrong as well as family dinners gone right. Though it doesn’t deal in ghosts and demons, it most definitely deals in family, making it a great addition to any Supernatural fan’s kitchen.

‘The Nightmare Before Dinner: Recipes to Die For: The Beetle House Cookbook’ by Zach Neil 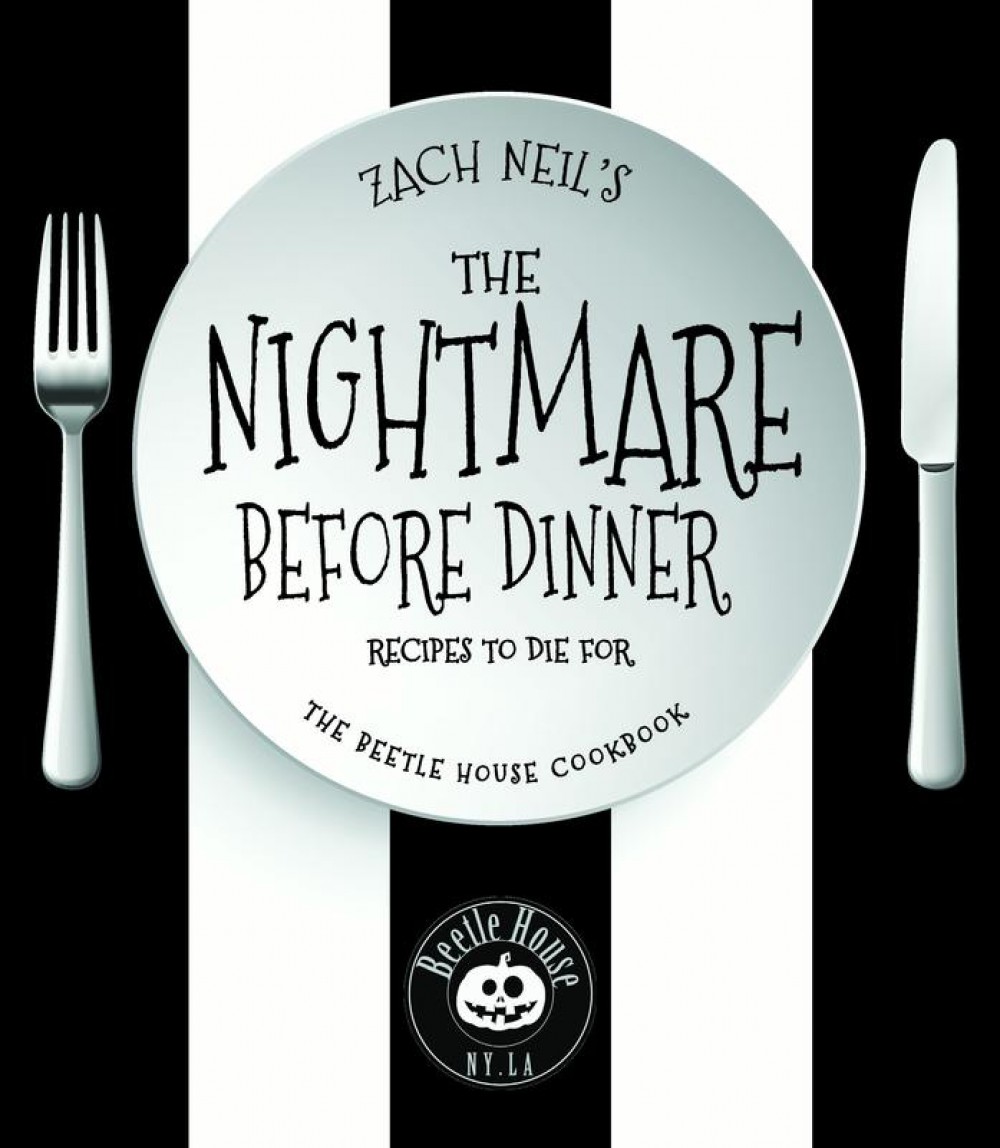 They say you can’t judge a book by its cover, but honestly, when it comes to The Nightmare Before Dinner, judge away because this cover is awesome. It sets the perfect tone for this completely unique set of recipes.

“Giant Peach Salad,” chicken wings with an orange soda glaze, something called “Beetle Jam”… All of the recipes featured in The Nightmare Before Dinner are perfectly weird but completely on-brand for Tim Burton fans. They’re perfect for special occasions like parties and Halloween shindigs as well as movie nights in.

This is one of those pop culture cookbooks you’ll want to put on display and bring up on any and all occasions. 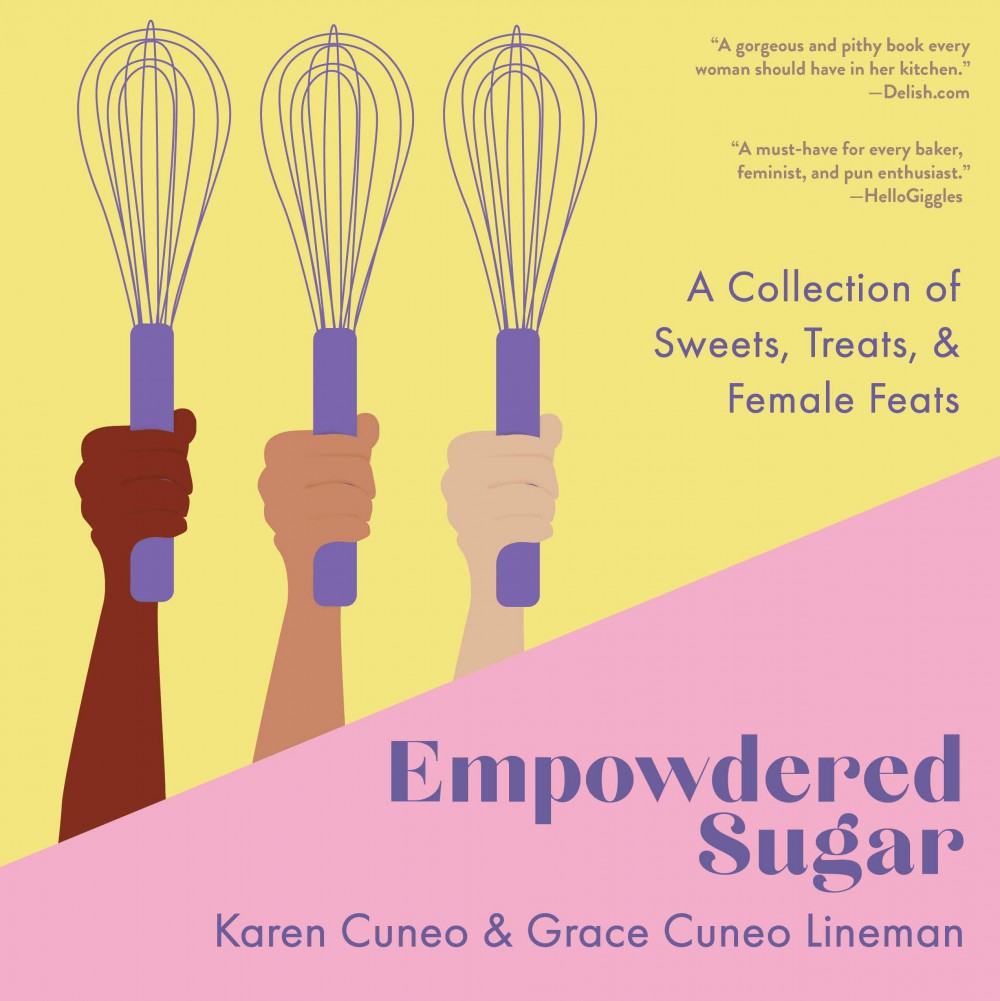 Okay, so real-life women and historical figures aren’t traditional fandom fodder, but they’re no less worthy of a fervent following. Empowdered Sugar is, hands down, one of the most __empowering__ cookbooks you’ll ever read. All of the delicious, sweet treats in this cookbook basically have feminist badassery baked right in. (Get it? “Baked”?) Each recipe profiles a woman with historical or cultural significance, and uses their name or legacy to create a puntastic recipe name. Like Forking Good, the cookbook is entirely illustrated without an actual food photo to be found, but that’s what makes it so charming.