Nancy Drew season 1, episode 6, “The Mystery of Blackwood Lodge,” just finished airing, giving us some answers about the deaths of Tiffany Hudson and Lucy Sable.

The mystery deepens each week, but I feel like Nancy Drew is finally answering some questions. We might not know what happened to either Tiffany or Lucy, but we’re undoubtedly heading in the right direction.

This week, Nancy solved a truly great puzzle, but she may have lost something along the way. She and Nick are on a rocky ledge, and she just can’t seem to open up to him, no matter how much she wants to.

Everyone’s got secrets, but if Bess and Lisbeth can figure out a way to make it work, then surely our titular heroine can, too.

Meanwhile, Lucy is getting bolder and bolder. Right now, she mostly wants to communicate — even if its painful — but what happens if she decides she wants revenge instead?

“The Mystery of the Blackwood Lodge” doesn’t answer this question, but it sure gives us clues to plenty of others.

“What do you do when the dead stop talking to you?”

Nancy wonders this at the top of the episode. She’s at a standstill for the moment because she can’t figure out the connection between Lucy and Ryan. She’s got a video that doesn’t reveal anything, a poem she can’t interpret, and a mystery that needs solving.

Clearly, the best course of action is to break into Ryan Hudson’s house. Again.

There, she finds an invitation to the Velvet Masque, marked with a simple instruction: “Dusk.” Between Karen’s information about Lucy going to a secret underground party and Lucy’s poem being titled “Disappearing in Velvet,” it’s pretty clear this is the next step of Nancy’s journey.

Rumors have circulated about this underground party for decades. When George says they either brand townies or hunt them, I thought we were going to get into something real dark. It’s not like the upper echelon of Horseshoe Bay are innocent by any means, but it turns out the Velvet Masque is closer to a black market auction than a party.

I was only a little disappointed it wasn’t something much deadlier.

Nick and Nancy’s main target right now is the mysterious (and very handsome) Owen Marvin. I love how Nancy thinks it’s sexy when Nick spies, and I also love how uncomfortable he is with the idea. He’s not very good at it either.

And though Nancy is better at keeping to the shadows, she’s pretty direct when it comes to Owen. She wants to know what the Velvet Masque is and how to get in. Owen, on the other hand, asks Nancy out for dinner. Neither one of them gets what they want, which leads Nancy directly to…Ryan!? 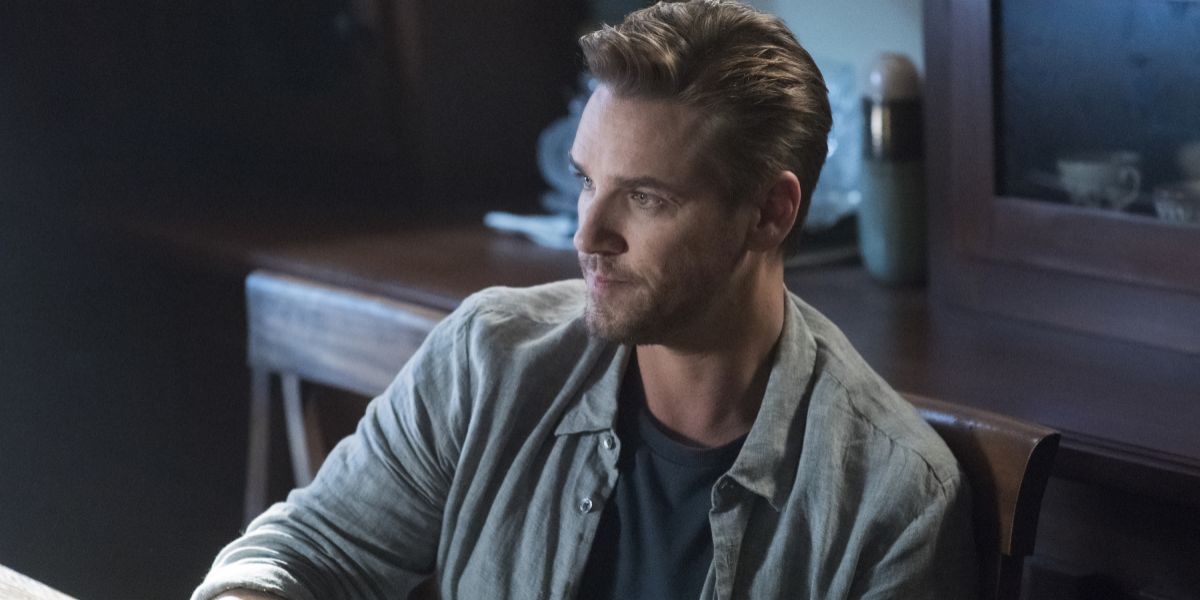 The reason why Ryan wasn’t in his house was because he was in a hotel. The younger Mr. Hudson thinks someone is trying to kill him. It’s not exactly out of the realm of possibility either, as he does owe a lot of money to some very important people. Even worse, since he was caught kissing George at the dedication ceremony for Tiffany’s foundation, his father cut him off.

Thankfully, the two come to an agreement. Nancy will steal a set of ancient Roman coins so Ryan can auction them off at the Velvet Masque, but only if he takes her as his plus-one. It seems like a genius plan, except for the part where both George and Nick don’t approve.

Neither one of them like Ryan (and rightly so), and both of them are having trouble trusting Nancy has her head in the right place. Both George and Nick want to solve Tiffany’s murder for their own personal reasons, and it seems like Nancy can only think about Lucy Sable. While they let Nancy go her own way, the two of them take matters into their own hands.

They trick one of Victoria’s suitors into visiting them at The Claw, where they have him take a look at the shipping manifest that documents the coins. It turns out it’s for a ship called the Bonnie Scot, which sank 18 years ago. It was carrying priceless antiquities, including those Roman burial coins.

George and Nick pretty quickly figure out the Hudsons did something shady with the Bonnie Scot. On the easy end of the spectrum, they committed insurance fraud. On the other end? They could be implemented in a dozen murders.

Nick wants Nancy to hand the coins over so they can prove the Hudsons were up to no good, but she refuses, citing the fact that she needs them to get into the party so she can learn more about Lucy Sable’s time there 20 years ago.

It’s hard to see Nick and Nancy at odds, but I do see both sides of the coin here (pun intended). We know Lucy’s death is just as important as Tiffany’s, but it’s clear that Nick still thinks it’s mostly a ghost story. Yes, she was a real person who died mysteriously, but they’ve got no solid proof that her death had anything to do with the Hudsons or Tiffany’s murder.

Nancy is a difficult character to like. As George tells Nick, “You can stand right next to her and never get close.” Nancy is a good person and I do root for her, but there’s a whole part of me that wishes she would just take a minute to trust someone — anyone. She’s got a lot of walls up, and even though I know she’s not a cold person, it’s sometimes difficult to see her warmth.

Thankfully, Nick isn’t sitting around moping. He asks Ace to call in a favor with Laura, who can get them into the Velvet Masque. It turns out this is just the pick-me-up that Bess needs after Lisbeth leaves early from their date, citing that her niece was just put into the hospital.

“Bess, how would you like to get a new dress, go to an exclusive rich person’s party, and maybe even get the chance to steal something?” — George

With everyone at the party, none of them are actually laying low. Luckily, Nancy quickly stumbles onto the importance of Lucy’s poem:

“The monsters were cruel, so I did hide behind the Pegasus wing. I watched Medusa embrace the kraken, and not her husband, the king.” — Lucy Sable

Nancy learns from Owen that the kraken was Sebastian Marvin, his uncle, who he always thought of as a father. Medusa, on the other hand, is Ryan’s mother. She also learns that Owen is after the coins, too, because they’re proof that the Hudsons double-crossed the Marvins, which led to Sebastian’s death on the Bonnie Scot. 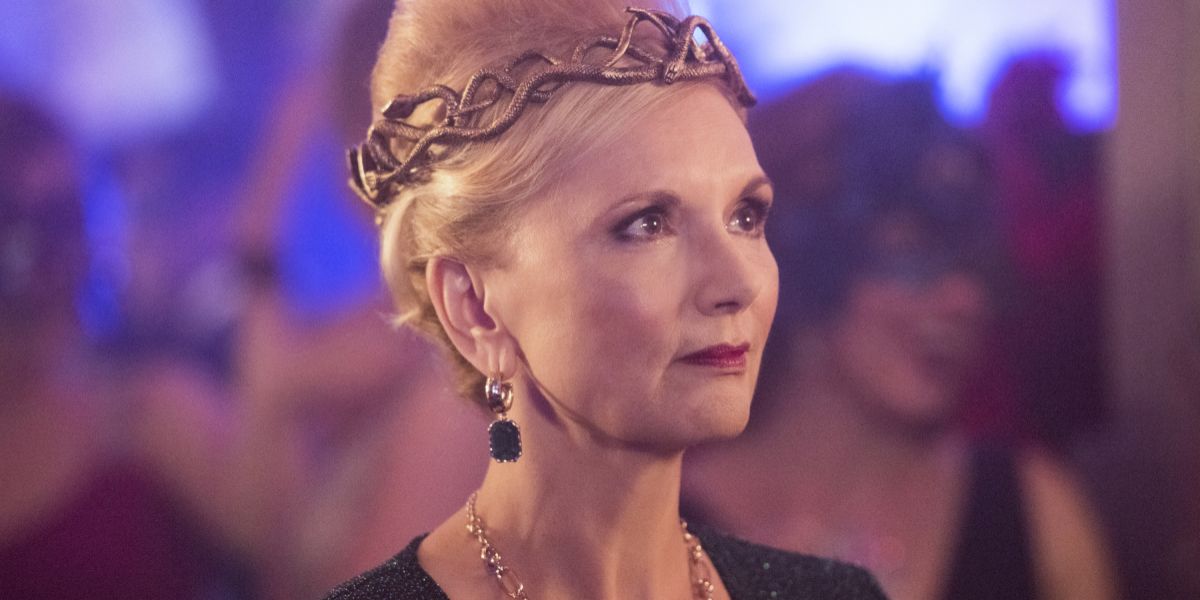 Despite everyone’s best efforts, however, they’re all discovered. Mrs. Hudson finds Nancy right where she found Lucy Sable, while Bess is caught red-handed trying to steal the Roman coins. Luckily for the latter, Owen vouches for them and escorts them out of the party.

Nancy, on the other hand, wanders off and finds Ryan kissing Lucy’s ghost. For the second time in Nancy Drew season 1, episode 6, she super-heats his wedding ring, and Nancy figures out that Lucy’s death somehow led to Tiffany’s murder. These two are connected, but how?

The obvious answer is Ryan, but it’s clear that the younger Hudson actually cared about both women, and especially Lucy. I still don’t completely trust him, but I don’t think he’s as shady as we were initially meant to suspect. He doesn’t like to follow the rules and has made some pretty stupid decisions in the past, but that doesn’t mean he’s a murderer.

Though we’ve suspected this from the beginning, Nancy also learns that the way the Hudsons used to solve all their problems was with Carson Drew — her father. When he gets back from his business trip in Boston, I suspect he’ll have a lot of questions to answer.

Nancy also receives a call from John Sander, her contact who’s looking at both Tiffany’s blood and Lucy’s crown. While there’s no word yet on the former, John tells Nancy that the crown had two different strands of hair on it — one from Lucy and one from an unknown woman.

My gut tells me that Mrs. Drew is more involved in all of this than we think. I don’t think she’s a murderer, but I do wonder if she was there when Lucy died. Or maybe it was Karen? Again, I don’t think she’s a murderer, but if we want a real good twist to the story, seeing her come out as a villain would certainly have the right amount of shock factor.

With her answers in hand, Nancy returns to The Claw to reveal she stole the Roman coins and hands them over to Nick. It doesn’t quite patch things up between them, however, because he’s still hurt she would put Lucy’s investigation above Tiffany’s. This is only exacerbated by Owen showing up to the restaurant.

Outside, Owen easily lets Nancy keeps the coins as long as they’re used to bring justice to the people of the Bonnie Scot. This seems way too easy to me, especially after he just spent over a million dollars trying to buy them.

He also asks Nancy out again, but she makes it clear that she’s only interested in Nick. I wish she would also make this clear to Nick, but what’s the fun in that?

Nick misinterprets the touch to Owen’s arm when Nancy is letting the Marvin down easy. This show has been good about not letting misinformation sit for too long, so I hope the situation is cleared up by episode 7.

Last, but certainly not least, we have Bess and Lisbeth, who have been missing each other left and right this episode. They both have secrets to hide, and while neither one of them is ready to give up the truth any time soon, they certainly want to make it work in the meantime. 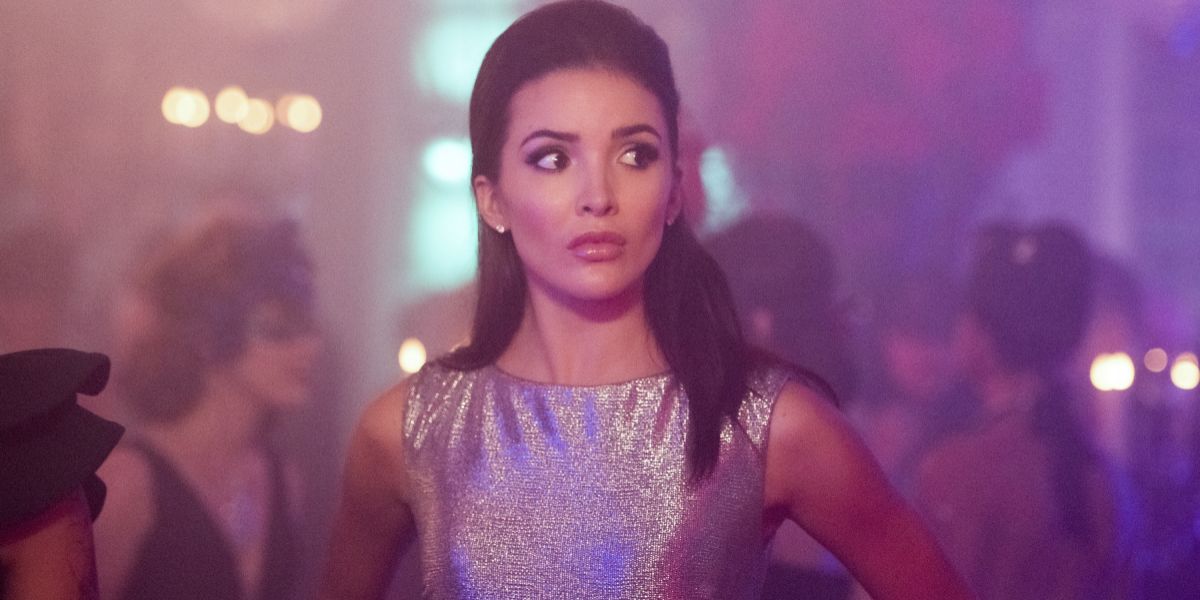 These two have a sexy chemistry that I really enjoy watching on screen, but I’m worried about Lisbeth. I don’t think she’s a bad person, but she clearly works for the Hudsons in a capacity that isn’t exactly normal. She ditched Bess on their date to attend the Velvet Masque. We’ve been told she’s a driver for the Hudsons, but she was acting more like a bodyguard.

Mark my words, there’s something else going on here.

Speaking of — the last shot of Nancy Drew season 1, episode 6 is of the Roman coins standing up on the counter. Were they pointing toward something (or someone)? Does this mean Nancy will have to deal with a ghost from the Roman Empire in next week’s episode?