Nancy Drew season 1, episode 7, “The Tale of the Fallen Sea Queen,” opened up a door to Lucy Sable, but what else came through? Read our review!

This week’s Nancy Drew was all about picking sides. Not only were Nick and Nancy having relationship troubles, but so were Ace and Laura. Both led to disastrous endings (though, admittedly, one is way worse than the other).

I’m still frustrated by Nick and Nancy’s relationship, but I have to admit that I’m invested. I want Nick to be happy, and I love the way Nancy looks at him when they’re on the same page. The problem is that seems to be less and less often these days.

This show does a great job of continuously making you question who could’ve been the culprit behind either Lucy of Tiffany’s murders. It’s obvious who the guilty parties are, but it’s not always obvious who actually pulled the trigger — so to speak.

Quite a few people have a lot to answer for, especially Nancy’s dad, but what’s worse is that the group may have let something very dangerous through the spirit door. If only someone had warned them against that.

Things are shaky right from the top of the episode. Ace is acting shady whenever he’s talking to his weed guy and Nick is obviously still hurt over the idea that Nancy could be getting closer to Owen. He and George even seem flirty for about three seconds, but that felt like something to stir the pot more than anything genuine.

But everyone moves on long enough to find out that Celia Hudson was in Argentina when Lucy was murdered — not that she couldn’t afford a hitman. (But isn’t that going a bit far? Lucy was a teenage girl, for God’s sake.)

Victoria also shows up to The Claw raving about dark spirits being drawn to the Roman coins they stole out from under Owen’s grasp. It turns out they’re like catnip for things that have never even been alive. But they could also be used like coins for a payphone to the other side, especially because of the New Moon.

If you didn’t think Nancy was going to take advantage of this opportunity, then we haven’t been watching the same show for the last seven weeks.

She kind of talks to Nick about what’s going on between them, but only long enough to get him to agree to using the coins to talk to Lucy. A drunk Victoria heads to the precinct because it’s, ironically, the least haunted building in Horseshoe Bay. She tells them how to get into contact with Lucy. 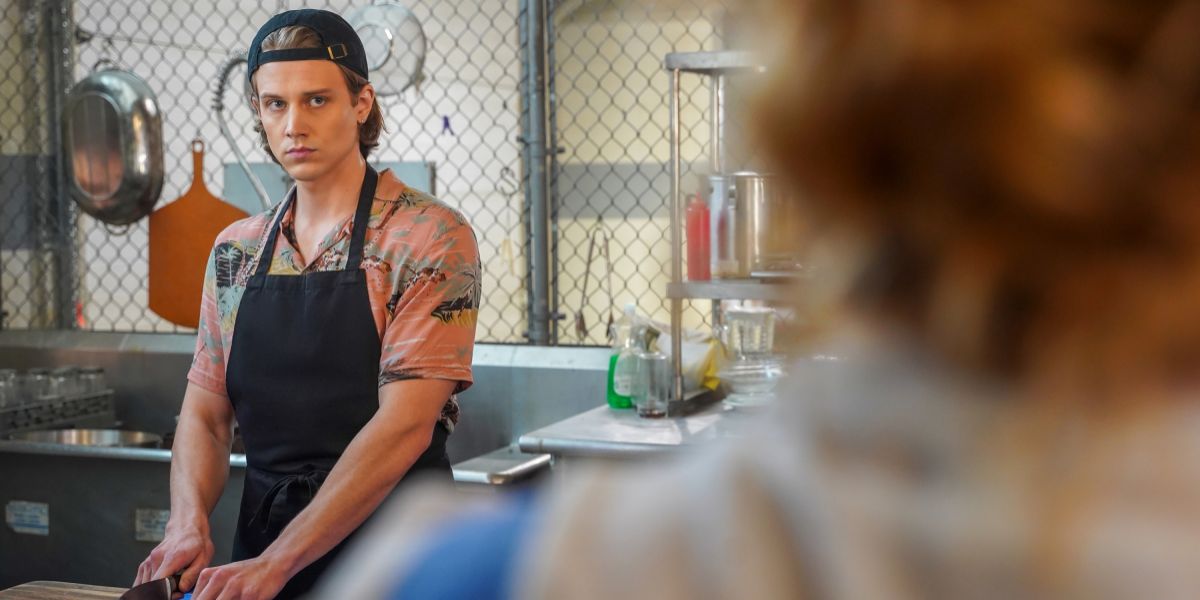 In the meantime, Ace finds a video from 2000 when Lucy was crowned Sea Queen, showing the first runner up, Candace Weaver, whispering something in her ear. When they confront the woman, she admits that she basically called Lucy a slut. Candace says Lucy was starved for attention and was “friendly” with all the judges.

But while Candace is becoming more likely as a suspect, so is Carson Drew. Nick finds out the Hudsons paid him $50,000 two days after Lucy’s murder. Normally this wouldn’t be a problem, seeing as he was the Hudsons’ attorney, but it came from a shell company instead of their main payroll account.

Honestly, this was probably the least shocking reveal of the episode. We knew basically from episode 1 that Carson was involved somehow, and I’m seriously not surprised there was some sort of suspicious activity surrounding Lucy’s death that involved Mr. Drew. However, I still don’t think it’s quite what it seems. But more on that later.

What’s worse is that Carson is still doing the Hudsons’ dirty work. He seems like he’s great at his job, which makes it even worse because you know he’s on the wrong side of history here. I want to root for him and believe he’s good, but it’s so hard when he and his daughter are essentially on two different teams.

Then again, Celia gave Ryan the money to bail Nancy out of jail, so he’s only repaying a favor. It’s obvious he doesn’t want to work for the Hudsons, but it’s also obvious that the Hudsons are very good at digging their claws into people.

Except maybe Laura Tandy. Carson tracks her down in order to politely ask that she settle out of court with regard to the little matter of her sister’s death. Laura refuses and is more adamant than ever that her sister was murdered. She puts up posters and everything.

Poor Ace is caught in the middle of the dispute, and it’s so hard to see him torn between loyalty and doing the right thing. He wants to trust that the woman he loves is a good person, but he also knows Laura sued her own sister to get her inheritance money early.

What’s more, if Tiffany’s death is ruled a murder, then all of her money goes to the last living Tandy — her sister.

Oh, and all of Lucy’s stuff — you know, the official police evidence AND the items they were going to use for the seance — are gone.

Nick figures out from a charm on Lucy’s bracelet that his boss, Josh, is actually Lucy’s brother (half-brother, to be exact). He and Nancy learn that a developer offered his mom a lot of money for her house and so they moved away after Lucy’s death. I feel like this has to be the Hudsons’ doing, but for now, it’s just a piece of the puzzle to keep in our back pocket.

What’s worse is that it seemed Lucy knew she was in trouble the night she died. She told her brother, “Don’t believe what they say about me.” This seems to be in regards to the slut shaming, but I feel like there has to be more here. It seems Lucy knew she was going to die. Was it suicide or was she going to the bluffs to meet her murderer, knowing how it would all end?

Nancy asks Josh if they could borrow Lucy’s charm without telling him what it’s for other than as a way to hopefully figure out what happened to her. There’s a beautiful moment here where Nancy talks about her mother’s necklace and how important it is, and I really like how the show handled this moment. 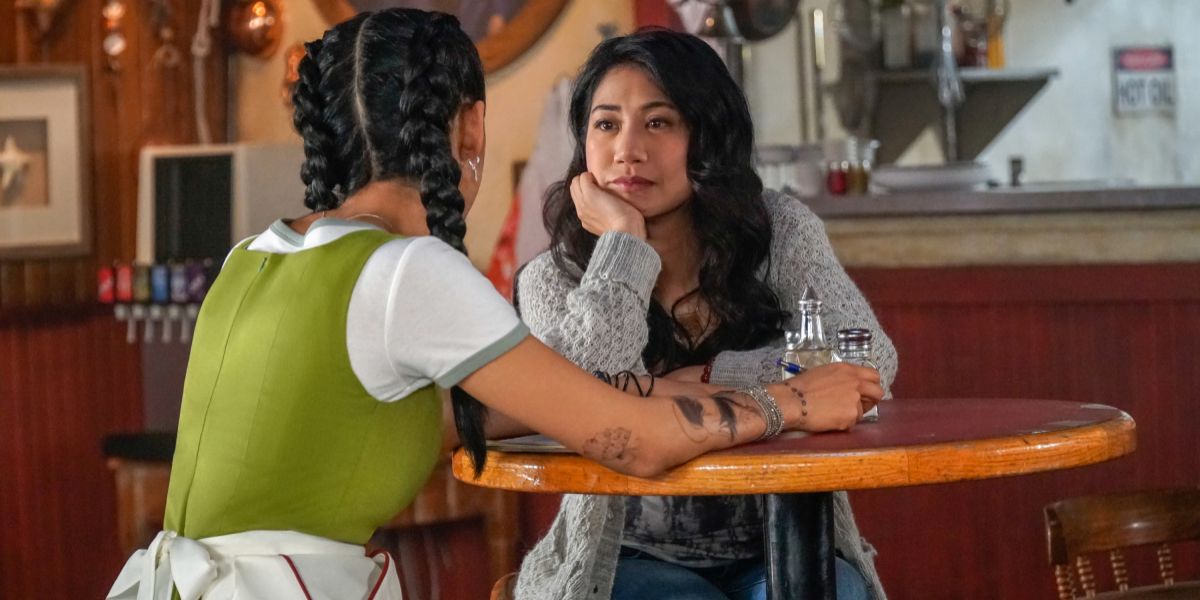 But the plan almost gets derailed when Victoria escapes right out from under Bess. Nancy looks for her at the precinct, but quickly gets called into the sheriff’s office. It turns out Laura’s noise about her sister’s death caught the attention of the state police. The sheriff proposes that the two of them work together.

I can’t say I like the sheriff very much, but I do think he’s a good person and a decently good cop. He might use teenagers as spies, but Sherlock uses kids to do his legwork, doesn’t he? Nancy calls him out for caring more about protecting his reputation than figuring out what happened to Tiffany, but he shoots back that she’s also trying to clear her name.

Unfortunately, this little meeting tipped the scales for Nancy. She knows Ace is working for the sheriff, and he comes clean about everything. He was caught hacking the government (this must have something to do with his dad, but we don’t know how), which would be a federal offense. He took a deal and couldn’t tell anyone, but apparently that’s no excuse for Nancy. He tries to tell her about his suspicions of Laura, but she says she can’t trust him and walks away.

This scene was so frustrating because Nancy has been putting walls up and keeping secrets all season, but the minute someone keeps something from her, she chooses not to trust them anyway. Ace has been paramount in helping to solve both Lucy and Tiffany’s cases, and the fact that Nancy writes him off so quickly is heartbreaking.

What’s even more heartbreaking is Ace’s reaction. Instead of being frustrated or angry that she won’t listen to him, he promises that he’ll fix everything. This obviously leads to some disastrous consequences, but we’ll get to that later.

Nancy returns to the diner, where she, Nick, George, and Bess decide to do the seance without Victoria. George brings her sister Ted along because they’ll be using her toy dragon to communicate with Lucy. The eyes will light up green for yes and the mouth will light up red for no. Then they promptly put Ted in a salt circle.

The group starts chanting, “We call upon Lucy Sable.” At first, demonic hands reach for them, only for Lucy to finally latch onto Nancy’s arm. I loved the visual of this scene, and I think it was such a clever way to avoid using CGI while still maintaining a creepy vibe.

They only have a few minutes with Lucy, so Nancy is quick. We learn that Candace did not kill Lucy, but when asked if the Hudsons did, both the eyes and the mouth light up alternately. We learn that the same person didn’t kill both Lucy and Tiffany, but we also learn that her death had something to do with what Nancy found in her attic.

Nancy can’t bring herself to ask Lucy if her father killed her.

And then their time is up. A puff of black smoke appears and Lucy is forced to let go. The coins also melt down, meaning they can’t use them to prove the Hudsons had something to do with the death of the Bonnie Scot crew. 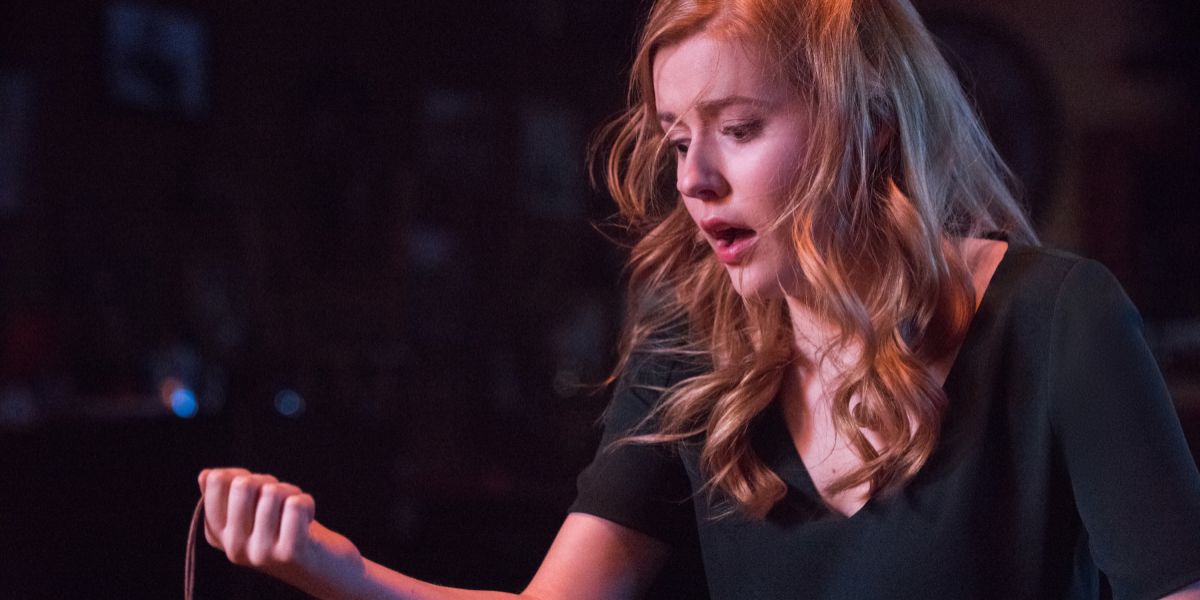 Would Nancy have used the coins if she knew they’d melt in the end? I’d like to think not, but I, like Nick, can’t be sure.

Nancy returns home, heartbroken, and finds that her father has been monitoring all her texts. He’s probably the one who took the evidence of Lucy’s murder, and he also now knows for sure that Tiffany was poisoned. I applaud the show for not beating around the bush here. In a voiceover, Nancy says denial is no way to live. She gets to the point: “Did you kill Lucy Sable?”

I’m fairly certain Carson didn’t, but it’ll be interesting to see how he reacts to the question and what information could be further revealed. (My money is still on Nancy’s mom.)

In addition to this moment, we also get a montage of scenes to wrap up this week’s episode. Bess says she feels bad for Victoria, having to see demons and ghosts all the time, and George checks in on her mom as she starts to see her in a new light. Ted talks to her dragon toy, and we learn that it’s not Lucy Sable, nor is it anyone who used to be alive.

We also see Ace recording Laura as they take a drive late at night, and then we see Nick coming up on the scene of a car crash. If next week’s promo is anything to go by, then Ace’s life is hanging in the balance.

Worse yet, we’ll have to wait two weeks until we find out what happened.