We’ve officially made it through to the mid-season finale of Nancy Drew season 1. This isn’t quite the halfway point, as the series was picked up for a full 22-episode run, but the show will be going on break, regardless.

While this episode didn’t feel like the end to any of our major plot lines, it did provide us with some answers and gave Nancy room to grow and mature. It also served to kick off what will likely be the focus of the rest of the season — solving Lucy Sable’s murder in order to free her father.

Plus, those shots of Nancy on the staircase were great references to the Hidden Staircase cover.

There are plenty of threads to tug on moving forward, and I, for one, am bummed we have to wait for the show to return. While there’s no set date yet, it’ll likely be sometime in January.

The case of the hidden staircase 2.0 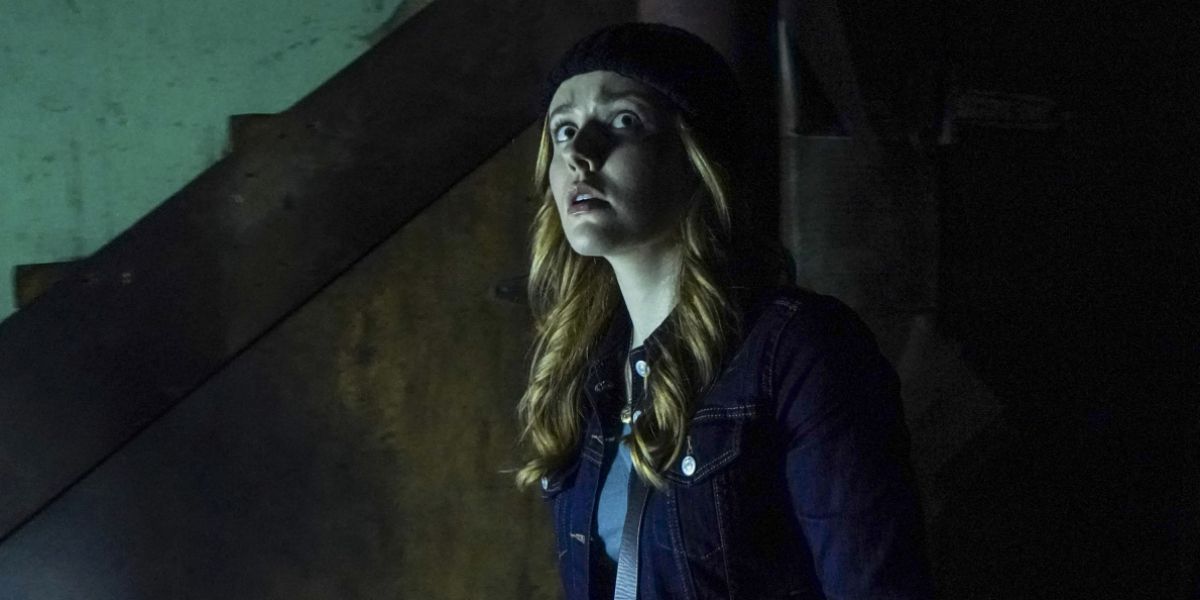 The episode opens with George calling in the Drew Crew to help her find Ted. She doesn’t want to call the cops because it’ll attract the attention of child protective services, but after Nancy finds a strange symbol on the floor of the storeroom, there’s no choice.

The sulfuric red wax spiral was also used in the original case of the hidden staircase, where Nancy discovered the location of one Rose Turnbull, who had been kidnapped by Nathan Gomber. The spiral wasn’t public knowledge, so Nancy immediately suspects a copycat who has insider knowledge.

Nancy visits Gomber, who says she was wrong about him. That didn’t quite turn out to be true (though it’s interesting to wonder how much of his evildoings was of his own volition and how much was being influenced by Simon), but for a moment, I thought we’d find out that Nancy had helped lock away the wrong person. Ultimately, I’m glad this wasn’t the case, but it would be interesting to see Nancy get something wrong and have to build her confidence back up.

When Nancy calls Rose (now living in California), the little girl tells her that she dreamed Nathan was talking to someone in the dark. The problem is that Nancy remembers this, too, and so, we are introduced to Simon, one of the dark beings the Crew brought out of hiding.

A series of clues points everyone in the direction of Moira Baker, who had been visiting Nathan every week. At her apartment, the police find a cipher Gomber slipped her. The instructions tell her to go to the shrine, light the candles, call out to Simon and cut herself with the knife. Next, she is to leave her blood, which will link her to Simon, and then bring a child after nightfall with the intent to kill them. 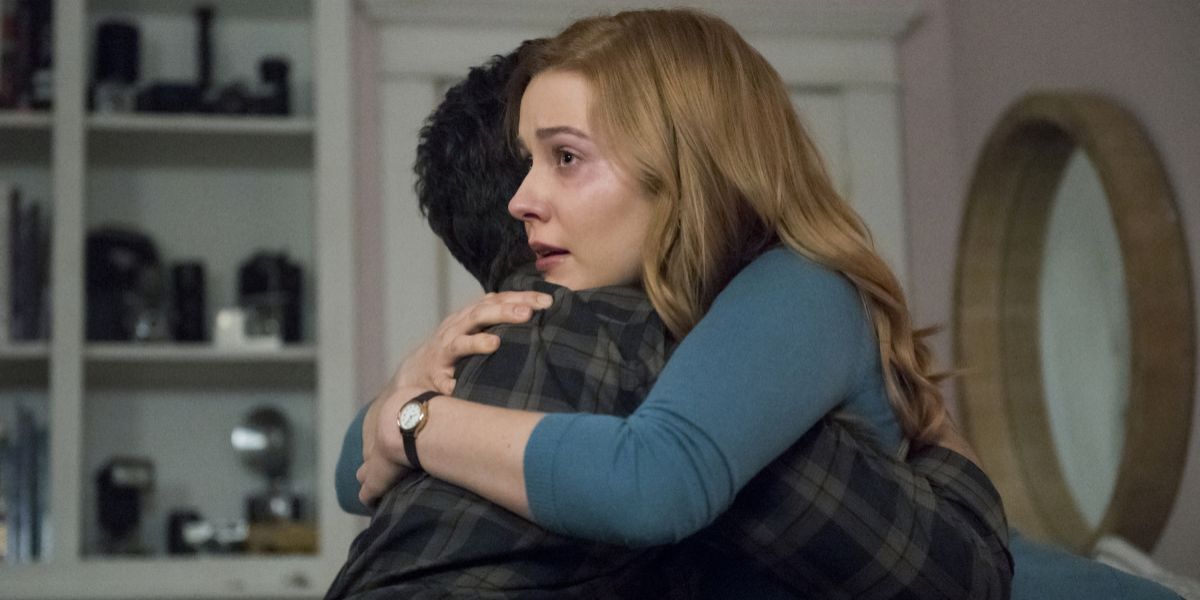 Nancy almost immediately heads for the warehouse where she had found Rose Turnbull all those years ago. Nick, of course, offers to go with her, but Nancy refuses. She’s still hurting because of their breakup, and even though this is exactly what Nick keeps telling her is the problem, Nancy just continues to push him away.

It’s frustrating because I feel like these two just barely miss being on the same page time and time again. If each one could hold out a little longer, I think they’d find that they match up quite well. But the timing never seems to be right.

Instead, Nick calls Carson and tells him what Nancy is about to do. Carson beats Nancy to the warehouse and insists on going with her. He says that she was different after Gomber, that she put up a wall against everyone around her.

Something, it seems, happened all those years ago. Carson makes a crack about Nancy’s memory being “relentlessly specific,” but there are details of the kidnapping case that she just can’t seem to remember. It’s almost like her memories are redacted. I can only imagine how frustrating this must be for someone like Nancy, who relies on her memory to keep track of clues and make connections no one else can.

When Nancy and Carson come upon Simon’s shrine, Nancy realizes that part of his power is making children forget. She burns down Simon’s tree and the memories come rushing back. Nancy remembers being pushed down the staircase and being afraid she was going to die, afraid she’d never see her parents again. She blocked out the whole memory because of her fear, and as a result, she put up those infamous walls.

I understand what Nancy Drew season 1, episode 9 was trying to do here. I like that the current storyline traced back to Nancy’s first case and informed much of the person she is today. It’s nice to see Nancy overcome her trauma, but it didn’t pack the emotional punch I had hoped it would. There had been no indication of trauma prior to now, other than those inexplicable walls, and it all seemed so rushed.

I still liked this episode and this reveal, and it did allow Carson and Nancy to reconnect on a level we haven’t seen from them yet, but I wish we had been able to explore this moment a little further. Perhaps it would’ve made more of an impact.

Still, it was nice to see Nancy discover the letter from her mother, though I’m always wondering if there’s hidden messages in everything. Could her mother’s confession that she’ll be in the northeast corner of heaven actually have a dual meaning? 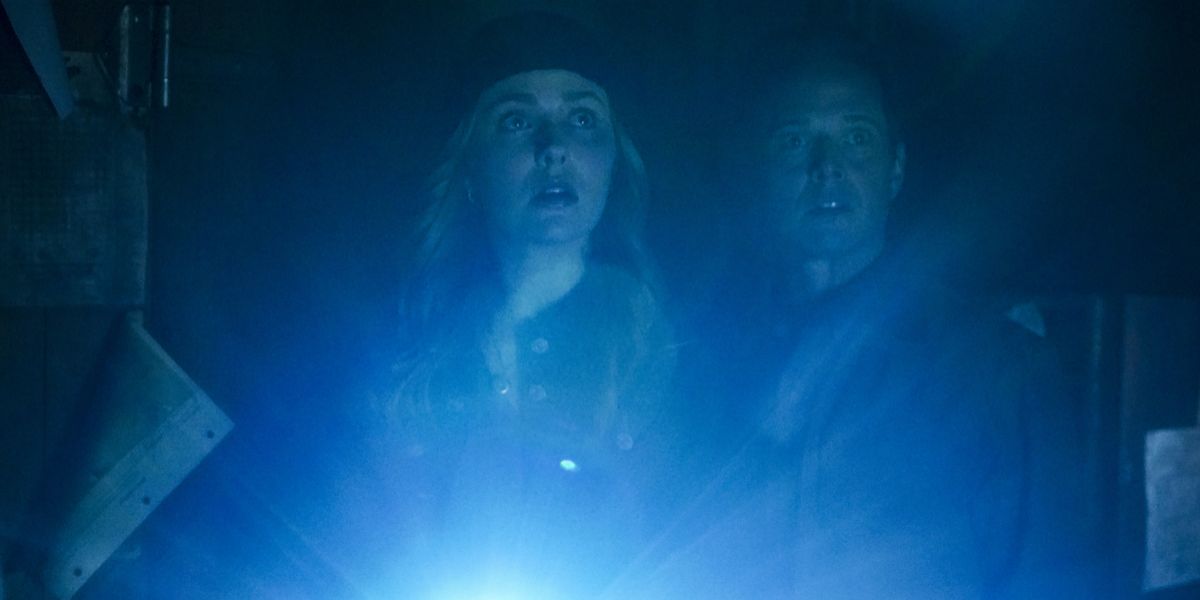 Ted is, thankfully, returned unharmed. Nick and George had tracked down Moira’s family antique store, where she’s found, cornered. She only wanted to save Nathan, she confesses, but her love doesn’t stretch too far, as she easily throws Nathan under the bus when speaking to the cops.

Nathan doesn’t seem to bothered by it, however, and confesses that he’ll probably see Simon again sooner rather than later. Nancy may have destroyed his shrine, but she didn’t defeat the evil spirit. It’s likely Nancy will come up against him at least one more time.

Unfortunately, this isn’t the only lingering thread in this scene. When Nick helps save Ted, he and George share a hug and the two linger just a second too long. These two definitely have some chemistry, though that hug wasn’t exactly steamy. They also share a look at the end of the scene that indicates the show is looking to explore the potential of these two characters together.

I have to admit that I’m still rooting for Nick and Nancy, especially now that she’s let her walls down a little bit. I wouldn’t be surprised if it’s a little too late for Nick, but I also think he’s much more interested in her than he truly lets on.

He and George would make for an interesting pair. I’d be happy that George is letting other people in as well (does Nick have a type?) and is interested in someone other than Ryan Hudson, but at the same time, I’m not a huge fan of love triangles. I don’t want Nancy and George’s blossoming friendship to be ruined because the writers wanted to throw a wrench in Nancy and Nick’s relationship.

All three of these characters deserve better than that, and I’m hoping the show can deliver us something a little more nuanced.

Took a DNA test and turns out Owen is kinda shady 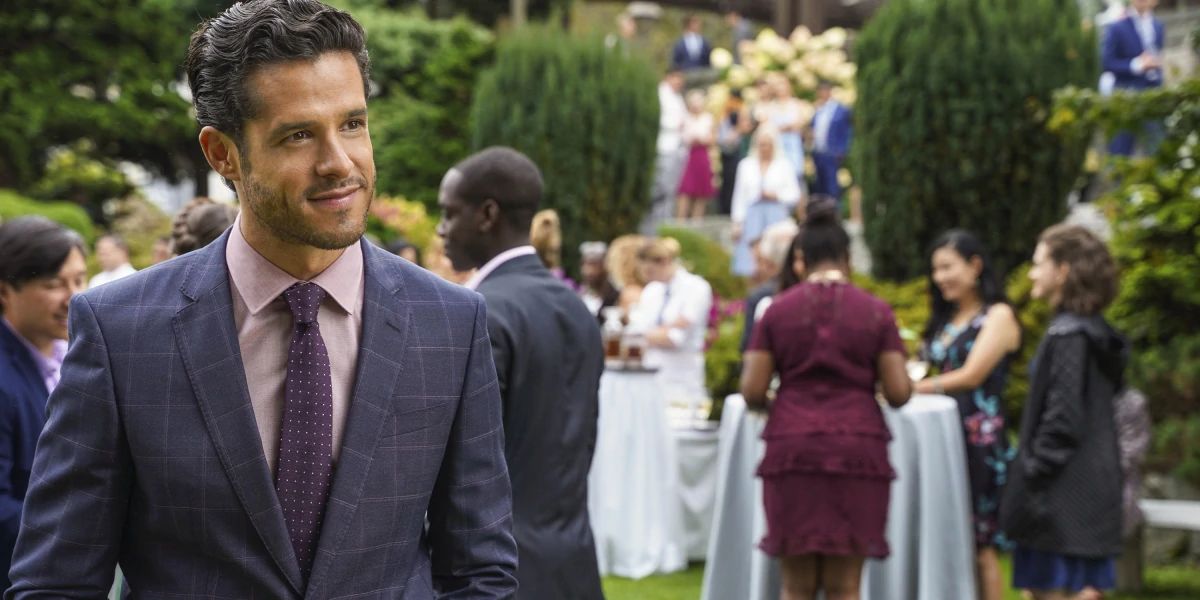 Owen is still to hot for his own good, but he’s also shady AF. He was brought into the search for Ted because Gomber had dealings with the Marvins right before the situation in the warehouse went down. Owen was witness to Gomber’s personality change and it helps Nancy put some of the pieces of the case together.

She also mentions that he’s growing on her, and as much as I want to warn her away from Owen, I can’t help but sort of want to see how this plays out, too. I’m hoping Owen is one of those people who’s super protective of his family and is completely blinded by his loyalty to them, but at the same time, I think there’s a lot more going on here than we’re aware of.

After the case is over (and we find out Ace is awake!), Bess explains to Owen who she really is — his cousin. Owen says his father never had a sister (Bess’ mom), but Bess asks if he’d be willing to take a DNA test anyway. He agrees, but wants her to take a separate, independent test as well, just to ensure everything is legitimate.

Because this is Nancy Drew and I don’t trust anyone, this raised some red flags. Owen was definitely looking shady and uncomfortable while Bess was talking to him. I wonder what kind of DNA sample he’ll take and if he’ll possibly use Bess’ DNA to frame and discredit her later on.

Well, at least that would just be one more case for Nancy to solve.

‘You’re under arrest for the murder of Lucy Sable’ 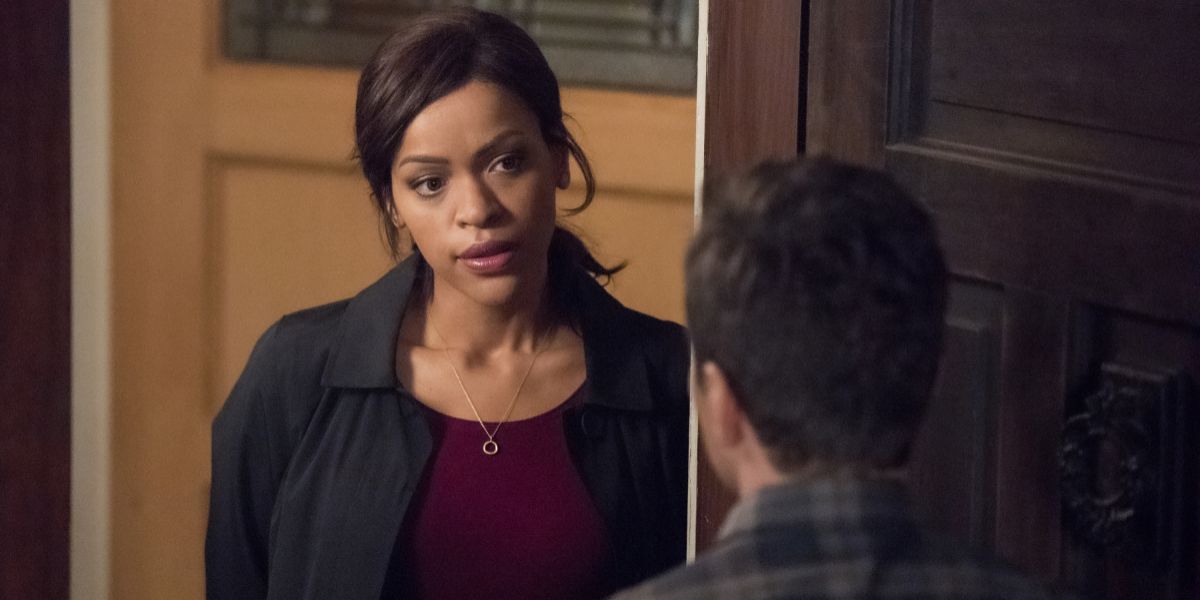 In the final moments of the episode, Nancy realizes her journal is missing. Earlier, we saw Karen eyeing it. Turns out she took it from the Drew residence and presented it to the police, who then made a case for a warrant for Carson’s arrest.

Nancy had written out the evidence against her father, as well as what they had discussed. Of course, she now believes her father is innocent, but it’s enough for the police to charge him with the murder of Lucy Sable. His prints were on the murder weapon, too.

“Dad, tell them you didn’t kill her,” Nancy begs.

For his part, Carson stays silent.

At least we know what we’ll be coming back to when Nancy Drew returns for the second half of the season. She’ll have to double down on her efforts to solve Lucy’s case in order to exonerate her father. Hopefully, that’ll also help her figure out who killed Tiffany.