Renee Zellweger is in the middle of a critically acclaimed comeback for her staggering performance as Judy Garland in the indie film hit Judy, and to celebrate, we take a look back at Zellweger’s best movie performances of her nearly three-decade career.

Zellweger is one of our great actresses, one who never gets the proper respect she deserves — Academy Award win (with a likely second soon to come) notwithstanding. She exudes a classical movie star energy, which to some, masks the depth and specificity of her work by seemingly always being “Renee.”

But through Renee Zellweger’s ten best performances it is easy to see just how diverse her range is — from girl next door to sexually liberated feminist, from a merry murderess on the verge of death row to a hardscrabble farmhand, she’s done it all.

Before breaking into the mainstream, Zellweger had a starring role in Texas Chainsaw Massacre: The Next Generation and a key supporting role in Empire Records, both flops that became VHS rental store classics. She gives the best performance in Empire Records as the vivacious Gina, giving a stock dumb blonde character more nuance than the script even attempts to. One of the biggest laughs of the movie comes when Gina wears an apron as a dress (i.e. with nothing underneath), and Zellweger plays the bit in such a coy, slick way that you don’t know if Gina is playing a sexy gag purposefully or if she really thinks it is a dress. 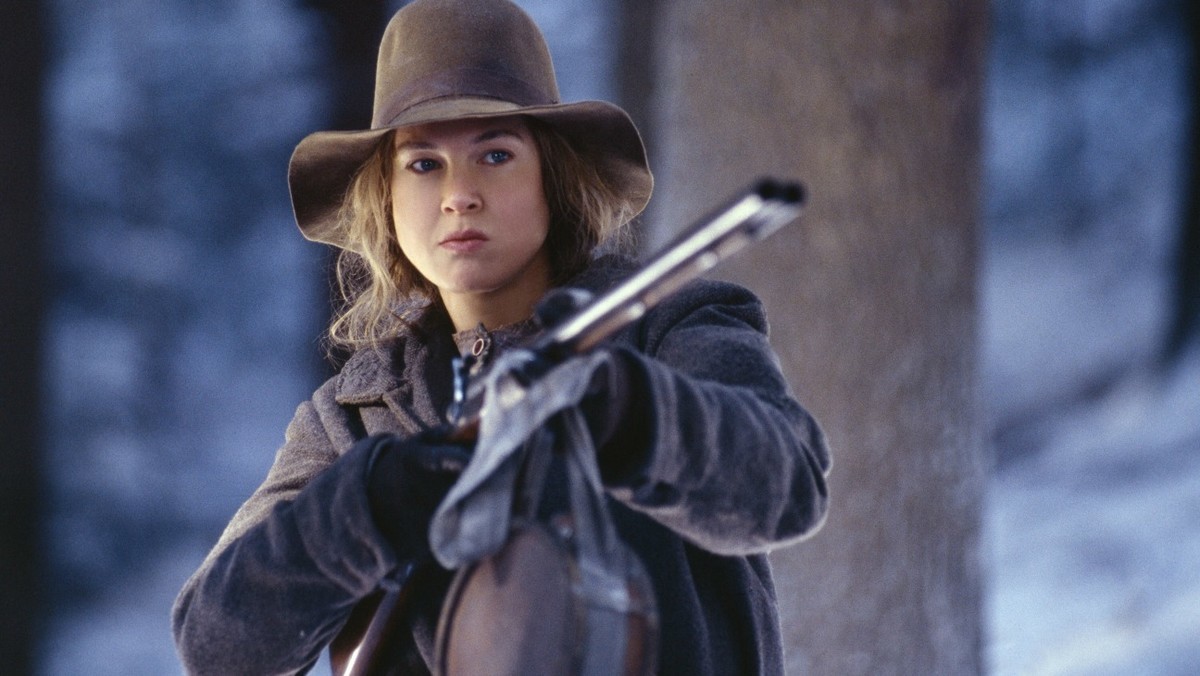 Zellweger won the Oscar for Best Supporting Actress for her role as Ruby, a tough, fast-talking farmer sent to help Ada (Nicole Kidman) whose wealthy city upbringing has left her helpless during the Civil War. It’s another performance in which Zellweger is a burst of fresh air in a lackluster film — she’s funny, she’s bossy, and she suffers no fools; it’s utterly delightful to watch Ruby order Ada around, teaching her with tough love. It’s a hilarious change of pace coming after the first hour: a smattering of scenes of Nicole Kidman staring silently in the middle distance. 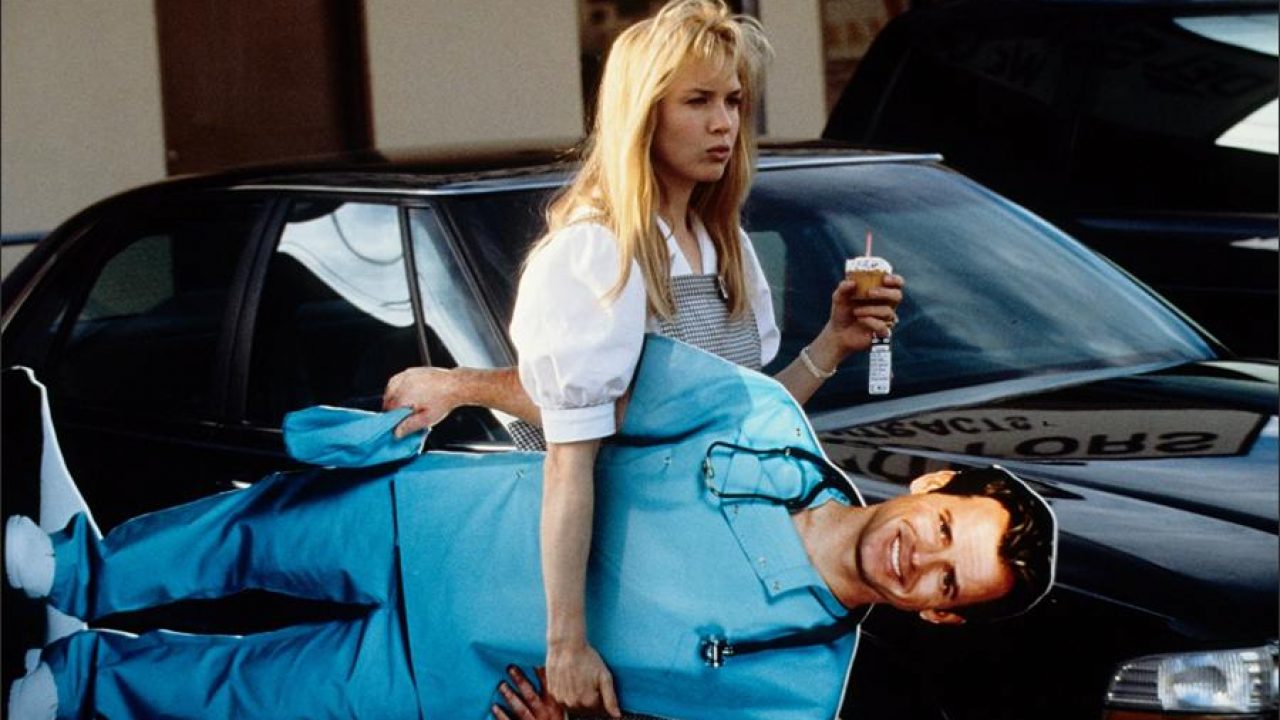 One thing that Zellweger does better than anyone is to play broad situations totally realistically — she has the remarkable ability to ground any zany comedy she’s in (more on that later). In this movie, Zellweger is nonchalantly hilarious and subtly heartbreaking as Betty, a woman who witnesses her husband’s grisly murder and goes into a state of shock where she thinks she is Nurse Betty, a character from her favorite soap opera. As high concept as this is, the audience never forgets that Betty is suffering from trauma, even while behaving in erratic and entertaining ways, constantly alarming new characters as it dawns on them that she thinks she is a fictional character. The emotion in Zellweger’s eyes tell the real story. 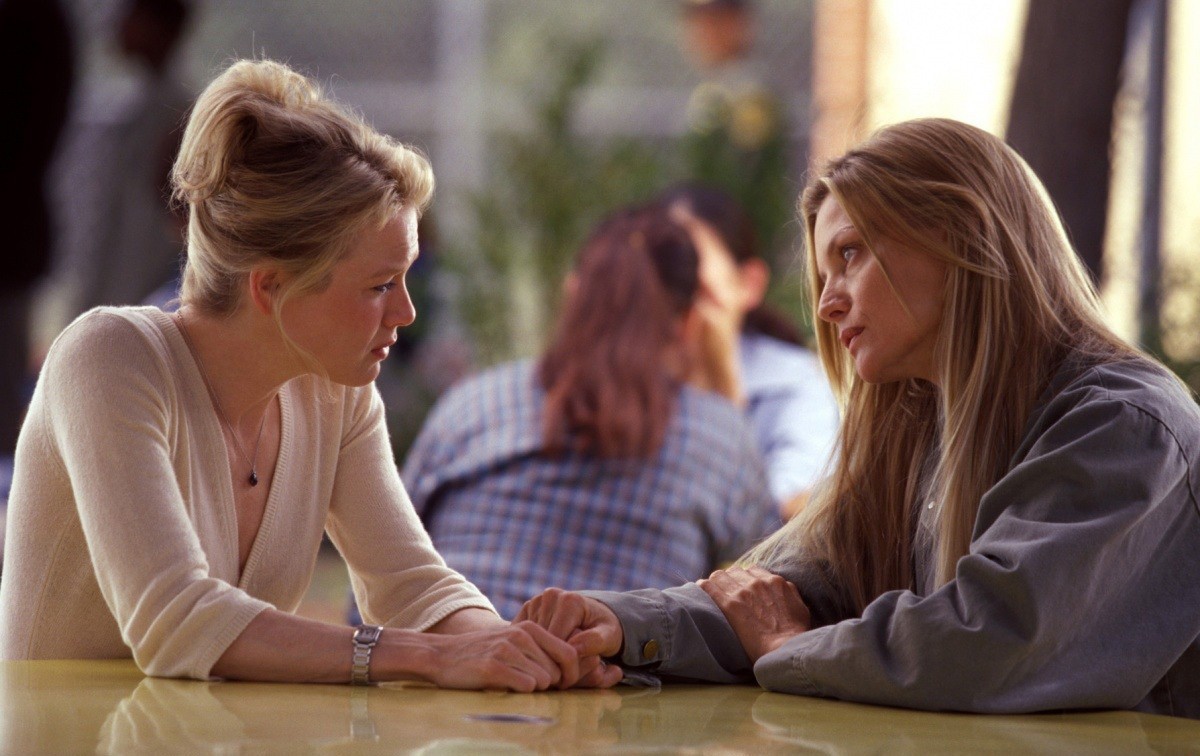 Zellweger has had only a few roles that have not called upon her exquisite comedic talents, and this brutal mother-daughter drama is one of her best. Zellweger plays one of the foster mothers to Astrid (Alison Lohman), who bounces from home to home after her mother (Michelle Pfeiffer) is sent to prison for murder. Playing Claire, a mostly out-of-work, emotionally fragile actress, Zellweger channels the sadness of someone desperate to find a purpose for her life, while trying all the while to project strength and happiness. She does some of her most understated work in this wrenching drama.

The few detractors there are from Zellweger’s performance in Judy say that she is merely doing a Garland impression. I feel if anything, the issue is that she isn’t playing Garland — but she is playing the hell out of a fictional drug addicted singer. It’s an interpretation (one that reminds me more of Gwen Verdon than Judy Garland, frankly) but the character is filled with such sensitivity and empathy that is deeply captivating nonetheless. She embodies Judy best in her musical performances, in the intonations of the lyrics; her stage presence makes the concert scenes absolutely soar. 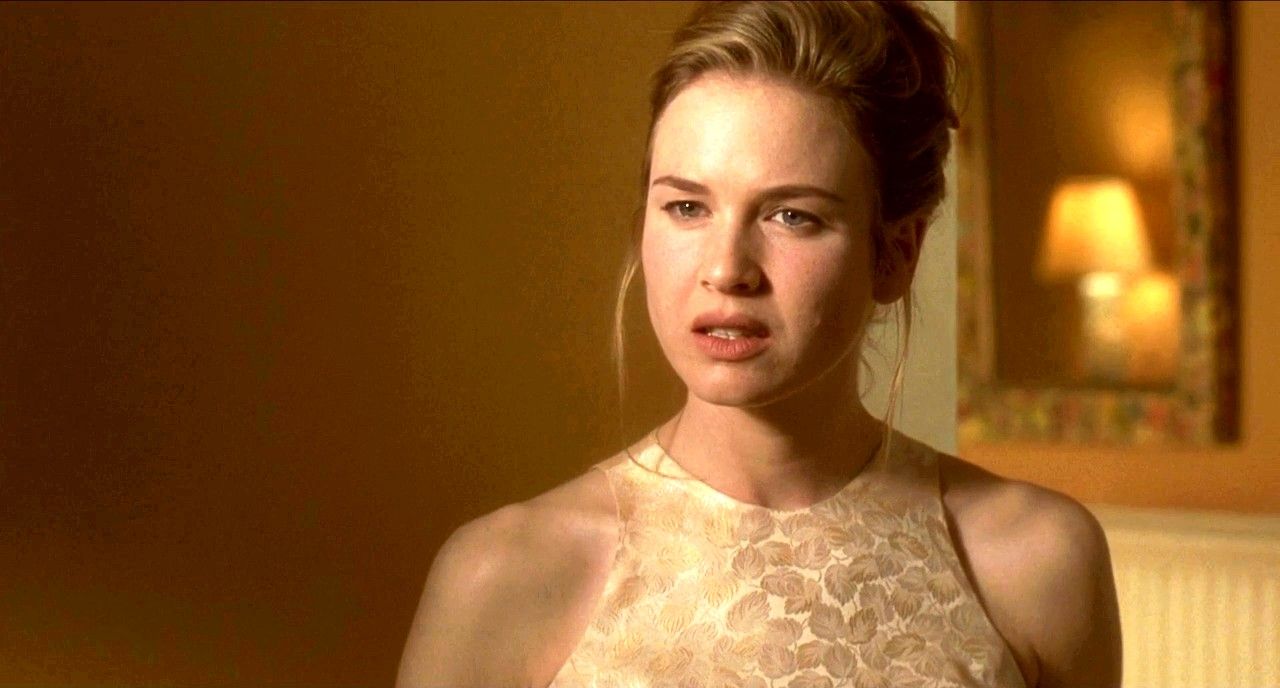 Zellweger took the mainstream by storm as Dorothy in Jerry Maguire, the monster hit about Tom Cruise as the titular Jerry trying to put heart and commitment back into his career as a sports agent. This is the movie that introduced Zellweger to the world, immediately cementing her as the ultimate girl next door: Jerry’s assistant and then love interest, while trying to give her son (Jonathan Lipnicki) the best life she can as a single mother. As with all of her performances, she makes it look easy (she was strangely overlooked for an Oscar nomination for her performance for this reason), effortlessly conveying this woman’s life by harnessing her natural charm and wit. 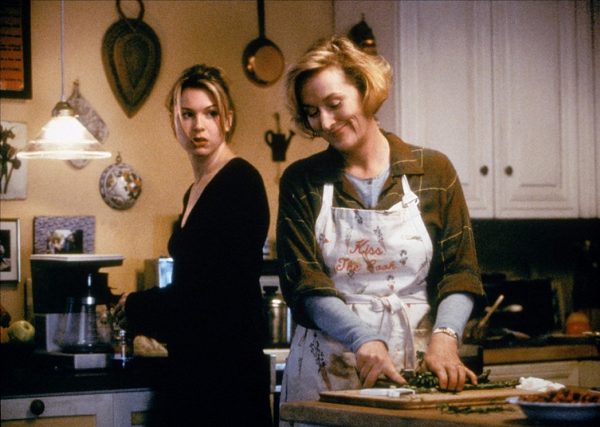 One True Thing tells the story an ambitious young professional woman (Zellweger) leaving her job to take care of her domestically oriented mother (Meryl Streep) during a fatal bout with cancer; the two come to love and understand each other in a way they never had before. Carl Franklin’s direction elevates what could be rote material into a very moving mother-daughter portrait. The actors are able to fill out the family history given to us in expository dialogue by hinting at complex relationships of intimacy and past pain in mere glances and gestures. It was Zellweger’s first major leading role and it proved her ability to carry a narrative on her shoulders. Streep may have gotten the Oscar nomination, but Zellweger gave the film its soul. 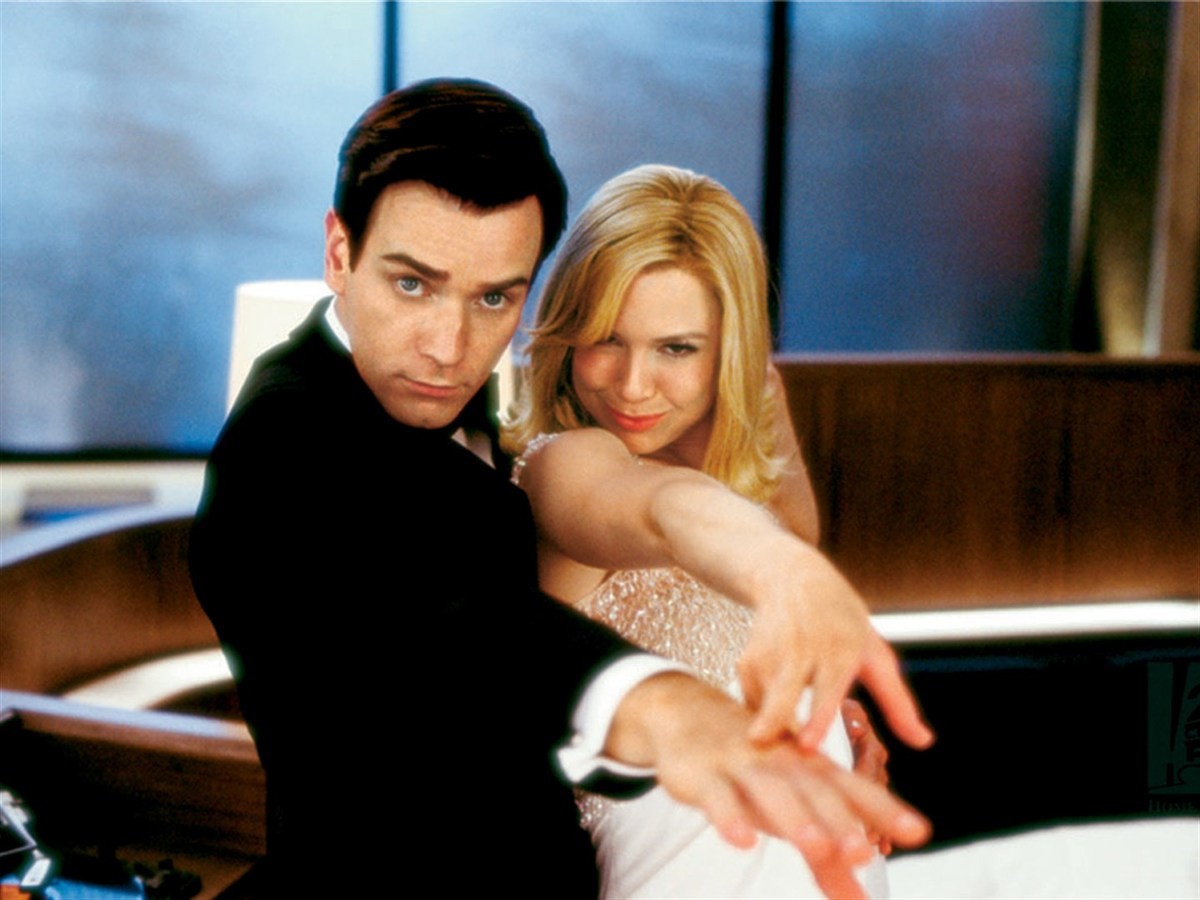 Down with Love is a genuine cult classic—initially met with a moderate box office and a shrug of a critical consensus, the gays have reclaimed in the 16 years since its release. It’s a clever send-up of the Rock Hudson/Doris Day sex comedies of the 1960s, in which Zellweger plays liberated feminist author Barbara Novak unexpectedly falling in love with a misogynist playboy journalist Catcher Block (Ewan McGregor). Zellweger’s performance in this movie is inspired here, doing her entire performance in a whisper, using her musical choreography training to make sharp sight gags with the movements of her body (such as a devilish split screen phone call between Barbara and Catcher that makes them appear to be having sex). Zellweger’s ability to do broad comedy in a totally authentic way, full of soul, never excelled the way it did here, one of the peaks of her career. 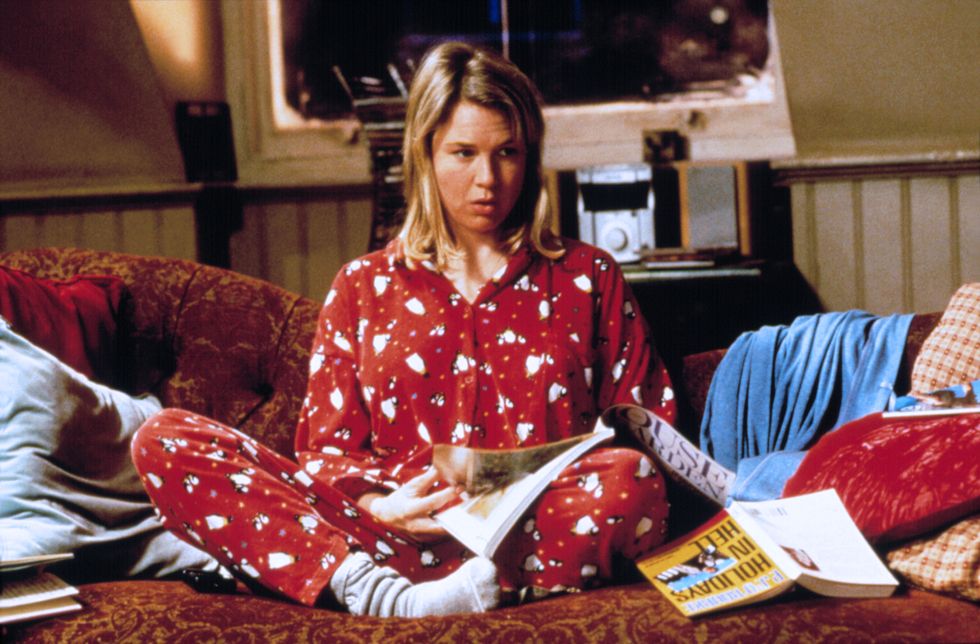 Zellweger got her first Oscar nomination for playing Bridget Jones, a mess of a woman determined to get in control of her life both professionally and romantically. This is the archetypical Zellweger character—bold and adventurous, ready to take a risk despite what embarrassment may come from it. She is rarely funnier than playing a woman beset by constant humiliation—the painful expressions she makes trying to cover up her vulnerability became a trademark attribute of her talent. It makes her an Everywoman and makes Bridget Jones a bona fide classic. 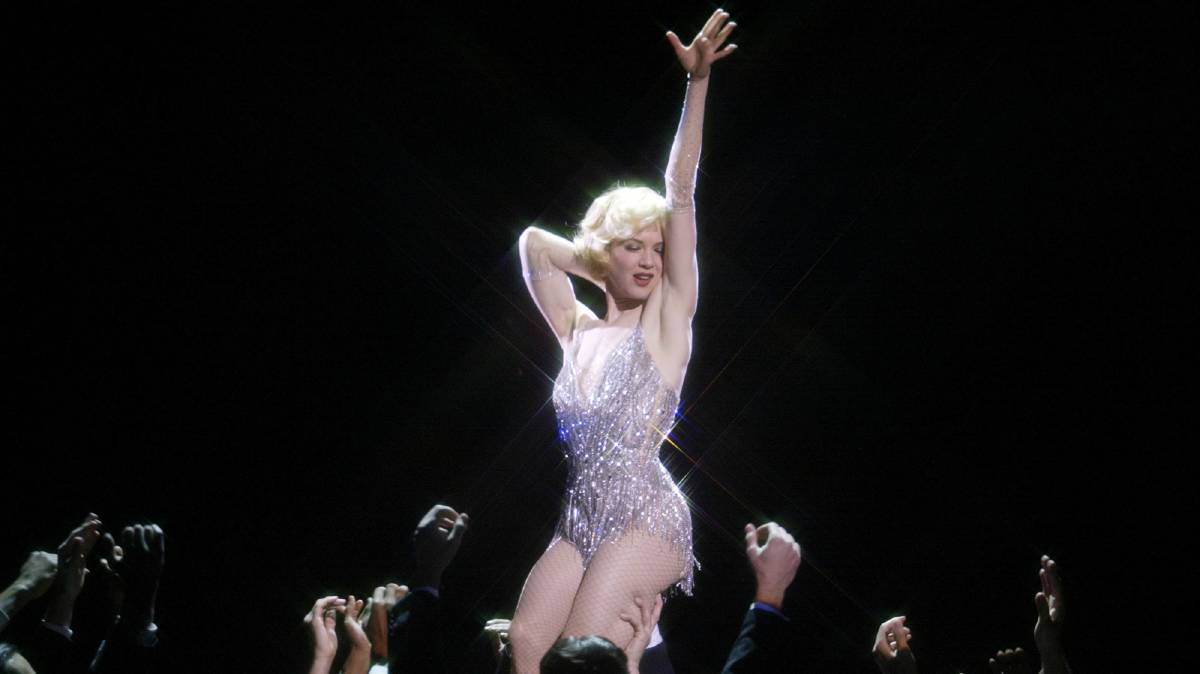 Chicago tops the list because of the degree of difficulty — Roxie is a monster; she is a murderer who uses her branding as such for capital gain. But she also has to be the emotional center of the film. If the audience doesn’t find sympathy in Roxie, you don’t have a movie. For most of the duration, you’re rooting for her precisely because she is despicable — she relishes her ability to spin her story into tabloid gold, finding new ways to keep herself in the spotlight. At the end when she sings “Nowadays,” there is a turn: you can’t help but feel for her and the journey she went through. That pathos is real. The audience shouldn’t feel sympathy for her; the media has moved on-she is now just going to have to get a regular job like anyone else. But because of Zellweger’s innate ability to show vulnerability, we want Roxie to remain a star.

That’s also what we want for Renee, and that makes this her best performance in a movie.

‘Judy’ is now in theaters