Here are the top Rise of Skywalker takeaways from Resistance Reborn.

As the last major novel release before Star Wars: The Rise of Skywalker, Resistance Reborn had a lot of legwork to do. We don’t know where the final Skywalker film will begin, but whatever your feelings on The Last Jedi, everyone can agree that VIII left plenty of unanswered questions in his wake.

Resistance Reborn tackles many of those questions and adds new dimensions in what we can expect from The Rise of Skywalker in a fast-reading and rewarding package.

Before I continue, I really should reiterate: Star Wars fans should definitely read Resistance Reborn. It’s more than worth your time and will really enhance your experience going into The Rise of Skywalker. The major spoilers included below just won’t do the same thing. Seriously.

The new plan for the Resistance

As you might be able to tell from the title, Resistance Reborn is primarily focused on Leia and Poe’s attempts to rebuild the devastated opposition to the First Order. With their numbers mostly limited to the Millennium Falcon and Poe’s Black Squadron, Leia manages to earn safe haven on Ryloth where they are joined by allies old and new — more on that in a second.

But after an attack by the First Order, the Resistance is forced to flee once again, with no safe place to hide their numbers. Leia and Poe give the ragtag team of fighters a new mission: scatter. Fight tyranny in small bands around the galaxy, planting the seeds of resistance wherever it needs to be sown.

Instead of a fleet and an organized command structure, the Resistance now takes the form of a shadowy guerrilla army, united by their hope in a free galaxy.

They may not look like much, and they may not be fighting just yet. But when the time comes, they’ll definitely be ready.

Who’s in the new Resistance?

As Shana O’Neil wrote in her review, the question of where the Resistance’s absent allies have gotten to is a pressing problem throughout Resistance Reborn. Some of these allies turn up throughout the book, successfully recruited to join the adventures.

These include Zay Versio and Shriv Suurgav (of Star Wars Battlefront II), the Twi’lek Yendor and his son Charth, and the ex-Imperial Teza Nasz. The Resistance also picks up former Rebellion General Rieekan, and pilots Wedge Antilles and Norra Wexley (of the Aftermath trilogy).

Don’t necessarily expect Wedge and Norra to turn up in The Rise of Skywalker though, as the two older fighters enter semi-retirement at the end of the novel, turning to recruitment rather than combat.

By the end of Resistance Reborn, we also learn what happened to some of the many allies who failed to support the Resistance in their hour of need in The Last Jedi. Many suspected allies, or would-be allies, have been tracked down and kidnapped, or killed, by the First Order.

The events of the book lead to many of the survivors being rescued and joining the Resistance — most notably Ransolm Casterfo, the dashing young senator who has been presumed dead since Bloodline. Shaken and aged by torture and loss, Casterfo is nevertheless a highly prized friend and asset of Leia’s, and may be positioned to play a role in The Rise of Skywalker.

One consistent motif through Resistance Reborn is the profound toll that years of rebellion have taken on General Leia. Throughout the novel, she struggles through pain, profound exhaustion, and grief to be the leader that the Resistance needs, and the strain is beginning to make itself known. At the end of Resistance Reborn, Rey and Poe note that Leia seems content that the Resistance is in good hands with the next generation, though of course she plans to continue the fight.

So does this mean that Leia will become one with the Force in The Rise of Skywalker? Such a development would sadly not be unexpected given Carrie Fisher’s passing in 2016. But while we shouldn’t count our generals before they pass, Resistance Reborn has me casting repeated worried looks in Leia’s direction.

What’s up with Rey, Finn, and Poe?

As one of the story’s main narrators, Poe Dameron receives the benefit of the most attention in Resistance Reborn. Throughout the novel, Poe struggles with guilt over his insurrection in The Last Jedi, and the grapples with his identity as a leader. At one point, Poe even contemplates his own death as a fair trade for the success of the Resistance.

Eventually, the Black Squadron leader is able to find a balance between his prior actions and his dedication to the future of the galaxy, setting him up as a strong successor to Leia in The Rise of Skywalker. 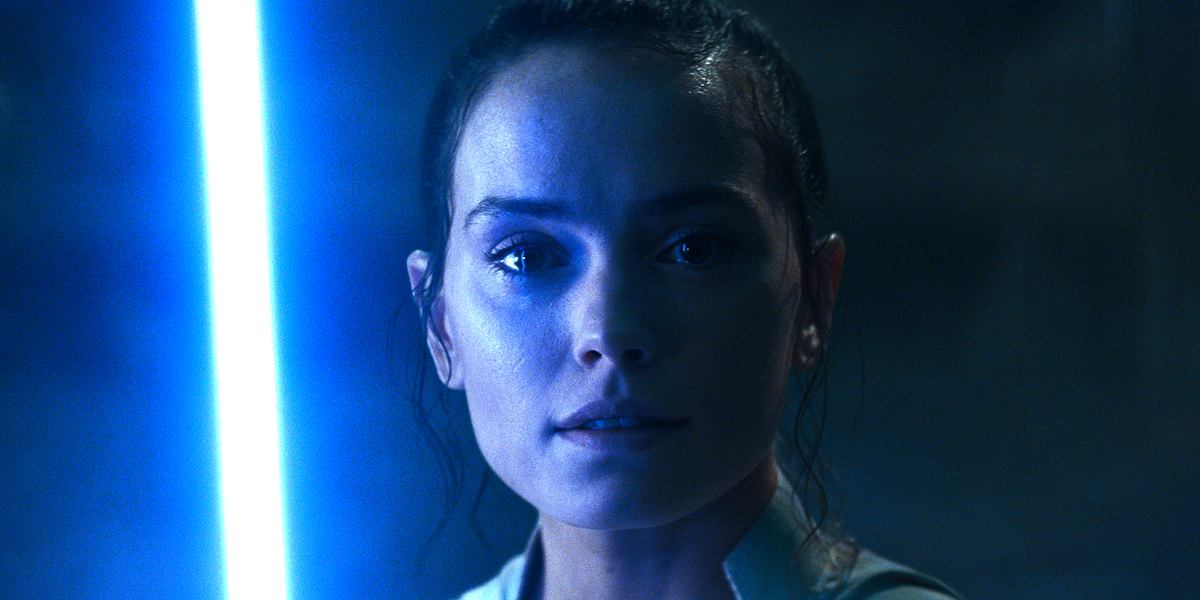 Finn receives less attention in Resistance Reborn, though he does ably accompany Poe on the book’s climactic mission. (Which also leads to an adorable scene in which Poe has to teach Finn how to tie his tie.) But Rey is the least-attended character of the central trio, mostly lurking around Leia’s plot line to contribute her piloting skills and one crucial use of Force-granted prescience. (Rose is similarly sidelined, though she has a few cute moments.)

Despite the scattering of the Resistance at the novel’s end, it seems like Rey, Finn, and Poe are heading out together on a joint mission. Hopefully, The Rise of Skywalker (or at least its opening movements) will give us the crack team we’ve been waiting so long to enjoy.

Where is Kylo Ren, and what is the First Order doing?

The First Order are also dedicated to building new starfleets, using prisoner labor to achieve their goals. All told, it looks like the heir to the Empire will be quite a formidable enemy when Rey and the Resistance are finally ready to publicly throw off their growing yoke. But the Force side of the First Order remains largely mysterious in Resistance Reborn. Early in the story, Leia and Rey discuss Kylo Ren. Leia has no answer as to how her son fell so thoroughly to the Dark Side. She tells Rey that she maintains some hope for his return to the light, but ultimately that will be his choice — as his fall was.

“No one can save Ben but himself,” Leia concludes. “And I don’t know if that is what he wants.”

What is Maz Kanata up to?

Unsurprisingly, Maz Kanata handles the losses on Takodana and that wild business during The Last Jedi just fine. In Resistance Reborn, she has set herself up on the gauzy spa-planet of Ephemera and — to Poe’s frustration — declines Leia’s offer to join the Resistance.

But watching from afar doesn’t mean that Maz is out of the story. As she may do in The Rise of Skywalker, Maz provides crucial information to Leia’s forces when they need it most. It’s safe to say that even if Maz is only on screen briefly, she’ll definitely make a big impact in the upcoming film.

And as for shipping…

Resistance Reborn is mostly coy on the romantic front, but one thing the novel tells us for sure is that — at least for the moment — nothing is officially going on between anyone.

Rey and Finn have an intense but unheard conversation about her Force-premonition, but Finn tells Poe that they are “just friends.” Finn also rejects the idea that he is with Rose, telling Poe “We talked about it and Crait was… a moment. But that’s it. Friend there too.”

As for the Stormpilot fans out there, Resistance Reborn is fairly slim apart from the aforementioned tie-tying scene. Oh, and Poe does think about how Finn “meant a lot to him,” but it remains to be seen whether or not Poe is also on Finn’s long “just friends” list in The Rise of Skywalker.