A new school year has begun at Riverdale High, and it looks like senior year is going to be the most dramatic yet.

Even though it’s the second episode of the season, Riverdale 4×02 was the real kickoff of season 4. While the season premiere served as a beautiful tribute to Luke Perry and Fred Andrews, this week got the ball rolling for what the characters will be going through in their senior year.

After the obligatory season opening sex montage, Riverdale season 4, episode 2, spent a lot of time establishing the tone of the school year, and shining some light on the show’s friendships. Season 3 was so packed and scattered that there wasn’t a lot of time to showcase some of the core platonic relationships, but it looks like they’ll be building them up, this season. This is probably an effort to capitalize on the emotional impact of graduation goodbyes, but we’re not complaining.

As for the tone of the school year, it’s going to be a strict one, with Principal Honey at the helm. From shutting down dances to asking a student to take a sabbatical from school (because that’s totally a thing), this guy is off to a pretty bad start. Honestly, I’m not at all convinced that he’s not working for Hiram Lodge or Edgar Evernever, if only because at this point, there doesn’t seem to be a unifying element to the Riverdale drama in season 4.

Cheryl has already gotten on Principal Honey’s bad side, and I’m thinking he’s going to skip the vinegar and go straight to poison. With the literal skeletons Cheryl has hiding in her closet, I’m not sure it’s wise for her to be making any enemies. Or, you know, throwing parties at her house, where innocent football players can stumble upon Jason’s chambers. 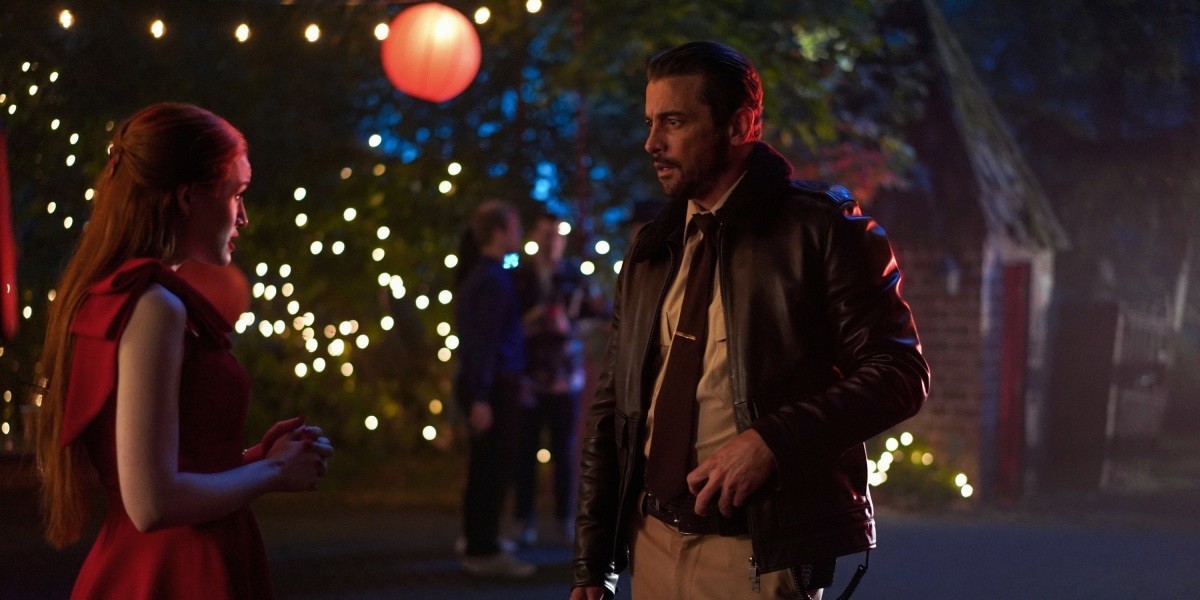 What’s most intriguing about Cheryl’s newfound friendship with Jason’s corpse, is the fact that she knows what she’s doing is strange and wrong. She’s terrified that people will find out her secret, yet, she continues on. I can’t wait for Toni to find out, and to hear Cheryl’s explanation for what she’s been up to. It’d better be a good one.

Apparently, the gang’s senior year will also be a paparazzi filled one, thanks to Hiram Lodge. Veronica’s song, dance, and statement might keep them at bay for a while, but she still has a long road ahead of her with their cases and sentencing. No matter what her last name is, or where she escapes to college.

For Jughead, however, none of the above will be true. It looks like he’s officially transferring to Stonewall Prep, where his academic gifts will be adequately appreciated. I really like this storyline for Jughead. It’s been a while since we’ve gotten to explore this side of him, and I think senior year is the perfect time to hone in on it. However, it may also be what leads to his eventual disappearance, so maybe Veronica is right about the school, after all.

The first friendship that Riverdale season 4, episode 2, tackled was the fractured one between Betty and Kevin. I was honestly scared that they weren’t even going to address Kevin’s past in the Farm, since he was just hanging out like old times in the season premiere, but it’s clear now that an exception was made, due to the circumstances.

After all the back and forth between Betty and Kevin in this episode, I still have no idea if we can trust him, and I’m leaning toward no. He sounded scared and shady when he reported his sightings to Betty and Charles, and I’m terrified about what that might mean for Alice. If Kevin is telling the truth, though, it’s possible that Alice simply made her escape from the Farm, but hasn’t yet been able to contact Charles.

Kevin still has a lot of work to do to get back in my good graces, but luckily for him, Betty seems to be willing to forgive him. Betty was amazing in this episode. She cooly called Kevin out on the severity of his crimes, she confronted him when necessary, and she was still kind to her old friend when he needed her most. She’s cautious, but not cold, and that might be the best thing about her. 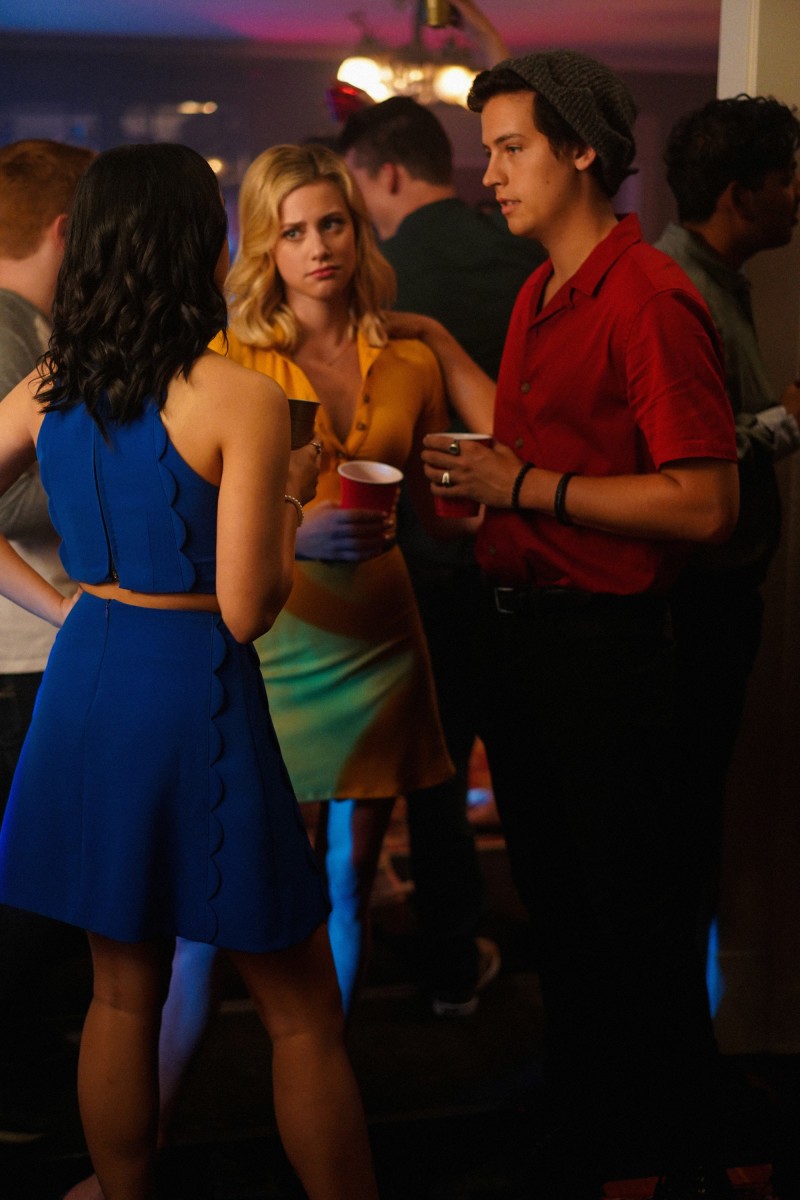 I’m intrigued by the relationship between Betty and Charles, but I don’t feel like we got enough of it in Riverdale season 4, episode 2. They seem more like colleagues than family or friends, and I wonder how their dynamic progressed since they initially met. I think they let this relationship fast forward a little too much before dropping us in the middle of it, but I’m hoping we can see it progress, from here. Ideally, that will happen with Alice back in the picture!

While I liked most of this episode of Riverdale, there was one part that I really had a problem with. Season 4, episode 2, also shone a light on the friendship between Reggie and Archie, but I definitely wasn’t a fan of how they went about it.

For how big the character is in the Archie comics, Reggie has been notoriously sidelined in the Riverdale series. At best, he’s been a means to an end for the core four (plus Cheryl) characters to work around.

In Riverdale season 3, the show heavily alluded to the fact that Reggie’s dad beats him. A very serious, very real thing that unfortunately, many people deal with. It looked like the show was going to tackle it, but it was swept under the rug, almost as quickly as it came up.

And then…they resolved it by the end of the episode.

Yup. You heard me. They resolved Reggie’s lifelong problem in one episode. Cars were destroyed, bromances were mended, and all was well. We’ve gotten two seasons of Veronica’s dad acting like a child, with probably more to come, but nah, let’s wrap this one up. We’re done here.

Now, we can still hope that Reggie will be a bigger part of the story in Riverdale’s senior year, or that they’ll check in on his progress with his father, from time to time. For now, I’ll give them some benefit of the doubt on this, but overall, it’d be nice to shed some more light on the supporting characters, this season. They’re on the right track, and I hope they keep it up! 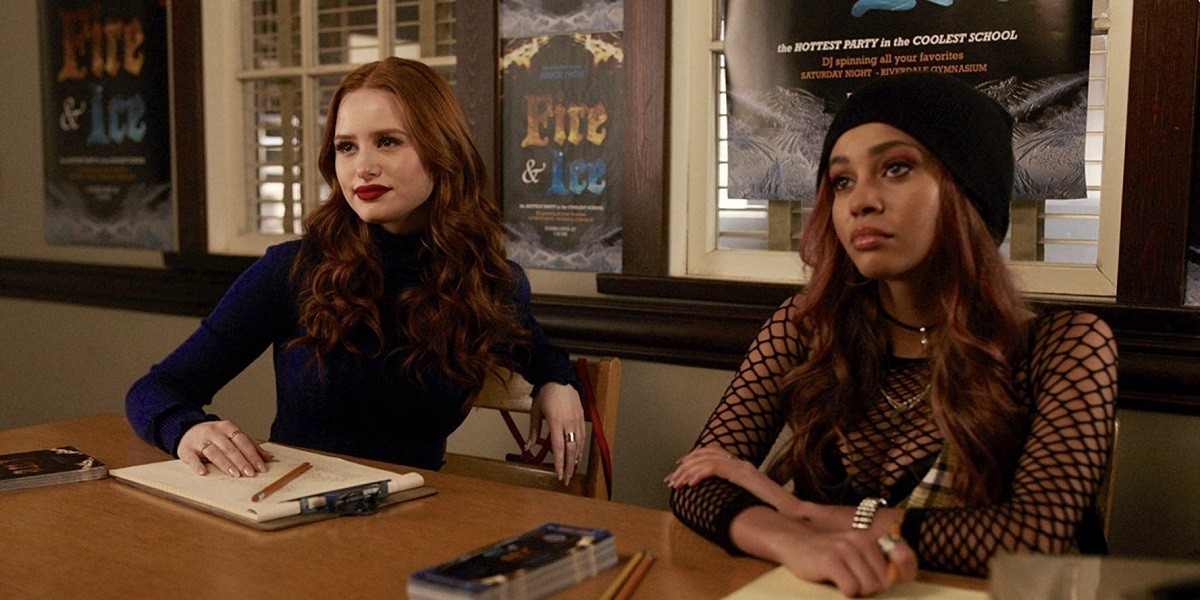 Cutest couple: Betty and Jughead (Bughead)
Best dressed: Everyone in the ‘All That Jazz’ number!
Worst dressed: Hiram Lodge. Prison orange doesn’t look great on you, either, but I hope you keep wearing it for a long, long time.
Most likely to play in the NFL: Monroe Moore aka Mad Dog
Least likely to graduate: Jason Blossom
Most likely to age gracefully: Kerr Smith. Somehow, that guy looks even better as Principal Honey than he ever did as Dawson’s Creek’s Jack!