The Riverdale mid-season finale did what any good finale should. It left us absolutely desperate for what’s next.

Riverdale season 4 has been working on some big plot lines for each of the lead characters, and many of them came to an exciting head in the mid-season finale, “Chapter Sixty-Six: Tangerine.” In this episode, Archie, Veronica, Betty, Jughead, and Cheryl were each given a new opportunity or obstacle to fuel them for the rest of the season.

The most exciting loose ends that Riverdale season 4, episode 9 tied up were those of the Blossoms. It turns out, Cheryl isn’t being haunted by a doll possessed with the soul of her absorbed triplet. It’s just Penelope doing what Penelope does best. Making Cheryl “cuckoo bananas.”

After Cheryl’s breakthrough with Mrs. Burble, I was getting a little nervous about how much of this episode passed with Jason still safely above ground. I was starting to get scared that they were going to allow Cheryl to keep him forever. However, eventually, she came to her senses and sent him out in a final blaze of glory.

Unfortunately, although she no longer has a corpse in her closet, she now has a fugitive in her fort. Penelope is back, and has certainly offered no sane explanation for her actions. Apparently, she was jealous of Cheryl’s happiness with Jason’s corpse, so she tortured her. You know, normal mom stuff. 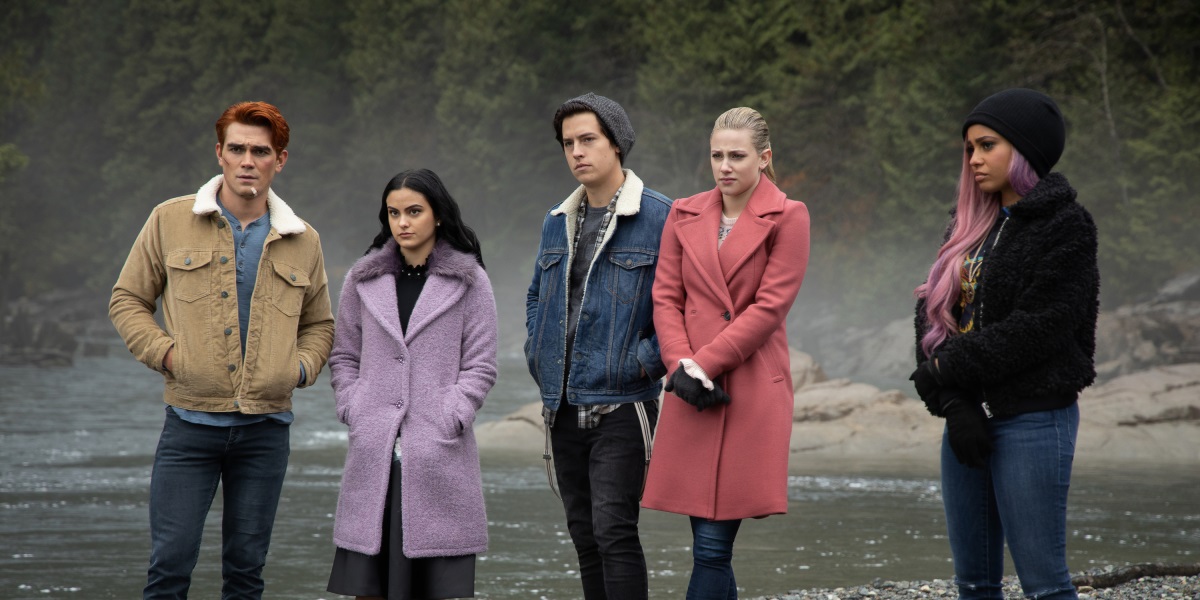 I kind of wish that Cheryl could move on to a more senior year appropriate storyline for the rest of Riverdale season 4, but Penelope is so fun that I’m kind of excited to have her back. At least now that Cheryl is dealing with a person with a pulse, we could see some interesting Blossom breakthroughs.

Veronica’s family drama is equally hopeless. Maybe Hiram and Penelope should get together! With the way they toy with their children, they honestly seem like a match made in heaven. Veronica’s dad played with some fun new forms of sabotage in the Riverdale mid-season finale when he had Pop’s liquor license revoked, and invited Veronica Columbia admissions officer to La Bonne Nuit.

I was a little confused about why Veronica thought her chances with Columbia would be dashed after Shoshanna’s visit. Is she lying about La Bonne Nuit on her applications? Was she embarrassed about her epic performance? Did she think the daddy drama looked too childish? Either way, I wasn’t surprised that it wasn’t an issue. Especially since we already know that Veronica will be travelling to New York when Riverdale returns!

Archie also continued on the emotional path that Mrs. Burble set him on in this episode of Riverdale. In her office, he finally admitted to the anger and hurt he’d been carrying around, and he was also able to share that with his mother in the mid-season finale.

Things got really scary for a minute when Archie was beating Dodger. He’s obviously in a place where he needs help, and I hope Mary knows how to get it for him. I wonder if she’s responsible for Frank’s sudden appearance in town. My guess is that it’s likely. I’m excited to see how Archie responds to his uncle. Also, Frank Andrews is played by Ryan Robbins, who looks like he could easily be Luke Perry’s brother! 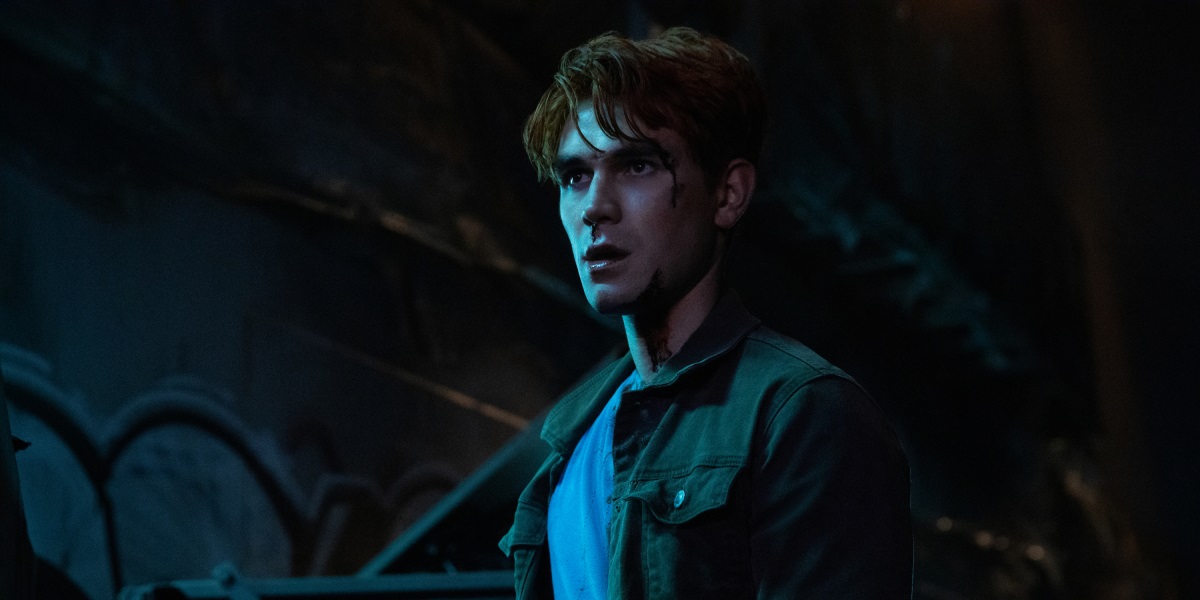 Hopefully Frank can be a better father figure than F.P. was to Archie, and than F.P.’s dad was to everyone. F.P. really doesn’t get this whole Sheriff thing, does he? I don’t think it usually entails putting on your gang uniform and helping a kid play the vigilante. Even if it was “for the last time.”

That being said, where F.P. has failed as a law enforcement professional, he has definitely succeeded at being a great dad to Jughead in Riverdale season 4. Especially considering what we now know about his own father. I’ve really loved how these two have been able to be vulnerable with each other and create an even deeper bond over their thoughts on Forsythe the First.

However, there has to be something fishy about Jughead’s grandfather, right? I don’t think he was just wrong about everything. The fact that Charles was involved makes me extra concerned. This guy could just be a plant that DuPont hired to keep Jughead in line. I’m both surprised and suspicious that Jughead was chosen as the Baxter Bros. ghostwriter after what he’s been through with DuPont. I definitely don’t trust that guy.

I am willing to change my mind Jughead’s Stonewall classmates though. Especially when they showed up in full Hogwarts robes to initiate Jughead into the Quill & Skull society. I really hope they don’t end up being evil, but with all we’ve learned about this society, the odds aren’t in their favor. 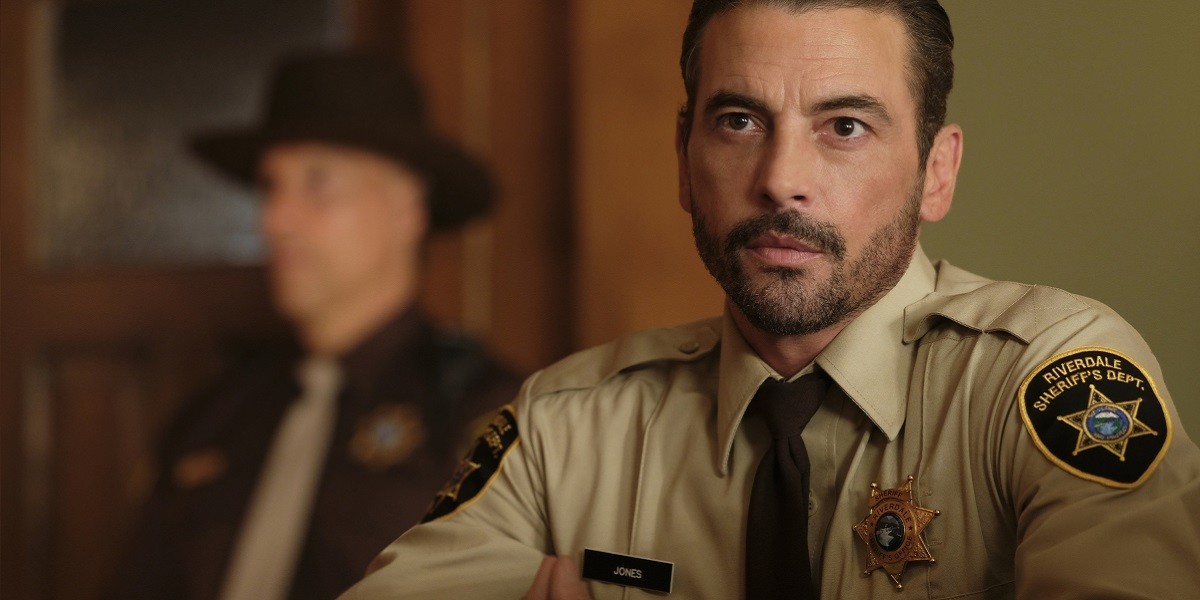 This whole season I’ve been linking the Riverdale flash forwards to Jughead’s storyline, but now, it looks like it might be more closely connected to Betty’s! I’m very intrigued about where they’re taking the “Dark Betty” storyline next. It’s something that’s always lingered under the surface of Riverdale, but rarely makes much of an impact.

I wonder if Betty’s friends will also be used against her dark alter ego, or if she has actually gotten rid of her. Based on the flash forward, it doesn’t look like it. Also, I wonder if only people who were subject to mind-control at the Farm will be susceptible to the “tangerine” trigger.

It’s getting more obvious that Charles is heavily involved in whatever happens to Jughead in the flash forward. He seems to be pulling strings for both Jughead and Betty right now, and it looks like their paths will be intertwined over Spring Break. I don’t like how much they’ve both begun to trust him. They’re letting him into their minds and their families, and those are dangerous places for him to be. 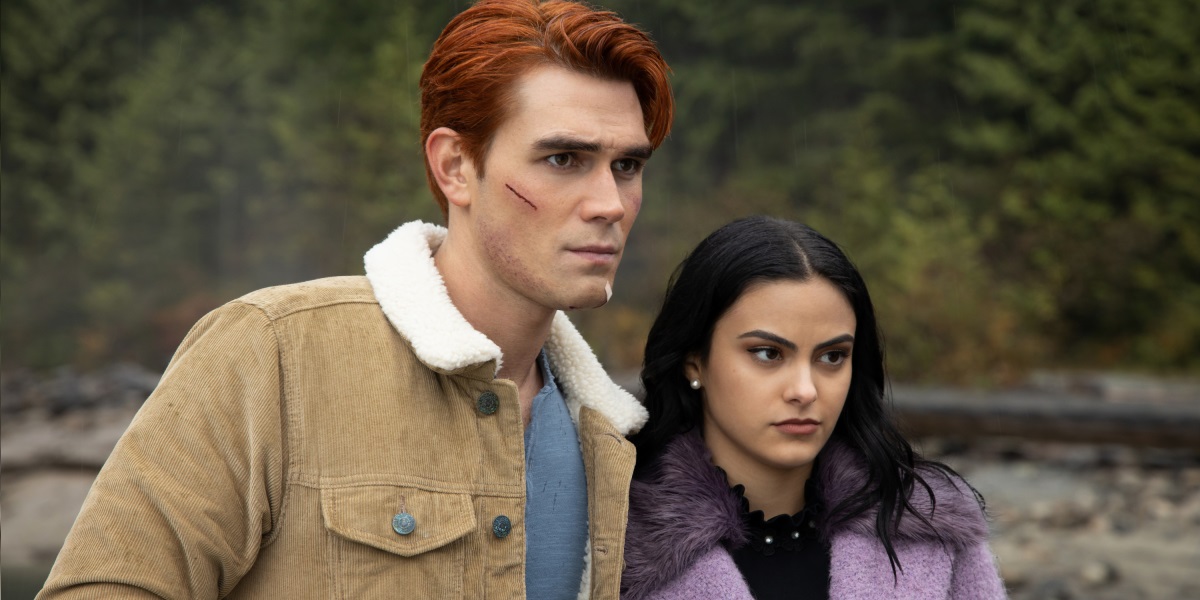 Cutest couple: Choni. Toni has gone above and beyond to be there for Cheryl in Riverdale season 4, and she deserves some recognition for being cruelly referred to as a “she-goblin!”
Hottest: Jason. Sorry, bad joke.
Most likely to be charged with assault: Archie. Just stop.
Most likely to completely misinterpret patent law: Veronica. Come on, girl.
Most likely to forget to read the “Sheriff” job description: FP. Wow.