Riverdale’s latest mysteries began to unfold in season 4, episode 3. Here’s our review of the episode.

Three episodes into Riverdale season 4, and it already seems like we’re in the thick of some of the season’s mysteries. However, others are just beginning to reveal themselves. This episode focused on propelling some of the season’s main storylines forward, setting up the problems that the characters will be faced with for the rest of the season.

As far as Riverdale cliffhangers go, season 4, episode 3 had not one, but two of the biggest ones yet. The first was surrounding Cheryl and Jason.

We all knew it had to happen eventually, and Toni finally caught Cheryl with her new/old bestie in season 4, episode 3. I can’t wait to see how she reacts to seeing Jason’s corpse in the next episode of Riverdale. I’m also very intrigued by Nana Rose’s mention of “the triplets.” Do Cheryl and Jason have a secret triplet, or do Juniper and Dagwood? Or, is there a third Clifford Blossom running around?

The second big cliffhanger in Riverdale season 4, episode 3 presumably came from the Farm. What could that videotape possibly be? Does it have something to do with Alice and Polly? Could it be some secret information about Charles? All I know is that I’m just as excited to see what’s on the tape as I am to see what Betty and Jughead do with it. 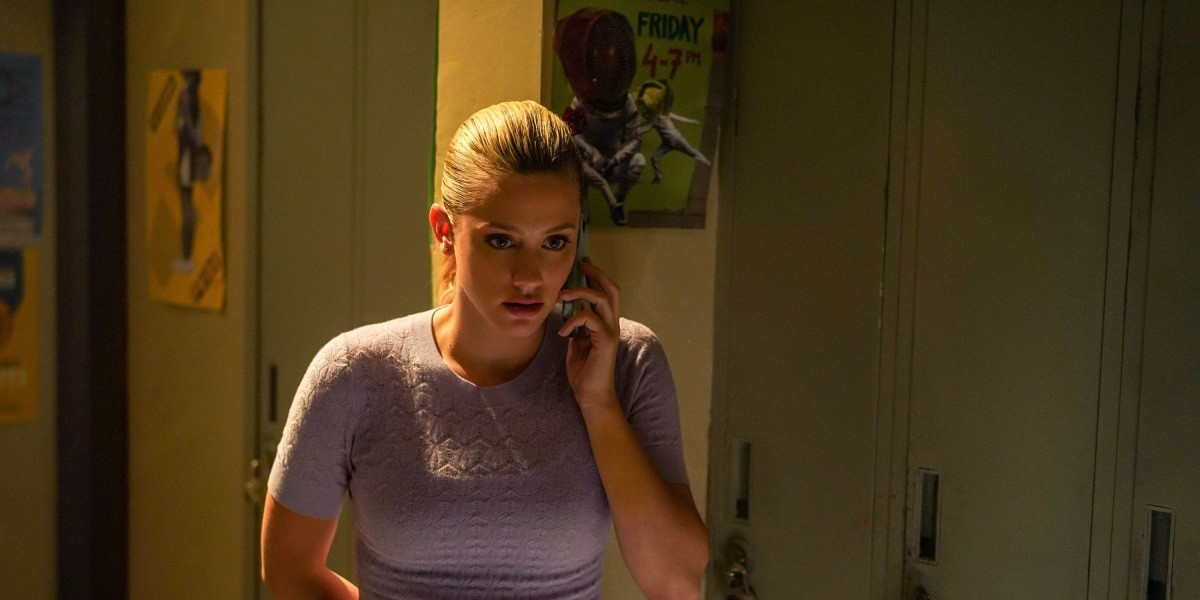 I absolutely loved both Betty and Jughead’s storylines in this episode, but since I already mentioned the Farm, I’ll start with them.

As terrible as he is, it was kind of fun to see Edgar Evernever in season 4, episode 3, if only for the Chad Michael Murray of it all. He was such a surprising, yet great, addition to the Riverdale cast, and I’m going to miss his culty charm on the show. I guess I have Alice to blame for his exit, but let’s be honest, he probably wasn’t long for this world anyway since he was about to fly off on a DIY rocket. Also, I’ll take badass Alice Cooper over any cult leader!

Alice and Betty had the perfect reunion, and it made me desperate for more of them as a crime fighting duo. Maybe, eventually, Polly can even join too, since she might actually start behaving like a real person once she returns from Shady Grove. From the return of the bobby pin, to Alice’s return, to Betty’s unreasonably strong right hook, all of these scenes were amazing.

The question remains, how will Charles fit in with the Coopers now that the case is over? Will he stick around and get to know everybody, or will he be first in line for the next flight out of Riverdale? Or, will he be forced to stay to mitigate the possibility of Evelyn Evernever’s return? I’m not sure how big of a threat she’ll be without her hubby, but I definitely won’t be forgetting that she’s still out there.

While Betty worked on Edgar, Jughead had a different type of leader to deal with. I’m really not loving this Brett guy, and I wouldn’t rule him out as a suspect in Jughead’s pending disappearance. What’s wrong with this guy anyway? Also, how are Jughead and “Marmaduke” supposed to continue living with him after he exposed them?

It was cool to see Moose again, and my fingers are crossed for an eventual reunion with Kevin. I’m not sure why he was so worried about the Stonewall students finding out about his past, but since there are people like Brett there, I guess it makes sense. I hope we see a lot more of him in Riverdale season 4, and that he’s able to regain the sense of freedom he felt before Jughead arrived. 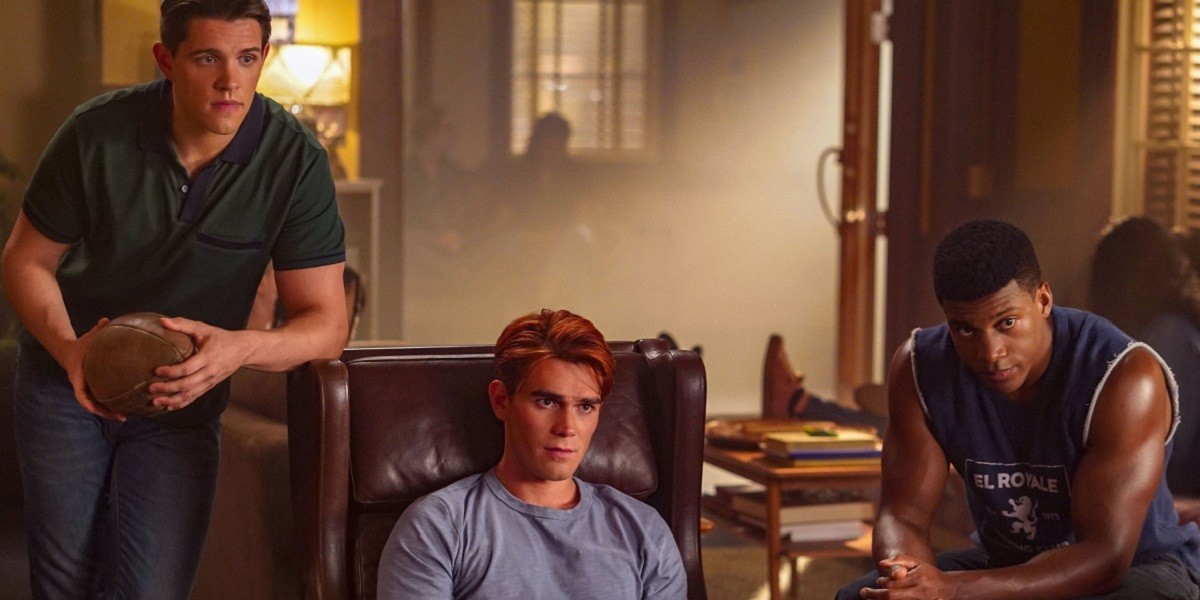 Riverdale season 4, episode 3 really highlighted how much Jughead has grown. He used to be a loner, letting very few people in. When he moved to the Southside, he was a wallflower. Now, he’s a true leader and a strong man with integrity. He’s willing to stand up for himself and fight for what he believes in. His old cynicism has been transformed into true confidence, and I’m excited to see how this continues to flourish at his new school.

If this episode showcased Jughead’s growth, it also made it clear how little Archie has grown. I was so proud of him when he told Monroe that they should go to the police. I couldn’t believe that Archie had finally made a good decision. And then, he changed his mind. I’ve seen more than enough of vigilante Archie, and I’m glad the people in his life are echoing that. What was he thinking, breaking the law, after he just got out of prison?

Aside from Archie’s return to masked martyrdom, I liked his story in Riverdale season 4, episode 3. At first, I was torn between thinking Mary Andrews was completely out of touch and believing she was the show’s voice of reason. Sure, Riverdale is the world’s most ridiculous town, but to tarnish its name so soon after Fred’s death felt wrong.

When Veronica added her two cents, I chose the side of Riverdale, and luckily, so did Mary Andrews. To say that the community center is a futile effort is to doubt the abilities of her own son, and to give up on the town that he and his father loved. It feels right that Archie is honoring his father’s legacy by investing in the town. I just wish he could learn to do it without donning a metaphorical cape. Now that Mary is involved, hopefully that will be possible. 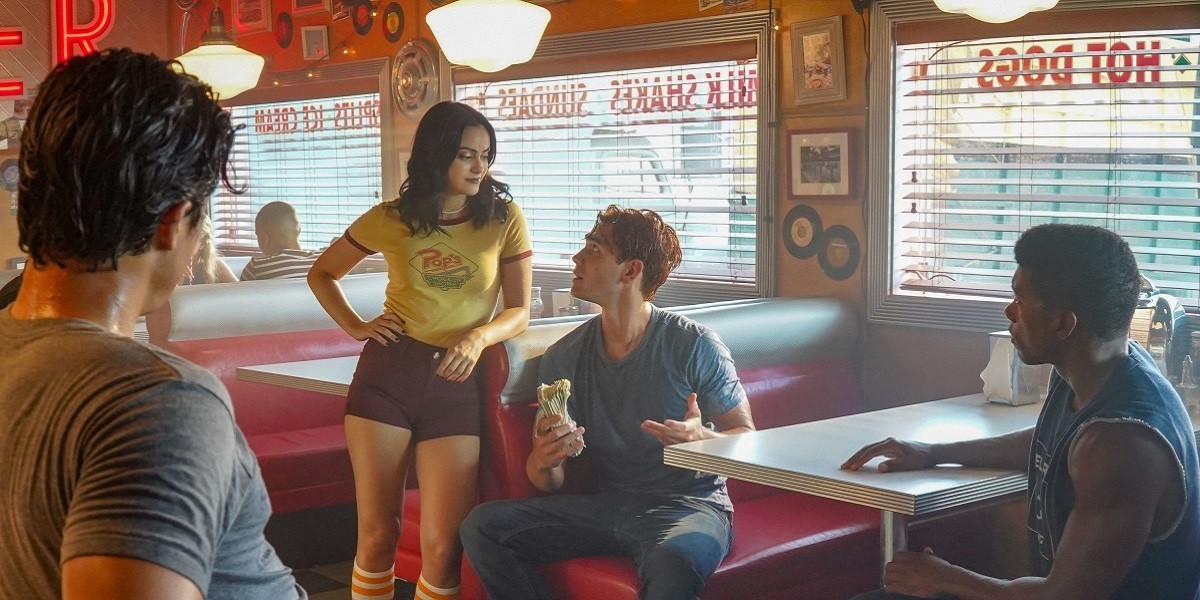 Cutest couple: Varchie. Veronica really showed up for Archie in this episode and made it clear how much she believes in him.
Most likely to show up late because they were having sex: Again, Varchie
Best dressed: All of the guys in the car wash scene.
Most likely to end up in jail: Archie. Again. Unless he cleans up his act.
Most likely to get a buddy cop spinoff series: Betty and Alice Cooper