The creepy video tapes have returned to Riverdale, and the amateur filmmaker is getting way too close for comfort. With the mysterious threat lurking somewhere in the shadows, everyone was even more on edge than usual in Riverdale season 4, episode 8.

Luckily, Mr. Honey made a surprisingly sound decision for the students of Riverdale High. He hired Mrs. Burble to talk to the students (and parents) about the insane things they’ve been through since the series began.

The fact that Mr. Honey had anything to do with this kind of makes me question if Mrs. Burble is actually legit. It’s so hard to trust anyone in Riverdale. However, she made some serious strides with everyone, so I will remain cautiously optimistic about her. Even if it’s only because Gina Torres shines a light on basically everything she does.

Riverdale season 4, episode 8 used Mrs. Burble to tackle some things that I was getting worried would never be addressed on the show. Almost every character had a major breakdown or breakthrough in her office, and some of them were long overdue. 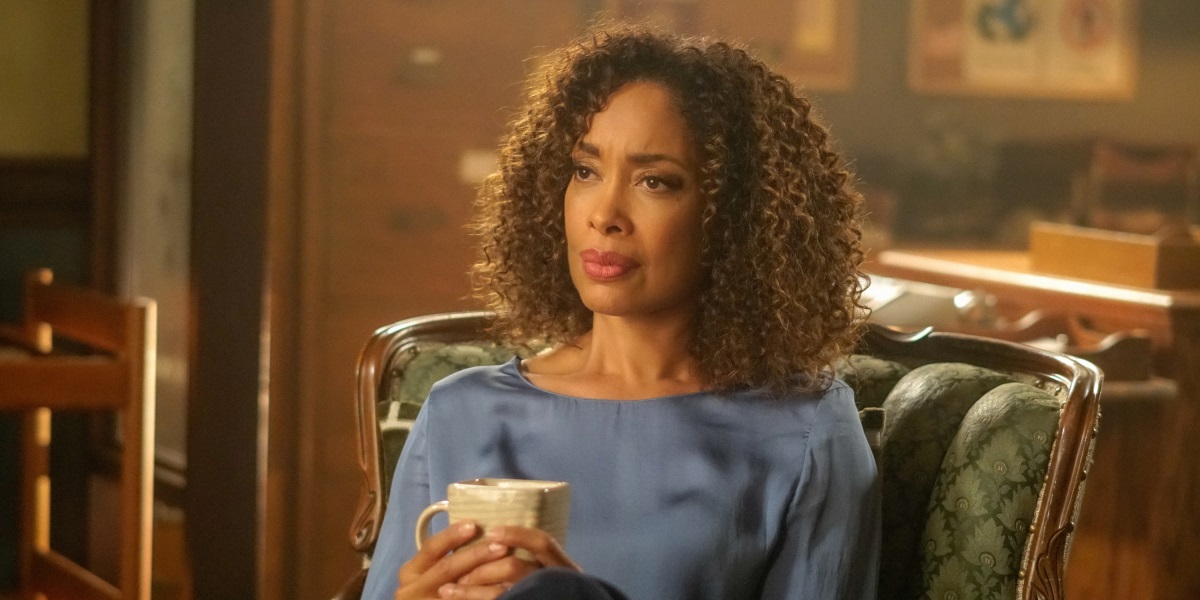 First up was Betty and Alice “no boundaries” Cooper. Honestly I was as shocked as Betty that Alice freaked out about Betty’s birth control, but it exposed some serious demons that Alice has been carrying and brought everything back to that weird song she ad libbed during the “Carrie” musical.

Ever since Betty and Alice took down Edgar together, everything that Alice did with the Farm has been mostly swept under the rug. However, giving away Betty’s college money was unforgivable, so it absolutely needed to be dealt with. Mrs. Burble helped Alice and Betty to be truly vulnerable with each other, so I’m really excited to see how their relationship changes going forward. They have one of the best dynamics on Riverdale, but it still has so much room to grow.

My hope is that Alice does a complete 180 and devotes all of her Alice-ness to getting Betty into Yale! It breaks my heart that she didn’t get in, but I wonder if they’re leading her toward a career in law enforcement instead. She’s always show an aptitude for it, so it would be cool if she were able to use her Nancy Drew skills in the future.

It seemed like both Veronica and Archie made significant breakthroughs with Mrs. Burble. The therapist really pinpointed their personal issues that have been escalating for all of Riverdale season 3 and 4. 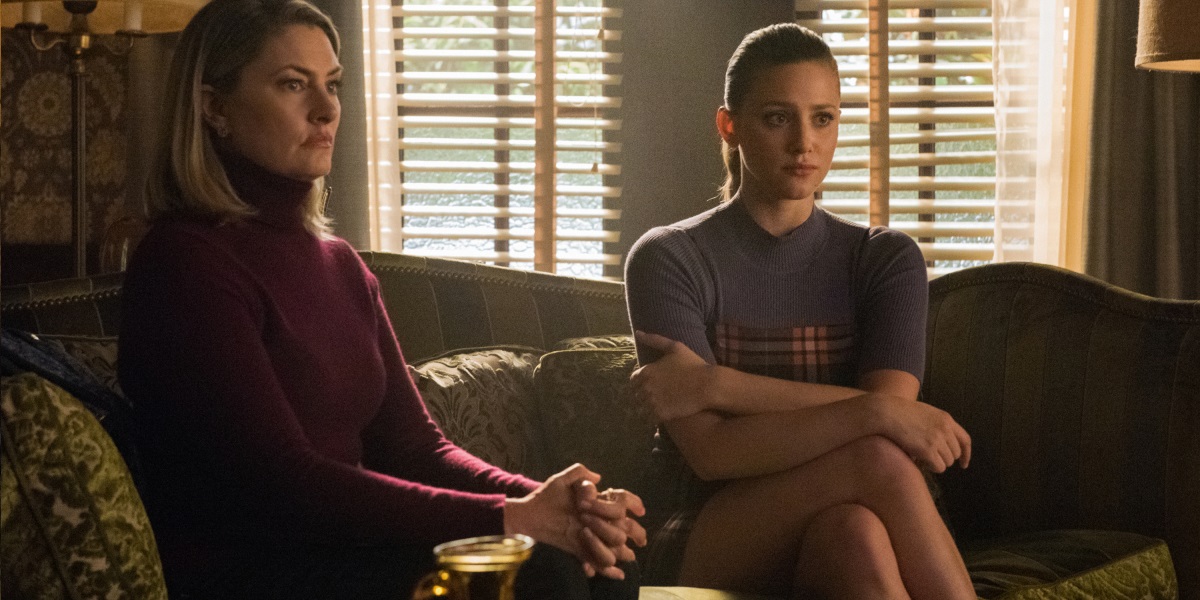 Hiram and Veronica have been doing a weird dance since he came to live in Riverdale, and we finally know why. It makes perfect sense that they have a strange and toxic obsession with each other. Similarly, Archie finally admitted to his anger and pain and dealt with his own form of “daddy issues.” KJ Apa and Camila Mendes both did an incredible job in their scenes in the therapist’s office.

It would’ve been amazing to see both of these characters take what Mrs. Burble said and begin to move forward, but unfortunately, it doesn’t look like that will be the case. Archie’s vigilante mask barely had time to get cold before he picked it back up, and Veronica’s version of cutting ties was making the next move in her dangerous dance with her father. Ugh.

Hopefully Cheryl does better with her advice from Mrs. Burble. I was so thrilled that Cheryl finally dealt with the Jason issue. I was actually getting nervous that people were just going to get used to it and she was going to be reduced to the old “hot girl who talks to her dead brother” trope. Tale as old as time.

Thankfully, she might finally be on the road to recovery. While she won’t have the Vixens by her side, at least she knows that she didn’t absorb her secret triplet! That begs the question, who is moving Julian? I want it to be Penelope, and I’m terrified that it’s Toni. Anybody else would be kind of “meh” though. Unless it’s actually Jason or Clifford.

My one complaint about Mrs. Burble’s appearance in Riverdale season 4, episode 8, is that she didn’t talk to either Kevin or Reggie. Kevin still has some explaining to do for his time at the Farm, and Reggie’s abuse storyline was wrapped up way too quickly. Hopefully Mrs. Burble will be back in Riverdale season 4 to tackle them!

I wasn’t expecting Jughead to make the strides that he did in Riverdale season 4, episode 8. He’s seemed pretty solid this season, but I like that a light was shed on his relationship with F.P. I was really surprised that he hadn’t applied to any colleges, but I’m finding it hard to be worried since he’s been focusing harder on school than ever before.

Of course, he’s mostly focused on his school’s sordid history. Apparently almost everyone in Stonewall’s secret society has perished. However, his grandfather is a notable exception. How did his grandfather escape with his life? Or was it easy, because he was the murderer?

Things are looking more grim for Jughead with every episode of Riverdale. Now, Betty, Archie and Veronica are being identified in a line up by his Stonewall classmates! I knew this must have something to do with that school, and it probably has something to do with their “perfect murder” assignment. I’m desperate to know whose story this is following, and if Jughead’s fate is as it seems. 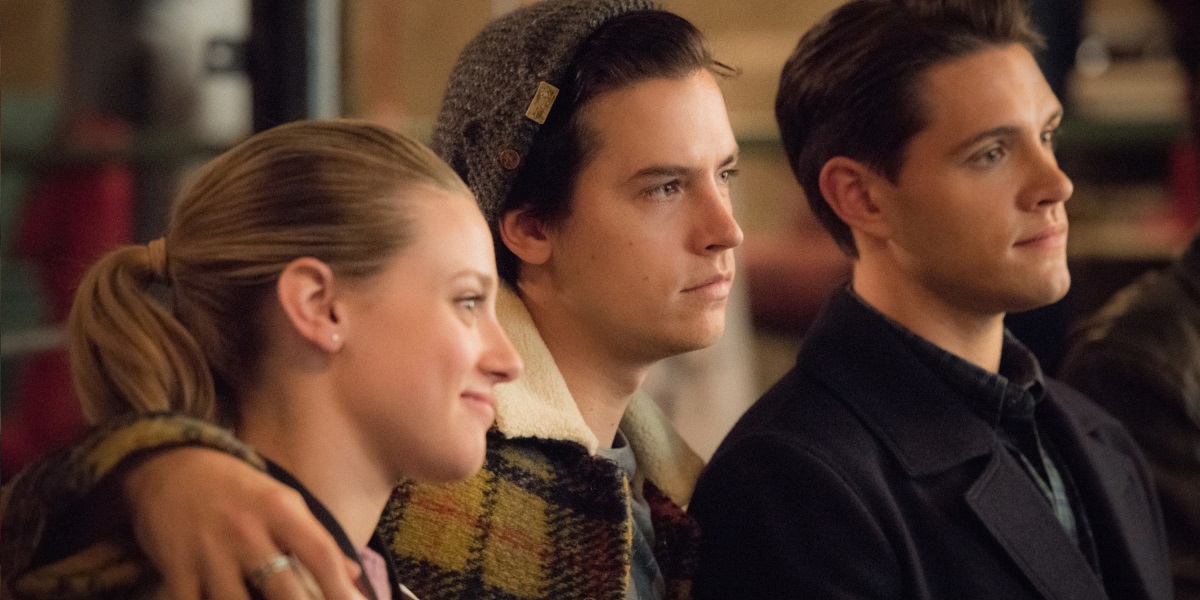 Cutest couple: There was very little time for romance in Riverdale season 4, episode 8, so every couple is the cutest!
Best dressed: Veronica was pure goals sitting behind Hiram’s desk.
Worst dressed: Mrs. Burble. Cheryl was right. That blazer was terrible.
Least likely to hold up under police interrogation: Archie and Cheryl both spilled way more than the tea to Mrs. Burble
Most likely to go to Harvard: Veronica! Congrats, girl. Even though she turned them down, I think she’ll still end up going.
Most likely to not go to college: Betty. It looks like Riverdale might be taking her another way.