This article contains major spoilers for Star Wars: The Rise of Skywalker, as well as The Clone Wars and Star Wars Rebels.

The fate of the Jedi has been, by turns, a background whisper and a pressing question in the Star Wars sequel trilogy. The Force Awakens held an intangible promise of Luke Skywalker and the great order restored. The Last Jedi confronted the missing Jedi head-on, simultaneously de-emphasizing the uniqueness of their ways and venerating the profound connections made possible by the Force.

In The Rise of Skywalker, the fate of the Jedi ultimately returns to more familiar territory — the battle waged between Emperor Palpatine’s Dark Side and Rey’s allegiance with the Light. In the end, Rey, who has been fruitlessly trying to connect with the spirits of Jedi past, receives encouragement and aid from generations of her predecessors, culminating in her epic declaration: “I am all the Jedi.”

And while The Rise of Skywalker didn’t quite deliver all of the Jedi, the film definitely includes a significant number of important Jedi cameos from the annals of Star Wars canon. Some are easily identifiable, but others take a bit more investigation. So:

Who are the voices of the Jedi in ‘The Rise of Skywalker’?

Yes, the Jedi formerly known as Darth Vader makes a cameo appearance in Star Wars: The Rise of Skywalker. In the film’s climactic scene, Anakin’s voice can be heard in the Jedi chorus, telling Rey that “the Force surrounds you,” and urging her to bring balance to the Force as he did. While this is a somewhat generous interpretation of Anakin’s role in the balance of the Force, we can’t really blame him for putting a positive spin on the dark issue when Rey is at such a critical moment.

The Rise of Skywalker marks the first time Hayden Christensen has returned to provide new material for a Star Wars property since 2005’s Revenge of the Sith. The actor had kept his distance from the franchise since the final prequel film, but was welcomed back into the fold at Star Wars Celebration conventions in 2017 and 2019. 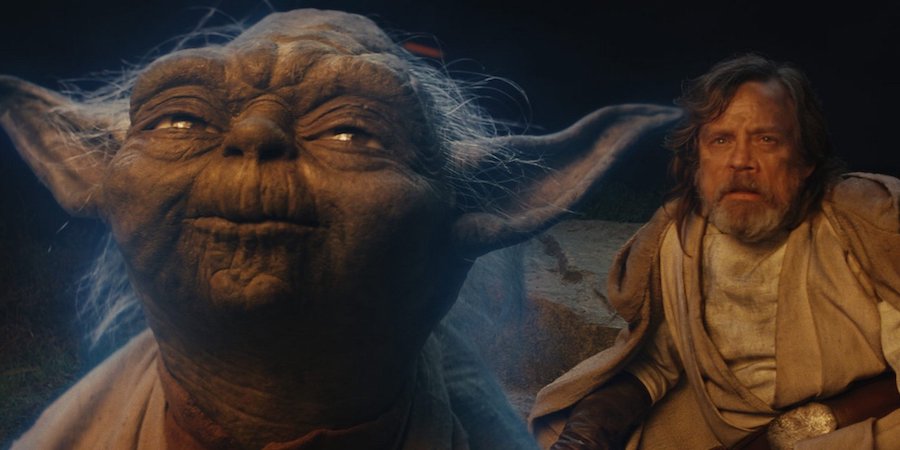 If Anakin Skywalker is one of the most surprising additions to The Rise of Skywalker, Yoda is one of the most expected — though no less gratifying. The legendary character was previously seen in The Last Jedi, his patented blend of trollish humor and profound wisdom helping Luke at a dark moment. Voice actor Frank Oz, the original voice of Yoda, reprised his role once again, encouraging Rey to rise with the legions of Jedi spirits behind her. Another welcome cameo in The Rise of Skywalker comes from Obi-Wan Kenobi, voiced together by the two actors who have portrayed the OG Ben in live-action. Sir Alec Guinness’ voice is edited to call out Rey’s name (presumably the same edit used during Rey’s vision in The Force Awakens) while Ewan McGregor expands on the theme of the Jedi chorus.

But though the Skywalker Saga seems to have come to an end, this won’t be the last Star Wars fans see or hear of McGregor. The actor is signed to star in an upcoming Disney+ series focusing on Kenobi’s life between the prequel and original Star Wars trilogies. 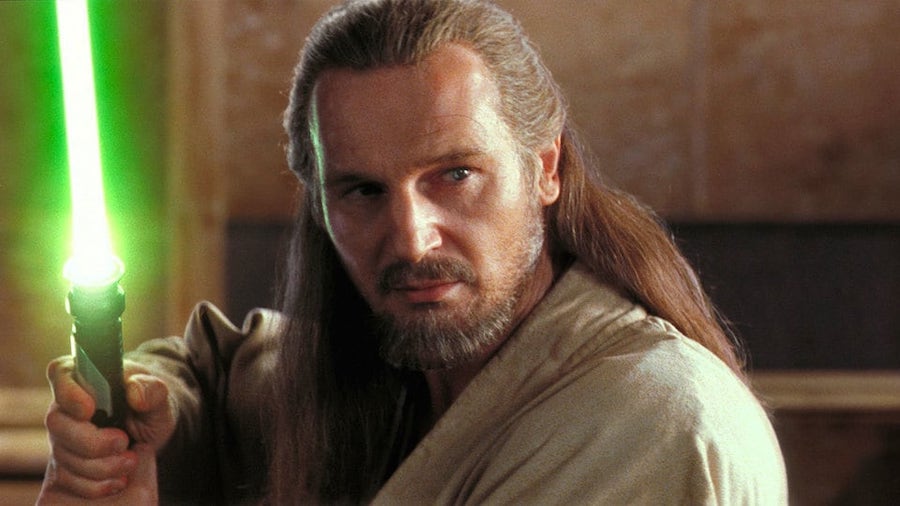 Obi-Wan’s Jedi Master Qui-Gon also has a cameo in The Rise of Skywalker. An original casualty of Palpatine’s machinations in The Phantom Menace, Qui-Gon has become a familiar voice in Star Wars canon as the character learned the ways of becoming a Force ghost.

Liam Neeson has lent his voice to an arc of The Clone Wars series, but The Rise of Skywalker marks the first time he has officially returned to the live-action films. No word on whether Neeson will appear in the voice or Force-flesh in the Kenobi series, but fans can always hope! 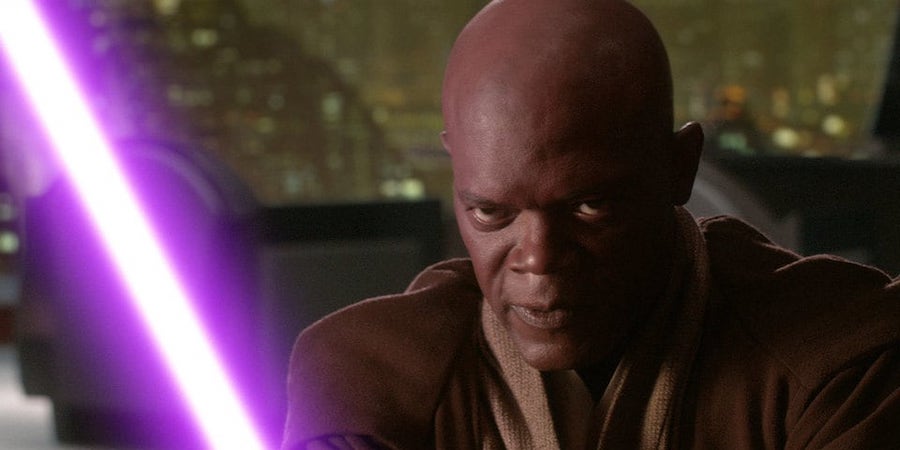 Samuel L. Jackson stepped out of the Marvel Cinematic Universe to briefly rejoin the Galaxy Far, Far Away in The Rise of Skywalker. Mace Windu, who Jackson last voiced in The Clone Wars animated film (and one LEGO video game), joins the Jedi to encourage Rey in her final confrontation.

Apart from being a cool cameo, Windu’s appearance has some nice irony to it, considering that Mace Windu was killed by a blast of Palpaptine’s lightning that sent him plummeting through Coruscant.

Ahsoka Tano is another surprise appearance, and the first of two exclusively animated characters from Star Wars television to cameo in The Rise of Skywalker. Once the padawan of Anakin Skywalker in The Clone Wars animated series, Star Wars’ first major female Jedi trainee has plenty of experience to back up exhortation to Rey.

Over the course of her life, Ahsoka has left the Jedi Order, traveled the galaxy, worked in the Rebel Alliance, clashed sabers in a wrenching confrontation with Darth Vader, and been brought back to life through time. Ahsoka was last seen in the finale of Star Wars Rebels, joining the search for Ezra Bridger after the Battle of Endor — though her appearance in the Jedi chorus strongly suggests that she has died and become one with the Force in the years since.

Ahsoka is voiced by actress, and Star Wars fan, Ashley Eckstein. The Rise of Skywalker is her first appearance in a live-action Star Wars property, though the character will return in the final season of The Clone Wars on Disney+. 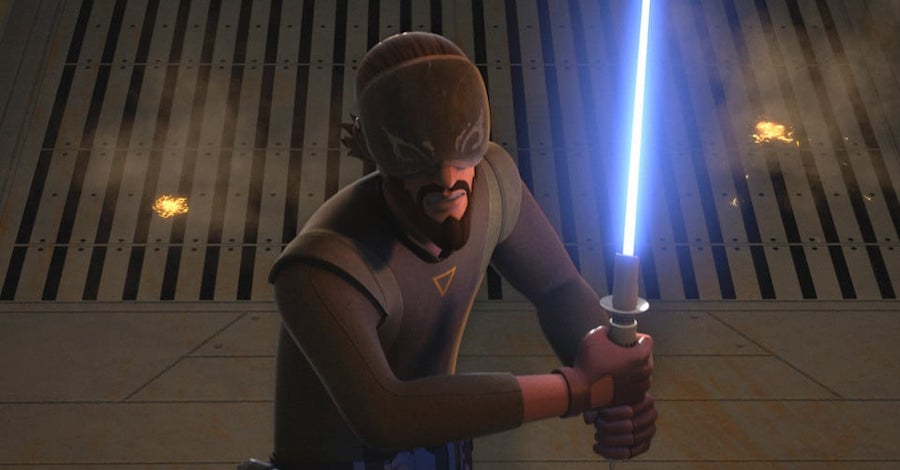 Kanan Jarrus is emblematic of a different kind of Jedi — still a padawan learner when Order 66 occurred, Kanan was saved by his Master Depa Billaba and went into hiding as a young boy. In Star Wars Rebels, Kanan trains Ezra Bridger and ultimately loses his life in defense of the rebels in the final season. Freddy Prinze Jr., also an actor and outspoken fan of Star Wars, reprised the role for The Rise of Skywalker. 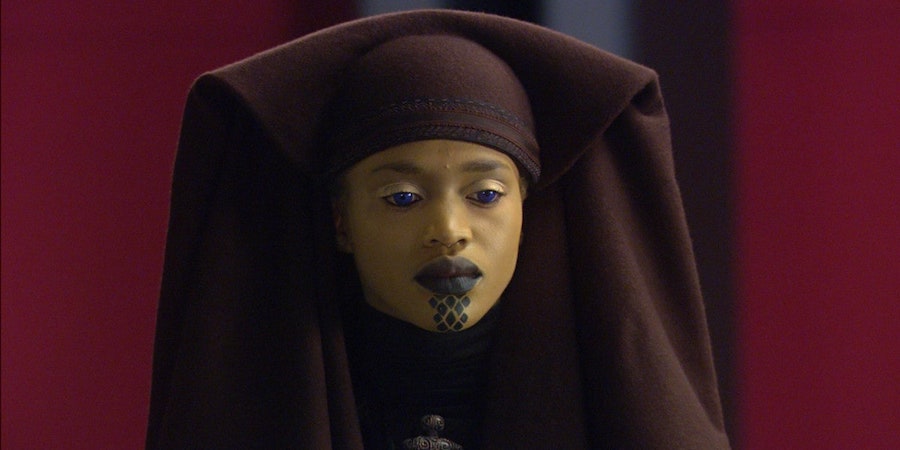 A Jedi Master who appears briefly in Attack of the Clones and Revenge of the Sith, Unduli had a larger role in The Clone Wars animated series where she was voiced by Olivia D’Abo. D’Abo lent her voice to the Jedi chorus, telling Rey, “The light. Find the light, Rey.” 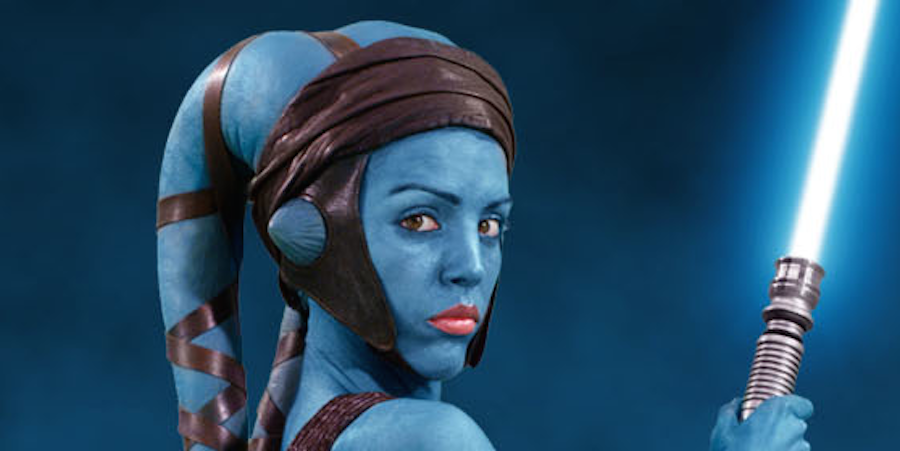 Aayla Secura also appeared in The Clone Wars, and her death is depicted during Order 66 in Revenge of the Sith. Voice actor Jennifer Hale cameoed in Star Wars: The Rise of Skywalker, telling Rey of the Force “Let it guide you, as it guided us.” 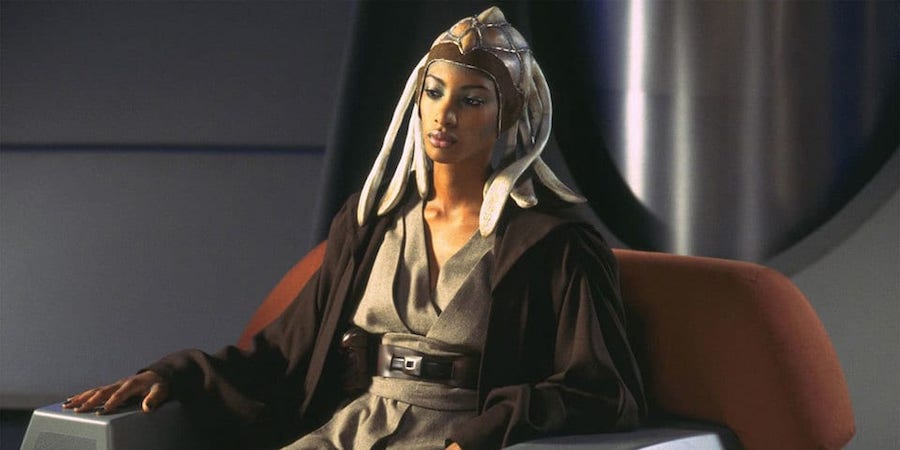 Jedi Master Adi Gallia appears in The Phantom Menace and Attack of the Clones, and is killed by Darth Maul’s brother, Savage Opress, in The Clone Wars series. Voiced by Angelique Perrin, she is among the voices who encourages Rey to rise and defeat Palpatine in The Rise of Skywalker.

Star Wars: The Rise of Skywalker is in theaters now.