Prepare to return to a galaxy far, far away with the final trailer for Star Wars: The Rise of Skywalker!

We’re just two months shy from experiencing the premiere of Star Wars: The Rise of Skywalker in theaters. And if you, like many, just can’t wait to find out what the final chapter of the Skywalker Saga has in store, perhaps the final trailer for the highly anticipated film will be enough to tide you over for the time being.

Watch the final trailer for Star Wars: The Rise of Skywalker below, which premiered on October 21 during halftime on ESPN’s “Monday Night Football” game between the New England Patriots and the New York Jets!

So much is happening in this trailer! Let’s start with the voiceover: First Finn, then Poe, then Rey… Kylo… then Luke and, finally, Leia. Carrie Fisher as the bookend to this trailer embodies the hope of both the trailer itself and all of our hopes for the end of the Skywalker Saga.

What we know based off this trailer: The Emperor is definitely back, and he’s sure all of this is going according to plan. When he mentions that everyone is coming together, it’s true. This is the first time we’ll see all of these characters together in one film fighting as a team. And it sure looks like the Resistance has found more allies based on that amazing shot of all the ships surrounding the Falcon. (Keen eyes will have spotted Ghost from Star Wars Rebels, but there’s a lot more happening in that shot and fans will likely be dissecting it for every possible clue.)

We got a glimpse of Rose, who’s looking a little different than last we saw her. And just behind her? Dominic Monaghan. Who’s he playing, we wonder? There’s also an amazing shot of Naomi Ackie as Jannah riding with Finn and others.

As for Rey and Kylo, those two are still at the center of this story, and what side of this fight each is on seems to vary from scene to scene. We see them fighting atop that giant ship in the water, but we also see the two of them smashing what has to be Vader’s armor. And that hovering figure with Rey? It has to be The Emperor.

Suffice it to say, there’s a LOT going on in this trailer, so we’ll be watching it over and over to catch every clue we can. 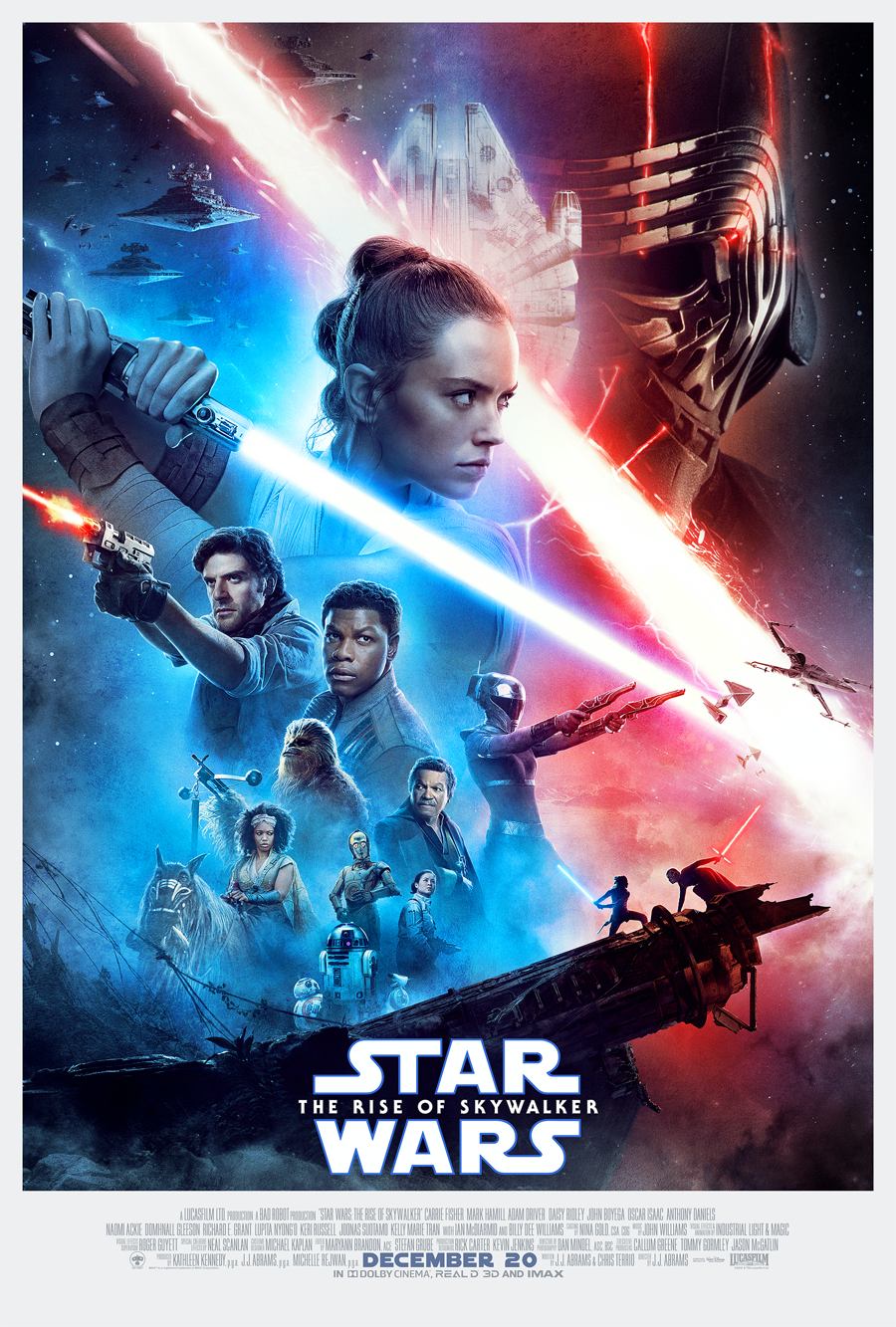 The final trailer for Rise of Skywalker comes just a few months after Disney dropped an emotional special look for the film at this summer’s D23.

D23’s exclusive look kicked things off by incorporating some unforgettable moments from George Lucas’ original trilogy. It also treated fans to a jaw-dropping first look at a much darker looking Rey wielding a double-edged red lightsaber.

Between the epic first trailer, D23’s special look package, and the final trailer we got today, it definitely feels as though we’re in for quite an adventure come December when Star Wars: Rise of Skywalker hits theaters.

And speaking of hitting theaters, fans interested in securing their tickets for the film’s opening night can scoop those up right now, wherever movie tickets are sold!