About a month after Lex revealed Kara’s secret identity to her, Supergirl season 5, episode 1 picks up with Lena planning how to get revenge on Kara for breaking her heart. Meanwhile, three new key characters arrive.

What an absolutely brutal way to start Supergirl season 5. Tearing Kara and Lena further apart, introducing a new side to Lena that we haven’t seen before, and bringing in three characters that are already having emotionally-charged scenes with the main players, it’s all just too much.

Before we begin dissecting the bigger plots of Supergirl season 5, episode 1, can we just talk for a second about how anti-climatic the final moment of the episode was? Bringing Eve in, just for a split second, and having her be kidnapped (presumably by Leviathan) when she wasn’t in the rest of the episode even slightly was a little off-putting. That said, Andrea Brooks is such a wonderful addition to the series regular cast and she loves playing Eve so much (as is clear in the interview we did earlier this year). 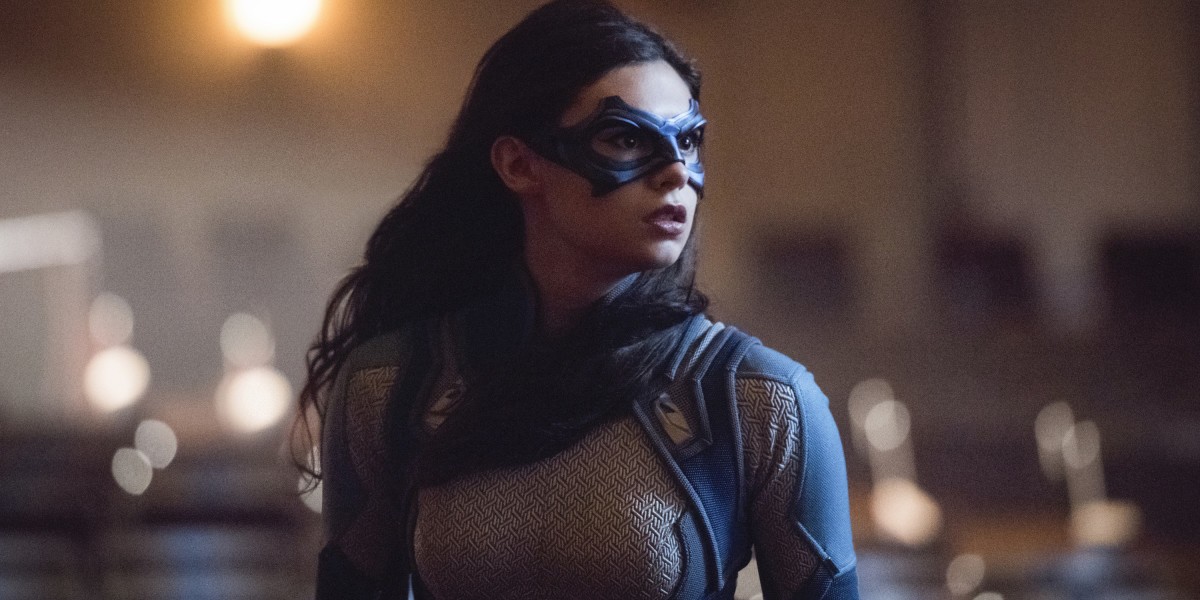 Honestly, this new Lena seems like such a departure from the warm, caring person she’s been for the last three seasons. Sure, she’s had her darker moments, but this new side feels more cold and distant, like she’s effectively isolated herself from her now-controlled feelings. As we can tell, this isn’t the case; Lena’s taking out her true emotions on Kara in the virtual reality world.

It’s very clear anger is the emotion Lena is currently channeling above all. After how Eve and Lex both betrayed her, and her choice to kill Lex — though she doesn’t know that was for nothing (I’m not bitter) — she was already in a place of deep despair. Lex obviously knew the one way to completely destroy Lena was to do this, which I am sure she will realize in the coming episodes and rise above because she is not like her family.

The way Lena represented herself to the audience when she was alone, talking to her fancy Alexa, is indicative of how the writers, I believe, are addressing this total betrayal of trust between Lena and Kara (from her perspective).

Sure, Lena’s actions in this episode weren’t great, but she’s hurting — yet again — after her chosen family betrayed her just like her real one has many times over. People do crazy things when they’re hurting, and as long as Lena doesn’t cross the line, I’m going to stay adamantly on track that she’s not wrong in her feelings. She’s avoiding working through her friend shattering her with thousands of lies, some of which she probably hasn’t even realized yet. I can’t say I wouldn’t feel the same way. 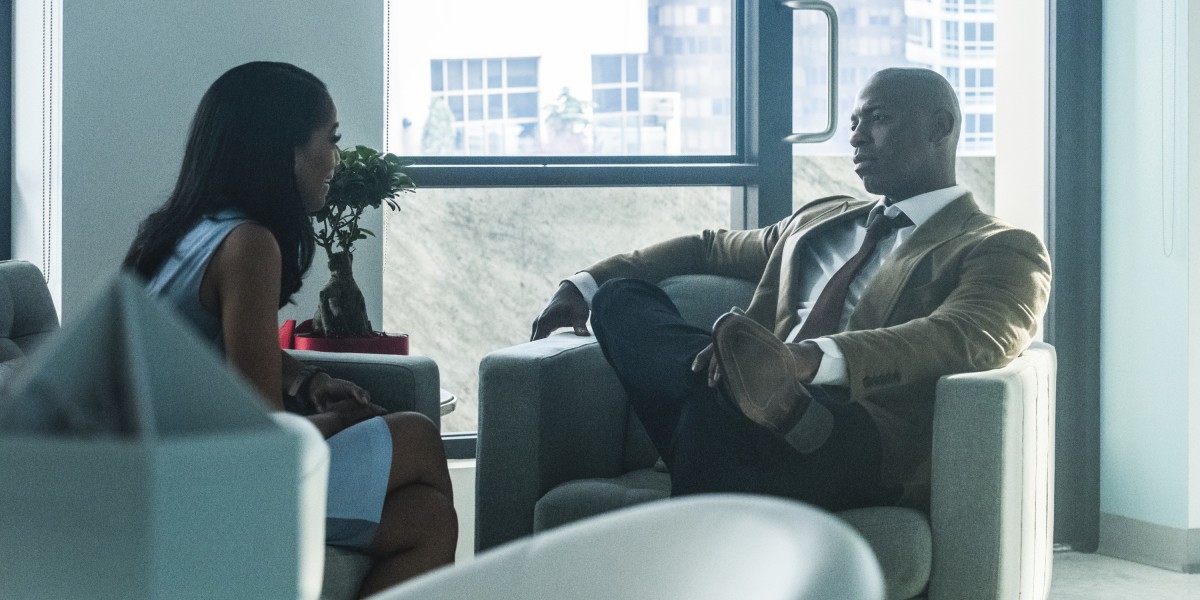 Now let’s talk about the brutal, heartbreaking scene I discussed in my preview of the episode: Kara finally revealing her identity to Lena. It was such an honest, tender moment between the two of them (at least from Kara’s perspective); I wish this had just been how Lena had found out the truth because she would have 100% accepted it, maybe a little less slowly, if it hadn’t come from someone else. I’m so thankful that the scene seemed to be a happy moment, even though Lena was faking.

I genuinely believe Lena’s reaction to Kara finally spilling the beans was partially real. She loves Kara, as is clear by the amount of resentment she currently feels, and Kara is/was her best friend. Kara’s confession made Lena second guess her plan to reveal the truth to everyone, which would have devastated Kara far beyond what Kara’s secret did to her.

Katie McGrath has already received such great content to play in just this one episode, and that makes me even more excited for Supergirl season 5 to progress. She’s clearly waited years to play this side to Lena, and be opposite Kara in such a big way, so even though I want Kara and Lena to reconcile, that will give me some peace of mind if they don’t. Kara and Lena’s relationship should be so fun for the writers to play with this season. 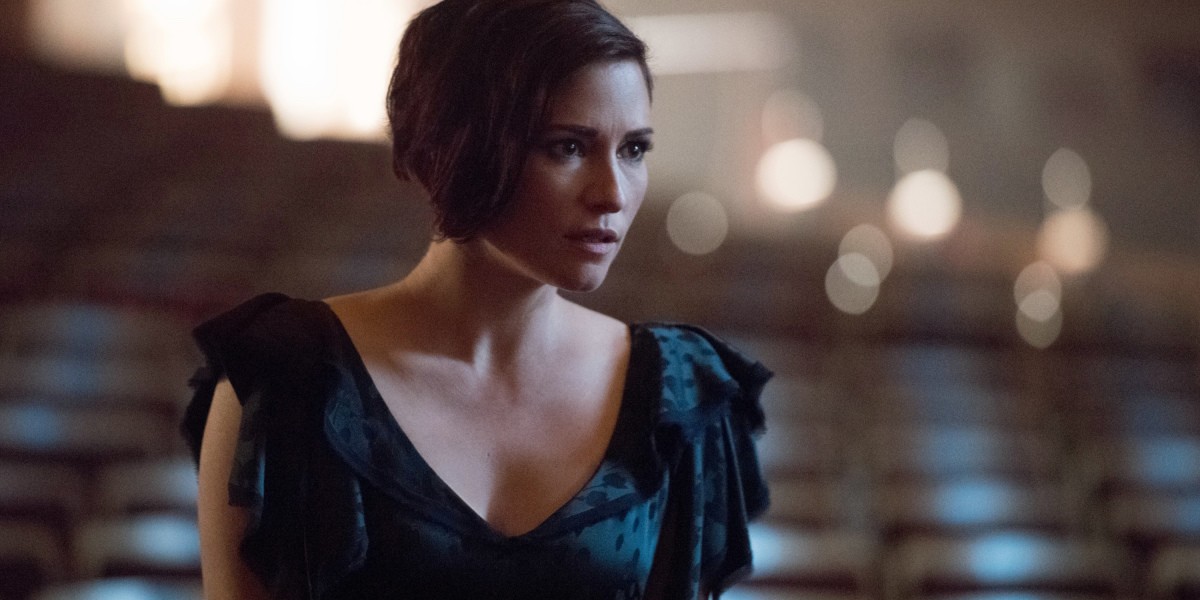 I truly love when the show focuses on Kara Danvers a little more than Supergirl because it’s rare. It’s clear that the writers are going to attempt to be a bit evenly split with the stories between Kara’s two identities this season, as this episode was about half and half (maybe leaning a little more toward Kara Danvers).

Kara will have one hell of a time fighting at CatCo this season with Andrea Rojas in charge. Despite winning the Pulitzer Prize for her incredible story on Lex and the former POTUS, her career is being threatened and her writing is being discredited. In this episode, Andrea came across as completely unlikable, at least to me, but I’m ready to see her dynamic explored and what she will bring to the show. She seems a little bland at the moment — more of a Snapper Carr than a Sam Arias — but I trust Julie Gonzalo to give everything she has to make this character leave a long-lasting memory on Supergirl fans.

And let’s not even get me started on William Day, okay? He’s already coming across as such an arrogant ass.

Alex and Kelly make a good couple, and I’m happy to see that the two are going strong after confessing their feelings and deciding to try a relationship. It’s also very clear that Kelly’s new position at Obsidian Tech will complicate things as the virtual reality world becomes a point of contention between Kelly and DEO Director Danvers. I’m hoping Supergirl season 5 puts Alex’s dream of being a mother aside for a while to focus on exploring and developing this safe, stable relationship she has.

J’onn not knowing he has a brother is quite surprising to me. This is one of the first times I’m excited to see J’onn’s story take some focus, as the mystery behind this and the role of J’onn’s brother in the “Crisis On Infinite Earths’ crossover must be important for The Monitor to have released him.

Anyone else disappointed that Midnight played such a small role in the episode? I feel like she’ll be back very soon for round 2, as she was the villain for roughly 9% of the episode, but for someone with her powers, she was stopped awfully easily. If they can stop a villain with strong powers this quickly, how are they going to spend a future episode fighting a villain for the majority of it?

Be sure to stay tuned to Hypable for future reviews, previews, and maybe even a few interviews, as we’ll be covering Supergirl all season long!