Supergirl season 5, episode 4 is a very captivating, intriguing episode. We’re now four episodes in, and it doesn’t feel like we’ve had a filler episode yet, as each has been so crucial to developing the story.

On Supergirl season 5, episode 4, Kara and Nia begin to look into William’s past and what he’s been up to in National City, while Lena realizes she needs something else for her research… and she just so happens to be offered the perfect opportunity to collect it.

Honestly, I’m very impressed by this episode, even if there were a few developments I absolutely did not want. The writing is solid this season, as it was for much of Supergirl season 4, and it’s just so refreshing to see the focus be on everyone, yet the story still be centered around Kara. The various sub-plots per episode, like the writers on The Flash this season, are also doing just work, and it gives (almost) everyone something to do in every episode. 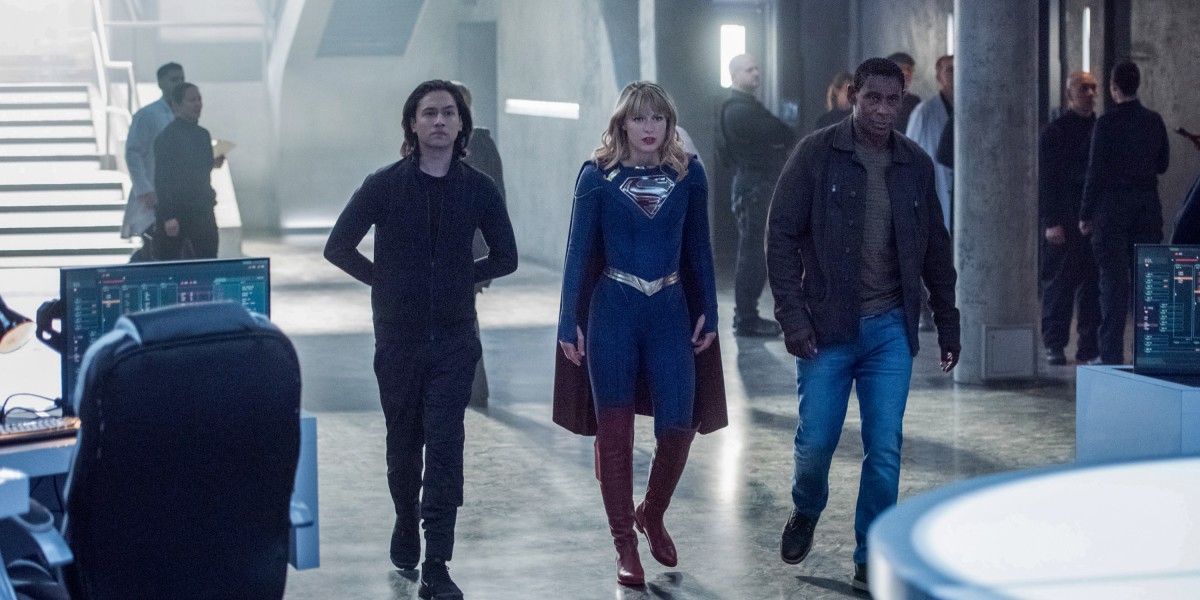 However, I’m a bit concerned over where the story goes from here. The two major developments that I thought people would have mixed feelings about — regarding William and Lena — are such game-changing moments that will shake up how the rest of the season plays out.

Additionally, the fact that after four episodes none of the season feels like pointless filler is also an improvement. I like when Supergirl (and the other Arrow-verse shows) take time to flesh out and develop one villain over a multi-episode arc, rather than having weekly villains that are unrealistically unstoppable for 75% of the episode. Malefic is proving to be quite an interesting opponent for Supergirl and the super friends.

That said, I really am beginning to wonder what role — if any — he’s supposed to play in preparing them for “Crisis on Infinite Earths” this season. 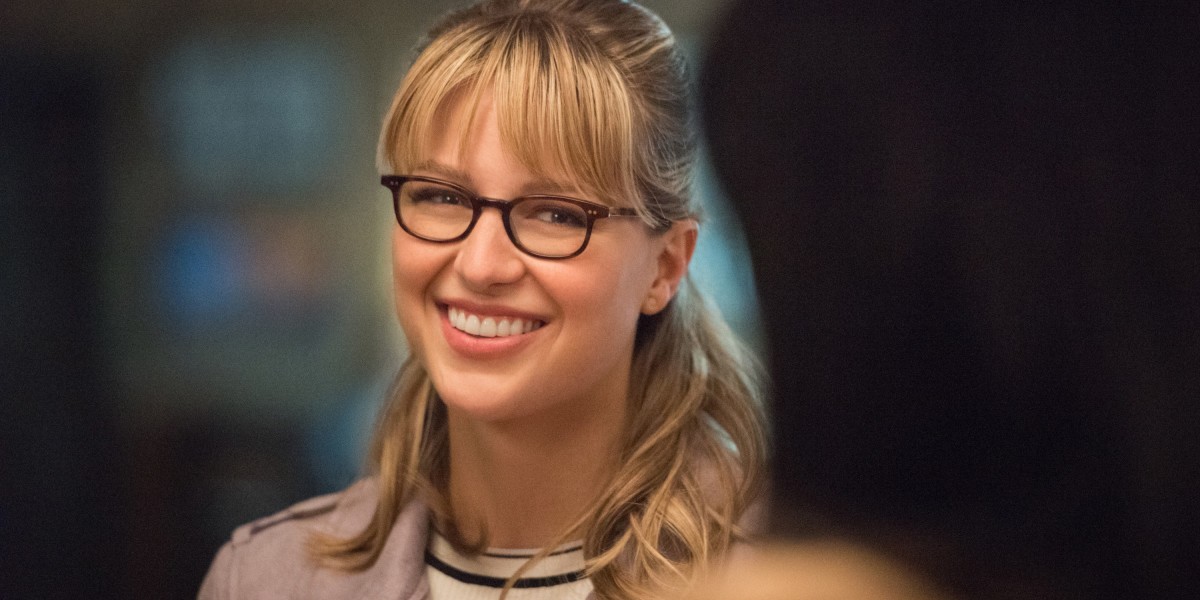 First of all, let’s start out with how lovely it is to see Kara and Nia working together as two badass journalists, with all of their contacts and friends that we’ve never met there to help them out. (Okay, maybe the last half was a little sarcastic, but I’m serious about the other part.)

William has seemed sketchy since Supergirl season 5, episode 1, and I’m glad that at least my shady bitch senses were right about him. This story could potentially turn out to be quite interesting, but I almost feel like it was too soon to introduce this twist.

In the midst of all of the Malefic drama, Andrea Rojas and Leviathan have receded to just a passing thought, as it’s clear they’re being saved for the latter half of the season. This would have been quite an interesting bomb to drop in the mid-season finale, tiding us over until Andrea would be (one of) the primary villain(s). 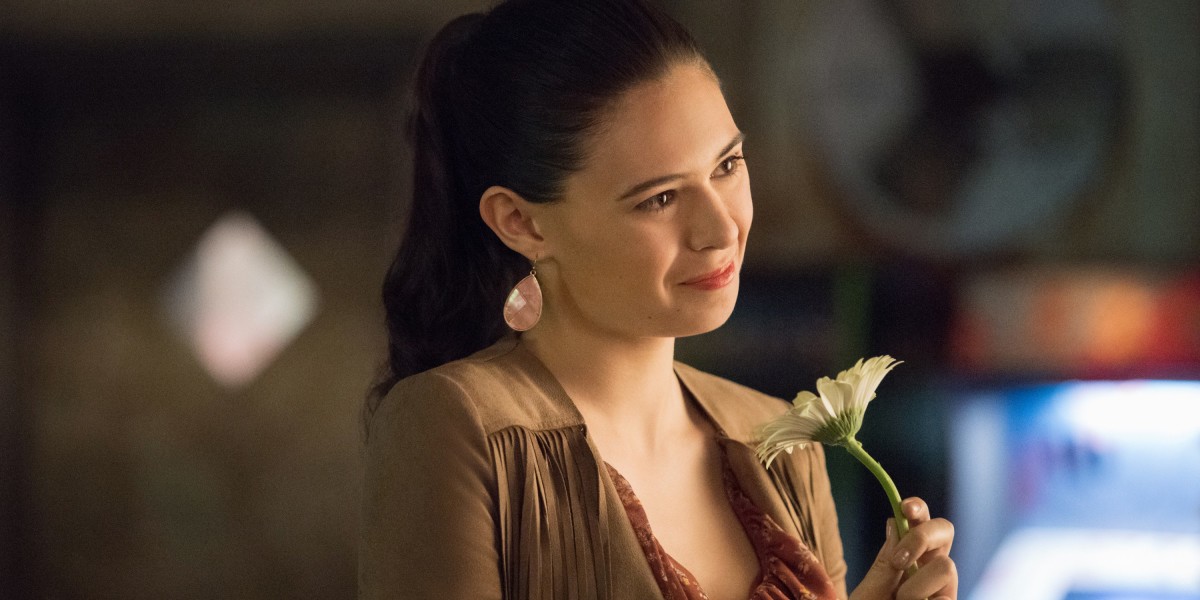 I also feel like we haven’t learned nearly enough about Andrea or her family for this revelation to have an emotional or jaw-dropping impact. Andrea’s seemed awful since she bought CatCo, and it was obvious her family was going to be in the middle of some terrible, shady things. Now that they’ve already made Andrea a suspect, I’m thinking she’s not going to turn out to be evil, but rather an unknowing pawn in her father’s game.

On a different note, did anyone else pick up some romantic cues during the scene where William revealed his story to Kara? It seemed like William was already feeling things — not platonic things — for Kara… and we’re only on episode 4.

Personally, I don’t want to see Kara have a love interest again this season. I loved Supergirl season 4 and how Kara focused on being a reporter, being Supergirl, and her family and friends. That’s exactly the kind of content I want to continue to see.

And, if William is being introduced as a romantic interest for Kara, why did they have to do it this way? Are the Supergirl writers against men not being assholes to women? I don’t care if it was all an act; William came in, treated Kara like absolute shit, degraded her abilities and her work, and made Kara uncomfortable being around him. His plan worked, but that’s not the way I want to see another love story of Kara’s start, regardless of the person it’s with. 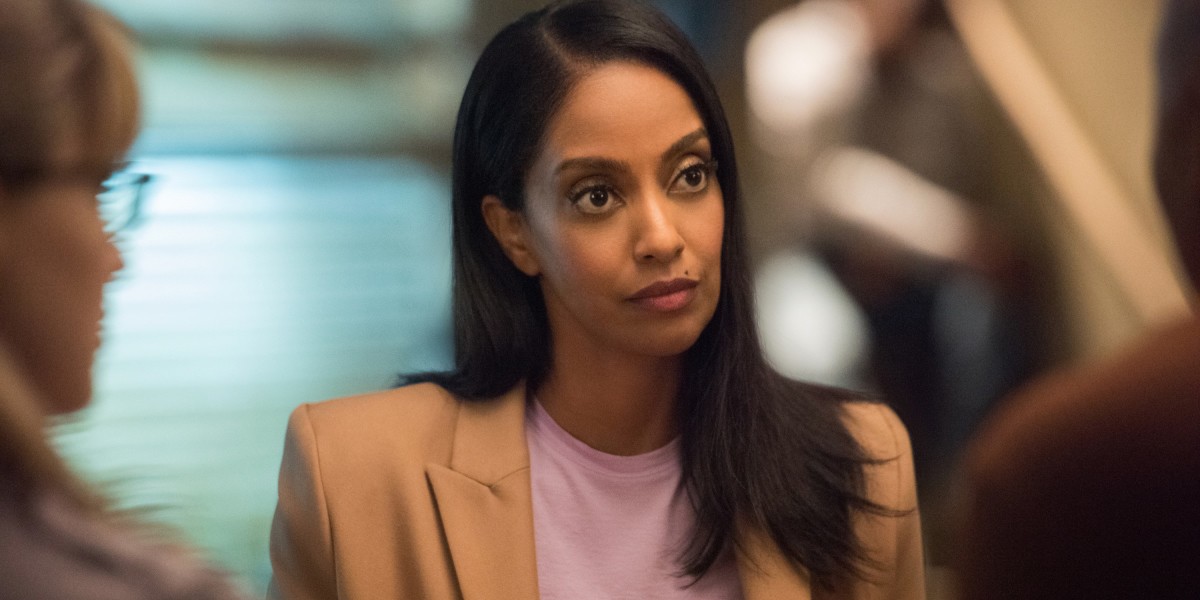 Goodbye, James. It’s so crazy to think of how much the Supergirl cast has changed since season 1. There are now only three remaining main characters that were around in the beginning: Kara, Alex, and J’onn. Everyone else has departed for various reasons, and it’s so sad to see. While I wasn’t always James’ biggest fan because the writers clearly didn’t ever know what to do with him, his presence on the show will be missed.

I think the way James’ story ended was perfect for him. No senate run, nothing like that, just going back home to stand up and fight for everything he’s fought for in the past.

I also didn’t think this sub-plot really fit in the episode, but that’s just because it was written to provide Mehcad’s exit from the show. (Did it feel like a backdoor pilot episode to anyone else?) It was a great ending for Jimmy Olsen, but left it plenty of opportunity to see more from him in the future.

Kelly’s story this season is one of my favorites. I love that she’s becoming an instrumental part of Team Super Friends, and that she has this new connection to Malefic that makes her invaluable and the key to stopping him. It’s giving Azie Tesfai a lot of material, and she’s really killing it. Bravo. 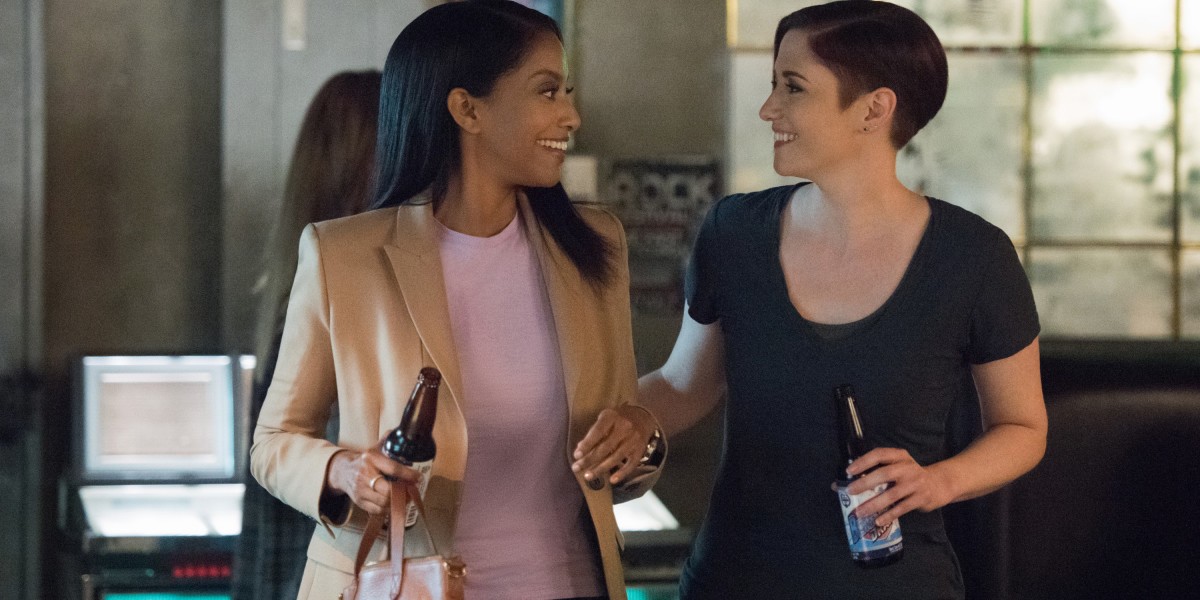 This is a duo that we need to see much more of in the future. Lena and Brainy have an understanding of each other that isn’t shared by anyone else, just like Kara and Brainy do, due to being aliens. The intelligence levels of Lena and Brainy isolate them a little from the rest of the world because they think about things much differently than anyone else does, and beat themselves up even worse when there is a problem they can’t figure out.

It’s not easy for either of these two to ask for help, as we saw with Brainy becoming frustrated over his repeatedly failed attempts to fix the Phantom Zone Projector. But when these two come together and create a solution, magic happens. I wouldn’t be surprised if Lena secretively sought Brainy’s help for her project.

Every episode, Lena comes closer and closer to crossing the line. Still, after tricking Kara and capturing Malefic, I don’t thinks she’s done that yet. She hasn’t, technically, hurt anyone in the process of conducting her research. But she’s coming closer.

At this point, I don’t know what could save Lena from going down the rabbit hole, but I suspect if/when Lena does actually hurt someone, that will snap her back. She’s not a villain or a monster, and she genuinely feels like she is trying to do what’s right and best for humanity. If she sees firsthand that it isn’t what she hoped it would be, she’ll stop. At least, I would think so, based on her stories over the last three seasons. 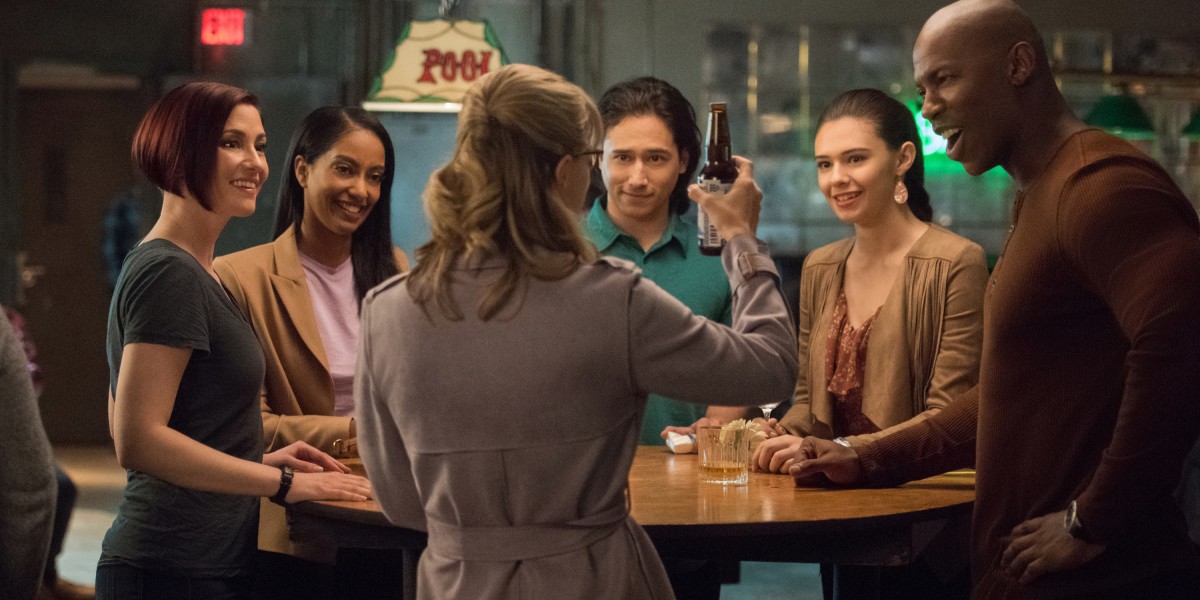 As incredibly interesting as the “no lethal force” debate is to revisit every so often on all of the Arrow-verse shows, it was a little more bearable because it was between Alex and J’onn. I feel like they’re usually on the same page, so to see a little crack in their ideals, it was revealing.

Since Alex took charge of the DEO, we haven’t really seen her actually be in charge, not even on this episode. Everyone is countering her ideas, or we just don’t see what goes on at the DEO, making her promotion feel pointless, particularly throughout Supergirl season 4.

I’m not understanding what the writers are hoping to do with Alex this season. Aside from her relationship with Kelly and being controlled by Malefic twice, have we seen much of Alex? What is her story even supposed to be about this season? Now would be the chance to show her leading the DEO, maybe even occasionally clashing with Kara over how to handle a situation, and discovering how her job impacts her relationship with Kelly in a way it never did with Maggie (due to their similar lines of work).

As for J’onn, his story this season is, for once, exciting. I’m enjoying this conflict with Malefic and what it is revealing about J’onn, though like with Alex, I’m questioning where exactly this is going to lead. After Malefic’s gone, how is J’onn going to change? What will be different? How will this story impact his future? It’s not really clear, which I’m concerned about. 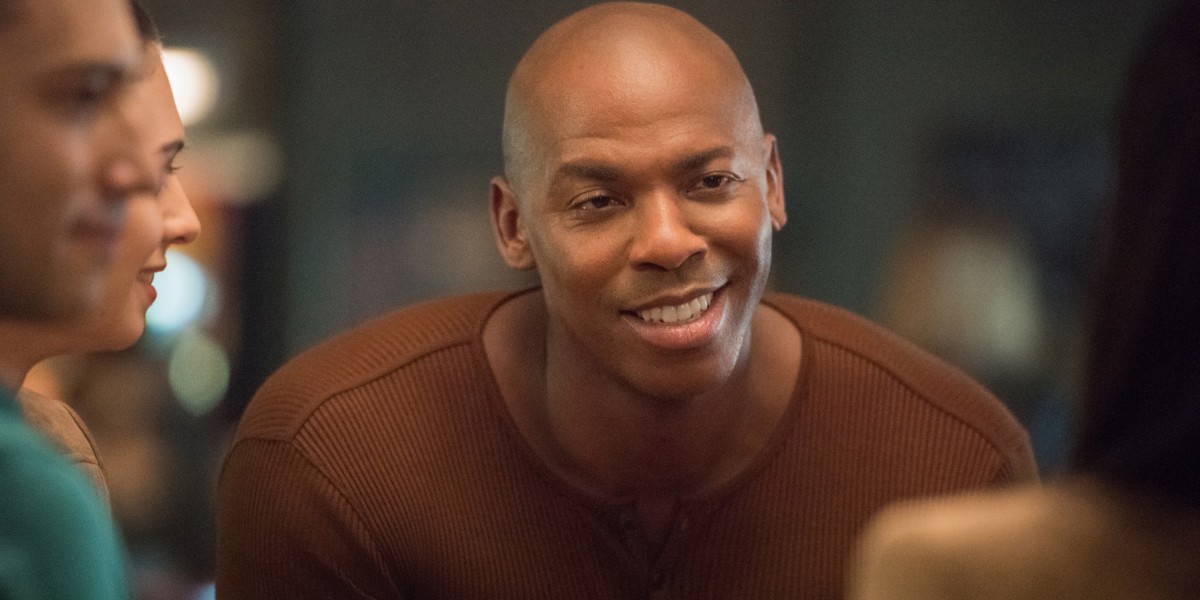 Supergirl season 5, episode 4 wasn’t my favorite episode, but it did contain some of my favorite character moments this season for the men of the show. If these episodes are any indication of how this season is going to be, then I’d say we are in for a wild, exciting, and crazy ride.