If you’re unfamiliar with one of the grandest gaming masterpieces in not only the Legend of Zelda series but overall game industry, here’s why the best Zelda game of all time is the beautiful Ocarina of Time.

In November of 1998, Nintendo brought The Legend of Zelda series into the 3D world with the N64’s Ocarina of Time. Immediately, the world fell in love. Ever since, that love affair with the best Zelda game of all time has only grown. 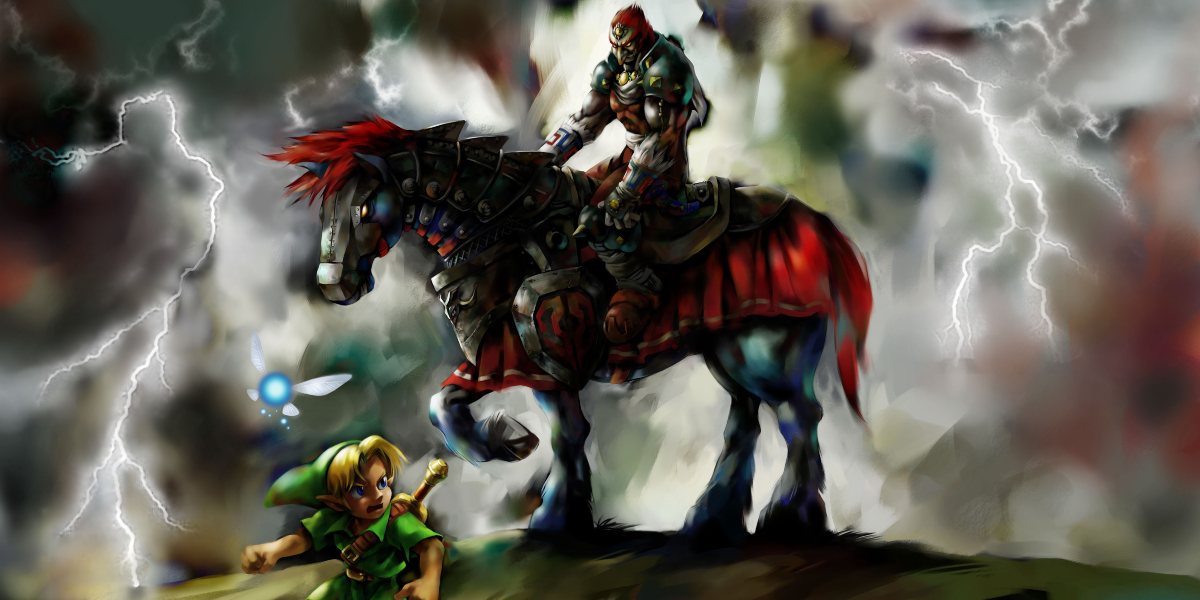 While the Grand Theft Auto games popularized open-world video games, Ocarina of Time was the first to get it right. The 1986 Game Boy game The Legend of Zelda had an open-world, but it was in the series’ transition to 3D where the overworld truly came to life.

The open-world of Ocarina of Time is dynamic, with the transition from day to night triggering elements like the closing of the castle gates to keep out the more intense nocturnal monsters. The sound design transitions day to night in a beautiful fashion, with the overworld’s soundtrack seamlessly flowing from one to the other.

The Ocarina overworld is both beautiful and fun to explore. Secret entrances to Fairy Caves and side dungeons can be found by falling down a dark pit or bombing a wall at a specific spot. Distant landmarks such as Death Mountain and Hyrule Castle implore you to complete quests and see every corner of Hyrule’s lands.

All in all, Ocarina‘s open-world brought the best Zelda game into the limelight, as it was doing a lot of things that games before it had not yet accomplished.

A tale of two Links 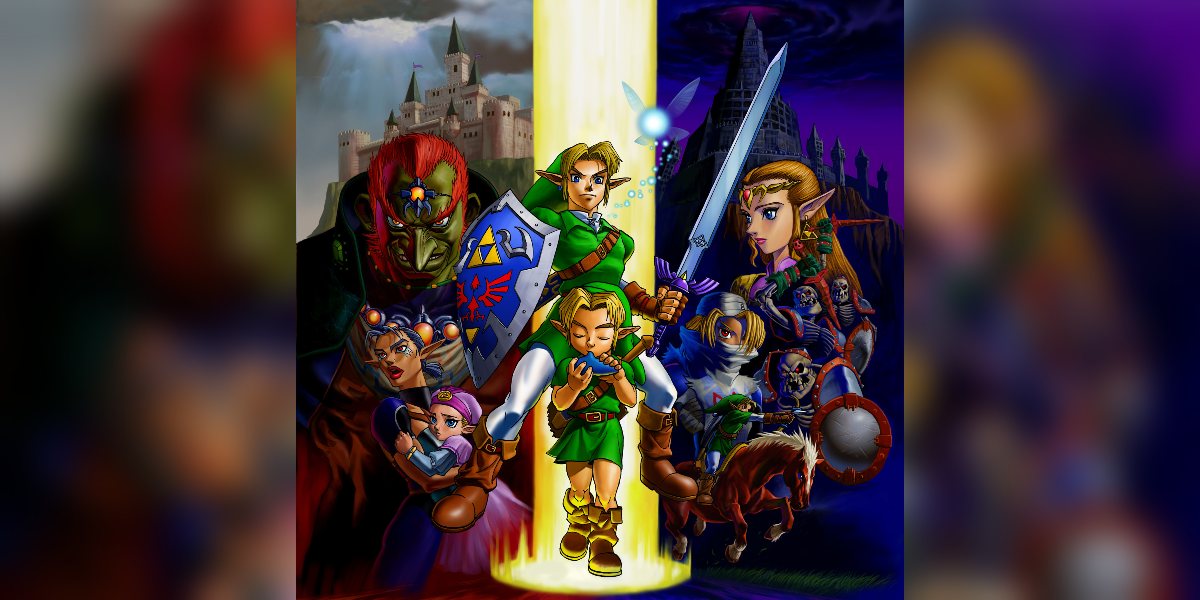 The story of Ocarina is epic, to say the least. Short only of Homer’s Illiad, Ocarina is one of the most effective adventure stories ever crafted. Ever.

From Link’s humble beginnings in the Kokiri Forest to his final time-traveling showdown with The Evil King Ganon, the storytelling of Ocarina demands that the sky is the limit. Full of twists (Sheik is Zelda???) and turns (you can TIME TRAVEL???), there is nary a dull moment in the epic tale of the Hero of Time.

The build-up from Young Link’s time in the Lost Woods up to when he enters the Temple of Time crafts a looming tension, that which grows all the more heavy come Link’s adulthood. With Hyrule having fallen to Ganon’s reign, Link’s struggles to restore light to a desolate land continue to inspire players to this day. 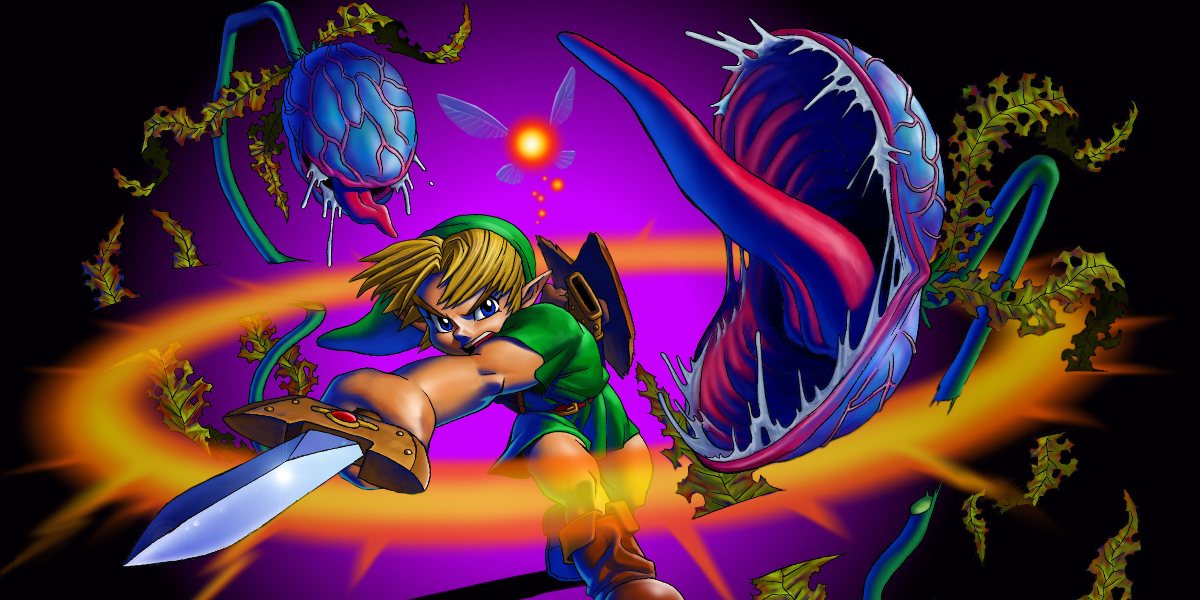 Simply put, there has yet to be another video game that can hold a candle to Ocarina‘s impeccable dungeon design. Absolutely none of them are forgiving, yet still (mostly) fair. While the aforementioned Water Temple is a hotly contested level, it cannot be denied that the rising and lowering water levels of that dungeon are painstakingly planned out perfectly.

Standouts like Death Mountain’s Fire Temple and the Spirit Temple prove that Ocarina‘s development team knew they were crafting an experience meant to be enjoyed by gamers for many more years to come.

The Gerudo Training Ground has always been a personal favorite for its fun stealth elements and catchy soundtrack, but Inside the Deku Tree will always have a special place in my heart. From weapon upgrades to boss keys, every dungeon in Ocarina challenges the mind and mettle of any seasoned gamer.

If you thought a game that released over two decades ago was done evolving, think again. Since the advent of the internet, Twitch streamers and Youtube game channels alike have been uncovering the secrets of Ocarina of Time in the practice of speedrunning and randomizers.

For those that don’t know, speedrunning is the act of completing a video game in as fast a time as possible. They can be done in a 100% format, any percent (of items/quests), or a glitched run. Randomizer ROMS change up where key items are found so as to recapture the magic of playing the game for the first time.

Ocarina is a very well-made game. This is especially true when it’s compared to a title like, say, Pokémon Red or Blue, which are held together by digital duct tape. While there are exploits galore in Ocarina‘s code, in terms of casual play, the game holds up. If you don’t use boundary-breaking glitches or camera exploits, Ocarina still plays wonderful in speedruns.

Even now, there are new glitches, hacks, strategies, and tricks being discovered in this 21-year-old game. Most video games do not see anywhere near that interest, let alone staying power.

If the speedrunning community has anything to say about it, the best Zelda game isn’t going anywhere anytime soon.

What do you think is the best ‘Zelda’ game?