On The Flash season 6, episode 2, Barry and Iris work together to stay positive and not give up after hearing what the Monitor has seen of Barry’s future, leading them to Earth-3 Jay Garrick and Joan.

The Flash 6×02 was, honestly, one of my favorite episodes of the series. I love when Barry travels throughout the multi-verse because it’s so fascinating to see these other Earths and how they look. And it’s always nice to revisit a few familiar faces as well.

This episode was everything I wanted The Flash 6×01 to be. Seeing Barry deal with the impending “Crisis” and working with Iris to find a way through it was quite a beautiful glimpse at their relationship (and extremely sad). But these two have such a strong bond that nothing, not even a little thing like billions of people dying, will keep them apart. 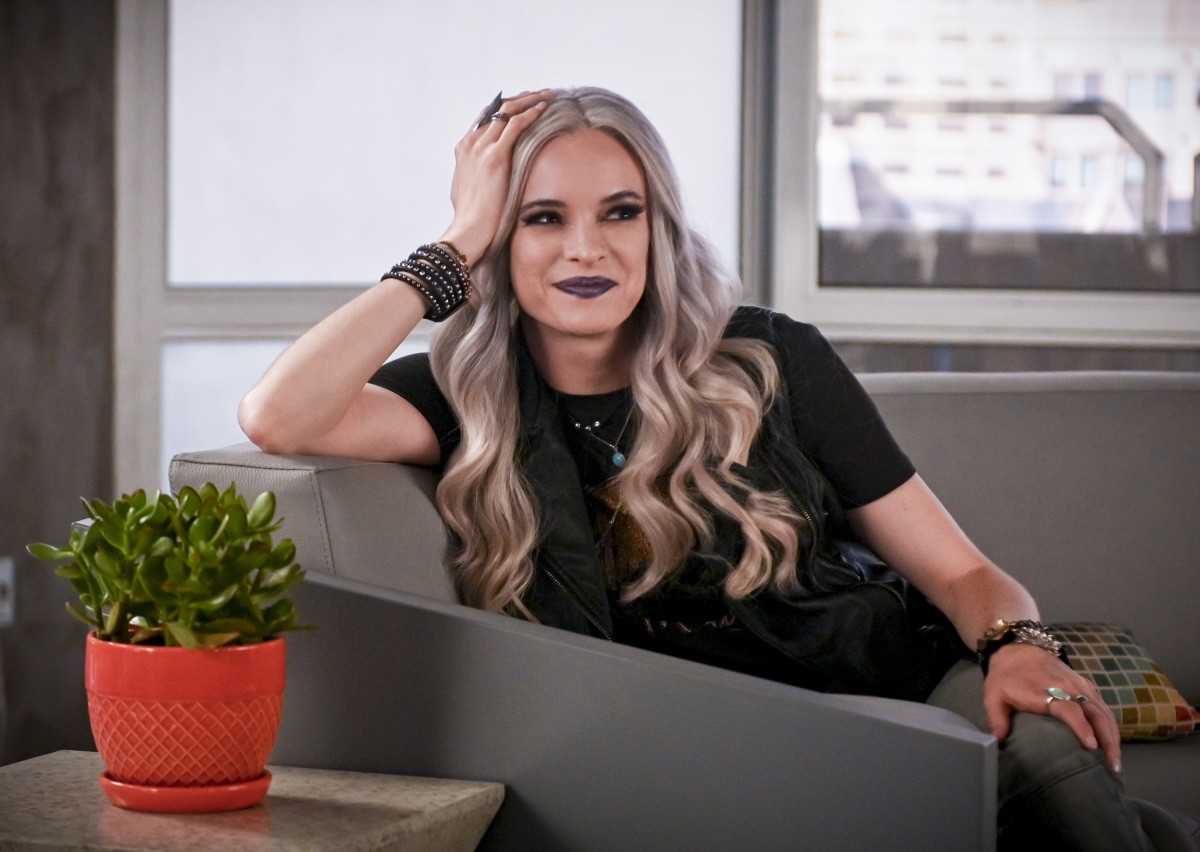 I’ve been a little hesitant to see Killer Frost have her moment in the spotlight, leaving Caitlin out in the cold in her own body, but the events of the episode left me pleasantly surprised. Being, as Kamilla put it, Caitlin’s other half, Frost has never had to be the one to build relationships. Her terrible remarks at the art show were just the start of all of the growing pains she’s going to experience if she wants to live in the real world.

Props to the writers — and to Danielle and Carlos — for the scene between Frost and Cisco. Hands down the funniest scene of The Flash season 6, episode 2 (and maybe of the last two season combined). Frost’s drawing was, just, *chef’s kiss*. It was immaculate and beautiful, and Frost’s talent is tantalizing.

So, maybe not, but it was nice to see Frost let go and have a laugh at her own expense. This scene showed that she’s capable of being a human being, understanding the feelings of others, and developing strong relationships with everyone on Team Flash that aren’t reliant on Caitlin’s past with them. I, for one, am beyond excited to see more of Killer Frost this season. She’s quickly becoming my favorite character. 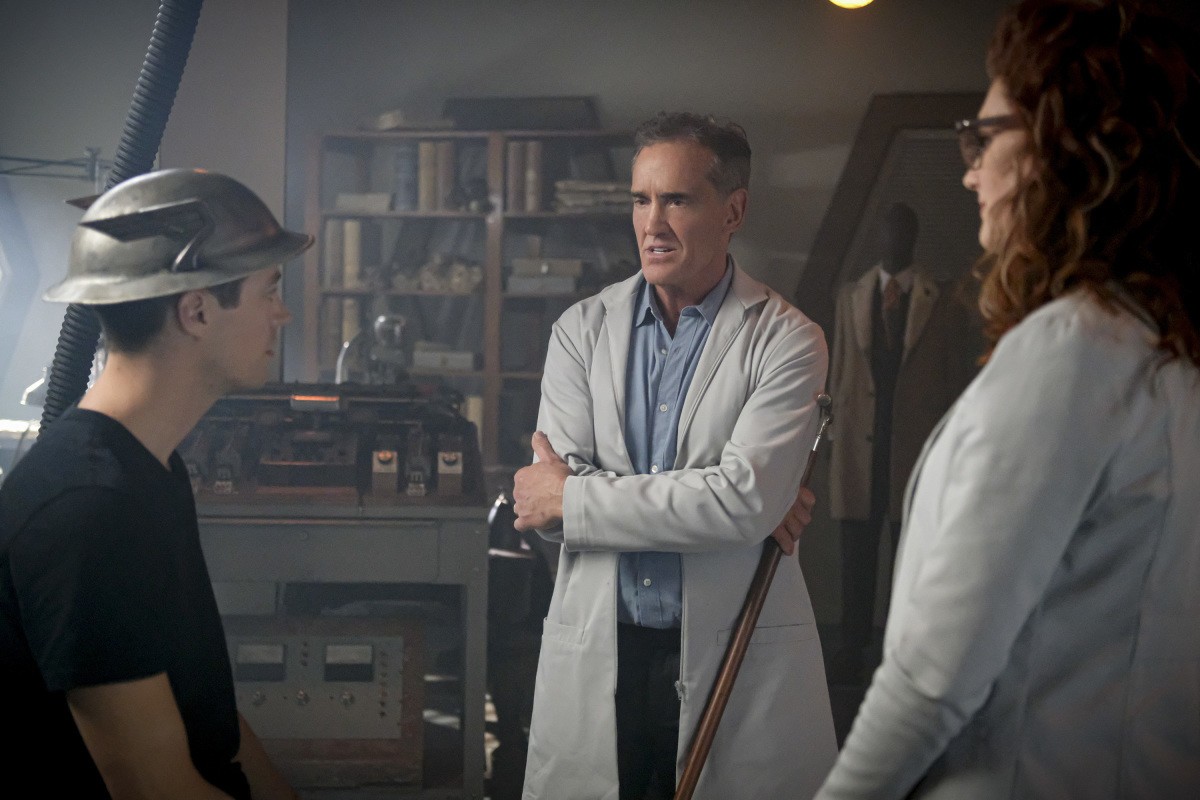 Cecile’s powers, like for many other fans, have driven me a bit crazy since they were first introduced. Thankfully, it’s been beaten down from mind reading thing to more of an emotional read, which makes it a little more bearable. Helping Allegra not only put Cecile on a new path, but gifted Iris with the newest member of her Central City Citizen team.

Cecile’s stories seem to have always been a hit or miss since her introduction on The Flash. Some of them have been unbelievably annoying, while others have been some of the top stories the writers have told. I’d classify this as the latter. Cecile’s behavior in this episode was truly impressive, even though it seemed to come out of nowhere. And her new career venture seems like the perfect opportunity for more stories for her, Iris, and Barry.

Cecile and Iris working together in these last two episodes has been wonderful, and the mother-daughter bond they’re developing is so well-done and becoming one of my favorite relationships on the show. As a defense attorney and with her powers, Cecile can give Iris the lead for a story and watch her daughter-in-law work her reporter magic, solve the case, and with Barry, Ralph, or Caitlin’s powers, they can all save the day.

I assume that Cecile’s new position, paired with Iris’ journalism, will also lead into some politically heavy stories, which would be a welcome addition to The Flash. There are many stories they could now tell — using Iris and Cecile’s career perspectives — that could lead many villain-of-the-week episodes and maybe even larger story arcs throughout the coming seasons. 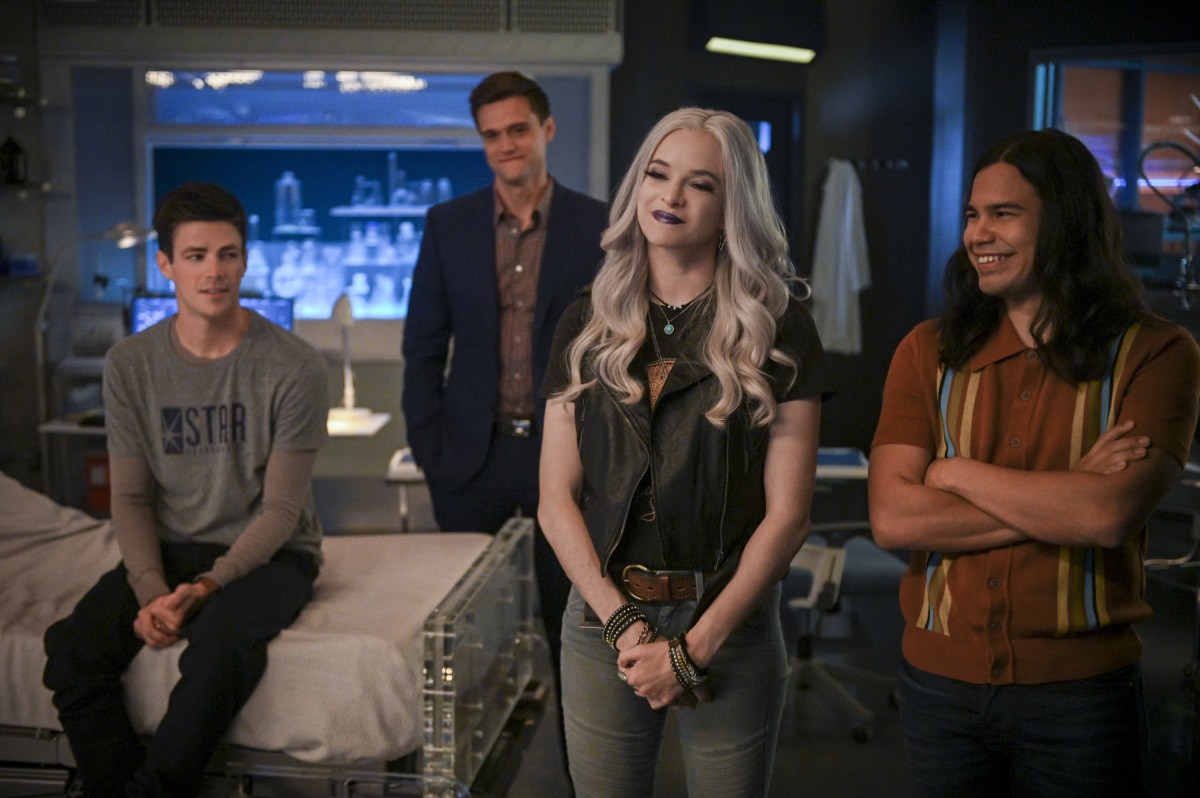 God, Barry Allen is such an incredible hero. It took a little while for him to get back up and realize that being the Flash is what he was destined to do, but thanks to that perfect one-on-one with Joe, Barry realized that his legacy is about so much more than living a long life. He’s one of the heroes that is going to save the multi-verse, save Iris and his friends, and sacrifice himself — if necessary — when the time comes to save others. That’s who Barry Allen is and always has been.

After seeing Jay and Joan from Earth-3, I’m desperately hoping we get a scene with Barry and his parents this season, be it hallucination or otherwise. But even if we don’t, having those two around occasionally is great, and it is always so interesting to see the interaction between our Flash characters with familiar faces from other Earths.

But, the highlight of the episode was definitely Barry’s trip to the future(s). I’m thankful the Flash writers went with the most obvious route and tried to have Barry travel in time to the day after his supposed death, and they found a very intriguing and unique way of delivering on the plot while still keeping the events and outcome of “Crisis on Infinite Earths” a secret. Watching Team Flash die, as Barry attempted to live and keep them all safe, was his rude awakening that, yes, the Monitor was right. Even though Barry will keep fighting, it’s exciting to think about how exactly he will “fight” what he knows is inevitable.

Not giving up appears to be letting go of the hope that he will live and fighting to save everyone else. Nobody can ever understand what Barry has already gone through for this crisis, as he experienced billions of possible outcomes and watched the deaths of everyone he loved over and over again. Barry’s already sacrificed so much that facing the ultimate sacrifice for his friends and Iris will be simple for him. In order for billions to survive, the Flash must die. 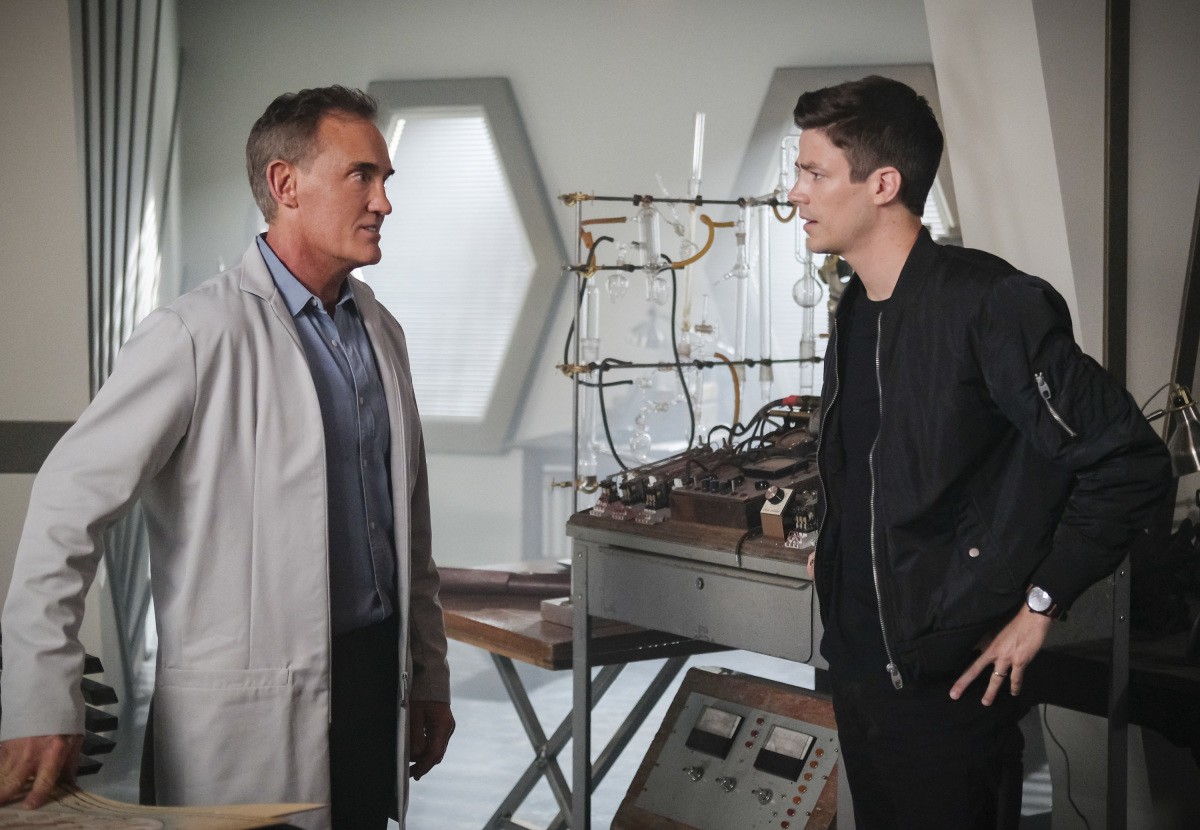 This season is quickly picking up the pace as all of the stories converge and collide on “Crisis on Infinite Earths.” I absolutely loved this episode, though I don’t understand why this wasn’t the season premiere (obviously with a few changes between the two episodes). Barry’s story would have launched the season on the perfect note.

I adore watching Killer Frost and Cisco interact. Seeing as Caitlin and Cisco have such a close relationship, I’d love to see him get closer to Frost over the course of the season, and to watch a real friendship be built there. However, it seems like Ralph is going to be Frost’s best friend instead, which I’m hoping stays as such. We don’t need to see anything more than a platonic relationship between those two.

Iris and Barry prove themselves to be such a power couple in every episode as they work together to face the threats of Central City (and now the multi-verse). I hope we see more soft, loving moments between them that aren’t overtaken by the coming threat, as Barry knows he’s going to die and will probably want to spend every free moment with Iris.

The Flash season 6 should include more of Kamilla. Her relationship with Cisco is so sweet, and I know all of us fans would love to see what business is like with her and Iris at the Citizen.

What did you think of The Flash season 6, episode 2? Is “Crisis…” gearing up how you thought it would? The Flash airs Tuesdays at 8 p.m. ET on The CW!