On The Flash 6×03, Barry reveals to Team Flash that “Crisis on Infinite Earths” is coming… much sooner than originally anticipated, leading to an episode of Barry preparing Frost for his disappearance from the team.

On The Flash season 6, episode 3, Barry begins to deal with his inevitable future (or lack thereof) and starts attempting to prepare the team, however slowly, for “Crisis on Infinite Earths” and protecting Central City after he’s no longer around.

As great as this episode is, I would have loved to see more from Iris at the Citizen. What we saw, briefly, was great, but I’d love to see more interaction between Iris and her employees and her growing pains when starting a new media outlet. It’s not easy, especially in 2019, so Iris would be experiencing a lot more than we’re being shown on-screen. I also think we should have had more scenes between Barry and Iris. They’ve just learned that he’s going to die in a few weeks. So as much as I understand Barry wanting to make sure Central City and those he loves are safe when he dies, it seems a little off to not have a few more intimate moments. 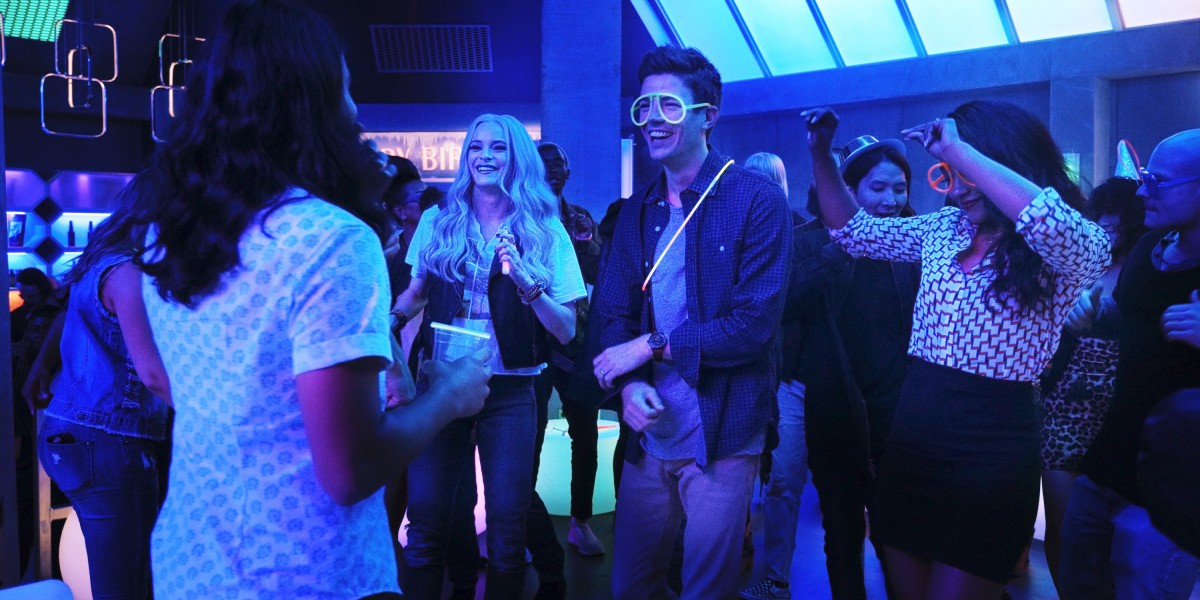 Like on Arrow, Barry’s soon-to-be encounter with death is really putting his journey and legacy in perspective. Though the shows aren’t tackling it in quite the same way, I love this story depicting Barry’s acceptance and preparation for his supposedly inevitable death. Introducing a villain like Bloodwork, though he may not be the strongest villain, could not be more perfect, as Barry and Ramsey are truly both dealing with the same fate and it’s showing two ways of dealing with it.

One, like Barry, is to accept it and prepare to leave the world as best you can. The second, like Ramsey, is to fight it and cause harm to others in the quest to save yourself. Two sides of a coin, and after this story, Barry will be less likely to fight it during “Crisis on Infinite Earths” later on. Even though this episode was much about preparing Frost for life after Barry, it was also about Barry accepting his fate and deciding how he wants to leave the world. Barry Allen is such a great character, and I’m so excited to see where his story goes from here.

Cisco and Iris… and Nash

This is a pairing we don’t see nearly enough on The Flash. Iris and Cisco’s mission to track down the new Wells was great. It was nice to see Iris “save” Cisco from Nash, to feel the lightness of their scenes together, and to see just a little bit of the friendship they share. (Though, like with all of the other characters on Team Flash excluding Barry, I’d like to see their friendships with each other explored a bit more.)

I really wish we were getting more of an understanding of how Cisco’s life has changed without his powers. So far, it’s kind of just been glossed over, and the growing pains period is non-existent. Aside from one passing comment on The Flash season 6, episode 1, Cisco has been quite mum about losing his Vibe powers. Hopefully it’ll be explored in an upcoming episode, though it’s not even clear whether he’ll get his powers back or not. 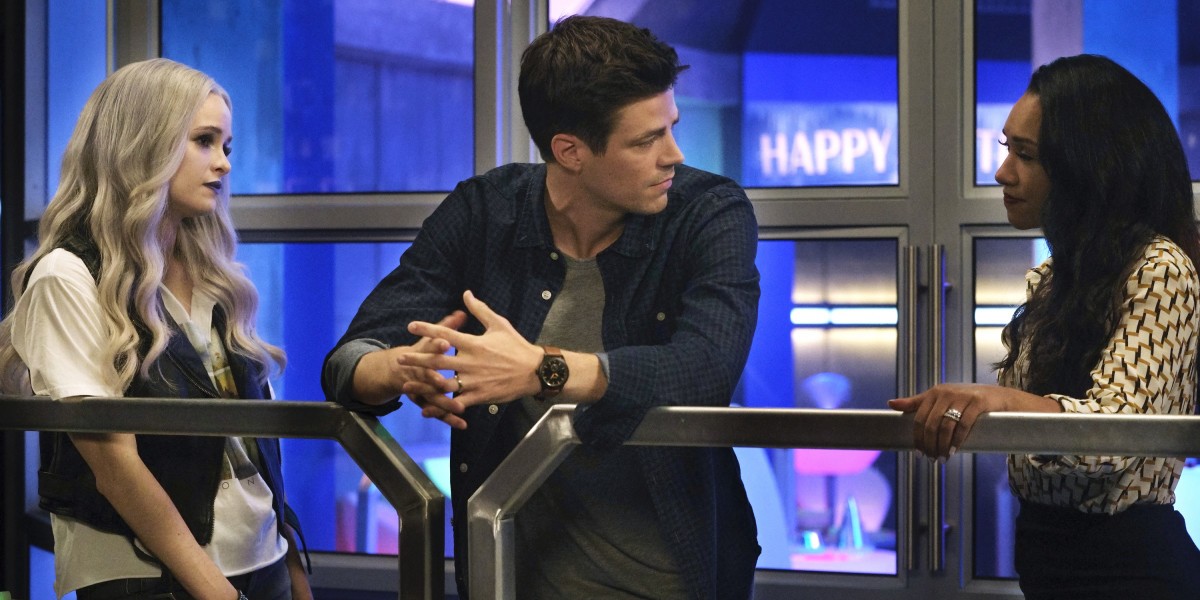 It was interesting to see the first focal point of Barry’s struggle to prepare the team be Frost, but I’m disappointed in the writers for not having Caitlin take part of this episode. The group interaction at the beginning and end, where Barry and Iris inform Team Flash of what’s coming and of Barry’s imminent death, should have had Caitlin instead of Frost. Caitlin is the one who has been on the team since the very beginning, and it was kind of awful for the Flash writers to leave her out of those crucial moments.

Any way, moving past that, I am genuinely enjoying Frost’s story so far this season. I like that more time is being taken to explore the implications of what it has meant for Frost to be inside of Caitlin for the last three decades, only being called out when Caitlin needs protection. (Also, it makes my brain hurt to think that the Caitlin we knew on The Flash seasons 1 and 2 didn’t have Frost, but this one, who also experienced all of those same things, did… but I digress.)

The decision to focus on Frost first and tying in this Bloodwork story was very smart. Frost’s anger has always been her weakness, and it’s what has driven her to commit such heinous acts over the years. She’s been unable to control her emotions until recently, and it’s so refreshing to see her take another step forward and be the hero for a change. It’s also very intriguing that Frost was the first one to figure out that Barry was going to die during “Crisis on Infinite Earths” when no one else had.

Frost clearly has insight on the emotions of others (much better than her own), and I wonder if that’s something to do with how her and Caitlin have worked all of these years. She’s been Caitlin’s defense mechanism, so she’s had to watch and wait for Caitlin to need her, learning the many cues of various emotions. This is a story I’d like to see explored further as Frost continues to develop her own life. 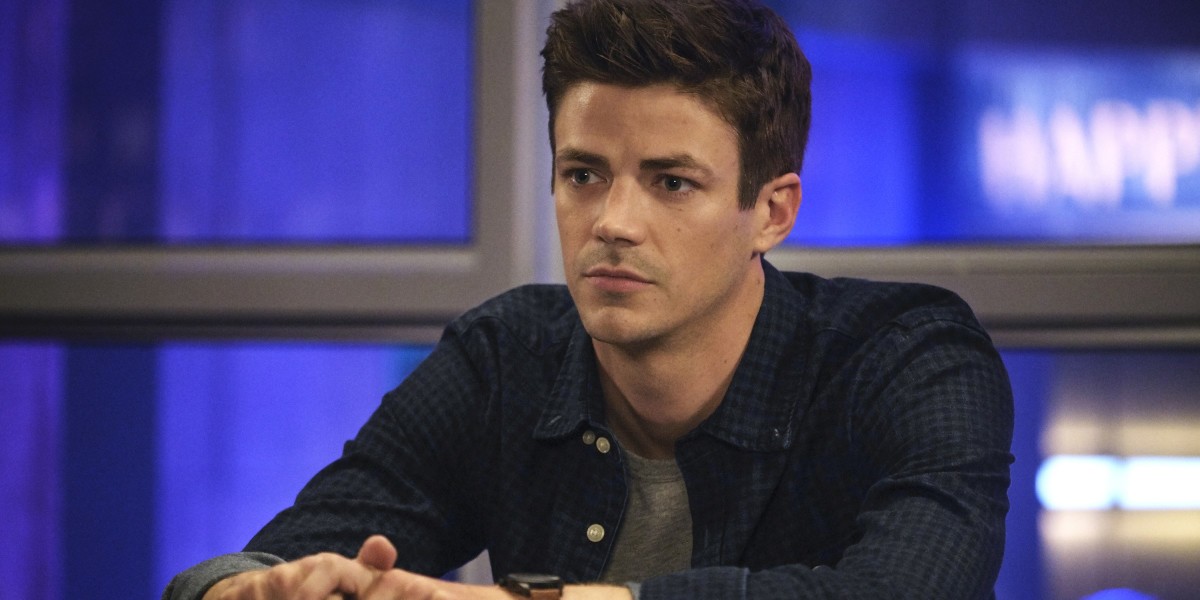 So, you’re telling me, Ralph never found it suspicious how all of his mother’s boyfriends just died? Even as he matured, he never, ever, questioned it? Some stories are supposed to be grounded, like this one, but require way too much suspension of disbelief to work. While it was nice to see how Ralph and his mother interact, especially because we haven’t met very many people from Ralph’s past, this entire story was just really unnecessary and could have been used to further explore the dynamic between Iris and Allegra at the Citizen instead. 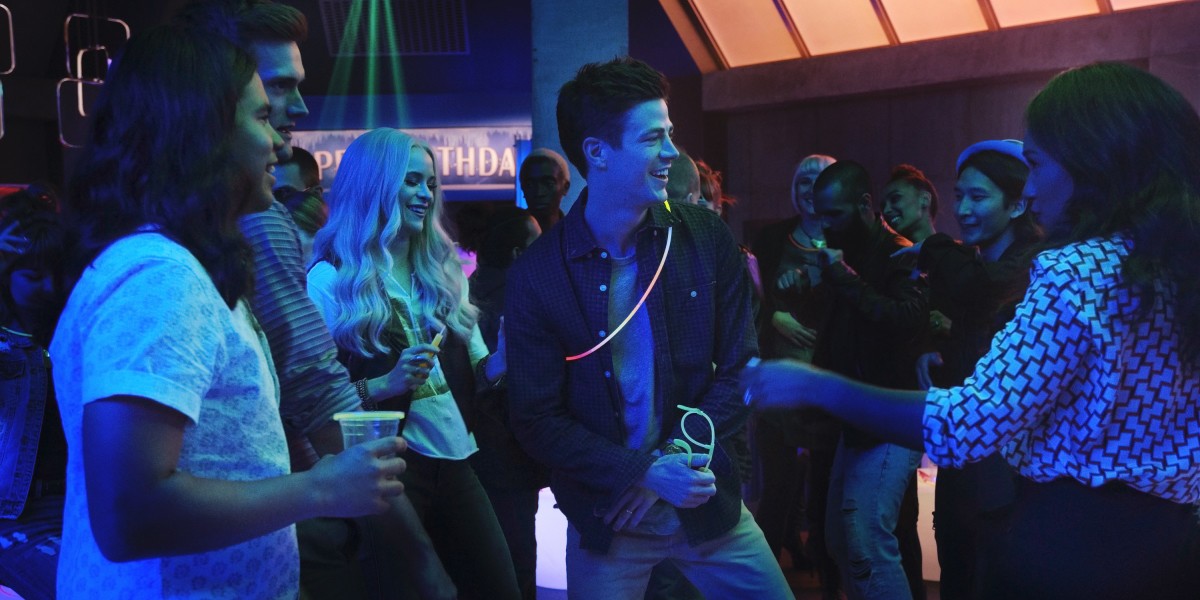 The Flash season 6, episode 3 is a mostly solid episode. The stories between Barry/Frost and Cisco, Iris, and Wells held important moments for the coming episodes, but Ralph’s story just felt like a way to give Ralph and Cecile something to do. As much as I love the multiple plots per episode, and each character getting focus without taking away from Barry’s story, this episode just didn’t quite work as well as the first two.

However, it still kept me excited and in anticipation for further exploration of the upcoming “Crisis on Infinite Earths” and how this show will be impacted by the aftermath.